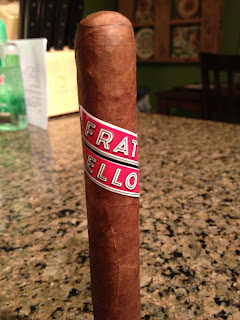 I can not say for certain, but I am fairly positive that the cigar industry has not had a cigar manufacturer who use to work for NASA. The man in whom I am talking about is Omar de Frias from Fratello Cigars, and he is a new player in this lovely game. Before entering the industry Omar's role at NASA was the lead for the Integration and Evaluation Team of  NASA's Science Mission Directorate. I have no idea what that means, but while there he was given a rather high budget, even for NASA. Along with that, Omar was once a professional basketball player! He is probably one of the most versatile cigar manufacturers in terms of careers that he has had in his life, and that has to play a factor in some way on the production/manufacturing/blending of cigars. :-) No matter his past careers, he is a cigar manufacturer that became one because of his love for cigars. He did not inherit the company from his family, but is an entrepreneur that entered into the cigar industry our of passion and love.


Fratello Cigars is a company that just announced their presence in the industry at the 2019 IPCPR, and have been finding their ways into retail shops across the nation. There were media announcements before the show, but I think a company truly announces its presence at the show. While the company is new to us, the company has been in the works for Omar since he was a young boy. Growing up in the Dominican Republic he lived next to a cigar shop. He constantly was going into the store and eventually the owner, Don Rafael, showed him how cigars were made. The roller handed him a cigar and said "Kid, welcome to the true gentleman's club." From that moment Omar knew he was entering a brotherhood with fellow cigar smokers and wanted to create his own cigar. He calls his company and first line Fratello because of his experieinces. If you did not know the meaning, fratello is Italian for brother. 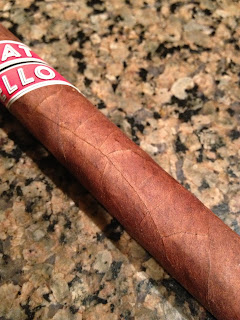 Fratello is the first cigar line for the company, and is released in four vitola offerings. The cigars are made in Nicaragua, and are made from a wonderful selection of tobacco. The wrapper on the cigar is Nicaraguan Habano, and is simply gorgeous. Underneath that is is an Ecuadorian Sumatra binder and a filler blend of Peruvian and Nicaraguan tobacco. The cigar sports a unique and fun band, and it has a nice barber pole vibe. For this review I chose the Corona offering, and the cigar measures 5.5" with a 46 ring gauge. The wrapper has a beautiful Colorado coloring that sports some terrific red clay characteristics, and has a solid cap as well. There are a few veins present throughout and it is has some oils while remaining silky to touch. The aroma of the cigar is that of spices, leather and meat, and I get some tobacco, spice and earth notes at the foot as well.

The first third begins by showing tons of flavors. There are some terrific peat notes upon lighting and then I am greeted by tons of defined spices. I am getting some cinnamon, ginger, cayenne and a nice bit of red pepper. There are some terrific earthy and leather notes present with as well, and they are more on the finish, making it balanced to the palate. I would say the strength of the cigar is at a medium level and the body at medium full. It is a very nice beginning to a cigar, and is a cigar that I would not begin the day with, but have early afternoon. The construction of the cigar is solid thus far and I am getting a nice burn line, fairly razor sharp, and it is producing a lovely light gray that is firm on the end. There is a cool draw with the smaller ring gauge, and the cigar is constructed very well. 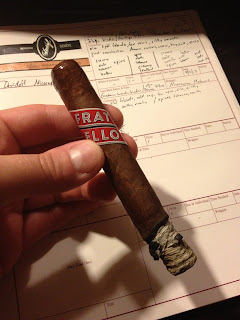 I am in the second third of the cigar now and the flavor profile has showed some transitioning while keeping some of those great original flavors. I am seeing a rise in this oaky and rum flavor to the cigar, and it is also showing some more meaty characteristics. The spices are stronger than they were before as well, and I am getting a nice bit of cayenne and red pepper to the cigar. There are still some cinnamon notes, but much softer than before. I would say that the body of the cigar is still at a medium full level, but the strength has risen to a medium full level as well. The construction of the cigar is still solid in this third as well, and I am getting a nice burn line with a firm ash that is showing some darker colors. The draw to the smoke is still cool and I am digging this corona.

When I get into the final third of the cigar I find that the flavor profile does not veer to far off from what the second third was like, but that is fine with me. I am getting some nice rum and oak notes that are balanced with some leather and earthy qualities, and of course there are an abundance of spice notes present as well. I dig the red peppery, cayenne and cinnamon notes the cigar produces, and it plays off of a meaty character that is just terrific. The strength and body of the cigar in the final third are that of the second third, and it is a solid medium full cigar. The construction of the cigar in the final third is still perfect, and throughout the whole cigar I have been getting a nice burn line with a solid ash that is fairly light gray in coloring. The final draw to the cigar is cool with  a nice little bit of resistance, and it has a terrific finish. 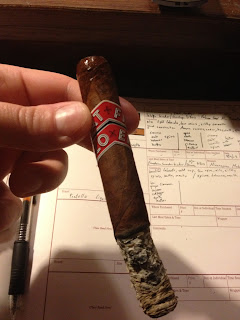 This was a terrific cigar that was very surprising. I did not think it would be a bad cigar going in, I had heard good things, but after smoking I was very impressed.The cigar showed a unique flavor profile that captures all the great tobacco the cigar possessed. Yes I got a lot of Nicaraguan flavors, but I was getting that great Sumatra binder and Peruvian tobacco in the filler. The construction from beginning to end was impressive and it was a cigar that made me want to smoke another one directly afterwards. I think this cigar will speak to a lot of people and be very successful at the same time. In some ways the cigar made me think of a Nicaraguan E.P. Carrillo, and that is a compliment. I really dug the flavor profile the cigar offered from beginning to end, and look forward to smoking more. I am giving this cigar a solid 92 right now and will continue to enjoy this corona in the future. 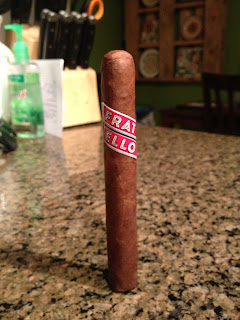