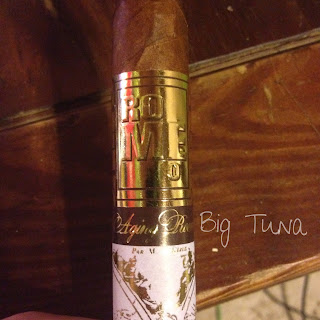 The concept of collaborations has been fairly popular recently, but in some cases I believe the intention has been a necessity for the preservation of those companies involved rather than for something new and unique. The market is flooded right now with brands, and it is impossible for any retailer to carry them all or even a majority of what the market has to offer. With humidor spaces not increasing, and more and more lines being created by so many brands, there comes a point where a company is merely competing with itself. You add in the recent high number of limited editions and you begin to see regular production lines merely sitting on shelves with retailers unable to move them. For some companies though, collaborations are the opportunity to create a product that will reach out to a larger audience and build up existing brands at the same time. There is not a necessity for survival, but rather pure creativity. One companies that has been leading the charge with this is Altadis USA- makers of Romeo y Julieta and Montecristo. To begin their part in this trend, they have teamed up with Boutique Blends to create the ROMEO by Romeo y Julieta Aging Room Small Batch F25. They have another exciting release coming soon, but let's look at this new and much different version of the Romeo y Julieta.


Titled ROMEO by Romeo y Julieta Aging Room Small Batch F25 , easily the longest name from a collaboration, the limited release is offered in three vitolas. Total production is set at 250,000 cigars for all three sizes, so production is not equal amongst all three sizes. For this review I went with the Cantaor, and the cigar is a 6" by 52 ring gauge belicoso. Production is coming out of Tabacalera Palma, and the cigar is a Dominican puro. The belicoso is constructed quite well and it has a nice give to squeeze. The wrapper has a texture that is quite silky and it is sporting some minor veins throughout the cigar. There is a nice tapered finish to the cigar, and overall it is a well rolled cigar. The wrapper has a nice dark Colorado Maduro coloring, and it is a very appealing color to the current market. The foot has a nice aroma of sweetness, raisins, tobacco, and spices, and the wrapper is giving off an aroma of damp tobacco, leather, and spices. 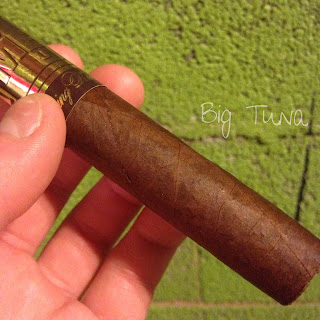 The first third has a pronounced opening and it begins by showing some noticeable rich and damp earth notes with oak qualities on top of that. It has some herbal and wet grass notes with that, and I am getting a finish that is showing some strong black pepper qualities. It is a very strong flavor profile and it has that quality that you get with some cigars coming out of Tabacalera Palma. I would say it is a full flavored cigar with ease and the body and strength are right there as well. In all honesty, it is interesting to see a release like this with the Romeo name on it, and it smokes similar to a past limited Romeo from Cuba. The construction was off in the first third, and I found that with most of the samples. The burn line was wavy and it needed to be touched up quite a bit. The ash on the end had a dark charcoal color and there was a cool draw with a decent amount of smoke. 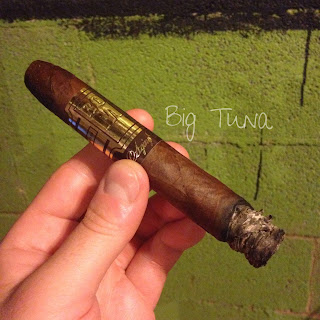 I am in the second third of the cigar now and I am finding that the pepper notes are becoming much more prominent overall and they are pairing with those oak qualities from before. There is a nice smoothness and creamy quality present as well, and on the finish I am getting those damp and rich earth notes with some more pepper qualities. The flavor profile is truly in your face and this is a full flavored cigar. It is paired with a full body and strength level as well, and this is the strongest Romeo I have had and one of the stronger blends from Tabacalera Palma as well. It is a cigar I would have in the evening more often than not, but some could smoke it in the afternoon as well. The construction improves greatly towards the end of the second third and it is here that I begin to get an even burn line with that dark charcoal ash on the end. The draw is still cool, and with that is a nice bit of smoke. 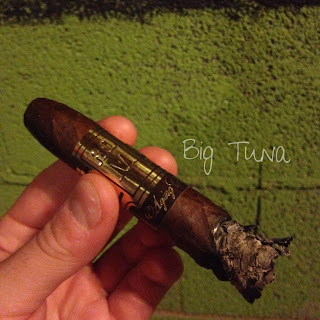 When I get into the final third of the cigar I find that the spice and pepper notes fade out almost completely and it is providing a finish that is more to my liking. There is a nice creamy oak quality with the cigar and I am picking up some dark coffee bean notes with that. There is a finish of damp and rich earth, and it has a touch of grass and herbal qualities on the finish. I would say that it is smoking around a full flavor level in this third, same as the first two thirds, but the body and strength have come down now and are smoking more at a medium-full level. The cigar keeps your attention throughout, the flavors do all the heavy lifting there, but it is in the final third where it shows some true elegance and provides for a smooth and easy finish. The construction is top notch in the final third and it is providing a dark charcoal ash on the end with a smooth draw and a nice bit of smoke. 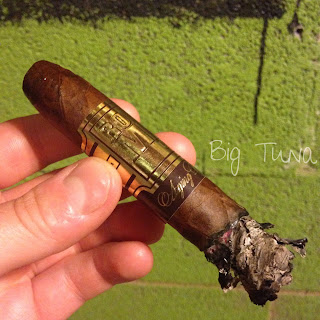 Overall, the F25 is what I expected in some ways and it was an offering that delivered a flavor profile that is common with Tabacalera Palma and something very new for the Romeo y Julieta brand. The truth of the matter is that there are a lot of Romeo y Julieta offerings out there and they are all very different, so it is not surprising that this is something very new. This cigar had a lot of dark and heavy flavors to it and it is not the American Romeo y Julieta that many people think of or smoke. Altadis USA has created more modern blends in the past couple years, but this is much different than those, and you can see the collaboration between Altadis and Boutique Blends. This had that strong and heavy flavor profile that Tabacalera Palma can deliver, and it had an incredibly long finish. I was disappointed with the construction, overall the construction was not top notch with the samples, but I did have one that smoked well overall. Like any blend, this will speak to some and not others, and it is hard to find a cigar that many would enjoy. I felt this blend lacked complexity and transitioning, and with the overall poor construction I could not really get behind the release. It had the potential of being something really great, but in the end it did not get there. The cigar gets an 86 in my opinion and it was a disappointment on a personal level. 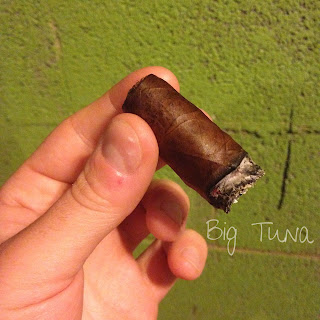 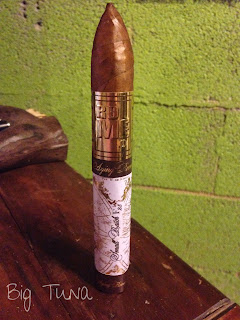