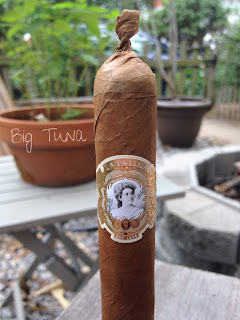 La Palina is a brand that I have paid attention to for many years now, but it was in 2018 that the company really grabbed my attention with the announcement of a special cigar that would be the first release in the Goldie Collection. That cigar, the Goldie Laguito No. 2 received much praise from myself and other online critics, and it was a release that really took La Palina to a higher level. Since then, myself and many others eagerly await the announcement of the annual Goldie release, and we are always eager to know what the cigar vitola will be. Over the past four years the release has gone back in froth from smaller to larger ring gauge, and with last year's release being the Laguito Especial, a slightly larger lancero, a larger vitola offering was expected this summer. That larger vitola was released, and it was titled the Laguito Robusto Extra. Today I look at the fourth La Palina Goldie Collection release, and see how it smokes and compares with other releases.


The fourth release in the La Palina Goldie Collection, the Laguito Robusto Extra is limited to 2,000 boxes of ten, and there will be releases in the summer and fall. This year's vitola is a larger vitola, and it measures 6.1" with a 50 ring gauge. Production is coming out of El Titan de Bronze, and it is being rolled by one roller, Maria Sierra. The blend is based off of previous vintage blends, and it features an Ecuadorian Habano wrapper, Ecuadorian binder, and Nicaraguan and Dominican fillers. Keeping with the tradition, all tobacco used is Medio Tiempo priming. The wrapper is incredibly smooth, very silky, and you could say this is a dark Connecticut and people would believe you. It sports a few minor/medium sized veins throughout and they are practically unnoticeable to touch. There is a nice fan cap to the cigar and it has a lovely finish. The coloring is that of Colorado Claro, and it possibly, and it is one of the lighter shade Goldies. (The actual photos I took for this review were with the darkest of the wrappers I smoked.) The wrapper is showing an aroma of hay, tobacco, and cedar, and I am picking up an aroma of sweet spices, tobacco, and soft fruit on the foot. 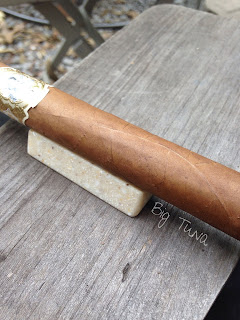 The first third has a huge beginning and I am hit with a great creamy flavor profile. There is a nice sharp spice with that, and it is showing just a touch of pepper. I am picking up some cedar notes following that, and it has some black coffee, cinnamon and some berry qualities that have a soft sourness to them. It is really an elegant first third, and when you take your time with the cigar and really focus on it, you get a lot of flavors. I would say that it is smoking at a medium to medium-full level in terms of flavors, and it has a body and strength that are smoking right there as well. It is very smooth and balanced, and there is a nice bit of complexity overall. The construction is simply phenomenal, and I am getting a razor sharp burn line with a light charcoal ash on the end. The draw is cool and smooth, and there is a nice bit of smoke being produced on the end. 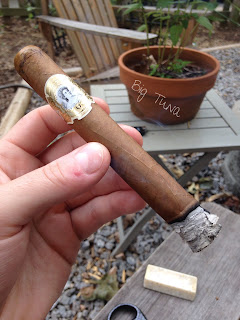 When I get into the second third of the cigar I find that it is expanding in terms of the flavors delivered and it is showing a nice honey flavor in this third. It is paired with that creamy quality from before and it has a nice toasty quality with that. There is a nice cedar and pepper spice present as well, and it has a smooth finish that is showing light tobacco notes with some hay and barnyard qualities. I would confirm that the flavor profile is right at level between medium and medium-full in this third, and the same goes for the body and strength. To me, it is a cigar I could have at anytime of day, and it is a cigar many could enjoy. The construction is simple fantastic and it is showing that even burn line with beautiful light gray ash on the end. The draw remains cool and smooth, and there is a good bit of smoke produced on each draw. 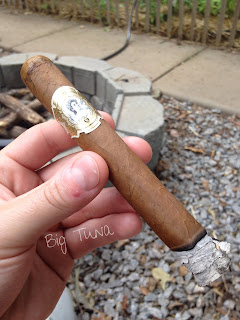 I am in the final third of the cigar now and it is providing a lovely finish that is very enjoyable with the cigar. I am getting a solid tobacco flavor profile with the cigar and it is showing some cedar and cream notes with that. There are very faint qualities of honey and toast present as well, and it has a touch of spice on the finish. Overall, it is a very different third and it is showing a nice bit of transitioning while keeping that complexity. I would say that the finish is a solid medium flavor profile and that goes for the strength and body as well. The construction remains fairly solid in this third as well and it is showing a near perfect burn line with a few minor imperfections. The ash is still that light charcoal ash on the end and it is flaky to the end. The draw is smooth and cool, and it has an easy finish. 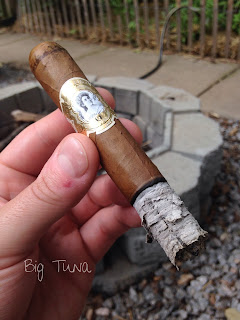 As to be expected, the new Goldie is a great blend. It is a blend that pays tribute to the previous Goldie releases, and while there is some variation with each release, showing the change in the vintages of the tobaccos used, there is consistency as well. I have always felt the blend to be an old school blend, and it is a blend that delivers those "Made in Miami" qualities which show some Dominican, Nicaraguan, and Cuban traits. The Laguito Robusto Extra delivers complex flavors throughout, and it is a solid medium flavor, body, and strength release that a lot of smokers could get behind. The construction was top notch throughout, and with each sample I smoked there was much consistency. I have always enjoyed that La Palina has gone back in forth with smaller and larger ring gauges, and with this release being a traditional toro I am interested in seeing what next year's vitola may be. 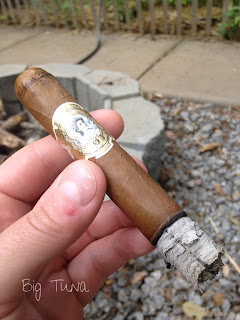 What is interesting with this year's release is that the Laguito Robusto Extra is technically not a Laguito vitola. Cubatabaco does not have a Laguito designation for a vitola such as this, it is just shy of a Double Robusto, but in continuing with the tradition I see why they add the Laguito name. The Laguito Robusto Extra gets a 91 rating in my book, and when looking at the cigar young, it is the third best out of the gate. The Goldie blends thus far have does well young or with rest, and the Laguito Especial is smoking wonderfully now when I believe it was struggling out of the gate. The Laguito Robusto Extra relates closely to the No. 5 in my opinion, and with the larger ring gauge that sweetness and fruitiness from the wrapper plays a lesser role overall in the blend. Either way, a terrific release and one that I will enjoy down the road. 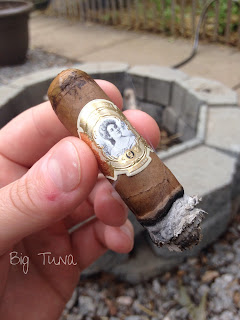 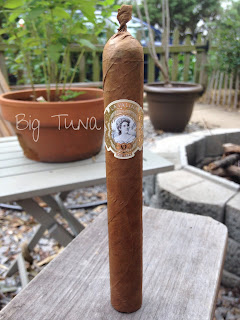