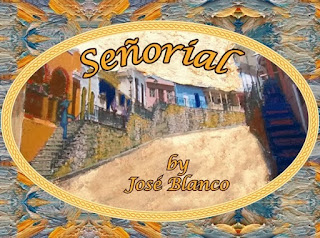 With the 2021 IPCPR less than two weeks away, Las Cumbres Tabaco has announced a second new line and a line extension as well. Just a month ago they announced the new line Freyja, the first line by Emma Viktorsson, but today we are looking at the new releases from Jose Blanco. Jose reentered the industry last year with the Señorial and Señorial 65th, but today we are find out about the Señorial Lancero and Señorial Maduro Natural. 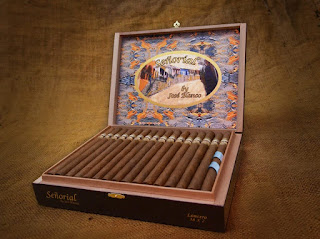 The Señorial Lancero will be the sixth vitola in the Señorial line, and like all Las Cumbres Tabaco lines, the cigar will be made at Tabacalera Palma in the Dominican Republic. The cigars will age for 90 days after rolling, and will then be packaged in boxes of 48. (Three rows of 16.) The cigar will come with an Ecuadorian Habano wrapper, and underneath that will be a Criollo '98 binder from Esteli, Nicaragua. The filler blend is a modified version of the Señorial line, tweaked for the smaller ring gauge, but will be similar overall using tobacco that has been aged for over five years and all from La Canela. The cigar will be priced at $9.00 a cigar,  box of 48 for $432.00. It is well known that Jose Blanco is an avid fan of coronas and lanceros, so this was not a cigar that was rushed to the market. He has been working on this particular cigar for over a year, and that shows his dedication to great quality.Showcased at the IPCPR, the cigar will be ready to ship after orders taken. 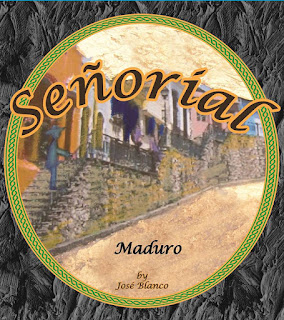 Along with the Señorial Lancero, Las Cumbres Tabaco announced their newest line, the Señorial Maduro Natural. The cigar gets it name from the coloring of the wrapper, it has a rustic quality that makes it Maduro Natural rather than a classic Maduro, and the wrapper applied is Mexican San Andres. Jose has been working on this blend for months now, and while the blend has been finalized, the boxes have not been finalized. As mentioned earlier, the Maduro Natural features a Mexican San Andres wrapper and has a Piloto Cubano binder. The filler is a blend of Piloto Cubano and Criollo '98, and is all Dominican tobacco from La Canela. The cigars will come in boxes of 21, and they will be aligned in three rows of seven.