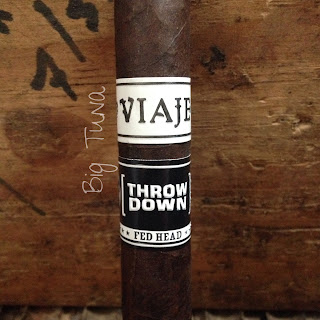 In late May, the announcement was made that Cigar Federation and Cigar Dojo would be collaborating with Viaje Cigars to a create a project that would be called Throw Down. The concept of the project was to hold a friendly competition between Cigar Federation and Cigar Dojo and to see which one had the "best blend." This is not the first example of collaboration between the industry, or even a friendly competition between two "companies," but it is the first time that two members of the online blogging/forum community would have a project of this nature. Cigar Federation and Cigar Dojo are the two largest online communities for the cigar industry, and behind those large forums are great people. I have nothing but respect for Master Sensei and The Manatee, and today I begin my assessments of the cigars.


The Viaje Throw Down Project consists of two different cigars. The first cigar is the Dojo Nation offering and it features a Criollo '98 wrapper with undisclosed binders and fillers. The second cigar is the Fed Head offering, and it features a San Andres Mexican Maduro wrapper with undisclosed fillers and binders. Both cigars come in a ten count pack, and there are five of each. The cigars measure 5.5" with a 52 ring gauge, and they are robusto extras. Where they are made is not disclosed, but I am guessing TABSA as more and more Viaje releases are coming out of there, which would make the fillers and binders Nicaraguan. The Fed Head has a nice dark chocolate coloring wrapper, and it is an easy Maduro by definition. There is a nice triple cap placed on top of the cigar, and it has a smooth texture with a soft amount of oils present. There are few veins preset on the wrapper, but those present are around medium in size. The wrapper is producing an aroma of rich earth, manure, and dark berries, and the foot is showing qualities of chocolate cake, rich earth, and Asian spices. 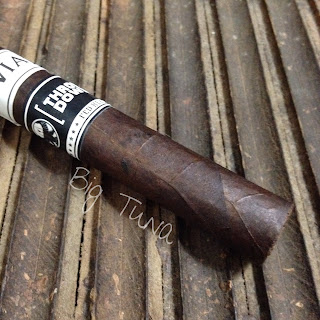 The cigar opens up by showing some intense and dark flavors, and it has a heavy sweetness to it. There is this syrup like quality to the cigar, and it has a sugary and rich blueberry flavor with that. I am picking up some nice Asian Spice notes as well, and it has a finish of rich earth, chocolate, and damp tobacco. It is full flavored cigar, no doubt about it, and it has a lot going on for it. The flavors from the wrapper are prominent, and it is backed by quality Nicaraguan fillers. I would say that it is smoking around a medium-full to full level in terms of body, and the strength is at that medium level for me. I consider it an evening cigar, just because of the finish, but you could smoke this at all times of day. In terms of construction, the cigar is burning fairly well and it has a fairly even burn line with a nice charcoal ash on the end. The ash is somewhat dark overall, and it is holding on firmly. The draw is cool and a little snub, but nothing major as there is decent amount of smoke produced with a lot of flavors present. 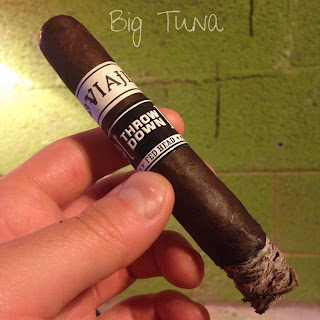 I am in the second third of the cigar now and I am finding that it is really opening up. I am getting some awesome coffee notes and they are pairing with the rich earth and chocolate flavors. There are still some of those berry qualities present as well, and it has thick syrupy finish which lingers on the palate. Overall, this is a dark and rich flavor bomb that is a great use of the Mexican San Andres wrapper. I would say that is full flavored easily, and the body and strength are smoking at a medium-full level in my opinion. The construction improves in this third and it is showing a burn line that is even on the end. The ash is that dark charcoal coloring and it is a solid ash that is holding on firmly to the end. I am getting a nice bit of smoke with each draw, and while it is a slightly snug draw, it is cool and flavorful. 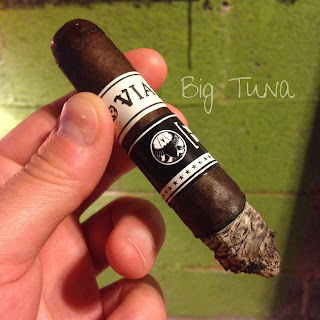 When I get into the final third of the cigar, I find that it is finishing on a smooth note, and while the flavors are still full, they are not as "in your face" as they were in the second third. I am picking up some of those berry and chocolate notes, and it is paired with some coffee, cinnamon, and rich earth qualities. It has a finish of damp tobacco, and it is a nice blend that is complex. It possesses a solid amount of depth and complexity, and this is a great cigar to finish the day with. The strength and body continue to smoke at a level around medium-full, and it has remained at that level throughout. It is a balanced cigar with  a lot going on, and as I said before, this is a solid Mexican offering. The construction remains top notch in the final third of the cigar and it is showing an even burn line with a solid charcoal ash. The cigar smokes cool throughout, and it finishes by showing a lot of flavors and giving off a nice bit of smoke before I lay the nub down. 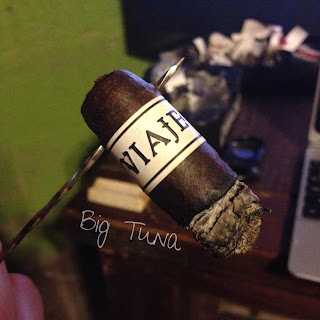 The Fed Head is a solid Mexican offering and as I have always said, those involved with  Casa Fernandez get some of the best Mexican San Andres blends on the market. If you look at the Mexican offerings that have been produced for Casa Fernandez themselves, Illusione, and Viaje, they all have Mexican offerings that are light years above other companies. The Fed Head is in that caliber, and the Thrown Down Fed Head is a maduro that I would come back to again. (I don't say that about many maduros.) The cigar was incredibly rich and flavorful from beginning to end, and it came with a great strength and body that worked with the blend. I loved the balance between the coffee, cinnamon, chocolate, and berry flavors, and the syrup quality was awesome as well. In terms of construction, the cigar performed very well also and it showed a nice even burn line with a solid charcoal ash, easy draw, and a cool finish. I originally wanted to hold off on my public vote till the announcement was made by the two on the Throw Down website, but I changed my mind. The Fed Head gets an even 90 in my book, a really nice Mexican offering. 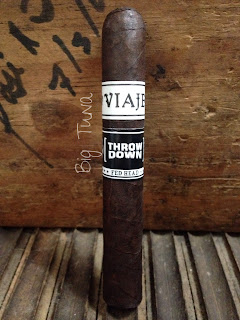