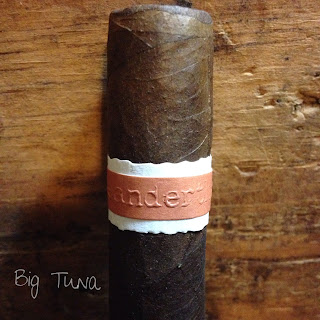 In the summer of 2020, Roma Craft Tobac officially announced their fifth and newest line, Neanderthal. The cigar was being marketed as the strongest release from the company year to date, and it was a project that Skip Martin was working on for several years. The cigar itself is composed of a wide variety of tobaccos, and at the core is a very strong leaf from Pennsylvania. Showcased at the 2020 IPCPR in Las Vegas, Nevada, the cigar received a lot of attention and retailers were expecting the cigar in the fall of that year. The release was delayed, not making it to the market till the Spring of this year, but with the delay came much hype and an additional vitola. That additional vitola is titled SGP (Shallow Gene Pool), and it is a release that has become an exclusive for a handful of retailers while also being offered at RoMa Craft events. Today I look at this more limited Neanderthal, and see how this offering smokes.


SGP, the abbreviation of Shallow Gene Pool, is a release that is only available to selected retailers across the nation and showcased at RoMa Craft events. It is the second vitola released in the Neanderthal line, and right now there is a third one officially announced with a teaser of a fourth that looks like the Venus offering. The SGP measures 4 1/2" with a 52 ring gauge, and unlike the HN it is not a figurado. The cigar comes in box of 15, not 50, and thus makes it more approachable for box purchases. The blend is bases off of the HN, and it features a Mexican San Andrés wrapper, Connecticut broadleaf binder, and filler blend of Nicaraguan tobaccos from Condega, Estelí, Jalapa, and Pueblo Nuevo; Dominican olor ligero, and Pennsylvania Broadleaf “Green River Sucker One” double ligero. The cigar has an extreme flat cap and it is a unique finish to the cigar. The wrapper is fairly smooth and silghly oily in texture, and you can feel the oils on your fingertips. There is a nice chocolate brown coloring, light Maduro, and it has a few minor veins throughout. The wrapper is giving off an aroma of sweet tobacco, strong spices, and it has a smokiness present with that. The foot is fairly similar, and I am picking up some raisin notes there. 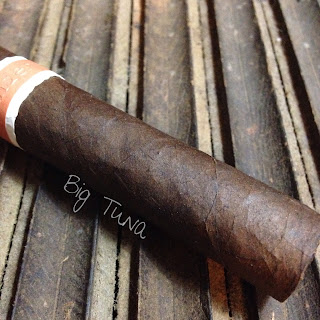 The first third opens up by showing some strong tobacco notes and you can feel the nicotine. It has some pepper qualities with that, and there is this vegetation flavor on the finish that is really unique and enjoyable. It has some strong earth qualities as well, and you can see what the Mexican wrapper is doing to the blend. There is a minor hint of cocoa flavors as well, and it has a strong finish. Easily a full flavored cigar, the strength and body are also full, and it is the strongest offering I have had in a long time. One thing I will say is that while this cigar has a strength, it does not lose flavors like so many cigars that are this strong do. On top of that, the construction is fantastic and it is showing an even burn line with a solid charcoal ash on the end. The draw is very cool, producing a nice amount of smoke, and it has a finish that you can feel. 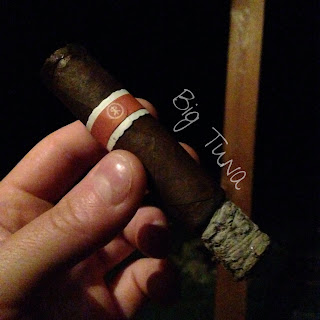 As I enter into the second third of the cigar I find that it is continuing to deliver those strong tobacco notes and it is accompanied by some earthy flavors. There are some cocoa qualities present as well, and it has a finish that is showing some of those vegetable qualities. There is a mineral flavor that is now present as well, and a salty wood finish. It is a full flavored cigar still, it really hits your palate, and it is accompanied by those full strength and body traits as well. It is definitely not a cigar that everyone will be able to reach out to, and if you do it will definitely grab your attention. The construction remains top notch in this third and it is showing an even burn line with a nice solid gray ash on the end. The ash is holding on firmly, and it is producing a cool draw with  a lot of smoke and a long finish. 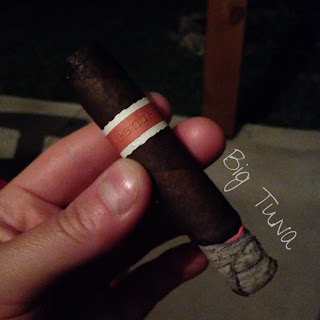 When I enter into the final third of the cigar I find that it is delivering a flavor profile that is fairly similar to that of the second third, and it is showing a rise in earthy and cocoa qualities. It still has that strong tobacco flavor, the nicotine content is definitely noticeable, and it is showing that mineral quality on top of that. The flavors remain at that full level and it is a flavor profile that lingers on the palate. The strength and body are also at that full level and this is a cigar that really hits you and is not meant for every smoker because of the strength. The construction continues to be top notch in this third and it is showing an even burn line with that solid charcoal ash on the end. The draw is cool and producing a lot of smoke, and it is flavorful to the end. I smoke the cigar down to the nub, and when I hit the nub I can feel everything it has offered. 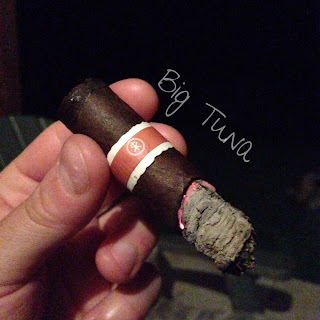 The Neanderthal line is a beast of a line and easily the strongest release that RoMa Craft has released to the market. In terms of strength it trumps the Aquitaine line with ease, and it would be hard to find a release from other companies that smokes the way this cigar does. You don't come across cigars that are as strong as this, and most of the time the strength is inconsistent from stick to stick. Overall, the strength was very consistent from cigar to cigar, and that is the case for the Neanderthal HN as well. I typically find that very strong cigars are not very flavorful or possessing of depth and complexity, but Neanderthal  possesses those qualities, some greater than others. There are definitely flavors present, and it has depth, but I would not say it is the most complex cigar I have had from RoMa Craft. From beginning to end the cigar showed great construction and it had a cool draw with that even burn line as well. The ash had a beautiful charcoal color, and it was not a cigar that required a lot of attention in that sense. I believe the Neanderthal SGP is the best of the two vitolas on the market, and I love the size as well. I am giving the cigar a solid 89 rating, and it is a cigar I would come back to again. The strength is there when young, and I would love to see how it ages. 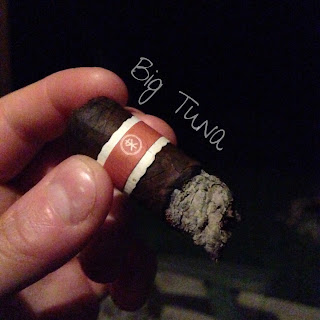 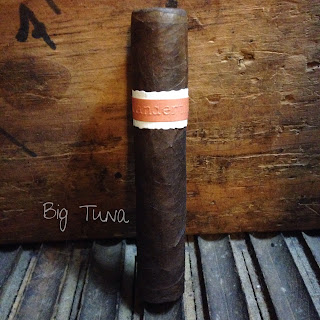