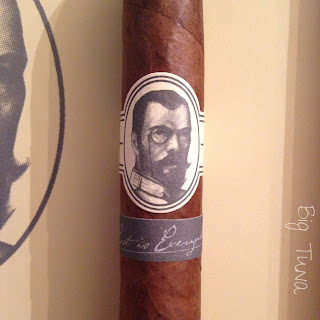 In late January of this year, Caldwell Cigar Co. announced that they would be releasing their first limited edition as a company. While the actual name was not released at the time, if you translated the Cyrillic that came with the image they provided you would see that the title was The Last Tsar. Other clues included the date and the photo with the image released. The date is that of the birthday of Nicholas II, and the image was of him as well. Putting those three things together, and knowing some history of Russia, it was fairly safe to say that the title was The Last Tsar. The actual cigar was being released to selected retailers, and those retailers were the first 49 retailers to open up accounts with Caldwell Cigar Co. when they announced their entry into the industry. I have been a fan of the premium three lines from Caldwell thus far, so let's take a look at their limited edition, The Last Tsar. 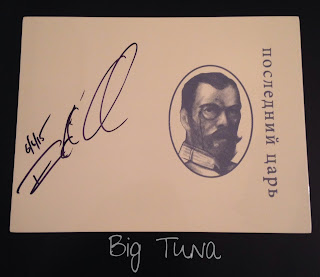 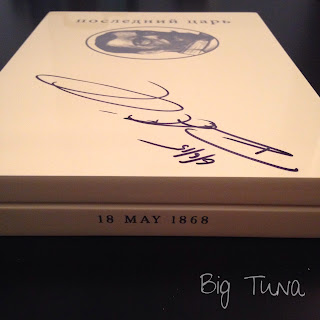 Limited to 500 boxes of ten, a total of 5,000 cigars, The Last Tsar was released in late Spring to the selected First 49 retailers. The cigar is a 5" by 50 ring gauge belicoso, and it was made at Tabacalera William Ventura. The cigar features a hybrid Connecticut Arapiraca Natural Maduro wrapper, and underneath that is an HVA 20/20 binder. The filler is a blend of Dominican Habano, HVA 20/20, Carbonell Criollo '98, and that Connecticut Arapiraca hybrid tobacco as well. The Last Tsar sports a wrapper that is soft in texture and is silky to touch. There are few veins present overall and no oils present. The coloring is that of Colorado Maduro, and it has a nice dark Natural quality present as well. There is a nice tapered finish to the belicoso, and it is a firm cigar throughout. The foot of the cigar is giving off notes of raisins, tobacco, earth, and spices, and the wrapper has an aroma of wood and leather. There is a nice cold draw with the belicoso, and it is showing some of the flavors present on the foot. 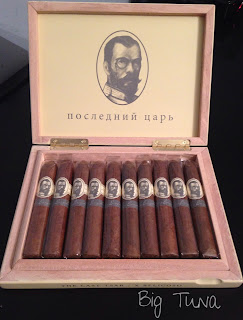 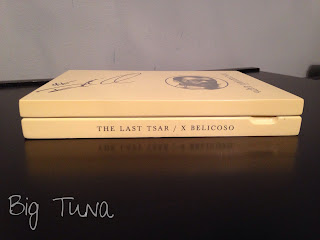 The cigar opens up by showing few flavors- bits of cedar, red pepper, and earth, but as it progresses it grows in complexity. Further in I begin to pick up some unsweetened cocoa powders, and it is pairing with some strong tobacco notes and more earthy qualities. Towards the end of the first third I am picking up some subtle chai notes and there is a soft sweet vanilla and cream flavor that is accompanied by some coffee notes. Overall, the flavors almost background qualities, and it is a strong cigar. I would say that flavor wise it is coming off as being medium, and the body is around a medium level. The strength is there, though disguised, and I would classify that as being full overall. The construction however is terrific and it is showing an even burn line with a nice sharp burn line, and it has a charcoal ash on the end. The ash is holding on firmly, and there is a cool concentrated amount of smoke coming off the draw. 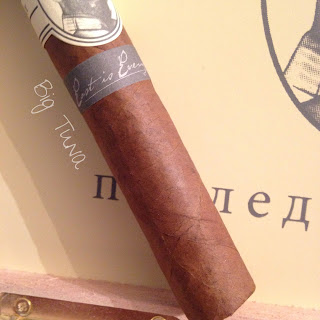 When I move into the second third of the cigar I find that the flavors have shown a nice transition from the first third and I am picking up a lot more earthy and cocoa notes. There are still some nice red pepper notes present, chai qualities as well, and it has that faint coffee bean and vanilla flavor on top of that. There is this tobacco and dried cedar flavor present as well, and it is an enjoyable blend. I would say that the flavors remain at that medium level and the body is right there as well. The strength has come down as well in this third and it is smoking more at that medium-full level. These have changed quite a bit since they first got into the store where I purchased them, and I believe they are going to age well. The construction continues to be top notch in this third and it is showing an even burn line with that charcoal ash holding on firmly at the end. The draw is cool, producing a nice bit of smoke, and it is a well made belicoso. 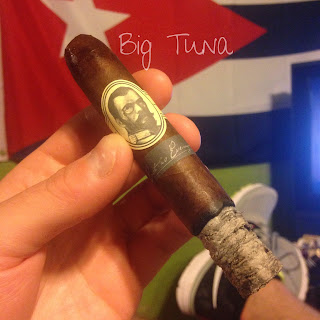 As I enter into the final third of the cigar I find that it is showing a major return of the pepper notes, and it is predominately delivering black and red pepper flavors. There are some cedar notes present as well, and it has a dry earth and tobacco flavor on the finish. It is downhill in my opinion to that of the second third, and it is beginning to show the full strength and body qualities while losing some of the positive flavors. I still have faith in the blend, thinking that it will improve with age, but overall this is a stronger cigar and probably the strongest release from Caldwell Cigars. In terms of construction, the cigar burned a little unevenly in the final third and it delivered an ash that that was now more flaky than it was solid and firm as in the first and second third. With that being said, it still smoked cool to the tapered nub, and it produced a a nice bit of smoke as it came to an end. 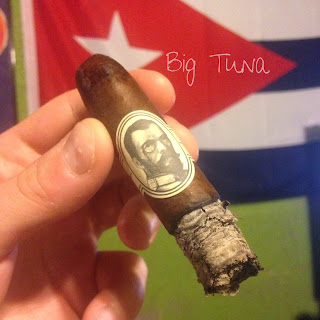 The Last Tsar is a unique release from the company and it is interesting that we are seeing a limited cigar be more strong than flavor focused. I always feel that limited editions should be very flavorful and showoff the high qualities of the tobacco, and this seemed to be more focused on strength. I can say that it has improved since I first smoked it in the beginning of June, just 15 days, and I believe that with more age it will get better. Caldwell has done a great job of producing blends that are all very different with positive qualities in each line, and that is the case for The Last Tsar. If you are a fan of what the company is doing, and looking for a stronger offering, than this is for you. I think it is interesting that they went with a belicoso rather than a traditional parejo, but there is a resurrection you may say of belicosos and torpedos, and the ones that have been put out recently have been really good. As for this being my favorite Caldwell, it is not, but I put it over some of there other releases. It is strong, and while I can smoke a strong cigar, I typically don't gravitate towards them. The cigar gets an 88 in my book, and besides looking forward to seeing where it is in six months to a year, I look forward to the follow up The Last Tsar release which will be next year. 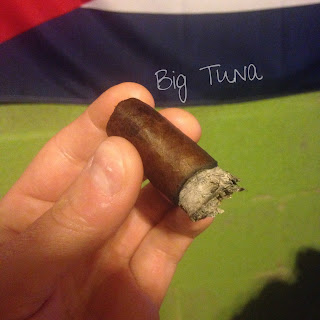 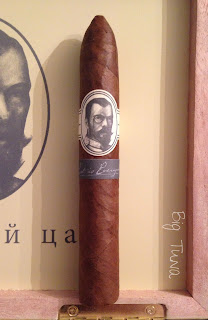