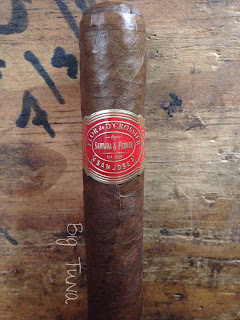 Last month was an exciting month for D'Crossier, and it was a month where they announced a new cigar and also that Espinosa Cigars would be handling distribution for the company. This all took place just two months before the 2021 IPCPR, so it will definitely be big new and helpful when the show floor opens. I was introduced to the brand late in the game by some close friends whose palates I trust, and since I first smoke the cigars I have been impressed. Everything about the brand in terms of packaging and its traditional aspects speak to me, and when you have a great cigar on top of that you have a real winner. Last year the Golden Blend Aged Ten Years Robusto made it into my Top 25 list, and today I look at the newest release and see how it smokes. This is meant to be a budget friendly cigar for the company, but they have assured us that quality will not be forgotten. The cigar is called D'Crossier Flor de D'Crossier Selection No. 512, and today I look at the Magnificos offering.


Offered in six sizes, I chose one of my favorite vitolas, and I consider it a larger vitola. It is called the Magnificos by the company, and it is a 5 7/8" by 52 ring gauge cañonazo. The blend sports an Ecuadorian Habano wrapper with a Sumatra seed binder from Costa Rica, and a filler blend of Dominican and Costa Rican tobacco. The cigar has a wrapper that is oily and smooth in texture, and it sports minimal veins throughout. There is a nice firmness present with the cigar and the wrapper shows some very minor tooth throughout. It has a coloring that is a classic Natural coloring in my opinion, and it is a medium shaded brown. The wrapper is producing an aroma of damp wood with some dark chocolate notes, and the foot is giving off notes of fruit bread, sweet spices, pepper, tobacco, and chocolate. There is a lovely cold draw on the end, and it is showing some similar notes. 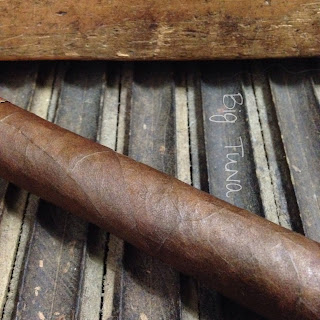 The first third opens up by showing some nice leather and meaty notes, and there are some spice qualities present as well. I am picking up some pepper notes, but it is showing this Asian Spice flavor predominately. There is a touch of damp earth and tobacco present as well, and it is a full flavored smoke. Along with a lot of flavors, the cigar is smoking at a full level in terms of body, and it has a strength level around medium-full. The strength does not hit you, but the flavors and body really grab your attention and make the cigar heavier overall. So far, the construction has been spot on and it is showing an even burn line with a solid charcoal ash on the end. The draw has been smooth, producing a nice amount of smoke, and it is a cool cigar that is showing those full and heavier flavors throughout. 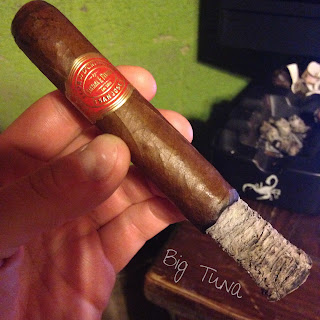 When I get into the second third of the cigar I find that there is an emerging coffee and cinnamon flavor profile, and it is pairing with the meaty and leathery notes perfectly. It still has some pepper and additional spice notes, but the cinnamon qualities are really present. There is a finish of tobacco and sweet earth as well, and it is a complex blend that is really enjoyable. It has a nice finish on the end, and this is a full flavored cigar. The body and strength continue to smoke at those levels as well, and the body is full with a medium-full strength level. Overall, it is a complex blend with a lot of depth, and there has been a decent amount of transitioning as the cigar has progressed. The construction was a little off in this third, but it is nothing major and a few touch ups here and there and the matter was addressed. The draw is still smooth and cool, and it is producing a decent amount of smoke as well. 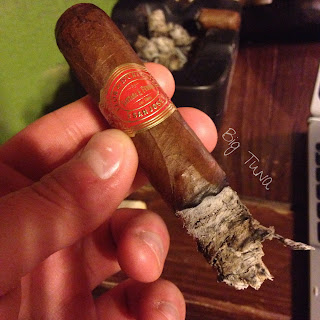 I am in the final third of the cigar now and finding that it is closing by showing a lot of the similar qualities that were present in the first third. It has a nice leathery and meaty profile to it, and there are some damp tobacco and wood notes with that. I am picking up some of those Asian Spice notes as well, and it has an earthy finish. It has lost some of that cinnamon and coffee finish, but overall it is still a very enjoyable cigar. The flavors are still full, and the same goes for the body of the cigar. The strength is between that medium and medium-full level in this third, and it makes for a cigar that is approachable by all in terms of strength, but really showing pronounced flavors and body. The construction improves in the final third and it is showing that even burn line again with a solid charcoal ash on the end. The final draw is smooth, and it is cool with a long finish. 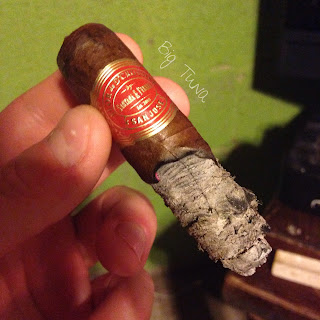 I enjoyed the new D'Crossier Flor de D'Crossier Selection No. 512, and I believe it to be a sold offering for the company. It is not as good as the Golden Blend Aged Ten Years, but there isn't much that is. I think the idea of releasing them in jars is brilliant, it just seems more approachable and at the same time cool, and with the pricing being what it is I know this cigar will move well. The Magnificos size is a terrific size and it does the blend justice. I would love to see how it smokes in a smaller offering, it is always great to see the potential differences, and I believe this line would do that. The construction was solid from beginning to end and there was a lovely flavor profile that was delivered throughout as well. This is an awesome new cigar which will be a great introduction to those who don't know the brand, and once you begin smoking these you will want to smoke the super premium offerings. I give the cigar an 89 rating. 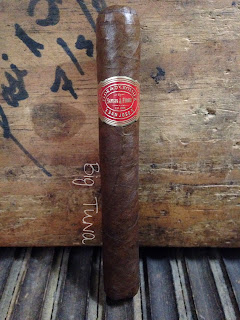