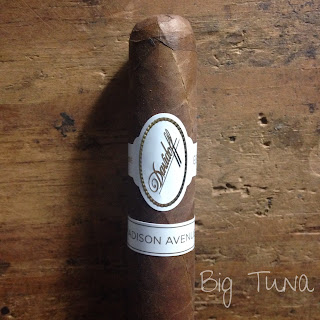 In mid-February, Davidoff announced a new series of cigars that would be titled Davidoff Exclusive Series 2021. A total of five cigars would be included in the series for the first year, and the cigars would be released exclusively to their specific store(s). Each cigar would be tailored for their specific store(s), and besides the stores announced very little information was released. The five releases went to Davidoff Flagship Stores in Tokyo, Hong Kong, and New York City (Madison Avenue Store), and the other two went to Davidoff stores in Russia and Heinemann’s Top Duty Free Shops. Heinemann's consist of 25 stores throughout European airports. Today I focus on the "American release," the Davidoff Exclusive Madison Avenue. 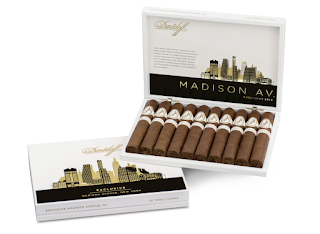 Coming in ten count boxes, and sold exclusively at the Davidoff Madison Avenue store, the Davidoff Exclusive Madison Avenue is a toro by definition and measures 6.2" with a 54 ring gauge. It features a Aromatica Dominicana wrapper, a Yamasa Seco binder, and a filler blend of two Piloto Mejorado and three San Vicente Mejorado fillers, all from different zones. The toro is constructed beautifully and it comes with a pronounced cap. It is firm in hand, showing no soft spots throughout, and it has a beautiful texture that has this finely sanded wood texture. The wrapper sports minimum veins, and the veins that are present are between small and medium in size. The wrapper is giving off a nice aroma of soft pine and subtle tropical fruit notes, with the foot showing some aromas of cedar, hay, and tobacco. 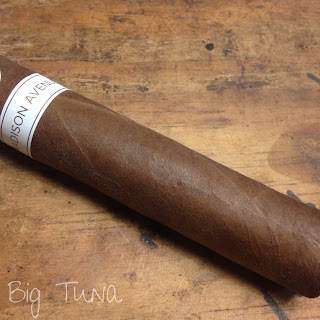 The first third opens up by showing some classic Davidoff flavors, but there is a little bit more spice and red pepper present. I am getting some cedar and hay notes on the front, making for a smooth opening, and it is followed by some fruity and noticeable tobacco flavors after that. The finish is of spices, focusing on red pepper, and it makes for a complex opening. To me, the flavors are between medium and medium-full, and it has a body that is just above medium with a strength close to medium-full. It makes for a smoking experience that can be enjoyed at many times of day, and I could begin or end my day with this cigar. The construction is simply terrific and it is showing an even burn line with a solid charcoal ash on the end. The draw is very smooth, producing a good amount of smoke, and it has a cool finish. 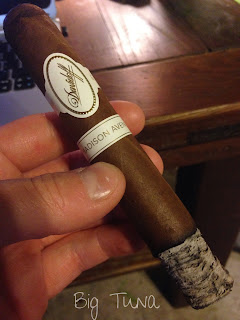 I am in the second third of the cigar now and I am finding that it is opening up more and more, and it is producing a better second third. It is still showing some of those cedar and hay notes, but they have blending in with some nutty, toasty, and creamy qualities. There is this smokiness present, almost a charred wood quality as well, and it has a nice fruity and peppery finish. It is a very  complex blend and the transitioning into this third has been spectacular. I would classify the cigar as being medium-full in terms of flavors in this third, and the body and strength are smoking around medium-full also. The construction continues to be top notch as well and it is showing that even burn line with the lovely charcoal ash on the end. The draw is cool, producing a lot of smoke, and it has a great finish. So far, loving where this cigar is going. 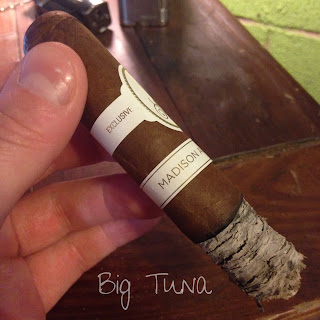 When I get into the final third of the cigar I find there is a nice bit of transitioning again, and it still delivering a blend that has depth and complexity. The final third is producing a flavor profile that is showing a nice creaminess with cedar flavor profile, and it has some tobacco qualities present with that. The spice notes are stronger in this third as well, and it has a nice pepper flavor profile, and there are some tobacco and hay notes present with that. There are some faint fruity qualities present as well, and it is a nice finish to the cigar. It remains as a medium-full flavor cigar, and the same goes for the body and strength. You can pick up the strength and body more in this cigar than in other Davidoff offerings, and it has a more modern vibe going for it. The construction remains top notch in the final third and it is producing an even burn line with a solid charcoal ash. The final draw is cool, producing a nice bit of smoke, and it is a flavorful finish. 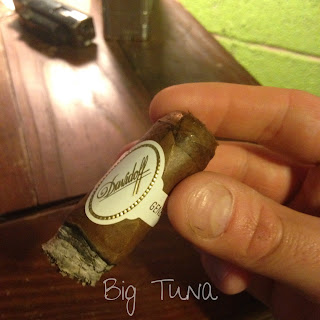 I have yet to smoke the other 2021 Exclusive releases, I doubt I will get to a majority of them in all honesty, but this is a solid release and one that I would recommend to those looking for a classic Davidoff with a little bit more strength and body. It definitely showed a unique flavor profile while delivering that Davidoff flavor as well, and it is a cigar I really liked. I will say that the construction was absolutely phenomenal, but that is no surprise when smoking a Davidoff. It had a nice bit of transitioning from beginning to end, and it was always complex and possessing of depth. One great quality about the cigar is that even though it is an exclusive and limited in that way, it did not have a ridiculous price that came with the cigar. While  the cigar is large, it is not a monstrous cigar and just a toro extra which is manageable. The market is more and more looking for cigars that are medium-full in flavor, body, and strength- a flavorful and balanced cigar that is not over the top, and this cigar is just that. I gave it a solid 90 rating and see why there have been a lot of fans. 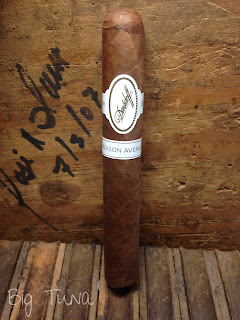