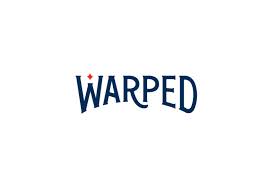 On Wednesday, June 9th, 2021, Warped Cigars announced its newest release, and it would be a regular production cigar that would change in vitola each year. The actual blend of the cigar would not change, but the vitola that it would be offered in each year would. The cigar is being called Corto, and it is the Spanish word for "short."

The inaugural vitola is being called X50, and it measures 4.5" with a 50 ring gauge. It is being rolled at TABSA in Esteli, Nicaragua by Casa Fernandez, and the company is working with them more and more these days. While the details of the full blend have not been disclosed, the company did announce that this would be the strongest release from the company year to date and that it would be a Nicaraguan puro. Kyle Gellis from Warped informed Seth's Humidor that there has been high demand from consumers and retailers for a fuller bodied offering as well as more cigars that are similar in size to El Oso Cub, and Corto is the answer to those two requests. Gellis went on to say that "while this is a full strength cigar, it is not a spice bomb but rather a cigar that is balanced and rich in complexity."

The cigar itself will come in 25 count cabinets and it will have slight press to it. This is the first release from the company, and it will be available from the 2021 IPCPR to the 2016 IPCPR. After that there will be a new vitola that is released to the market at the 2016 show. This is an interesting concept for the company that is new to them, but not brand new for the industry. L'Atalier has a concept that is quite similar, though they limit production to orders placed at the show, while the Corto will be regular production. Gellis continued by telling Seth's Humidor that "the cigar will vary in length and ring gauge each year, but will always be a "short" smoke that is full bodied." He finished by saying that "Corto is something that I believe will always be evolving, so we will see how the concept of release's goes."

One other cigar with the name Corto in it is the Ramon Allones Edición Regional Países Bajos Specially Selected Robusto Corto, and that was a 2019 regional release from Habanos S.A. for the Netherlands which is spectacular.