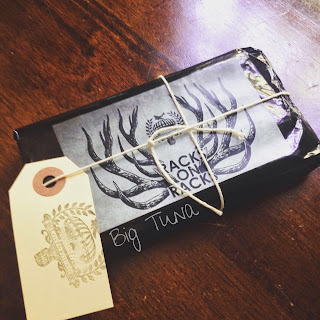 It is not often that a cigar really hits you with strength and knocks you on your ass. I have smoked cigars for years now and I believe it has only happened to me three times. When it does happen though, you are not expecting it and completely caught off guard with your pants around your ankles. You see, you are typically not thinking about how the nicotine is getting to you when you're smoking a strong cigar, and why should you? More than likely you are sitting in a comfortable chair, enjoying a beverage, chatting with friends, and having a good time. It is not till you get up and you put your weight on your two feet that you really feel it. Maybe you continue to stand, holding your ground like a wounded champ, but maybe you sit back down to gather yourself. Whatever you do, there is no judgment. It has happened to us all, and as every great cigar individual will tell you, the cigar "bitch slapped you with no respect!"

Today I look at a cigar that "bitch slaps you with no respect," and that cigars is the new Racks on Racks by Lost & Found for Cigar Federation. 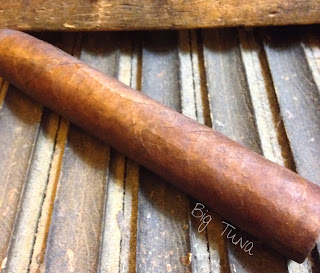 Racks on Racks is the tenth Lost &Found release of 2021, and is the first retailer exclusive release. Racks on Racks was given to Cigar Federation/Cigar Federation Store, and a total of 3,000 cigars were released. The cigar is a 5" by 52 ring gauge belicoso, and it is a 2017 vintage cigar. The factory is undisclosed, just that it is in the Dominican Republic, and the cigar is a multi-country blend. The wrapper is Ecuadorian Maduro, binder Dominican, and a filler blend of Dominican and Nicaraguan tobacco. The belicoso has a nice marbled coloring to the wrapper and it is between Colorado and Dark Colorado throughout. There are a few veins present throughout the cigar and it has a nice tapered end. It is firm throughout, and the wrapper has an aroma of earth, spices, and leather, with an aroma of grass, hay, tobacco, spices, and cocoa on the foot. 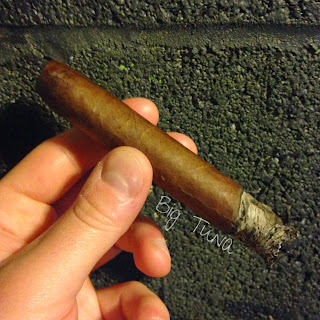 The first third of the belicoso shows a nice bit of strength and it is delivering strong spice and pepper notes. There are some hay and grassy qualities present as well, and it is showing some nutty and toasty qualities as well. I am picking up some faint cafe mocha flavors on the finish and overall there has been this cedar and cream like quality with the cigar. The flavors have really been complex and there is a lot going on with the blend. I would say that the strength is at a full level, and the body is right at medium-full with a similar flavor profile. For being four years old, there is a nice bit of strength and I would be interested in seeing what this cigar was like in 2017. The construction is fairly solid and it is showing a decent burn line with a little bit of unevenness. The ash is flaky on the end and it has a dark charcoal ash color. The draw is a little snug with the cigar, but it is cool and giving off a nice concentrated amount of smoke. 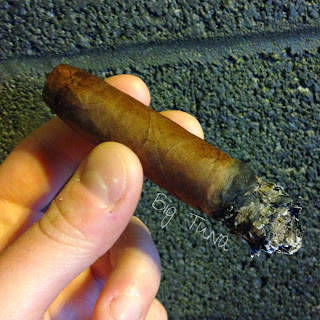 When I get into the second third of the cigar I find that the flavors are fairly consistent with the first third, but it is showing more spice, cocoa, and hay qualities. It has touches of earth present as well, and it has a nice pepper, cedar, cream, and nutty finish. The flavors are strong and it has shown an increase to a full flavored cigar. The strength remains at that full level and the body is right there as well now. It has a long finish and this is a complex blend that is smoking well in the second third. The construction is fairly similar overall to that of the first third, and it has a snug draw with a flaky ash on the end. The ash has that dark charcoal coloring and the smoke is concentrated with each puff. It smokes cool in this third and I aim curious to see how it smokes in the final third. As I said earlier, this is a strong cigar, and after resting for four year I would be curious to see how this was when first rolled. 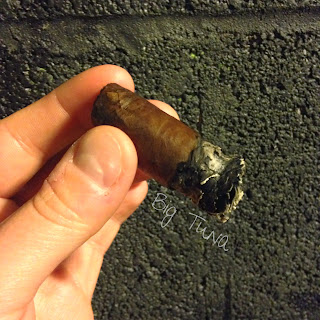 When I get into the final third of the cigar I find that the cigar goes into overdrive and it is showing more full flavors and the pepper notes are strong. It still has that cream, cedar, hay, and grass quality as well, but with the strength and finish of earth, toast, and cocoa this cigars is very complex. It is showing some Dominican qualities that I get with a factory in the DR, but it is also at a whole new level with the strength and uniqueness added. The strength and body are at that full level as well in this third and the cigar ends on a very strong note. This is not a mild or even medium cigar, and letting this cigar rest for four years has done shit in terms of mellowing it out. What this cigar smoked like in 2017 scares me. The construction is somewhat decent in this third and I have had to relight the cigar several times. It still has a cool draw though, and it is producing a small amount of smoke.

Racks on Racks is a solid release for Lost & Found and Cigar Federation. I have not smoked all of the Lost &Found releases this year, frankly they had to many, but this is the best one that I have smoked and I would stop here for the year. With a lot of the other Lost & Found releases you could tell that there was a lot of age on the cigar and in my opinion the blends lost a lot because of that. Racks on Racks is not that case but is in fact is still a flavorful and strong cigar. The strength is not going anywhere either, and I would expect to have a strong cigar that is still showing a lot of flavors in a couple years. I found that this cigar smoked better when stored at a higher RH level, and is a cigar that smokes slow. You can tell there is a lot of ligero in the blend, and while that impacts the burn, it promotes the flavors. I am giving the cigar a solid 89 and would strongly recommend people try out the cigar. As mentioned earlier, this is the best Lost & Found I have had yet, and I would recommend it to the fans of full flavored and full strength cigars. I am giving Racks on Racks a solid 89 rating. 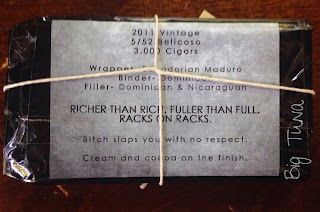 *Cigars for this assessment were provided to Seth's Humidor by Cigar Federation for review.