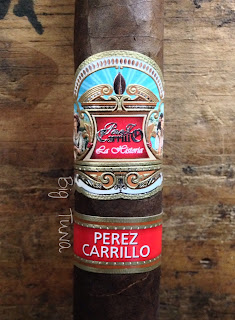 Last year, E.P. Carrillo made a return to the spotlight with their latest release La Historia, and the cigar ended up as the #2 Cigar for 2020 by Cigar Aficionado. It had been two years since the company made it onto their list, and the last time the company made my Top 25 list was in 2019. I have struggled with some of the newer blends from the company since mid 2019 and it is a shame because I was a big fan of a lot of the early work by E.P. Carrillo. I love what he has done in the Dominican Republic and was so glad to see his rebirth in 2009, so when things went in a different direction in the later half of 2019, I had concerns. La Historia is not a cigar that impressed me the way it did Cigar Aficionado, nor did it many others whose palates I trust, but when I saw that a new vitola was being released I was open to it as I should be. The cigar is a belicoso, and it goes by the name Regalis D'Celia. It is not being released till the trade show, but today I take a look at that cigar and see how it smokes.


Regalias D'Celia is a pressed belicoso, and it has a soft press which is what I care for. The cigar measures 5 7/8" with a 58 ring gauge, and it has a long tapered finish. The blend consists of a Mexican San Andres wrapper, an Ecuadorian Sumatra binder, and a filler blend of Nicaraguan tobacco. The packaging is identical to that of the other vitolas in the line, and it is beautiful packaging overall, probably the prettiest from E.P. Carrillo. The wrapper itself has a nice maduro coloring and it has some lighter marbled sections here and there. There are some solid size veins throughout the cigar and has a nice gritty texture. The aroma at the foot is that of spices, chocolate, and rich tobacco, and the same goes for the wrapper itself. I took a smaller cut to the tapered head so I could get that smaller ring gauge experience, and it had a perfect draw. 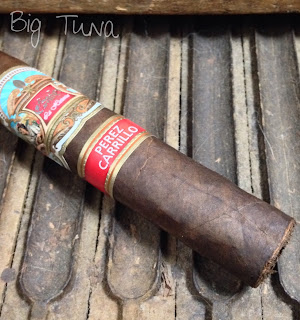 The first third open up by showing some powerful flavors, and it has a lot going on. There is a nice tobacco, spice, and pepper flavor to the cigar, but it also has some rich earth and manure flavors with some chocolate like qualities on the finish. It is very balanced and rich, and the press does a lot with the tapered belicoso finish. I would classify the flavors as being full, same for the body, and the strength is right at a medium-full level. There is a lot of complexity and depth with the cigar and I am really enjoying the first third. The construction has been stellar thus far and it has shown a nice solid charcoal ash that is holding on firmly to the end. The draw is cool, producing a lot of smoke, and there is a long finish on the cigar that delivers the flavors once again. Overall, a great start to the cigar and I am looking forward to the second third. 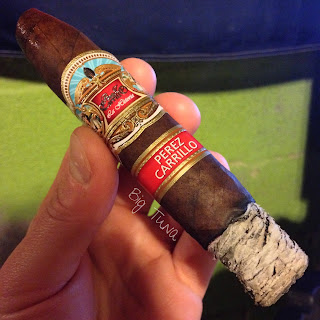 I am in the second third of the cigar now and I am finding some transitioning with the cigar. It has a nice herbal and tobacco flavor with the cigar, and it is accompanying some tobacco, spice, and pepper flavors. There is a hint of earth and barnyard on the finish, but it has lost a lot of the sweetness and chocolate flavoring from before. It is still smoking at that full level in terms of flavors and body, and I believe the strength has increased in this third as well. Overall, this is a complex and balanced blend, and there is a nice bit of depth to it. The finish is long and it is a great afternoon and evening cigar. The construction continues to be top notch in this third and it is showing that even burn line with the firm and solid charcoal ash on the end. The draw is cool throughout, and there is the perfect amount of smoke with each puff. 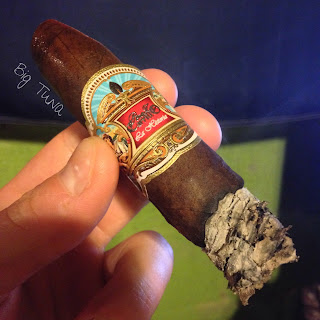 When I get into the final third of the cigar, I find that the flavors end on a very heavy and strong note and that it is showing some dark wood, heavy tobacco, and damp earth qualities. There are some spice and pepper notes present with the cigar as well, and it has a long and heavy finish. It is not sweet or showing any chocolate notes like it was in the first third or slightly in the second third, but I like the increase in strong flavors on the finish. It finishes on a full flavor, body, and strength level, and the growth in all areas is to my liking and showing of a solid blend. The construction in the final third remains in line with that of the first and second third and it is showing an even burn line with that charcoal ash on the end. Smoking this cigar you know time was put into it, and that is something that separates good cigars from decent cigars. The final draw is cool and robust, and I smoke it down to the tapered nub. 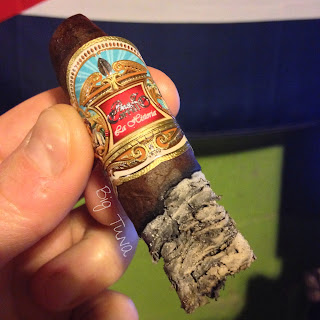 I really enjoyed the new offering in La Historia and it is my favorite vitola thus far. I was never impressed with the line, but after this smoke I like the direction in which the cigar goes and find it to my liking. The tapered head and the press really do a lot for this vitola and line, and it delivers a great smoking experience which shows the qualities of the wrapper, binder, and filler. What is great about the cigar is that it has a nice richness at first, a balance between some richness and dry spice in the second third, and a spicy finish to the cigar which makes for a nice experience in terms of complexity and transitioning. I think more people who were not a fan of the line before will see the positive qualities with this offering, and while the vitola may not be their cup of tea, they will find that it takes the line to a whole new level. I would definitely smoke these again and I believe they will age well. They have some nice kick to them right now, but in time they will be softer and open up more. I am giving the cigar a 90 and it is a huge improvement compared to the original offerings. 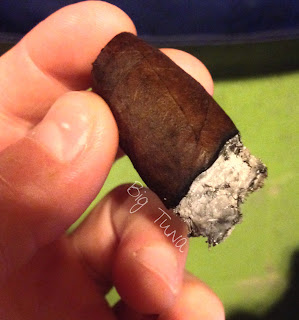 *cigars for this assessment were provided to Seth's Humidor by E.P. Carrillo