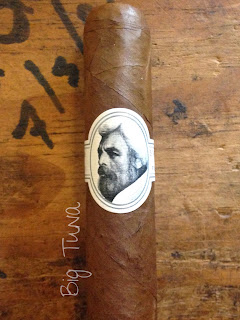 I continue with my reviews of the new Caldwells today and I am focusing on one of the two new offerings in the Eastern Standard line. The new cigar is called The Cypress, and it is a monstrous cigar when compared with the original line offerings. Initially I did not think Eastern Standard would be a line that spoke to me and would have ranked it third in the Caldwell Collection Series, but I found that overall the line was my second favorite when looking at the Caldwell options. What helped it out even more was when they released the limited vitola lancero, The Silk Road. My experience with the ling though is that it does better young while losing some of those outstanding qualities with age, so today I jump on one of the new cigars and smoke it while it is young. Let's take a look at the Eastern Standard The Cypress and see how it smokes and compares to the original offerings.


One of the two new additions to the Eastern Standard line, The Cypress is a large toro that measures 6" with a 54 ring gauge. It features an Ecuadorian Connecticut Hybrid wrapper, and underneath is a Dominican Habano binder. The filler is a mixture of Dominican and Nicaraguan, and is 30% Dominican Criollo '98 viso, 30% Dominican Corojo Ligero, and 40% Nicaraguan Habano Seco. The Cypress has that dark Connecticut coloring to the wrapper, and it is almost a Natural color. In some ways, the cigar reminds me of a faint Sumatra or Cameroon wrapper. The wrapper has a few veins present throughout, and for the most part they are very minor. The texture is very silky, and it is smooth throughout. There is a nice closed pigtail finish, and it is a flat cap. There is an aroma of hay, honey, cedar, and soft spices on the wrapper, and the foot is showing some aromas of spices, sweet tobacco, and honey glazed fruit. 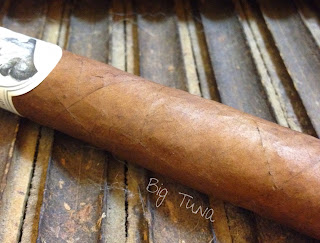 The first third opens up with a nice creamy aspect, and with that is some noticeable spice notes. I am picking up some cinnamon flavors, and it has some sweetness on top of that. There is this toasty quality present as well, and you can pick up some sugar qualities on that. The tobacco notes are present as well, along with some strong wood notes, and it is a creamy and yet filling cigar. The flavors are around medium-full, and I would say the body is there as well. The strength is around a medium level and this is a big cigar with a lot going on. The construction thus far has been stellar and it has shown a nice even burn line with that charcoal ash on the end. The draw is cool while producing a lot of smoke, and this is a terrific afternoon and throughout the day smoke thus far. 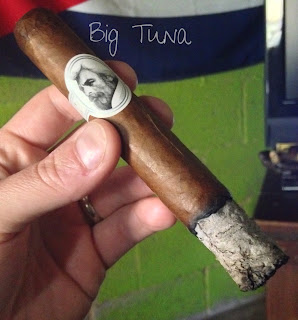 When I get into the second third of the cigar the creamy notes really increase and the cigar is showing a lot of those true Eastern Standard qualities. I am getting some quality cedar notes and it is accompanied by some nice coffee flavors. There is a touch of cinnamon here and there, and it has some nice sweetness present as well. Overall, the flavors have shown a nice bit of transitioning, and it is smoother and creamier third. I would classify it as being medium in terms of flavors, and the strength and body are at a medium level as well. It is a cigar I would have in the morning now, and given the size I would make it a weekend morning smoke. The construction continues to be perfect and it is showing an even burn line with a nice charcoal ash on the end. The draw is cool and open, and I am getting a nice cool draw with a lot of smoke. 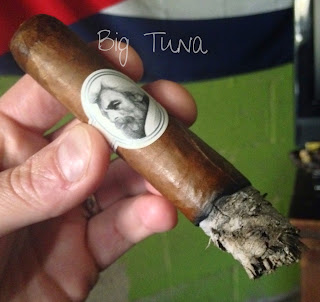 I am in the final third of the cigar now and it is closing by showing another transition in flavors. I am picking up some heavy cream notes and it has some vanilla qualities present as well. There is a nice tobacco and cedar flavor profile present with that, and it has touches of cinnamon and coffee on top of that. It is a very smooth finish and one is perfect for the cigar. It leaves me wanting another, but at the same time if this is it I am content. I would classify the strength and body as being medium right now and the same goes for the flavors being delivered. Simply a great modern Connecticut offering, which is what this line is about. The construction is perfect throughout as well, and it is showing an even burn line with a firm charcoal ash on the end. The draw is cool and I smoke the cigar down to the nub, never getting any unpleasant qualities. 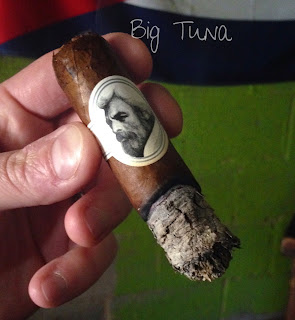 The Cypress is a positive addition to the line and necessary one at that. The larger size, while not over the top will appeal to the more modern smoker and with it being a modern Connecticut will be very appealing to the smokers looking for a cigar with flavor and not over the top in body and strength. I found that the cigar delivered some very enjoyable flavors throughout and the flavors went well with the body and strength that was offered. The construction was solid on all samples that I smoked, and I smoked the cigars down to the nub each time. Unlike the new Long Live The King, Lock Stock, I found that this stuck to the flavor profile that was present with the original three vitolas, and if the pyramid does the same thing the line is in very good shape. The one thing I will tell smokers is that the wrapper is very fragile on this cigar so be careful when handling. It is not a super thick leaf, so if handled poorly or rough will crack. The Cypress gets a solid 90 rating in my book, and I will come back to them when looking for a mild offering.