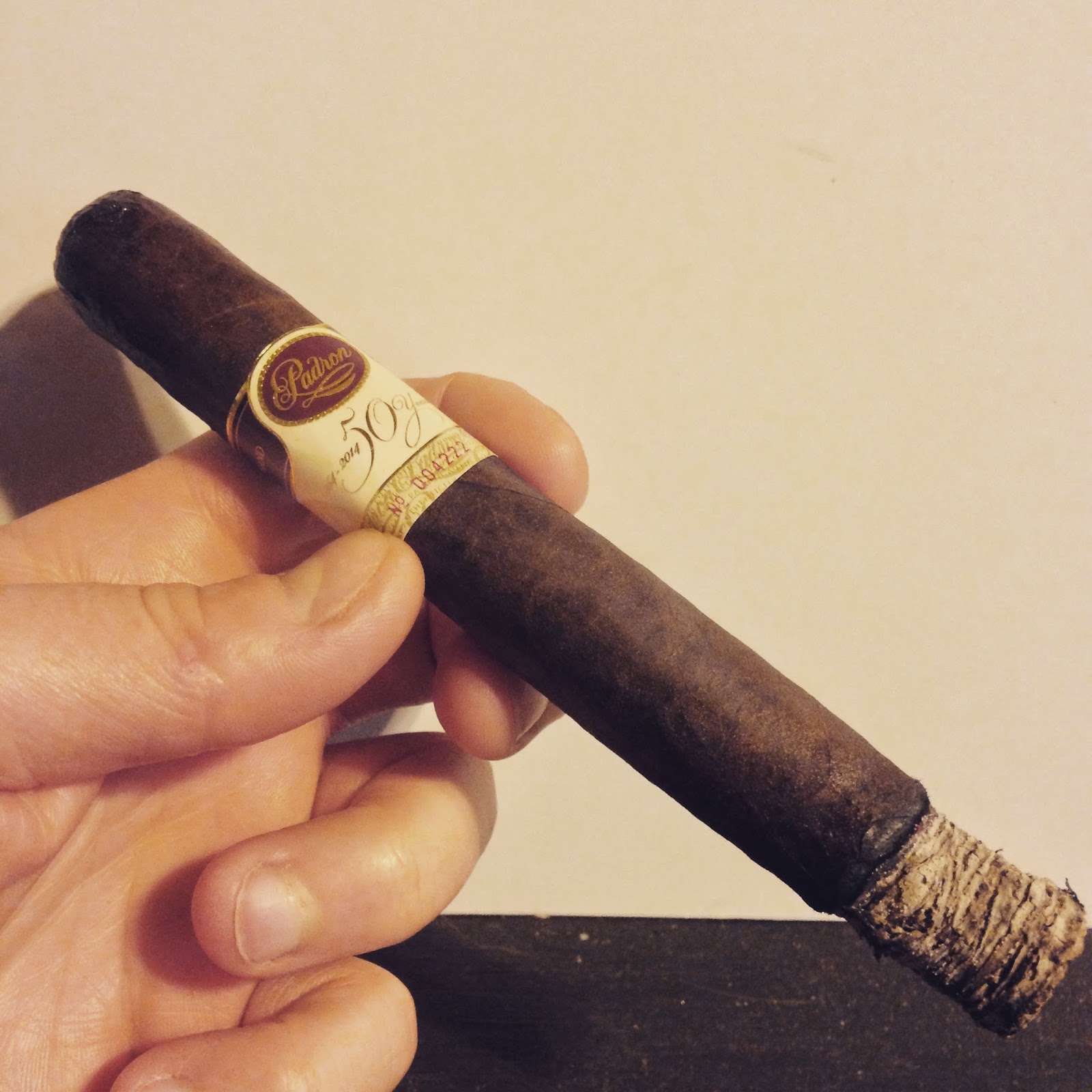 In 1964, Padrón Cigars came to be. Founded by José Orlando Padrón, Orlando has run the company everyday since then giving additional responsibilities to his son Jorge in 2008. It was in that year, 2008, that the company released a unique cigar that was not a part of any of their three series: 1926 Serie, 1964 Anniversary Series, or Padrón Series, but the beginning of a new series. That cigar was called the No. 44, and it would be a cigar that celebrated the company's forty-fourth year in the business and the first cigar of the Family Reserve Series. Following that release, they had the release of the successful Family Reserve No. 45 in 2009, the No. 46 in 2010, and the No. 85 in 2017; celebrating 47 years and more importantly José Orlando Padrón's 85th birthday. For the 2018 and 2019 years, there was not an additional Family Reserve Series release, but in 2020 with the company celebrating its 50th anniversary, we received the Family Reserve No. 50, and an even more special cigar which I talk about today, the Padrón 50th Anniversary The Hammer Maduro. 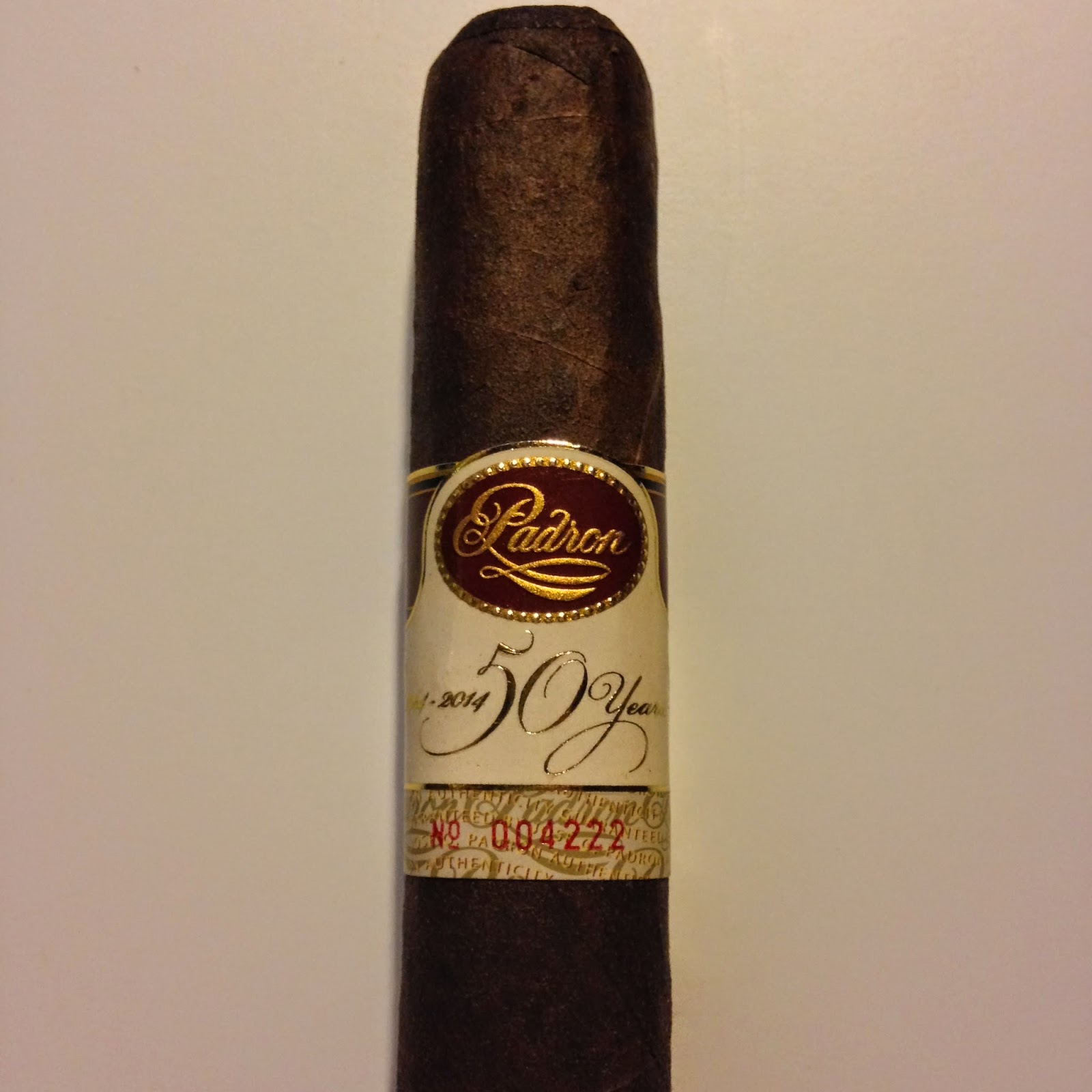 The 50th Anniversary The Hammer has been released in both Maduro and Natural offerings, and the cigars come in 50 count humidors, with total production set at 1,000 humidors. (Humidors divided equally between Natural and Maduro.) The humidors sell for $5,300, and they are absolutely stunning. With the packaging created by Nelson Alfonso, who has done the packaging for many new Habanos S.A. releases, and leads Selected Tobacco, the humidors present the cigars beautifully and everything is top notch. Each humidor has its own unique serial number, and with the humidor comes a certificate of ownership. The humidors will be able to be replenished by their owner, and in an interview I had with Jorge Padrón, I have been told they currently have enough tobacco for five years of replenishment. The cigars are individually numbered on the bands, like all premium releases from the company, but what makes the numbering unique this time around is that the numbering in the first run will be done in a red ink and all refills of the cigar will have the numbering in black ink, therefore separating the replenished cigars vs. the initial batch. 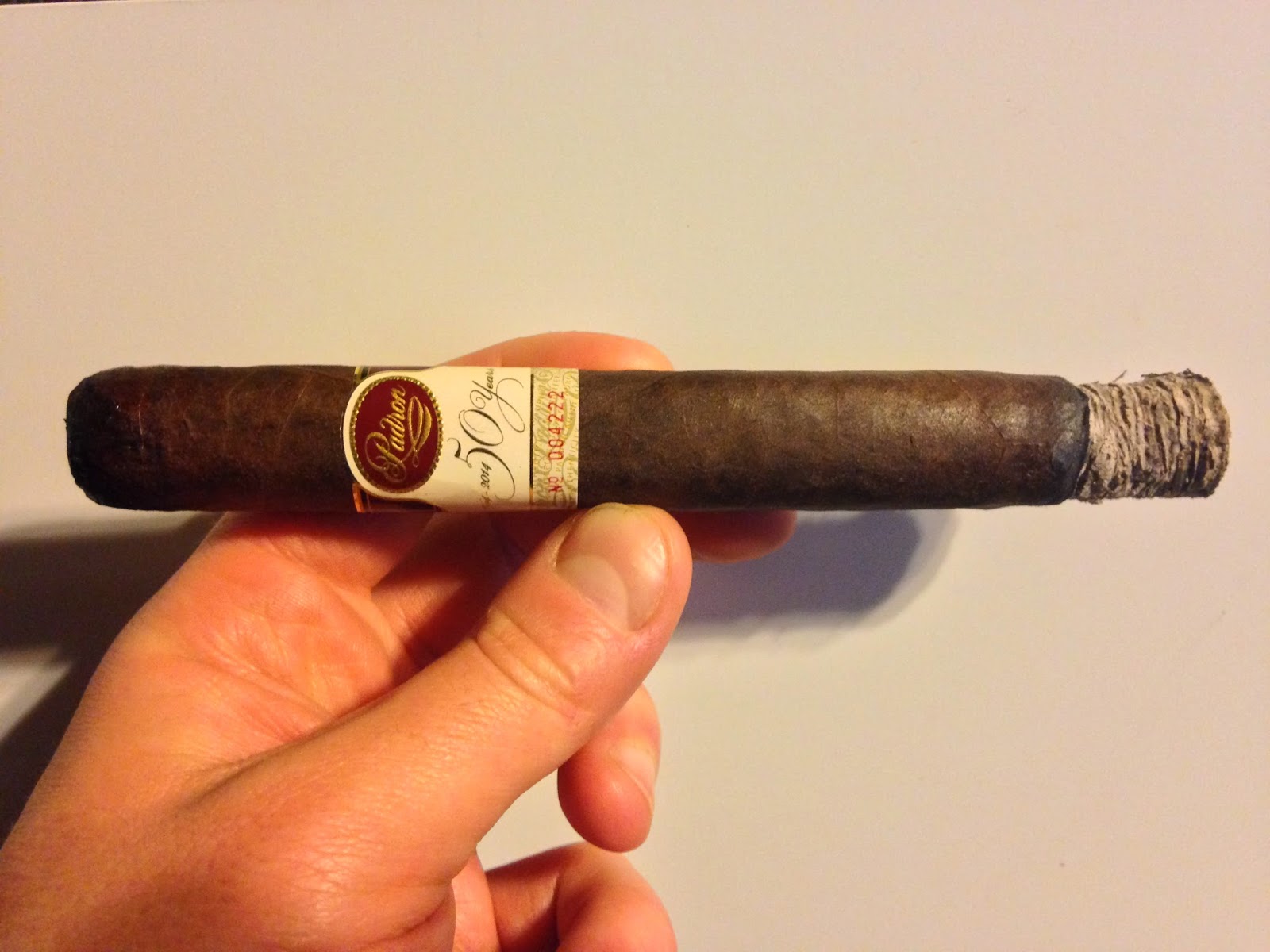 The 50th Anniversary Hammer is a double robusto by definition, and it measures 6 1/2" with a 50 ring gauge. The cigar is composed of tobacco that has been aged for ten years, and like all of their cigars, they are Nicaraguan puros with tobacco from their farms across Nicaragua. The cigars are rolled at their factory, Tabacos Cubanica S.A., and I was told they are being rolled and bunched by their best pair in the factory. This is the same case for the 80th Anniversary cigar. With a beautiful press, and a wrapper that shows no veins whatsoever, the 50th Anniversary is a gorgeous and monstrous cigar. The wrapper is applied perfectly, and it comes off as showing no seems. The band really pops off of the dark wrapper, and  the cigar is silky and slightly oily in texture. It is an easy maduro in coloring, and comes off as a dark espresso bar. The wrapper gives off an aroma of fruits, cream, and chocolate, and the foot is showing notes of rich earth, licorice, cream, chocolate, and sweet spices with tobacco. 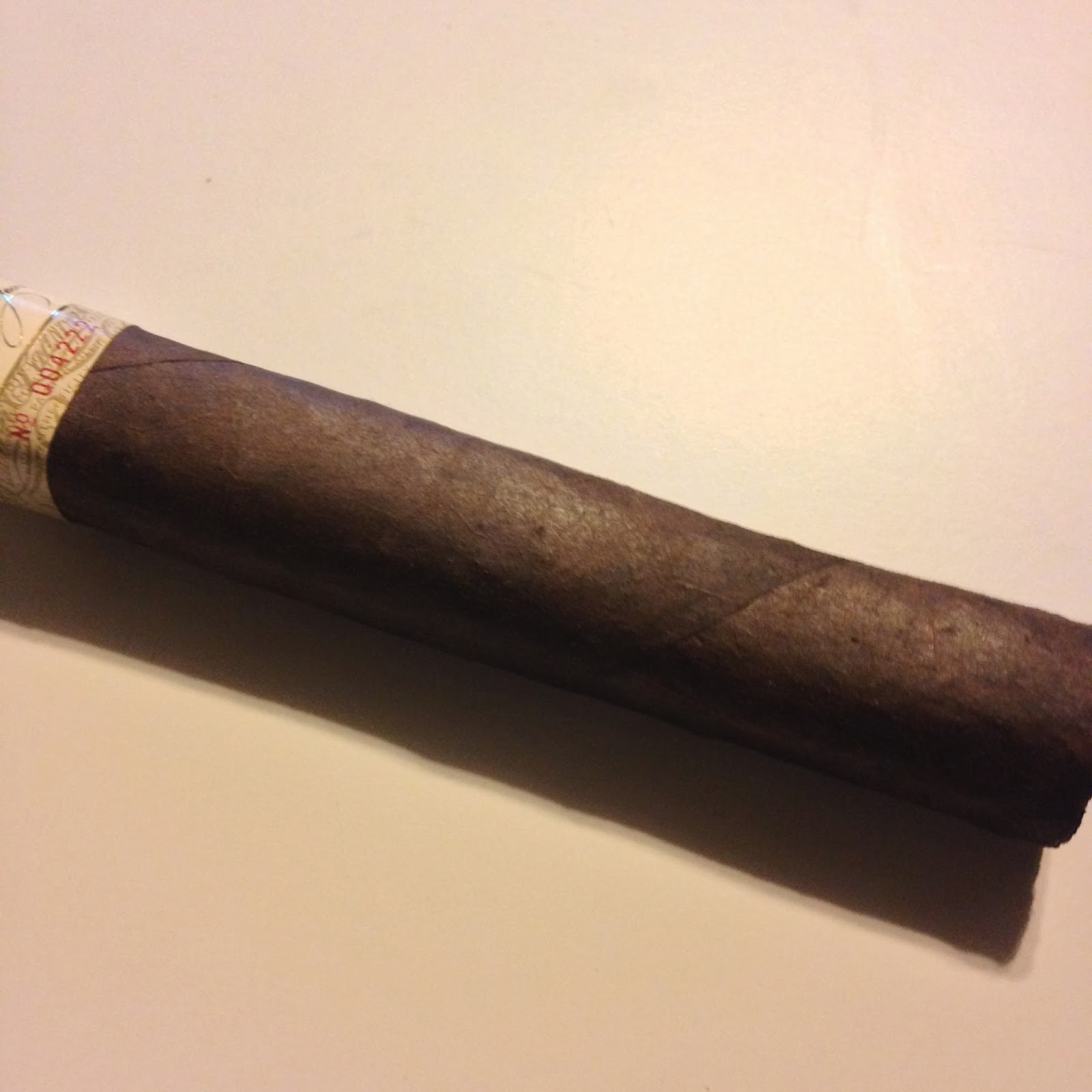 The cigar begins by showing some wonderful flavors that are smooth sweet. There is this nice sweet cherry flavor that is not quite maraschino cherry sweet, but more natural. It is accompanied by a nice sweet dark chocolate flavor profile, and it has some cordial like qualities. It is showing some rich earth and tobacco notes with that, and there is a nice damp tobacco and soft spice finish that is awesome. You can tell this is aged tobacco, and high quality aged tobacco. The construction is top notch in the first third and it is showing a razor sharp burn line with a nice charcoal ash on the end of the cigar. It is producing a great bit of smoke with each draw, and the draws are cool and giving off a nice bit of smoke on the palate. I would classify the cigar as being medium to medium-full in body, and the strength is at a level just above medium. 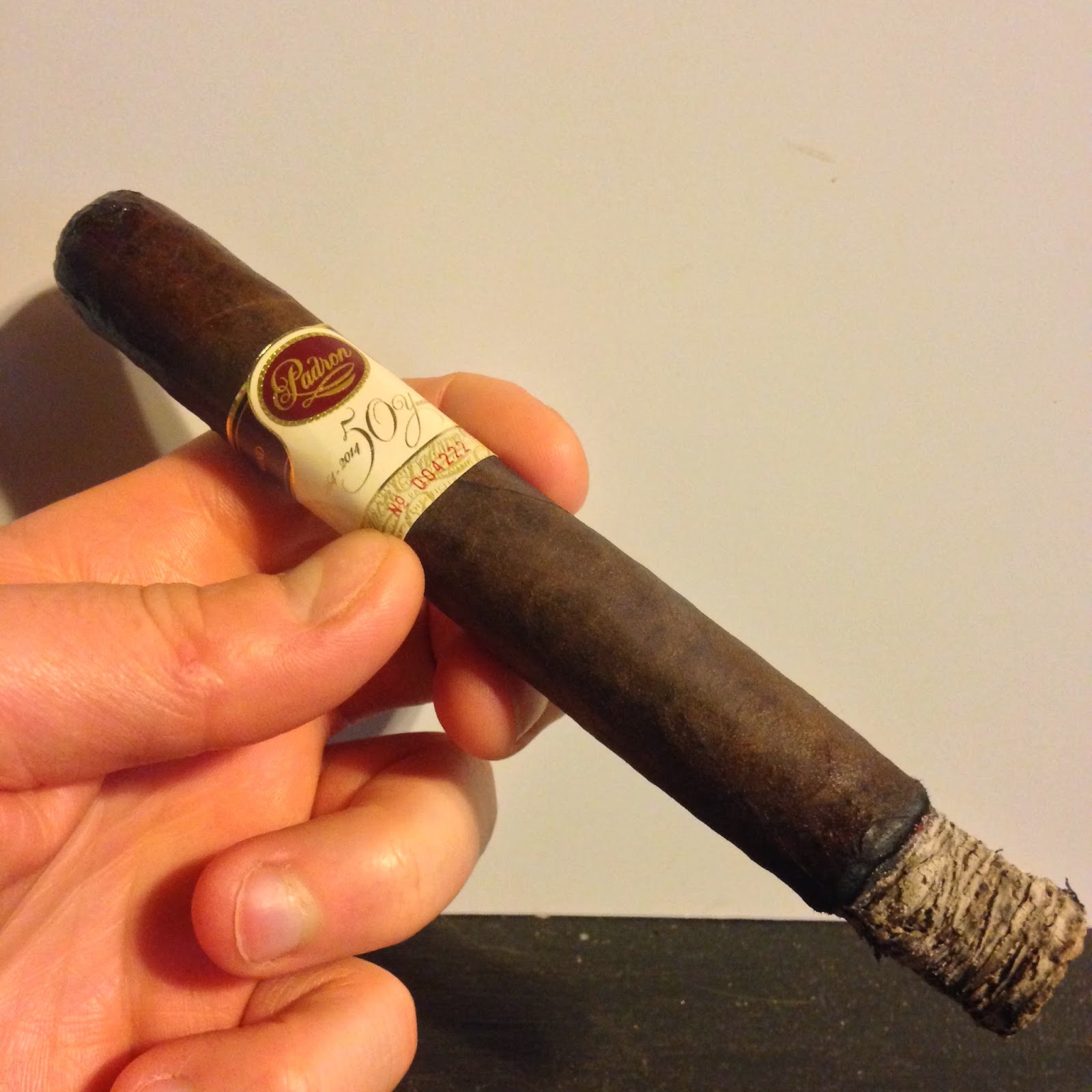 When I get into the second third of the cigar I find that the flavors are showing some transitioning, and it is giving off a nice tobacco, rich earth, and sweet spice flavor profile. It has some cocoa powder, toast, and nuts present as well, and the finish is a softer version of the first third, showing those sweet cherry flavors. It has those classic Padrón flavors, but at the same time a nice uniqueness that comes with the age of the tobacco and the blend itself. I would classify this third as being medium in terms of body, and the strength is right there. It is a super smooth cigar and with the size it makes for a great weekend evening smoke. The construction remains fairly similar to the first third, with at one point a little unevenness, and it is showing that solid charcoal ash on the end of the cigar. The draw remains smooth and cool, and this is an incredible cigar. 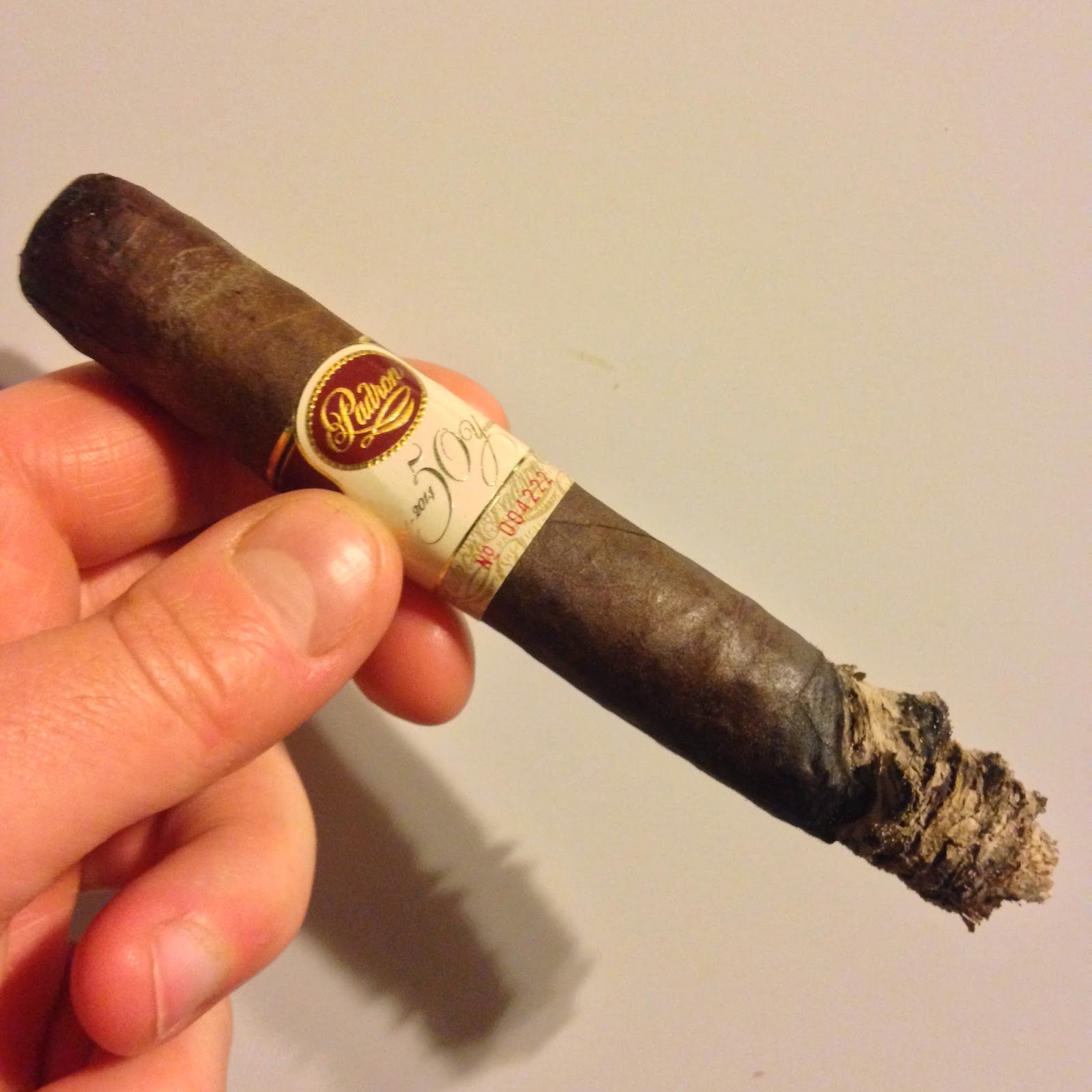 The final third shows a little bit more transitioning from the second third, but it is continuing down the road of the second third and showing a less cherry focused flavor profile, but more a bouquet of subtle flavors playing off of one another. It has a nice cocoa, tobacco, rich earth, and sweet spice flavor as the core, and it is accompanied by notes of cherries, toast, nuts, and tobacco with that. It is rich, but not over the top, and overall very balanced. The construction remains perfect throughout the final third and it is showing an even burn line with that lovely charcoal ash on the end. The ash is holding on firmly, and there is a smooth draw with the cigar, producing a nice bit of smoke on each draw. It is smokes cool and wonderfully to the nub, and it has a finish that is soft and not overbearing, leaving wonderful thoughts of the cigar. I would say that the cigar is a solid medium in terms of body and strength, and is simply terrific. 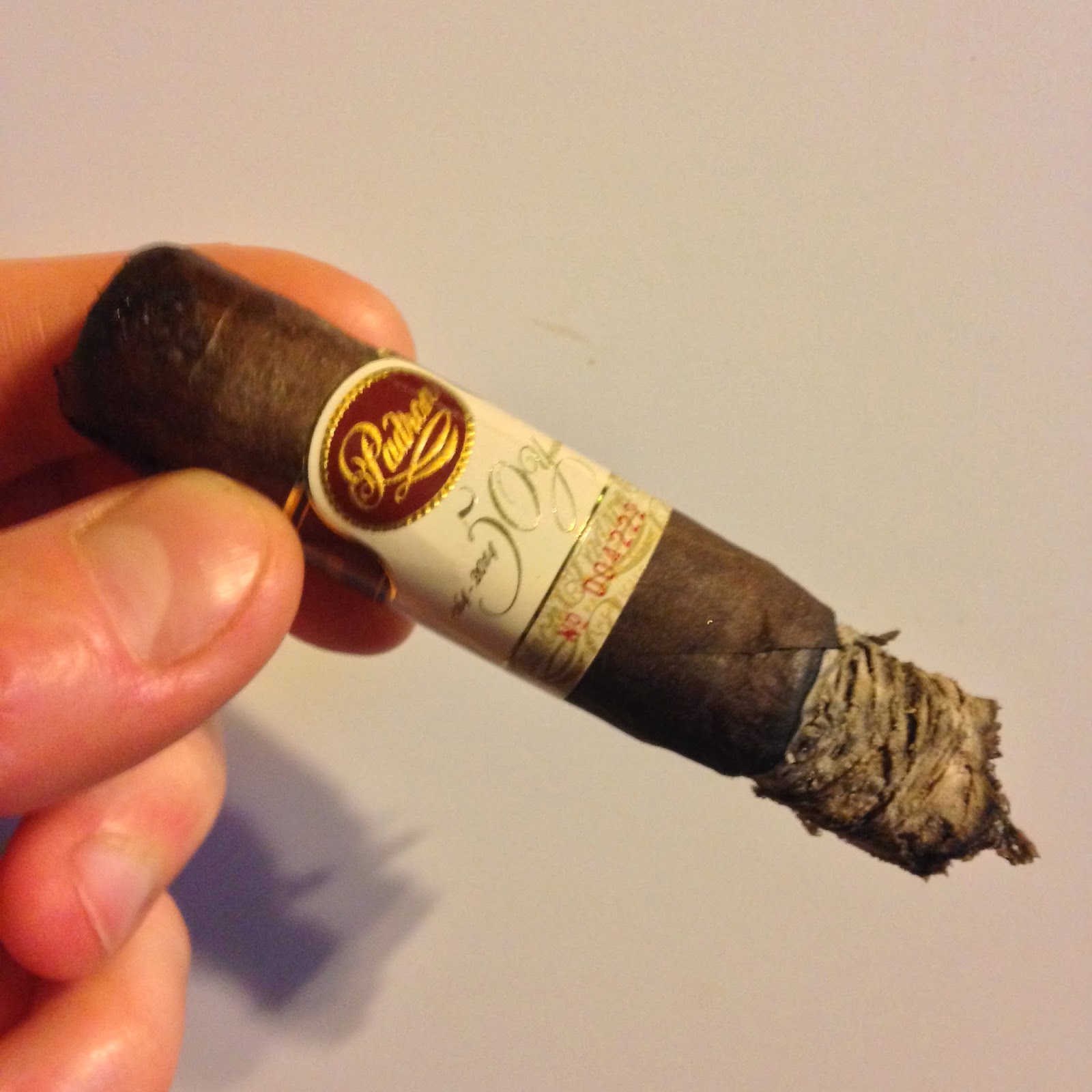 The 50th Anniversary Hammer is a phenomenal cigar, and I enjoyed every moment smoking it. It is a true tribute to 50 years of business, and a great example of what the Padrón family can do with aged tobacco. They strive on blending with aged tobacco, something a lot of other companies fail or not do, and that sets them apart from others. I loved the sweetness and cherry notes that were dominant in the first third, but I also love that as it progressed it showed some transitioning, and in the end really showed those great core Padrón flavors. It is truly a special cigar and while many would buy them to hold onto, it should be smoked as that is the best way to honor and celebrate the company's 50 years. I loved the cigar and I would smoke them again in a heartbeat. If asked if it will age well, I would tell you that it is already there, don't age them. That is the case for all of their cigars though. I am eager to try this in the Natural offering, and I imagine that with those flavors it will be more to my liking, but the Maduro is simply terrific. With that being said, the Maduro can be seen as the best Padrón ever made, but with releases like the No. 45 Maduro, 80th Anniversary Maduro, and the 1926 Serie No. 9 Natural, they have a lot of great offerings that can be seen as their best cigar ever. I am giving this cigar a 93 rating, and the best cigar of April thus far. 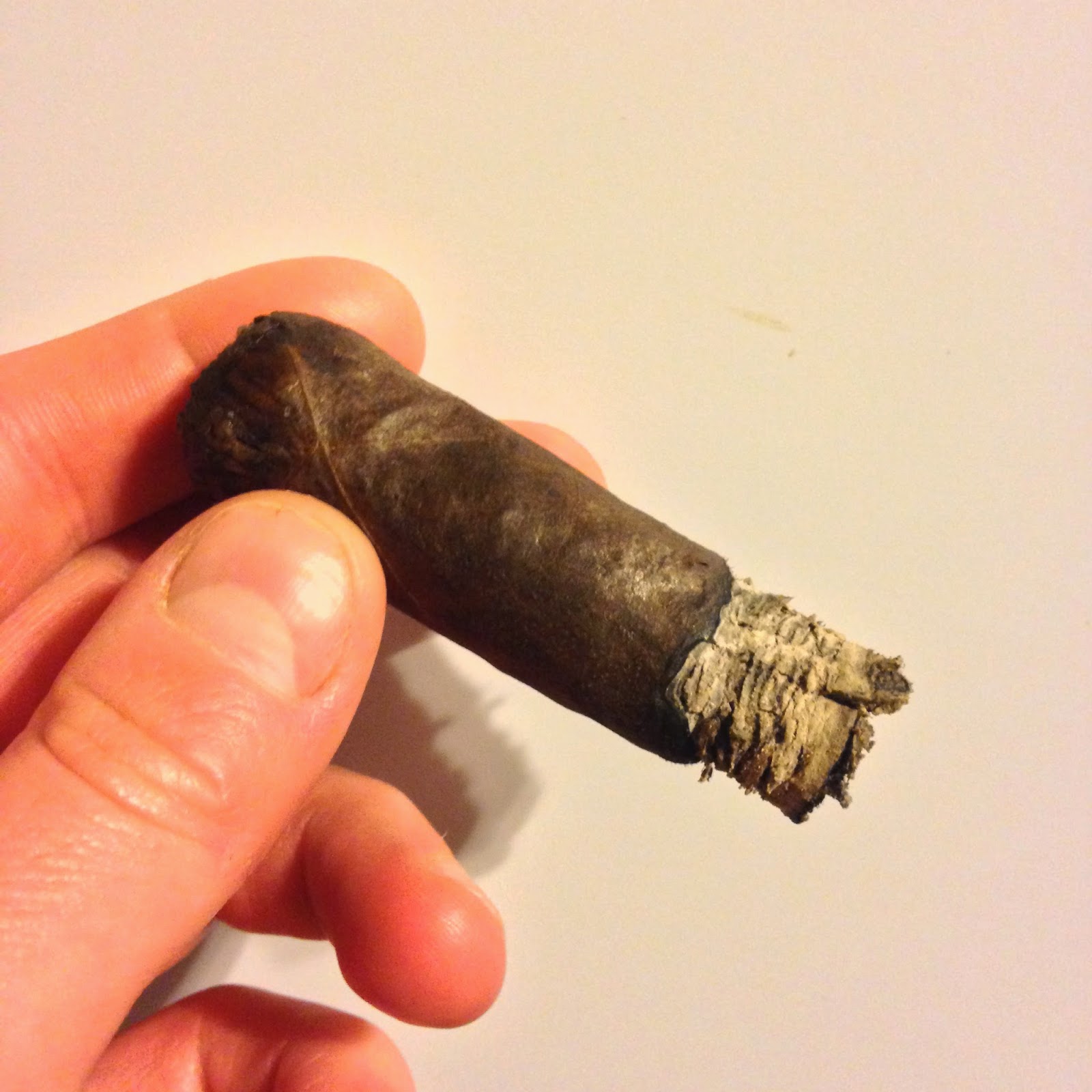 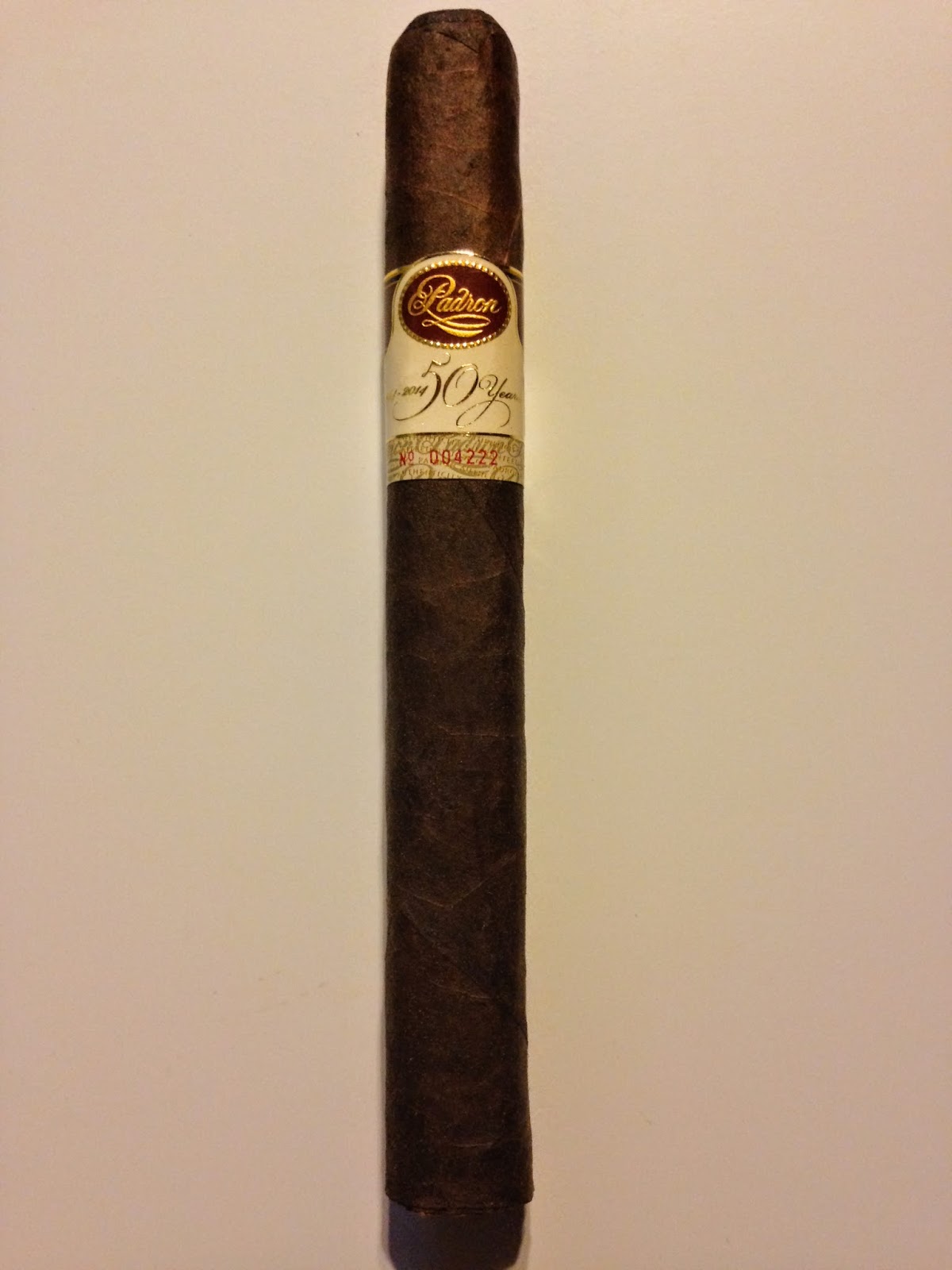