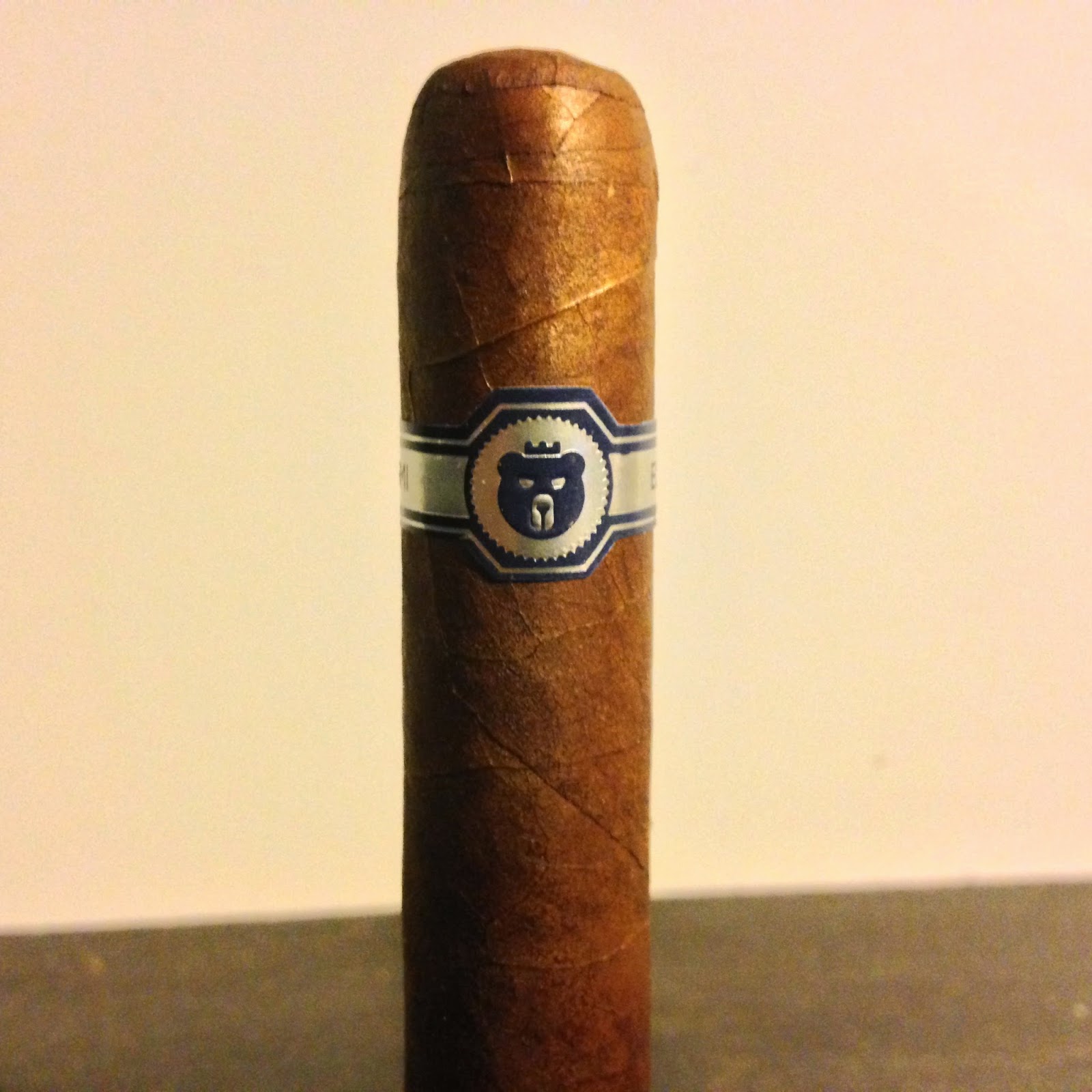 No need for longer introductions! Today I conclude my assessment of El Oso by Warped Cigars. I have covered Mama and Papa, but today I focus on the baby, El Oso Cub.


The smallest vitola in the line, El Oso, the Cub is a petit corona in nature that measures 4" with a 44 ring gauge. The cigars are made at El Titan de Bronze, and they are available in 10 and 20 count boxes. Production is limited to 150 cigars a day, so it is very limited in terms of production. The cigar features an Ecuadorian Habano Oscuro wrapper, and underneath that is an Ecuadorian binder followed by Nicaraguan  and Dominican fillers. The cigar sports a dark and oily wrapper, and it has minor veins present throughout. There is a lovely triple cap placed on the cigar and it is rolled firmly throughout. The coloring is that of a solid Colorado to Colorado Maduro, and it has an old school look to it. The foot is giving off an aroma of tobacco, leather, earth, and soft spices, and the wrapper is showing an aroma of wood, tobacco, and hay notes. 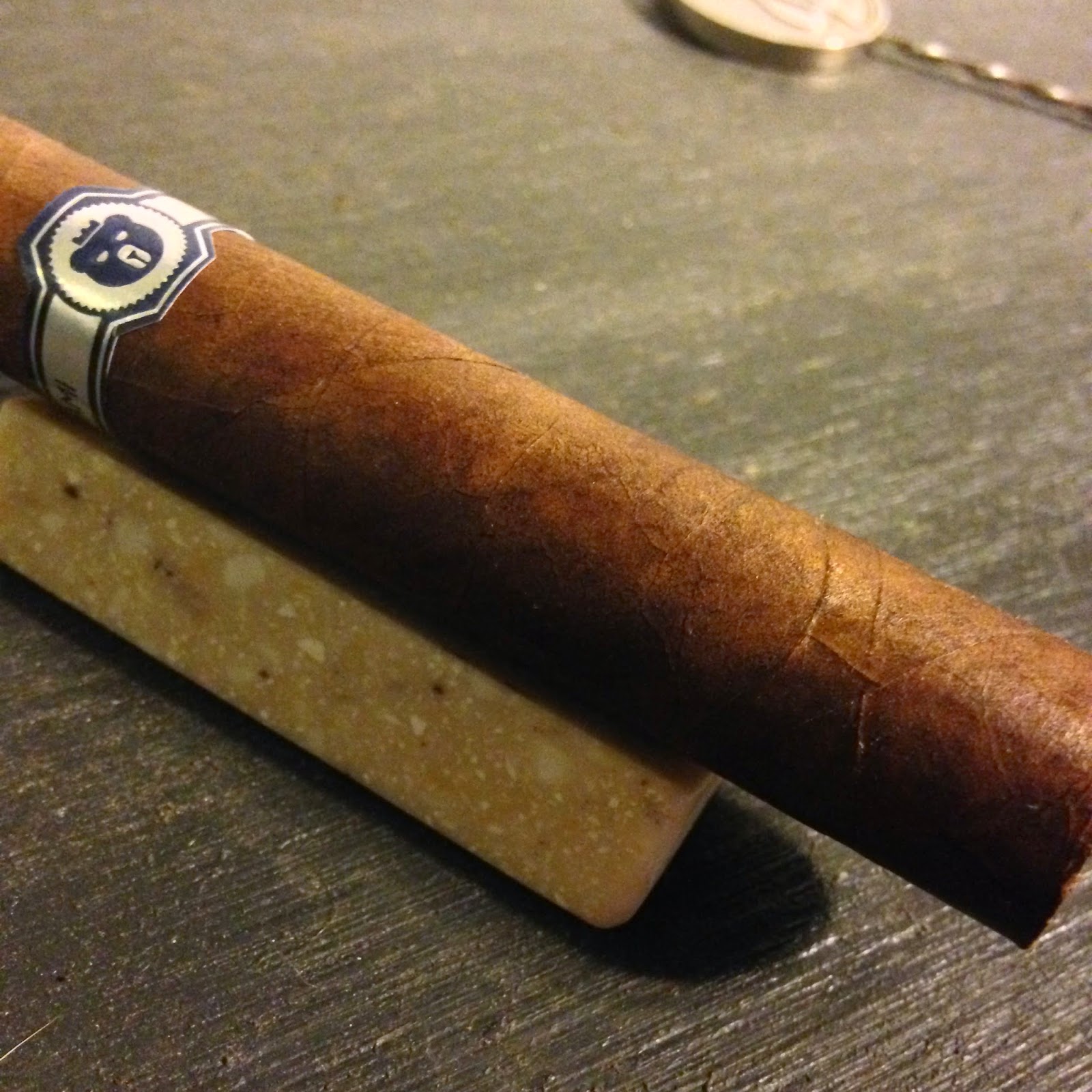 The first third opens up by showing a nice amount of flavors and it is a flavor profile that has a lot going on. I am picking up some floral and herbal qualities, and it has some tobacco and woody notes on top of that. There are some spicy qualities present on the finish, and it has a subtle touch of cocoa powder. It is a complex cigar and so far very enjoyable. The construction has been absolutely wonderful thus far and it is showing an even burn line with a nice charcoal ash on the end. The ash is holding on firmly and I am getting a nice bit of smoke produced with each cool draw. I would say that the strength and body are smoking at a medium level overall, and it has a flavor profile that is there as well. It is balanced and fairly complex so far and I look forward to the growth that should be present in the second third. 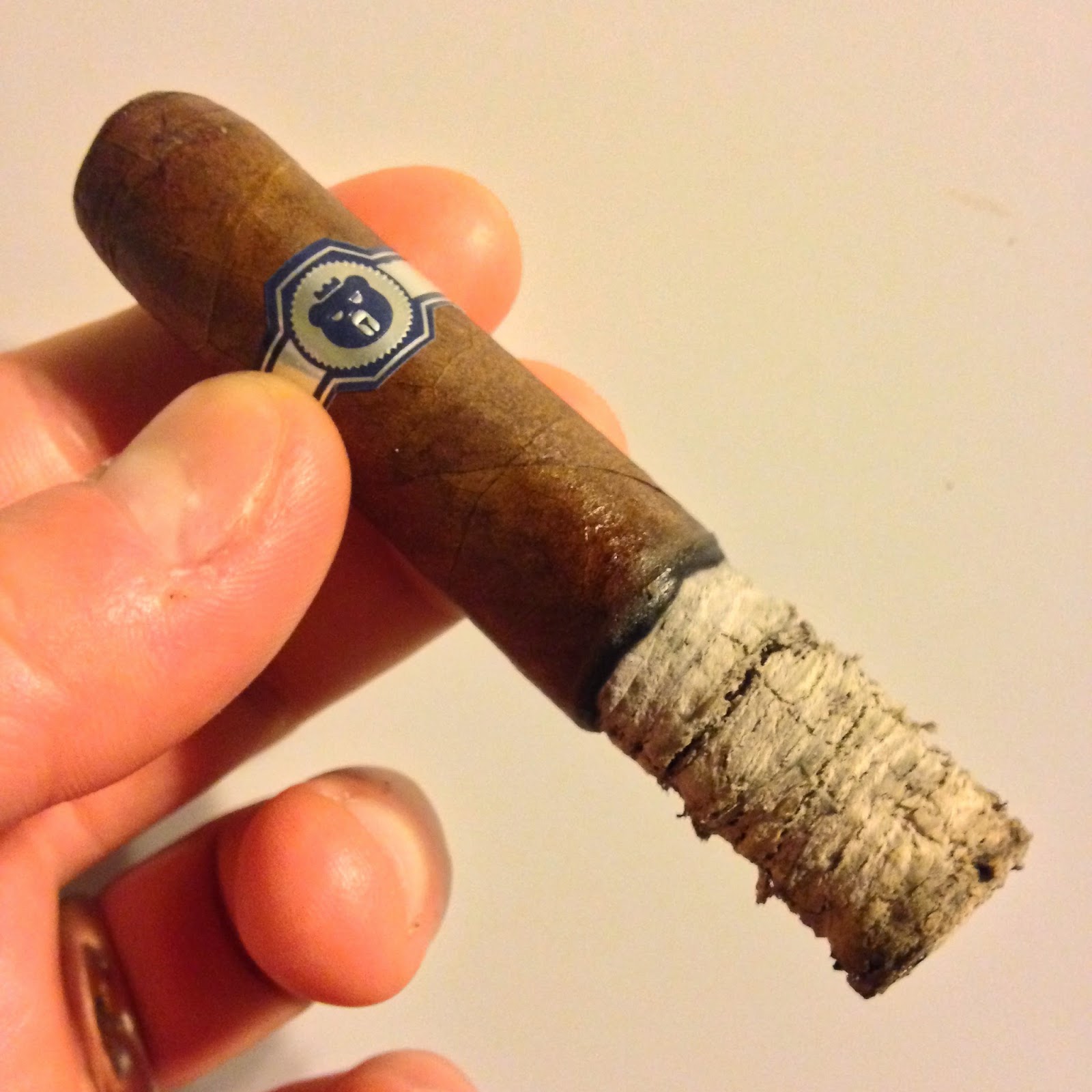 When I get into the second third of the cigar I find that there is some transitioning and that it is showing some additional flavors as well. I am getting a nice seasoned meat flavor and it is accompanying those wood, floral and herbal qualities. There are touches of tobacco present as well, and it has a nice coffee and cocoa finish. I would still classify it as being a medium cigar in terms of body and strength and the flavors are pairing perfectly with the overall qualities. It is very balanced, and it is a cigar I could have in the morning, afternoon, and dinner. The construction continues to be top notch as well and it has that even burn line with nice light charcoal ash on the end of the cigar. The draw is still cool in the second third of the cigar and it is producing a nice amount of smoke on each draw. 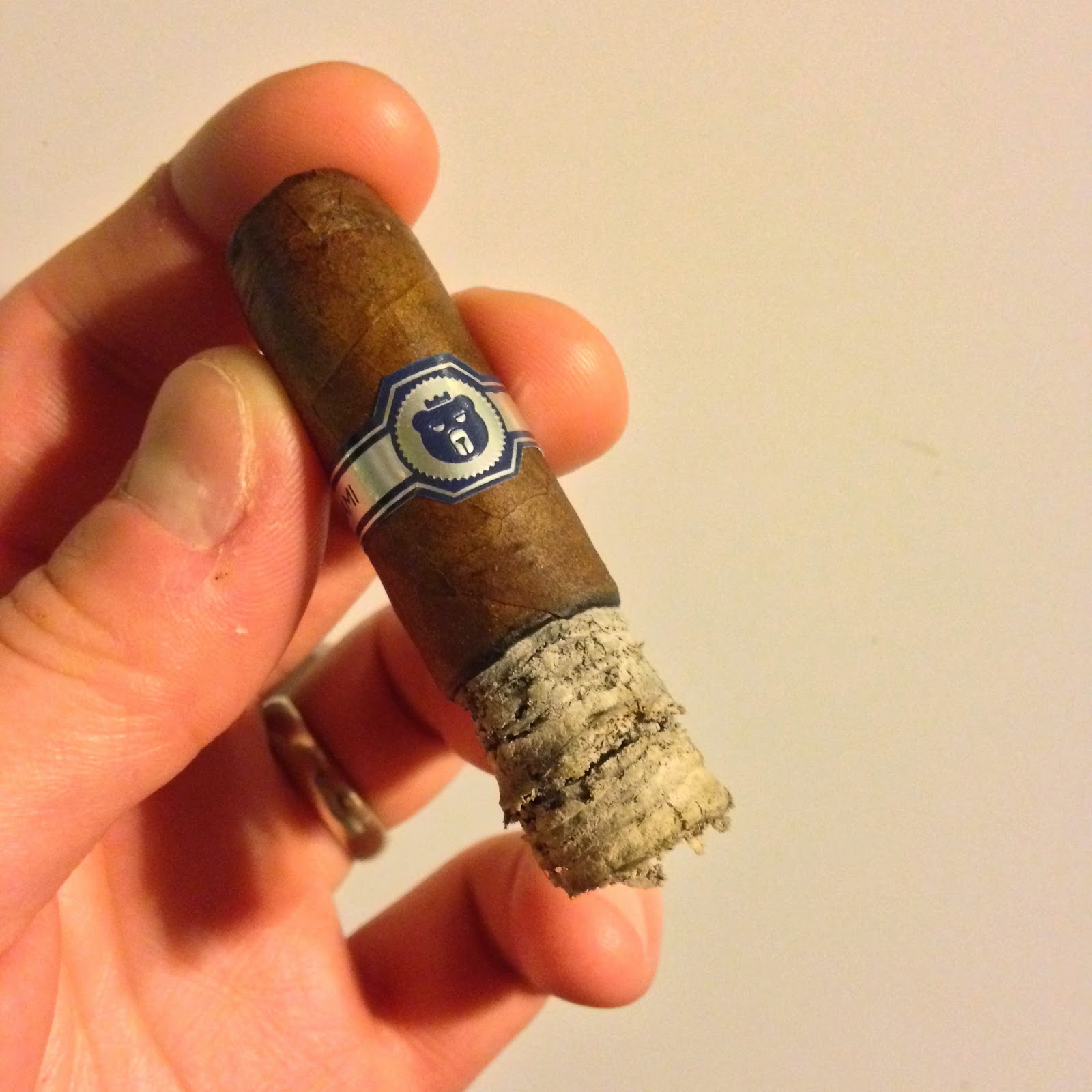 The final third shows a continuation of the flavors that were present in the first and second third and it is giving off a nice floral, herbal, and wood flavor profile. It has a touch of that meaty quality present now, and it has a finish of cocoa and coffee beans. There are notes of leather lingering on the palate, and it is a nice way for the cigar to come to a close. The construction remains absolutely perfect in the final third and it is showing an even burn line with a nice charcoal ash on the end. The draw is cool, producing a nice bit of smoke, and these are cigars you can smoke a whole box of and they will never show a problem. The body and strength remain at that medium level, and it is a cigar that can be approached by so many smokers. The cigar smokes cool down to the nub, and I immediately light up another one after I lay it down. 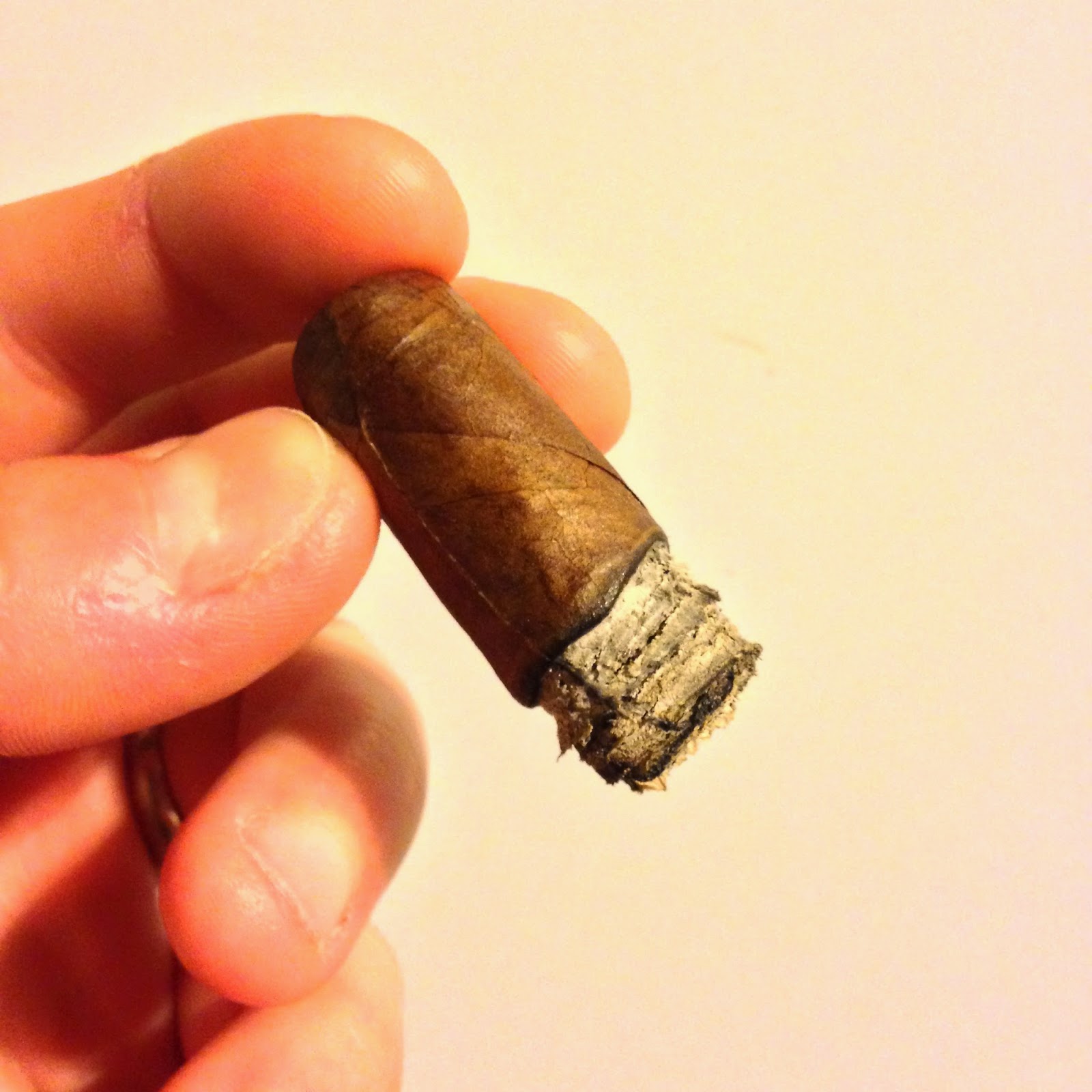 El Oso Cub is probably the most appealing of the vitolas offered in the line when looking at modern smokers overall, and it is a great short smoke. It is packed with solid flavors, and for being a petit corona it is a cigar I would come back to quite frequently. The construction is nothing but perfect, and as the company defines it, it is a solid medium body/strength cigar. I would recommend it to a lot of people, and if I were to introduce a smoker to the brand who has not smoked the brand yet, I would give him one of these first. It is simply an enjoyable smoke that does not disappoint. With that being said, I do not think it is the best offering in the line, but rather behind the Papa which is behind the Mama. Overall, Warped Cigars has some incredible lines on the market, and they are all unique and special. Nothing overlaps, and that is what you want these days. I am giving this cigar a solid 89 rating. 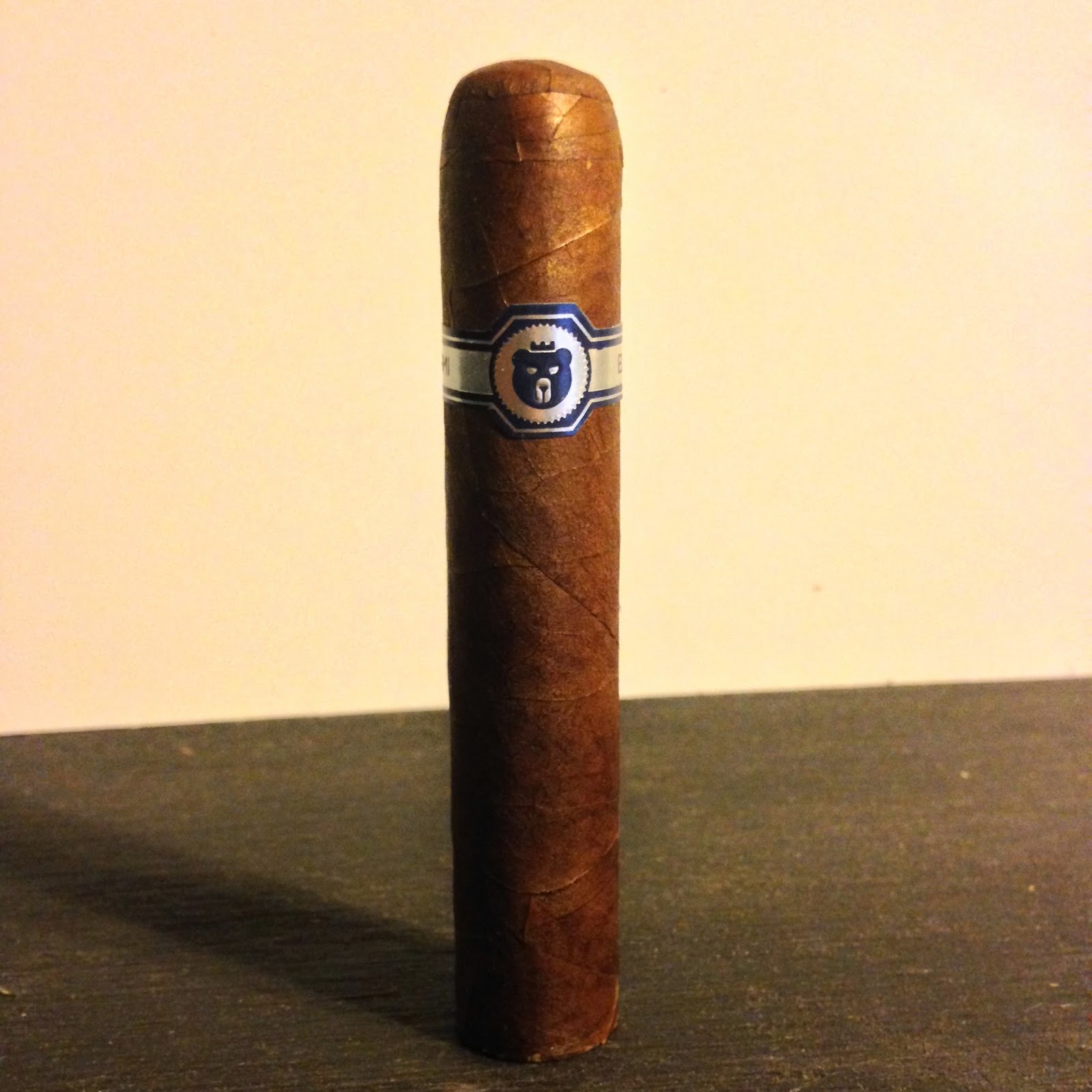