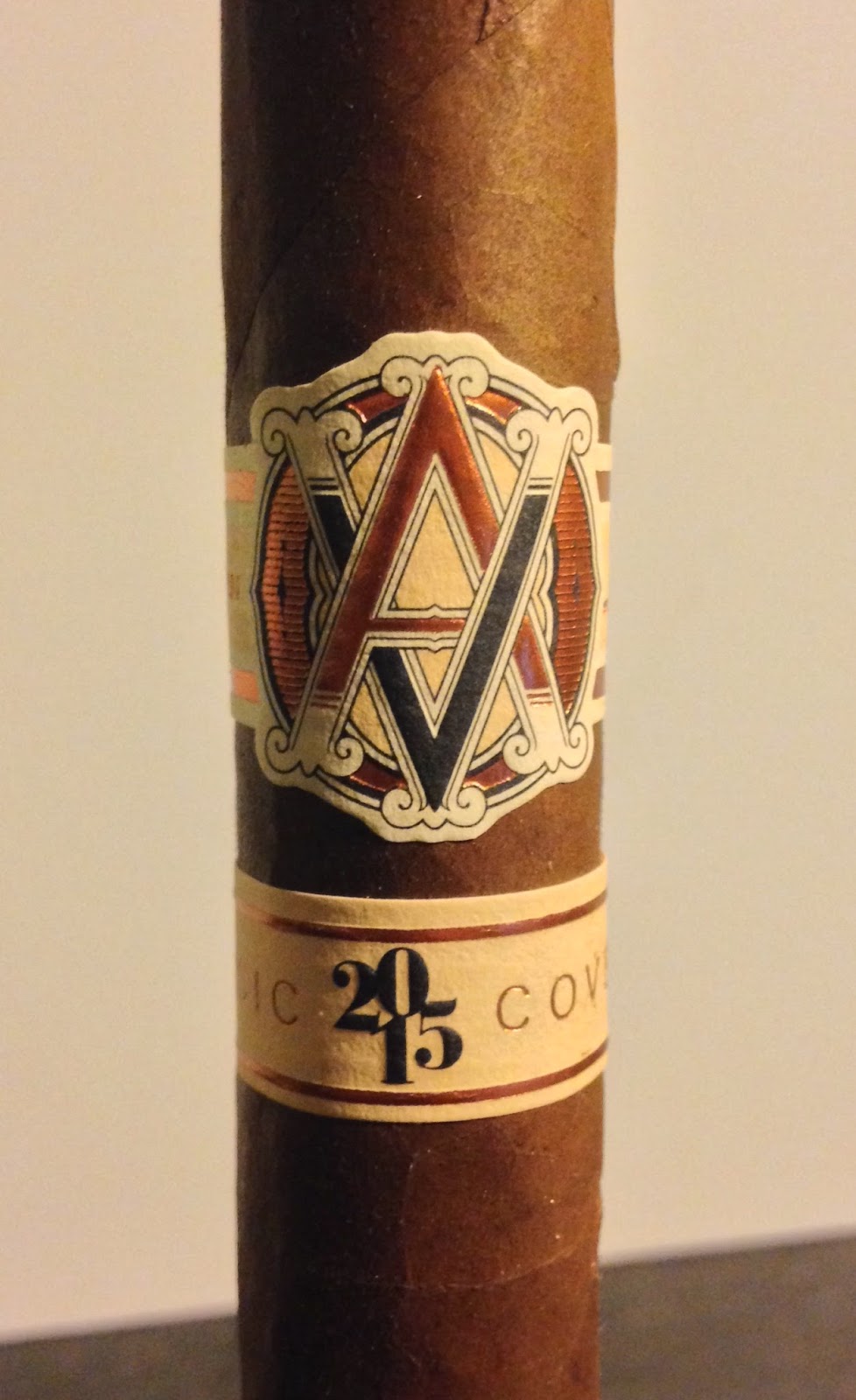 In March of this year, AVO announced that they would not be releasing its annual birthday cigar for Avo, but they did announce that there would be a limited edition release. This announcement followed up the beginning of the year face lift for the company, and the resurrection of the brand, similar to what did and is happening with Camacho. The new limited releases would be called the Improvisation Series, and like the brand it would be themed around music. The first release would be titled Classic Covers, and as the AVO brand manager Scott Kolesaire stated, it is a "cover" of the AVO Classic. They wanted to offer a modern take of a classic release, and so they used the base blend with some tweaks here and there. I love the concept, and the relationship to music with that, so with that being said, let's take a look at the new AVO limited, the AVO Limited Edition Improvisation Series – Classic Covers 2021. 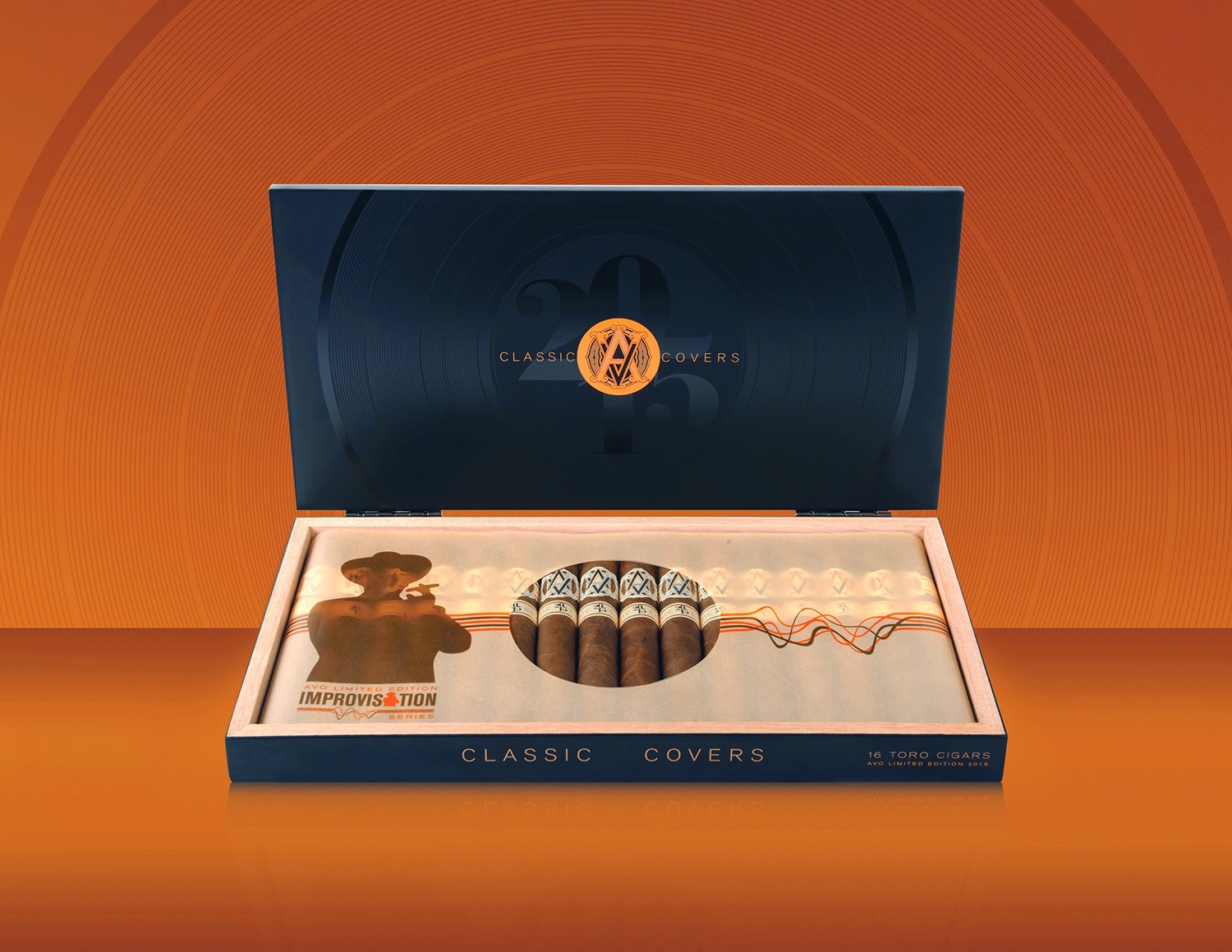 The Classic Covers comes in a classic toro vitola, and it measures 6" with a 50 ring gauge. Total production for the United States was 3,500 cigars, and the cigars come in 16 count boxes. The cigar features an Ecuador 702 wrapper from the Dominican Republic, and underneath that is a Mexican San Andres binder. The filler is a blend of Nicaraguan and Dominican tobacco, and it features some Ligero from Ometepe, Nicaragua, Piloto Ligero from the DR, San Vincente Ligero from the DR, Hybrid Corojo/Olor Ligero from the DR, and Criollo Ligero from the DR. The cigar features a silky wrapper and it is incredibly smooth in texture, showing some oils as well. There are few veins present overall, but the veins present are more medium size overall. There is one seem which is a little off with the application, but I do not see that being a major problem with the cigar overall. The wrapper has a nice Colorado coloring and it is a lovely color. The foot is showing a nice aroma of hay, cedar, raisins, and chocolate, and the wrapper is giving off an aroma of grass, wood shavings, and hay. 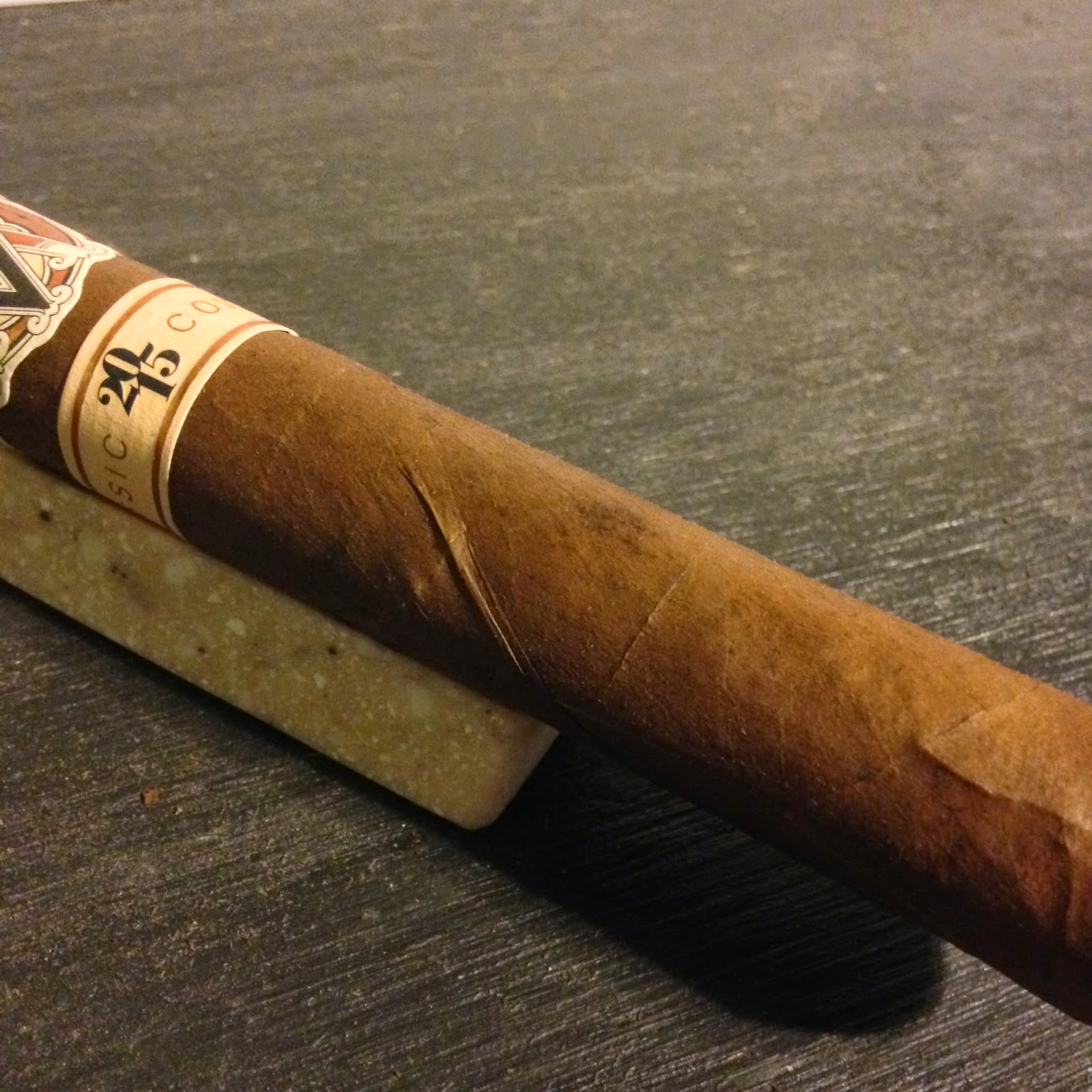 The cigar delivers a lot of flavors in the first third, and there is a lot going on with this cigar. I am picking up some serious pepper and spice notes, and there is a nice present richness as well. The AVO is showing some cocoa qualities with that, and it has some mint and grass qualities present as well. The finish shows some nice dry earth qualities on top of that, and it is a nice first third. The flavors are really in your face, and it is not this soft AVO that many people think of when they smoke an AVO. I would classify the strength as being medium overall, and the body is closer to medium-full. The construction is absolutely perfect with the cigar and it is showing an even burn line with a nice charcoal ash on the end. A great bit of smoke is being produced with each draw, and the draws are cool thus far. 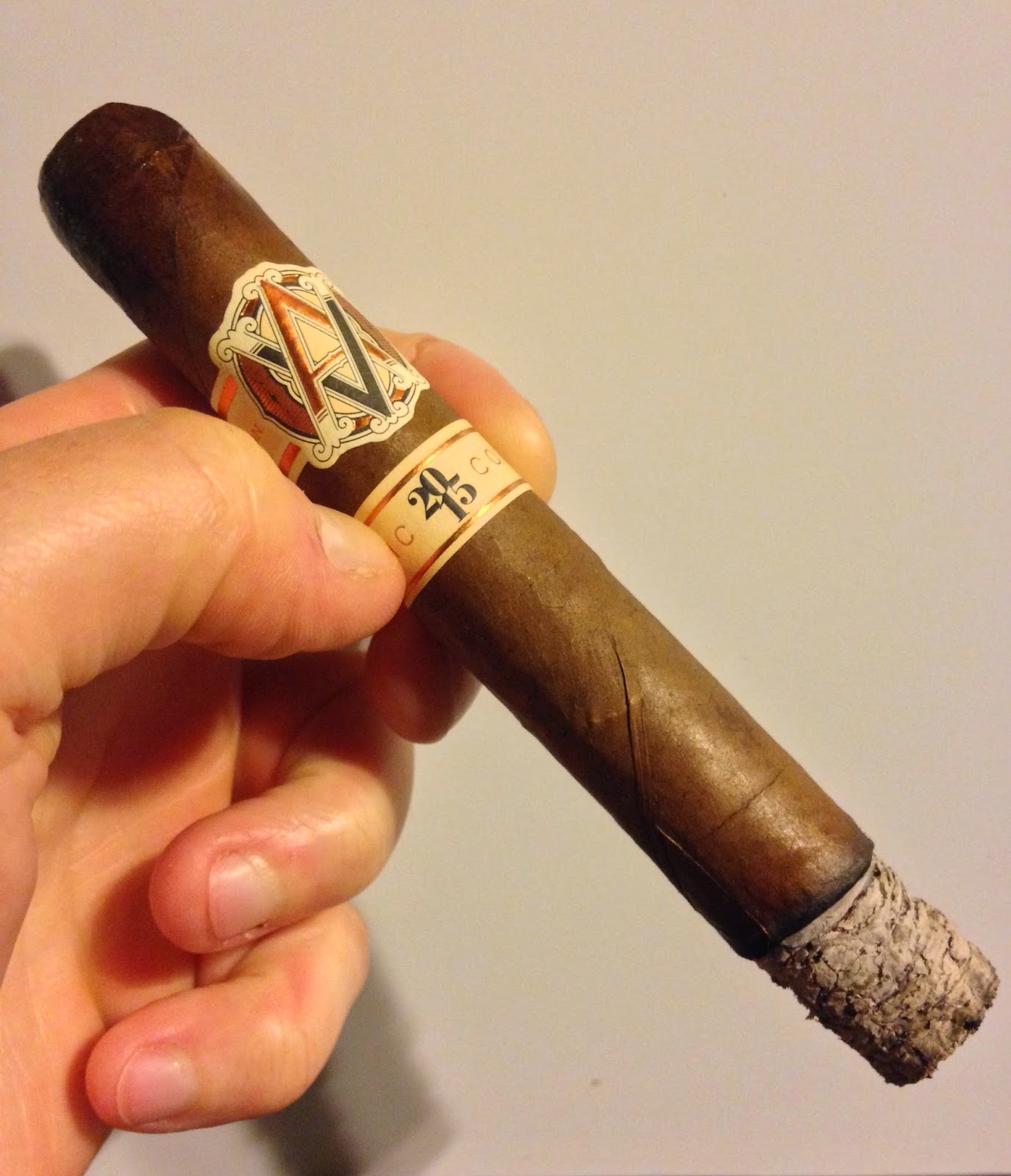 I am in the second third of the cigar now and I am finding that it is settling down some. There are still some nice spice notes present, but the pepper bomb that was present at the beginning has settled in. I am getting some more noticeable hay and grass qualities overall, and there is a decent bit of earthy qualities present with that. I am picking up some strong wood and leather notes as well, and you can tell stronger tobacco was used in the blend. I would still say that the strength of the cigar is around medium, maybe a little bit stronger, but the body is right at that medium-full level. The construction remains top notch in this third and it is showing that even burn line with a solid charcoal ash on the end. The ash is holding on firmly and there is a nice bit of smoke being produced with each draw. So far, a unique AVO, and one I really care for. 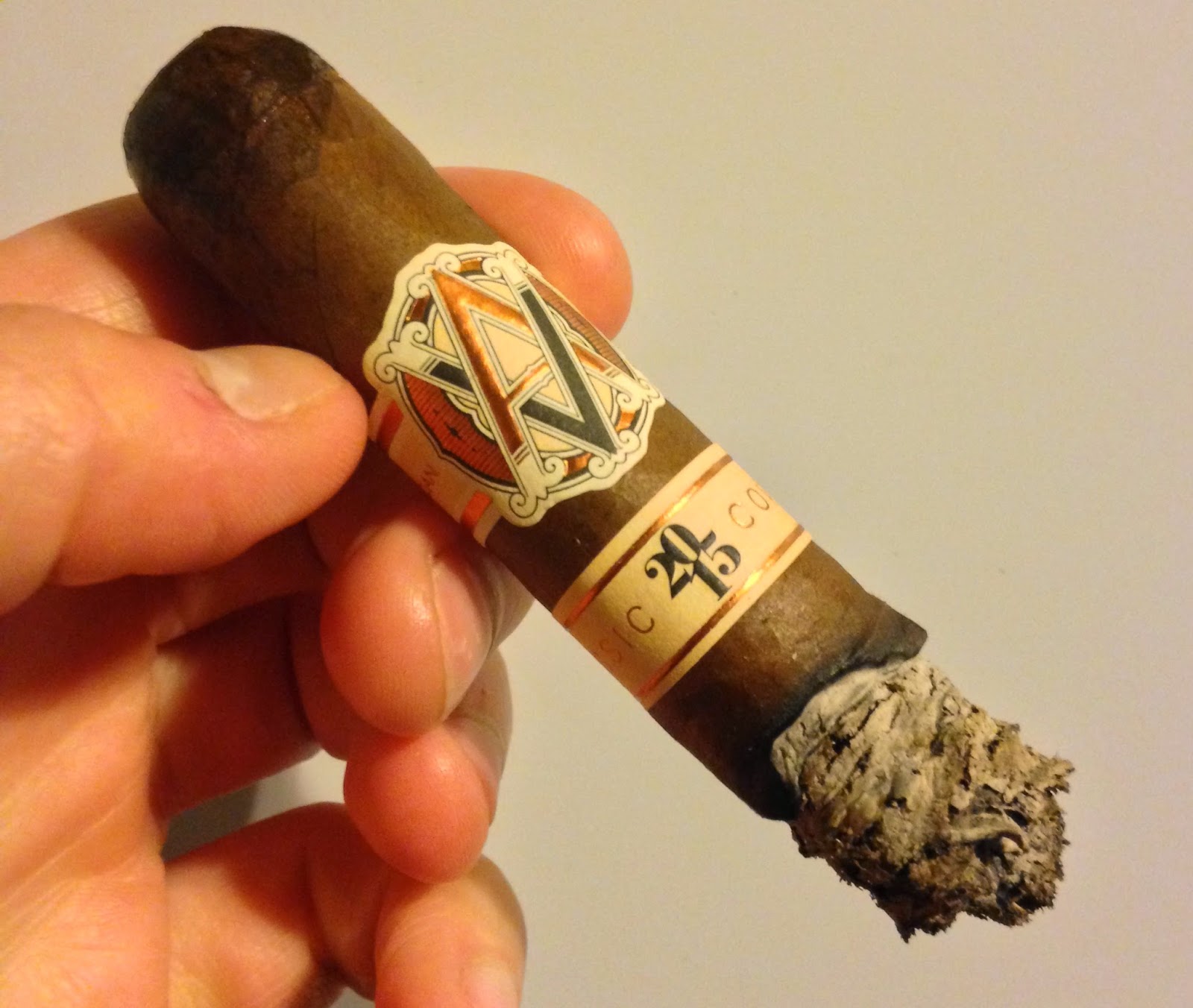 When I get into the final third of the cigar, I find that it is showing some additional transitioning qualities from the second third, and it has a finish that is not as spicy and as peppery as before. The pepper notes are present, but not nearly as strong as they were in the first third. I am picking some nice barnyard qualities, and I am picking up some earthy and grass qualities. There is a touch of damp wood on the finish, and it is showing some leather notes too. I would classify the cigar as being medium to medium-full in this final third, and it is just slightly softer than that of the second third, which was softer than the first third. Overall, it does not smoke like an old school AVO, but smokes more like a new and modern release from the Davidoff Family. The construction is top notch in the final third and it smokes cool from beginning to end. There is perfect construction with the cigar and it has a nice charcoal ash that is firm on the end with a nice bit of smoke being produced on each draw. 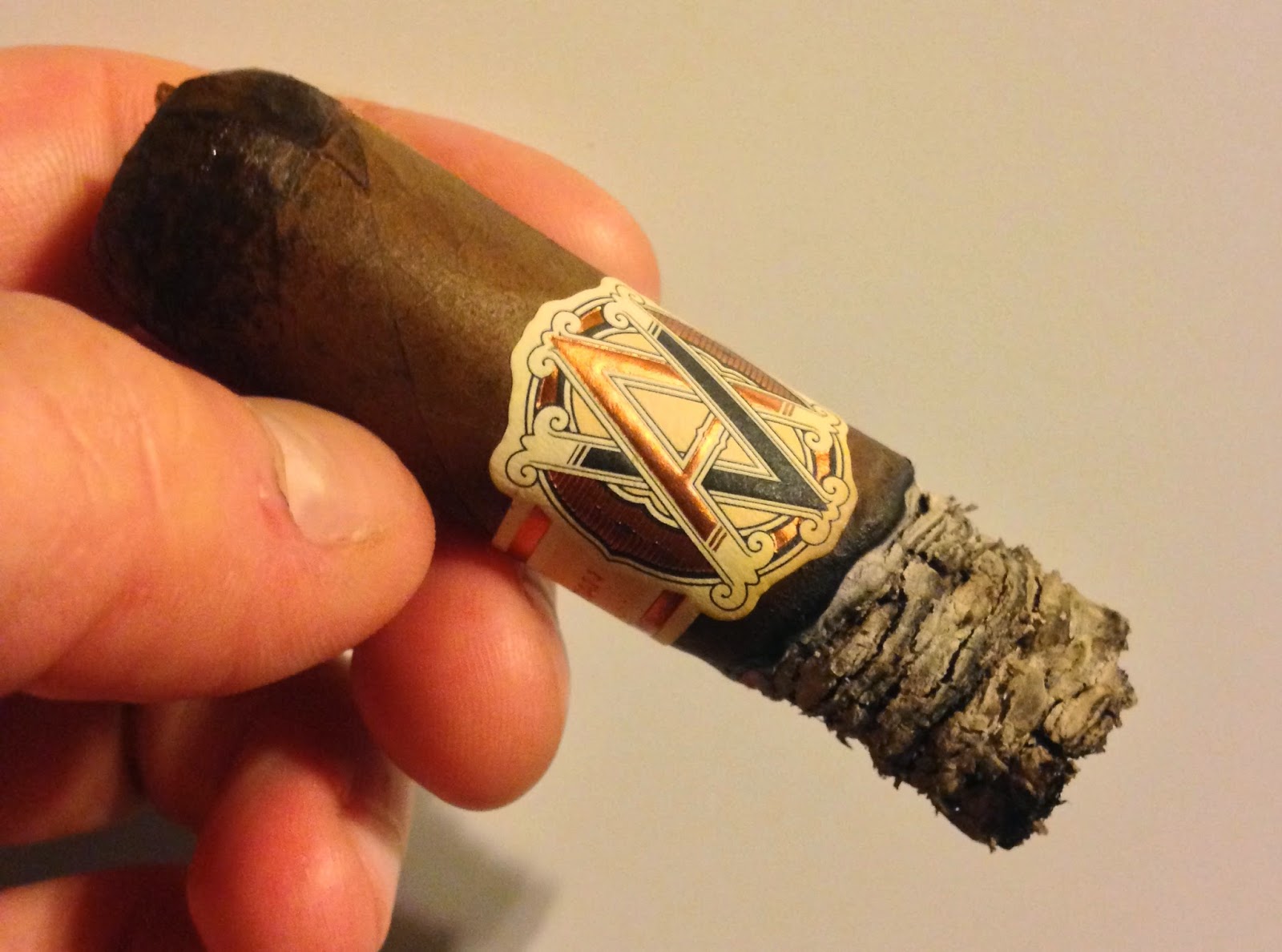 I really enjoyed this release and I like the new blending style for the AVO smokes. It is not a cigar that shows those traditional AVO qualities, but is a release that shows some unique and enjoyable qualities that have not been present with some previous AVO smokes. It still shows some of those AVO flavors, but there is more overall to the cigar. The construction was absolutely terrific with the cigar and it smoked wonderfully from the beginning to the nub. The draw was cool and there was a nice bit of smoke being produced with each draw. I typically do not come back to many AVO limited releases, but this is one that I would come back to and smoke a handful of, I believe it will age very well, and in a couple months it will really be smoking great. The pepper bomb that was present at the first third was very surprising, and a great way to start off this cigar. I am giving the smoke a 90 rating, and I am sure after revisiting in some months it will be higher than that. 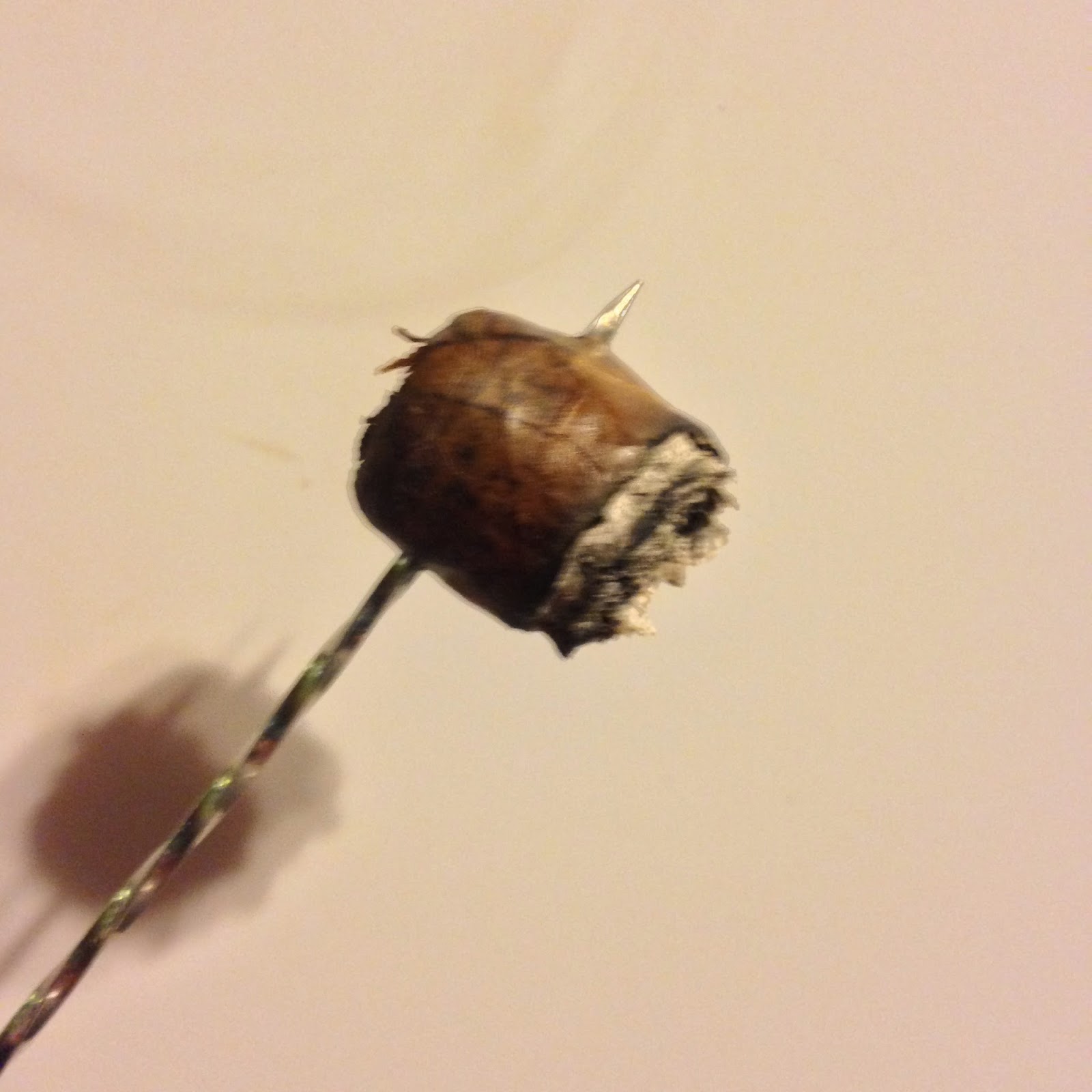