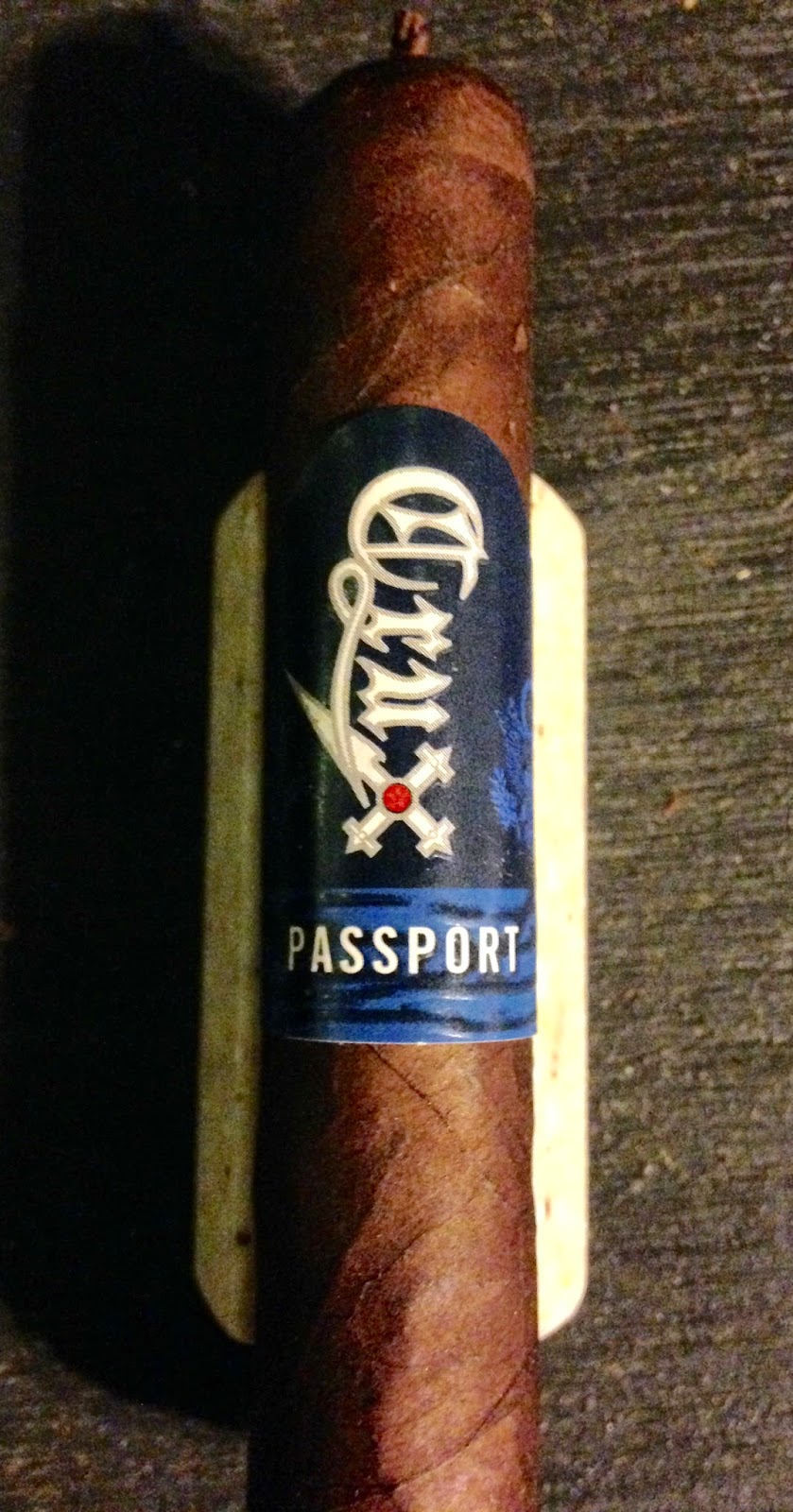 In mid-July, Crux Cigars announced that they would be expanding the Passport line. This announcement came just before the IPCPR, and the announcement included two new sizes. Both of the sizes were small releases, under 5" and a 50 ring gauge, and they were releases that were attractive to a certain crowd in the industry. I think there are three divisions in the industry, in terms of the size of the cigar you smoke, and those divisions are: the 60 ring gauge crew, the toro crew, and the 40's crew. More often than not, I come across guys smoking a 6" by 60, a 6" by 52, or a cigar that is under 5 inch and has a ring gauge in the 40's. There is a great difference in what a cigar will smoke like in those three sizes, and I am one that goes for the smaller size. One of the more difficult sizes is in that smaller set, and it is the Half Corona. That is the size the Crux Cigars announced back in July of 2020, and today we check out the Crux Passport Half Corona and see how they do with the size. 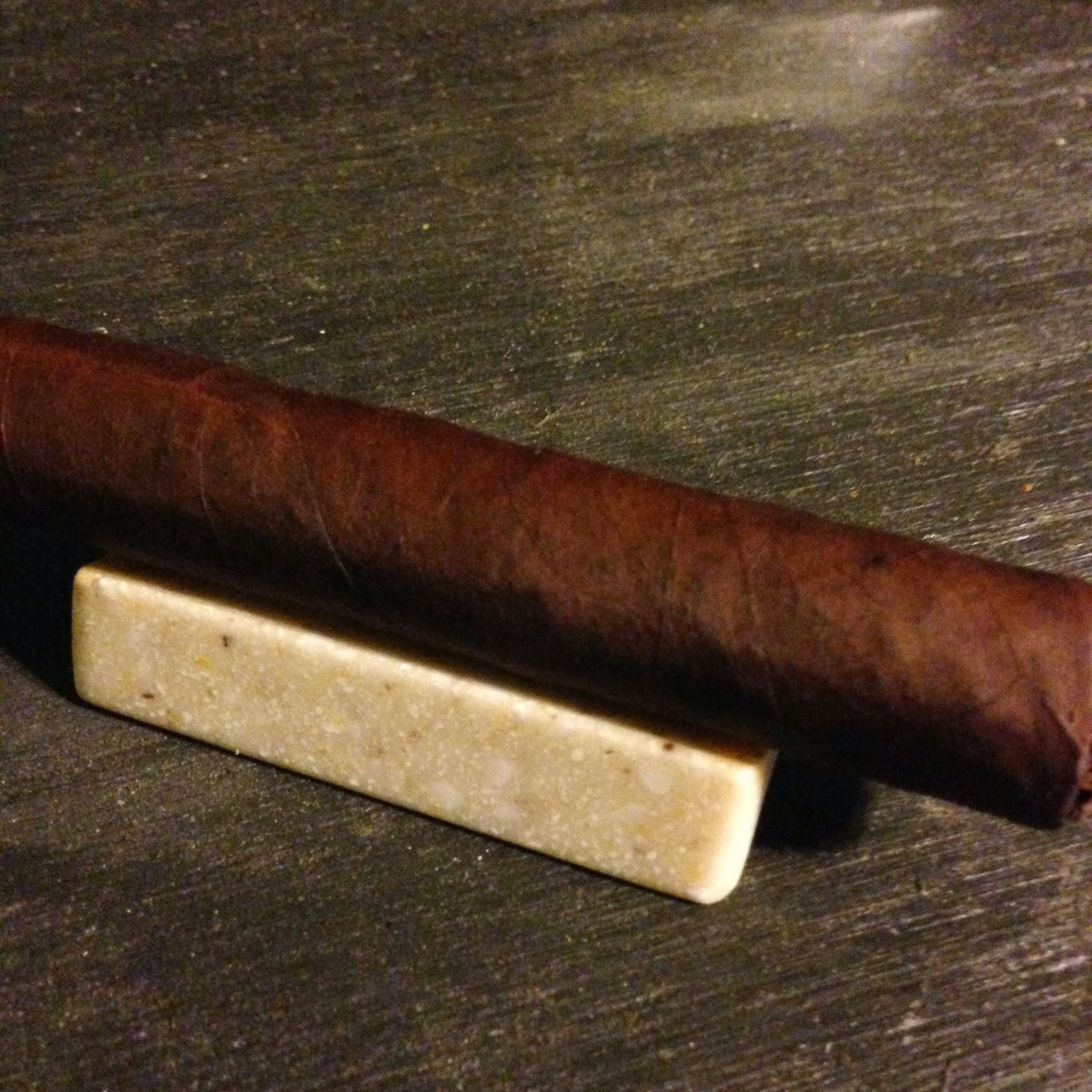 Crux production is coming out of Esteli, Nicaragua, and the cigars are being made at Plasencia Cigars. The Passport is one of the first lines to hit the market, and for the most part the line is filled with small ring gauge offerings. The Half Corona measures 4" with a 42 ring gauge, and it is a multi-national blend. The cigar has a Nicaraguan wrapper and binder, both from Jalapa, and underneath that is a filler blend that is composed of tobacco from Honduras and Nicaragua, Jamastran and Esteli to be specific. The Half Corona comes with a nice shot pigtail cap and closed foot, and it is a nice addition to the little smoke. I love half coronas, don't get me wrong, but appearance wise they can be lacking and uneventful. What Crux has done though is add some "flare" to the little smoke, making it stand out and appealing. The wrapper has a nice Colorado Maduro coloring to it, and it is a thick wrapper with some medium sized veins throughout. It is dry to touch, showing no oils or silky textures, and it has a dark and powerful aroma that is showing some berry qualities with some oak, tobacco, earth, and spices. 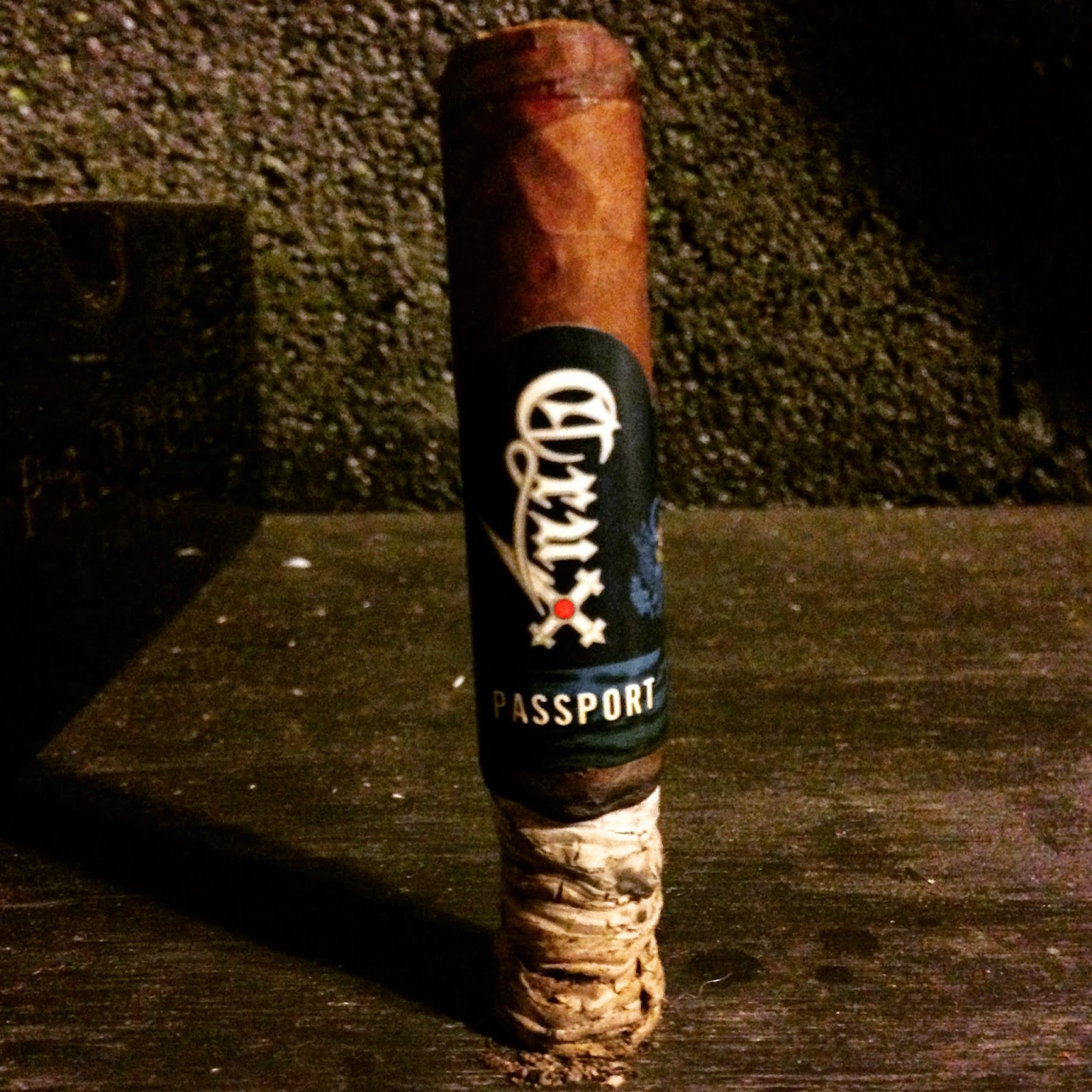 The first half has a strong opening, and it begins by showing some strong spice and pepper notes with some oak qualities present as well. There are some fruity qualities present as well, and it is showing some berry and currant vibes. It has a finish of minerals and dry earth, and it is a strong flavor profile. In my opinion, this is the strongest Passport I have had, and it is very different from the other offerings. The construction is solid throughout the first half and it is producing a dark  charcoal ash on the end of the of smoke. The draw is cool, giving off a great bit of smoke, and it is smoke that really lingers on and does not dissipate. I would classify the strength of the cigar as being easily full right now, and the body is there as well. I would not light this up in the morning, but it is a great smoke for the late afternoon and evening. 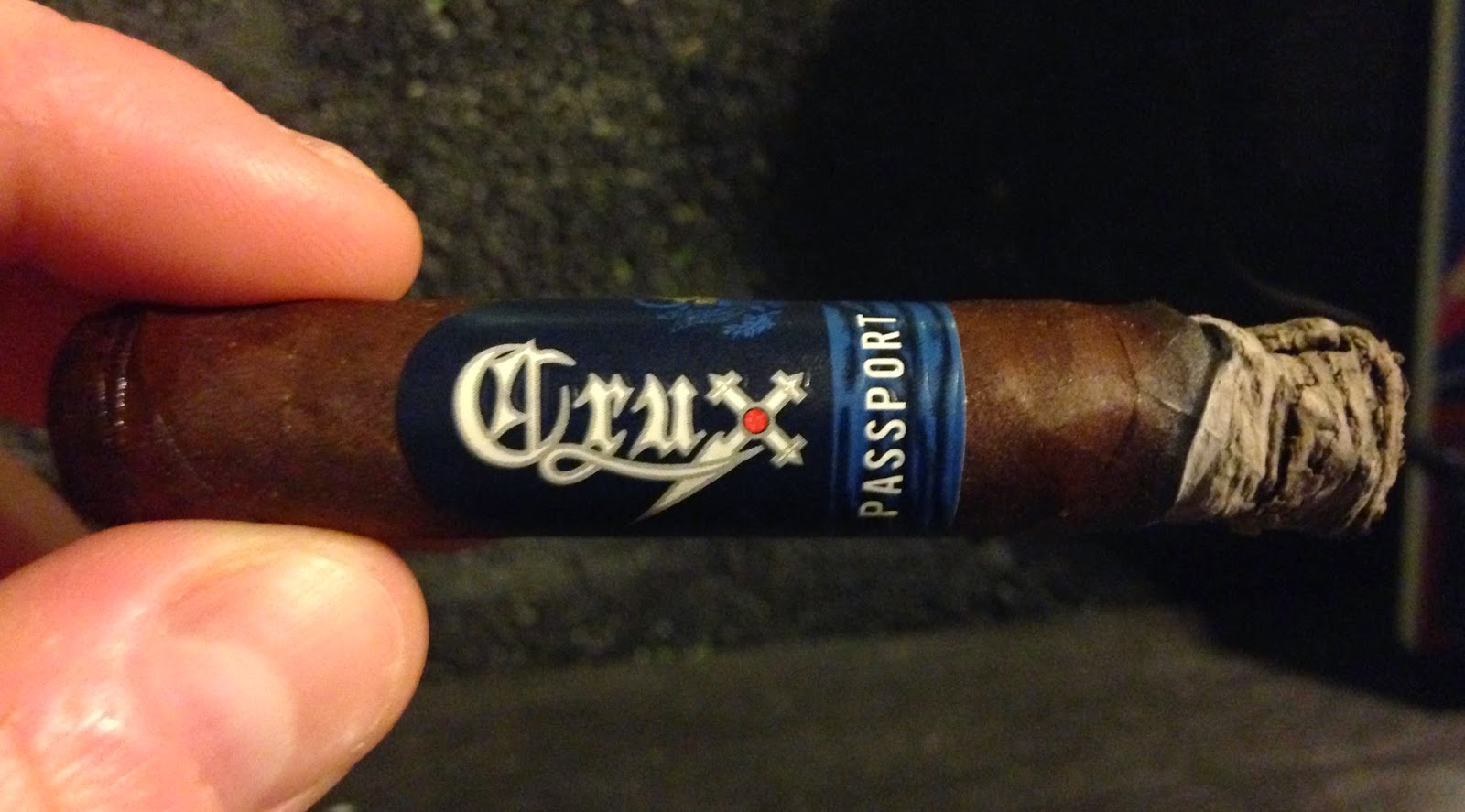 The second half of the cigar shows some similarities to that of the first, but it has some additional flavors making an appearance as well. I am getting some coffee notes now which are pairing nicely with the earth and mineral notes, but it still has those fruity, currant, and oak flavors that are dominant, matched with some spice and pepper notes. It's a full flavored cigar, no doubt, but there is a lot of balance with that. I did not find an abundance of transitioning from the first half to the second, but there was enough and already a solid flavor profile present to make a nice touch. The construction remains top notch in the second half of the cigar and it is showing a solid burn line with that dark charcoal ash on the end of the cigar. It has a smooth and cool draw with that, and there is still a great bit of smoke being produced. I would say that it is still an easy full body and flavored cigar, and this is a great cigar to close the night. 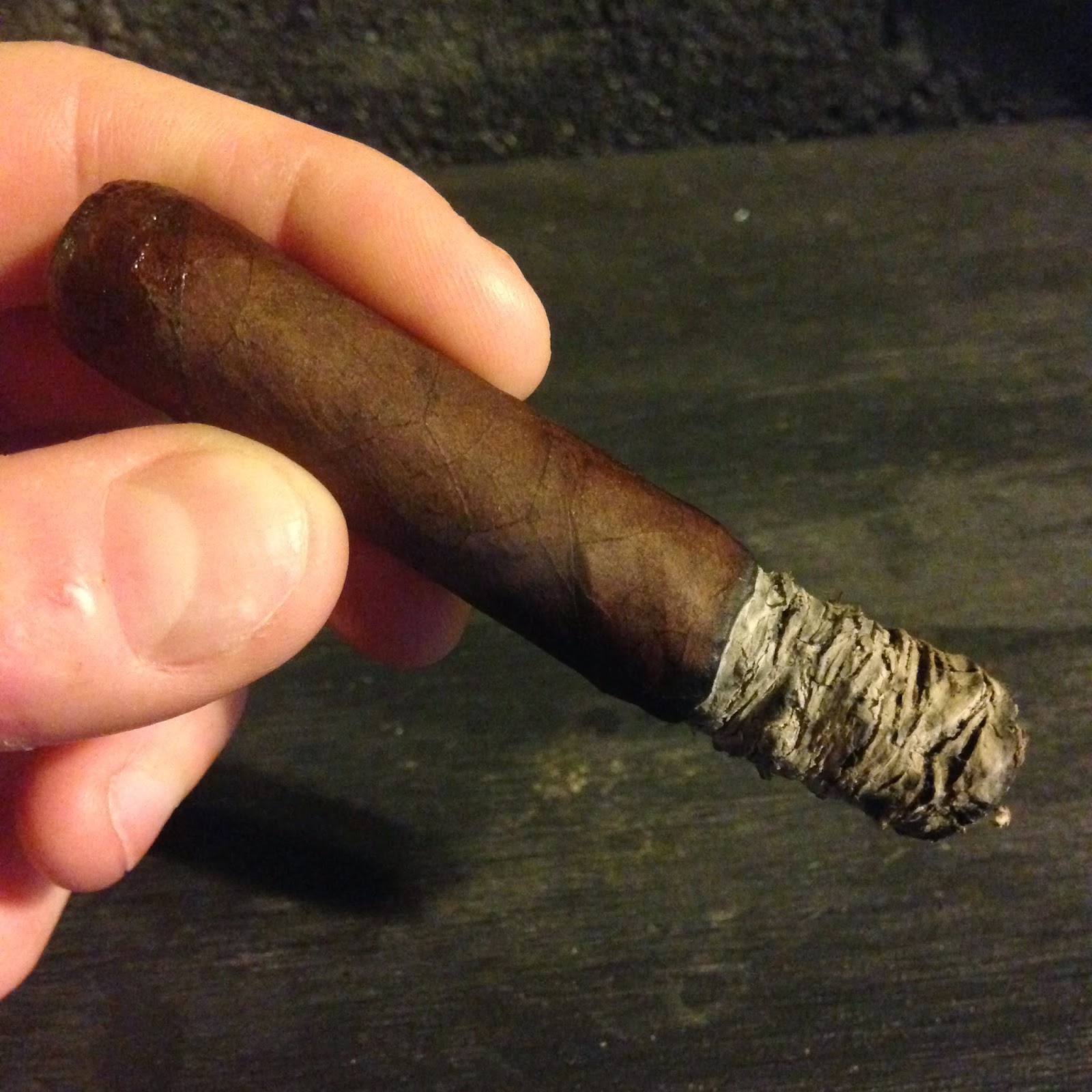 The Half Corona is the strongest of the Passport blends I have smoked, and it is a lot of cigar in such a small offering. I don't think it has an abundance of transitioning throughout, but it is a nice complexity to it, and it is an enjoyable flavor profile. Making a cigar that is under 4.5" really complex and having a lot of transitioning is difficult, there a few who can really do it, but Crux came close with this stick. The construction is solid throughout the entire cigar, and it is showing a nice charcoal ash from beginning to end. I think the ash could hold on for more than half the cigar, if the band did not get in the way, but I was not in a "how big was your ash" contest. I have been a fan of what Crux has been doing since they first announced, and while the Passport is not my favorite line by the company, it is a solid line. I am giving the Half Corona an 89 rating, and it is a smoke I would come back to down the road. I prefer the No. 4 overall, but that is because of the 109 finish that comes with the cigar. 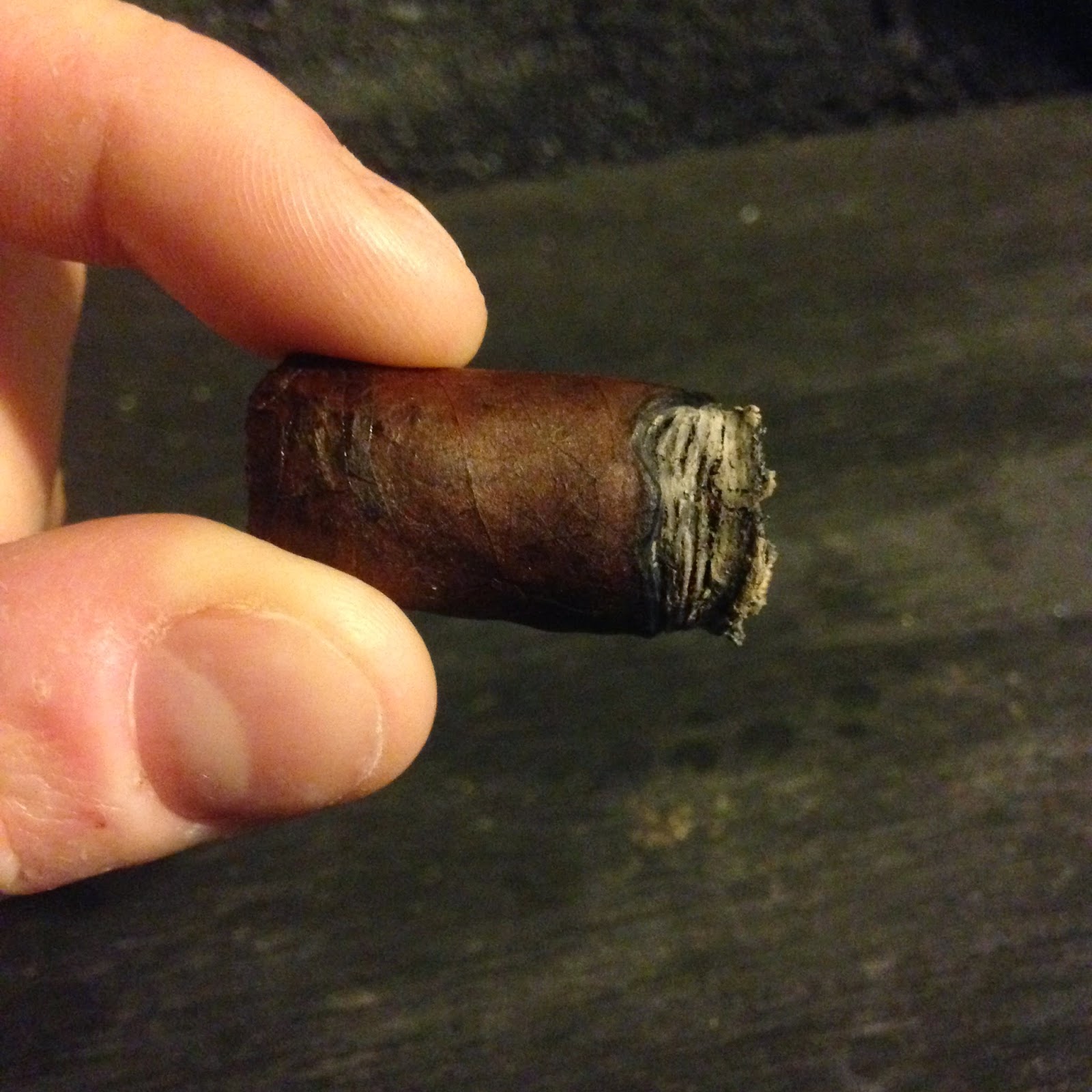 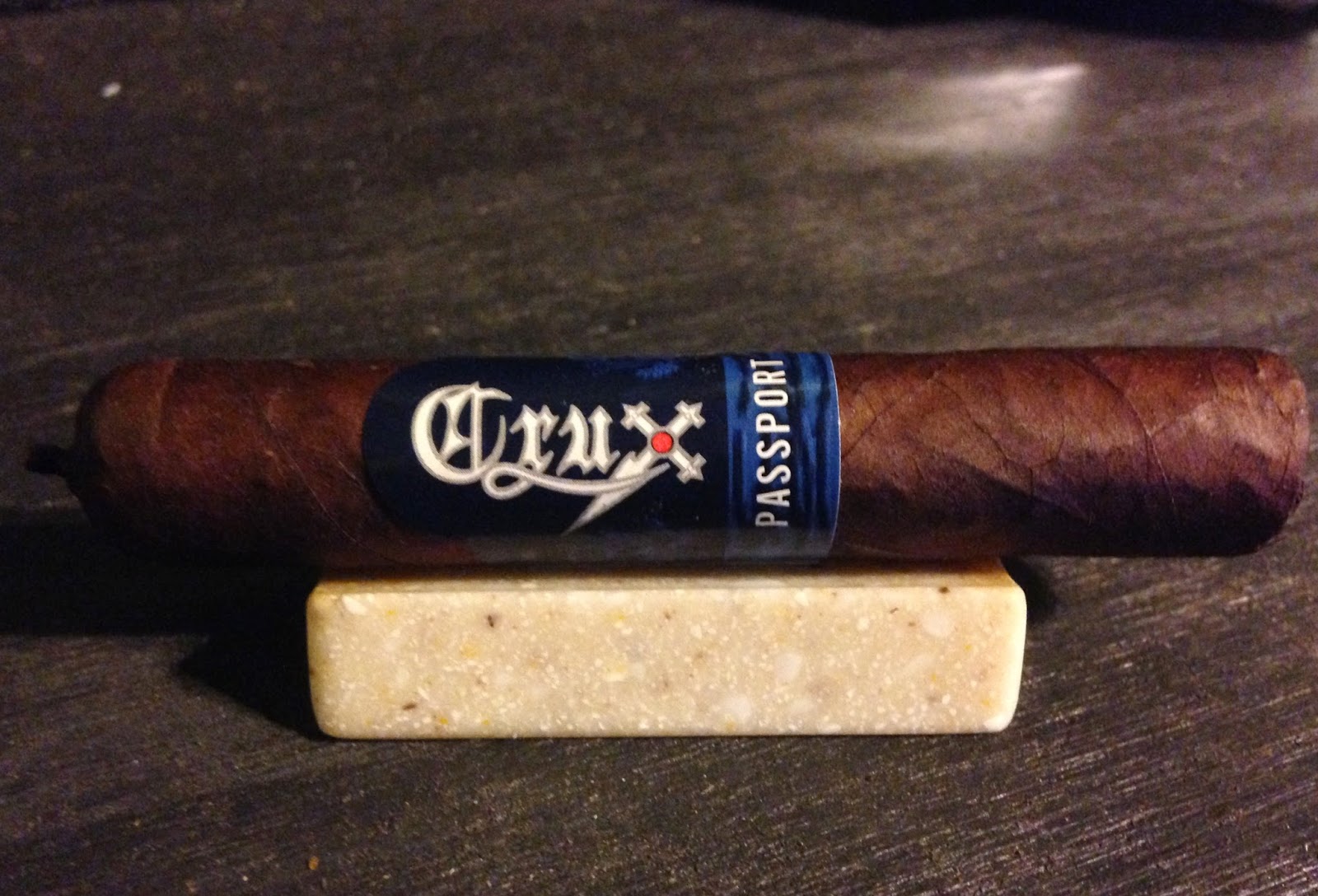 * cigars for this assessment were provided to Seth's Humidor by Crux Cigars.