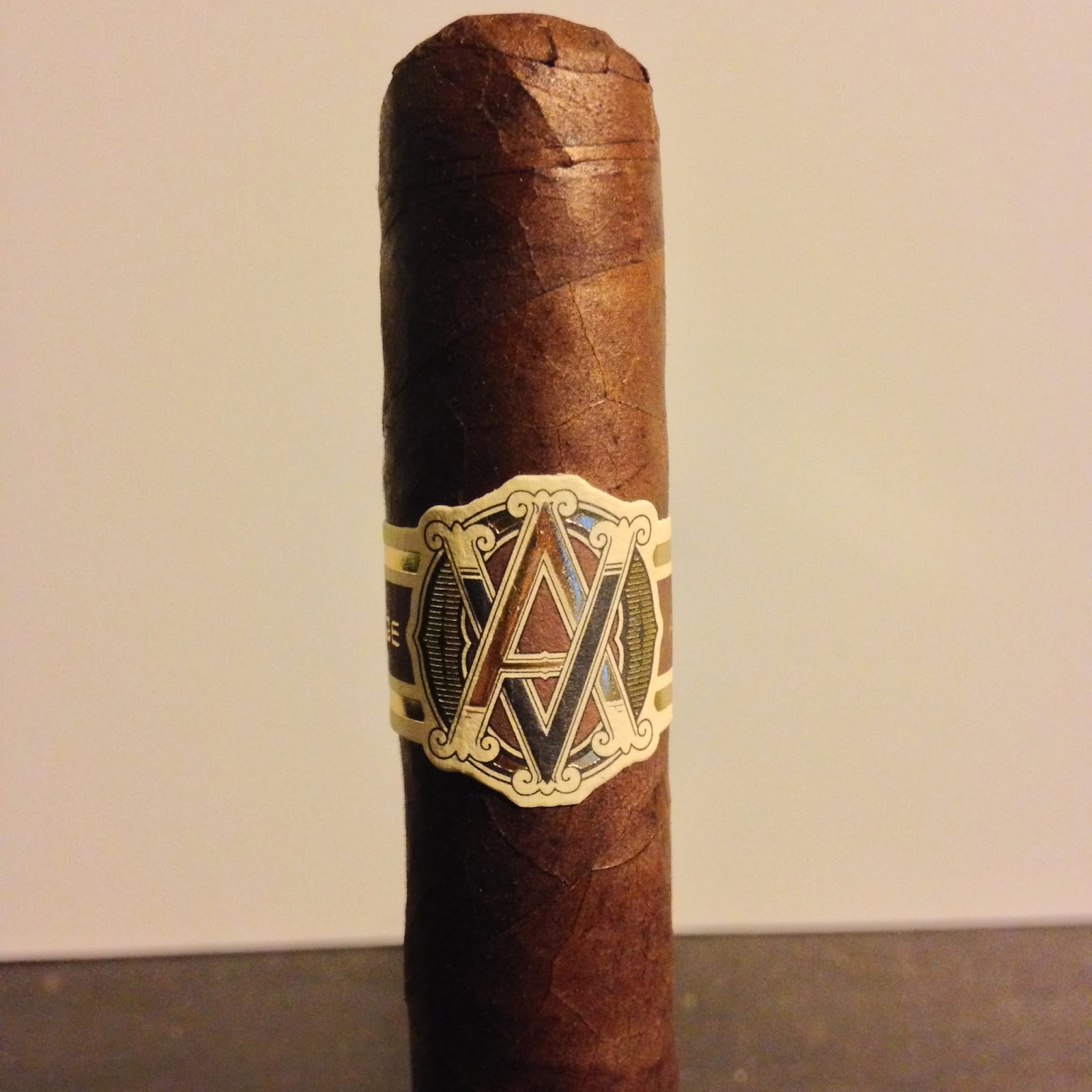 At the end of 2020, it was announced that the AVO brand would be receiving a makeover, and it would be a makeover that was fairly similar to the Camacho makeover in 2019. At the time of the AVO announcement, Davidoff just informed the market that the Winston Churchill brand would be receiving a makeover as well, so it became obvious that Davidoff was paying attention to the market and their older brand under Davidoff. They understand that they have quality product, but they recognize that like anything that is older and has been on the market for sometime, you you need to come back to it and ask yourself the question, "what can we do to resurrect this brand that will help us get back old customer, win new customers, and overall have more customers enjoying the brand." Many companies fail at this, in fact many people in this industry don't even bother with that approach because they don't have anyone with real marketing experience, but it is an approach that can be incredibly successful and less expensive overall. I think Davidoff has been successful with this approach, and today I look at the new AVO Heritage, a cigar I have always enjoyed. 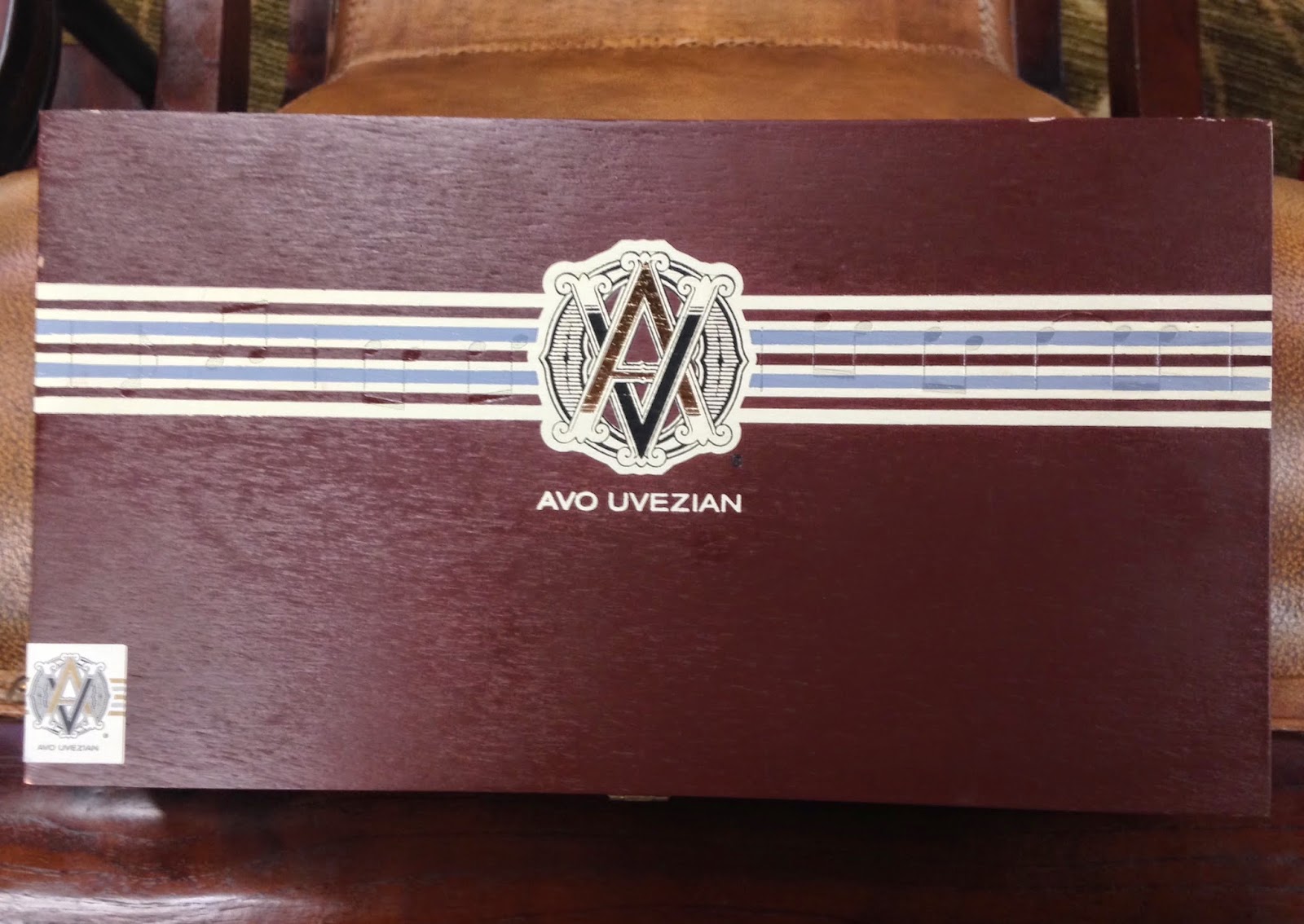 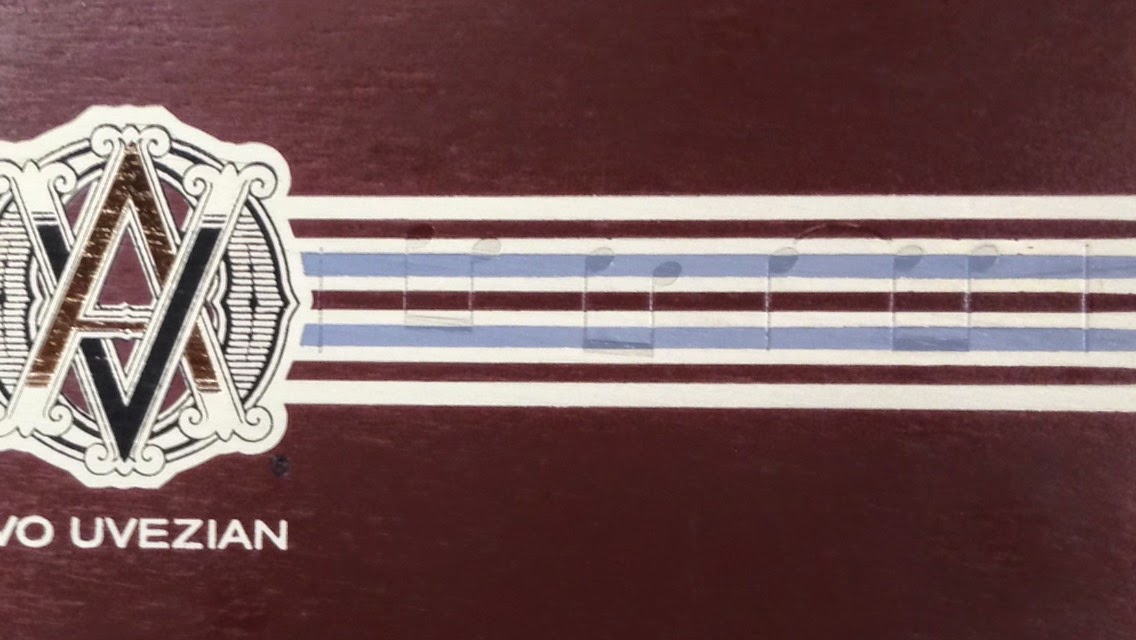 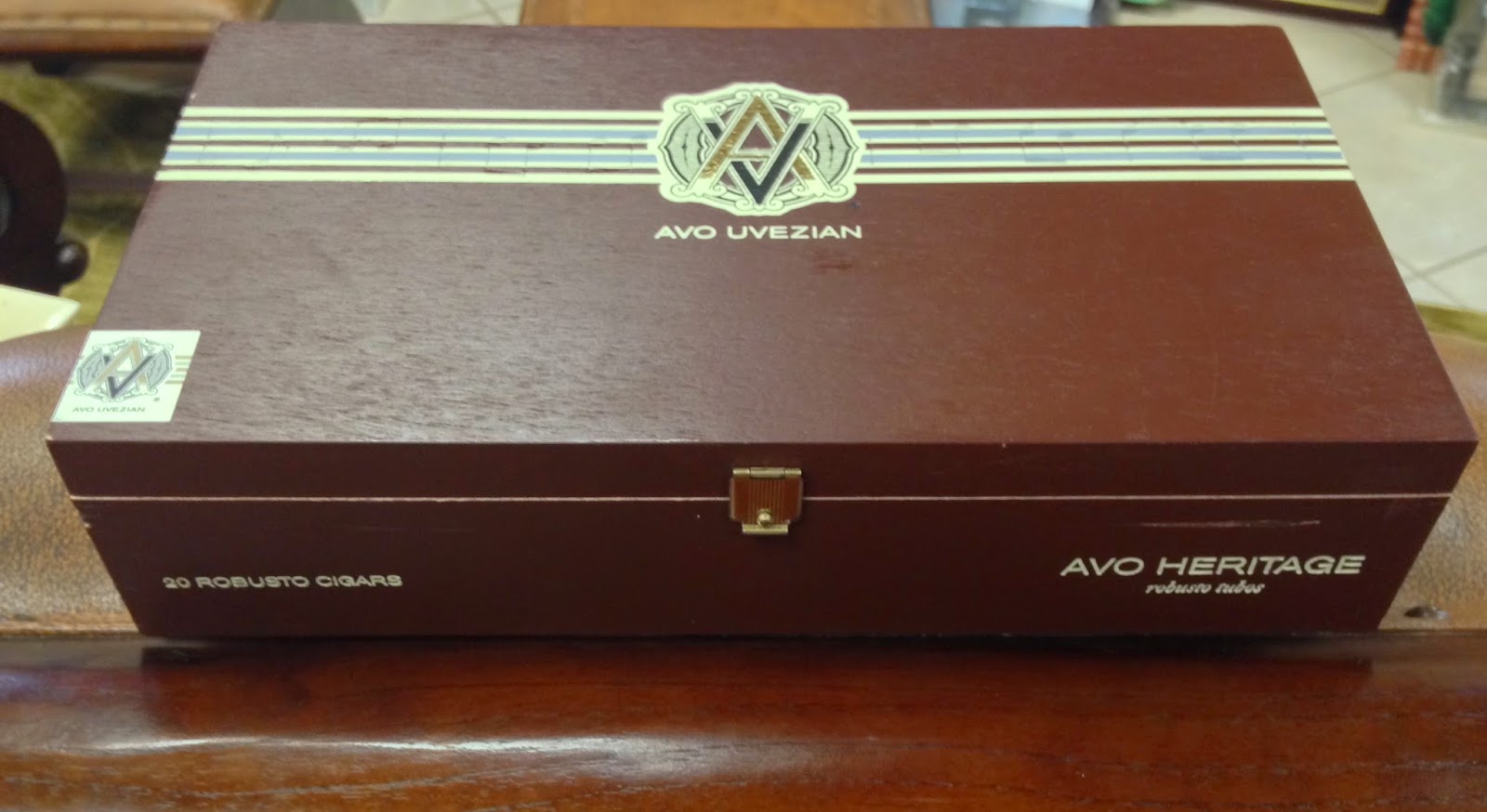 Covered in a dark Ecuadorian Sun Grown wrapper, the cigar is made at O.K. Cigars in the Dominican Republic. It features a Dominican and Peruvian blend in the binder and filler, having a Vicente binder from the Dominican Republic, ligero and seco primings from the D.R., and some seco from Peru in the filler. The robusto measures 4.9" with a 50 ring gauge, and I like that it is a slightly shorter robusto, even though it is not dramatically shorter than 5". The wrapper really pops against the band, and it has a slight oily quality to it with some minor veins throughout. There is a smooth and slightly sandy texture to the cigar, and it is firm throughout. The coloring is really this dark brown, almost maduro quality, and it is a nice color. There is an aroma of warm dark chocolate, damp cedar, and hay on the foot, and the wrapper gives of a similar aroma, showing some semi-sweet chocolate qualities with cedar notes. 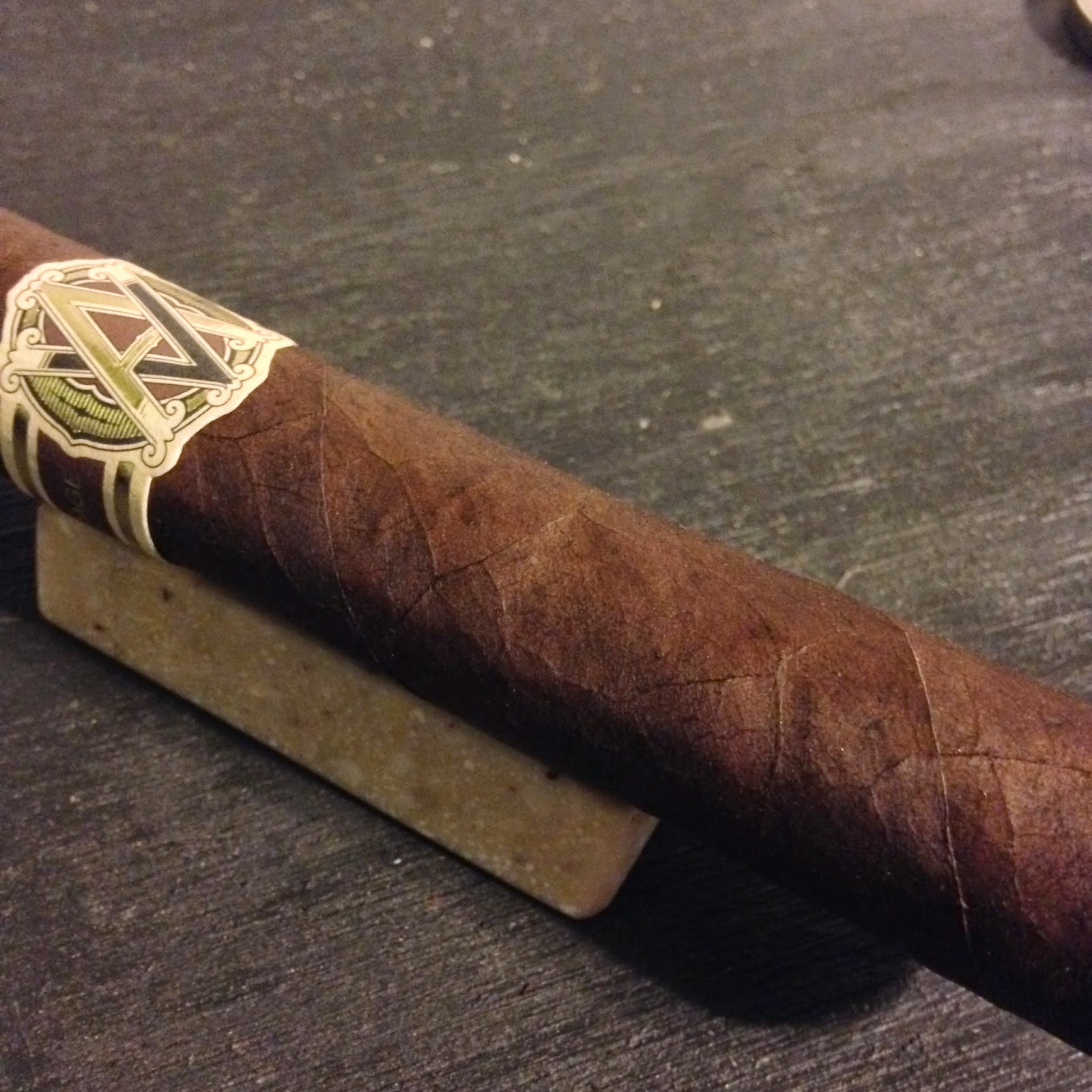 The first third opens up by showing some nice cedar and semi-sweet chocolate notes. There are some oaky qualities on top of that, and it has some hay and grassy notes with that. It is a rich AVO, and a lovely blend. There is a touch of pepper on the finish, but it is very smooth, showing a lot of balance between the oak and cocoa notes with cedar and hay qualities. It has a smooth draw that is cool and producing a nice bit of smoke, and on the end of the cigar is a fairly even burn line with a nice ash. The ash has a dark charcoal coloring to it, and it is holding on firmly to the end of the cigar. I am finding that the strength of the cigar is around medium, maybe a little bit less, and the body is a definite medium level, pairing with the flavors perfectly. So far, a really nice blend, and I am coming back to this line. 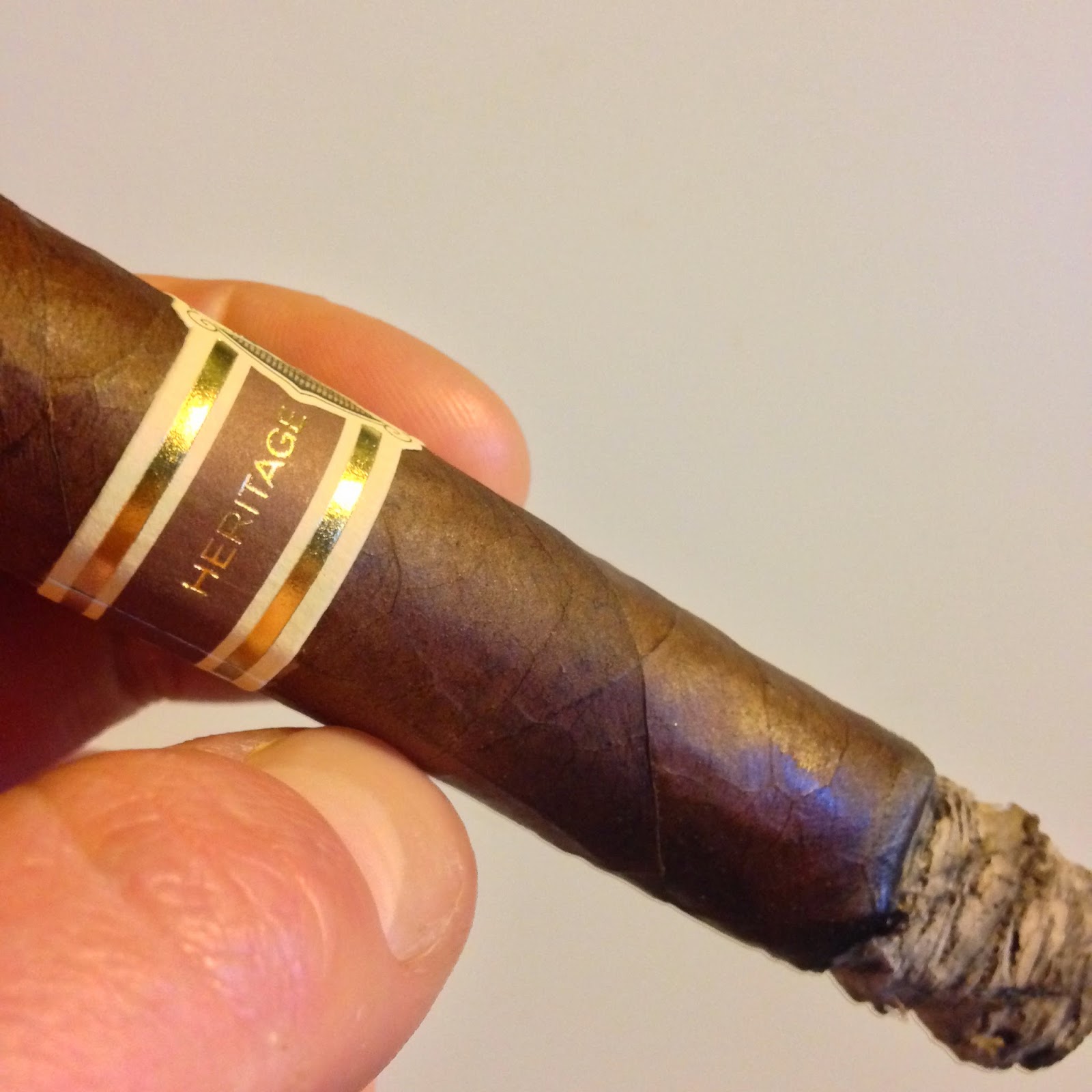 I am in the second third of the cigar now and I am finding the spice notes to be taken the driver's seat. There are some lovely pepper notes on the forefront, and they are accompanied by some nice oak and soft cocoa notes. The cedar flavors are still present, but overall they are subtle background qualities to balance out the cigar as a whole. With nice transitioning into the second  third, this is truly a great blend, and I could enjoy this at anytime of day. The construction remains top notch in the second third and it is showing that even burn line on the end. The draw is cool, still giving off a nice bit of smoke, and the ash has this solid charcoal color which comes off nicely against the wrapper. I would classify the cigar as having that medium strength level in this third, and the body is right above that, just shy of medium-full. 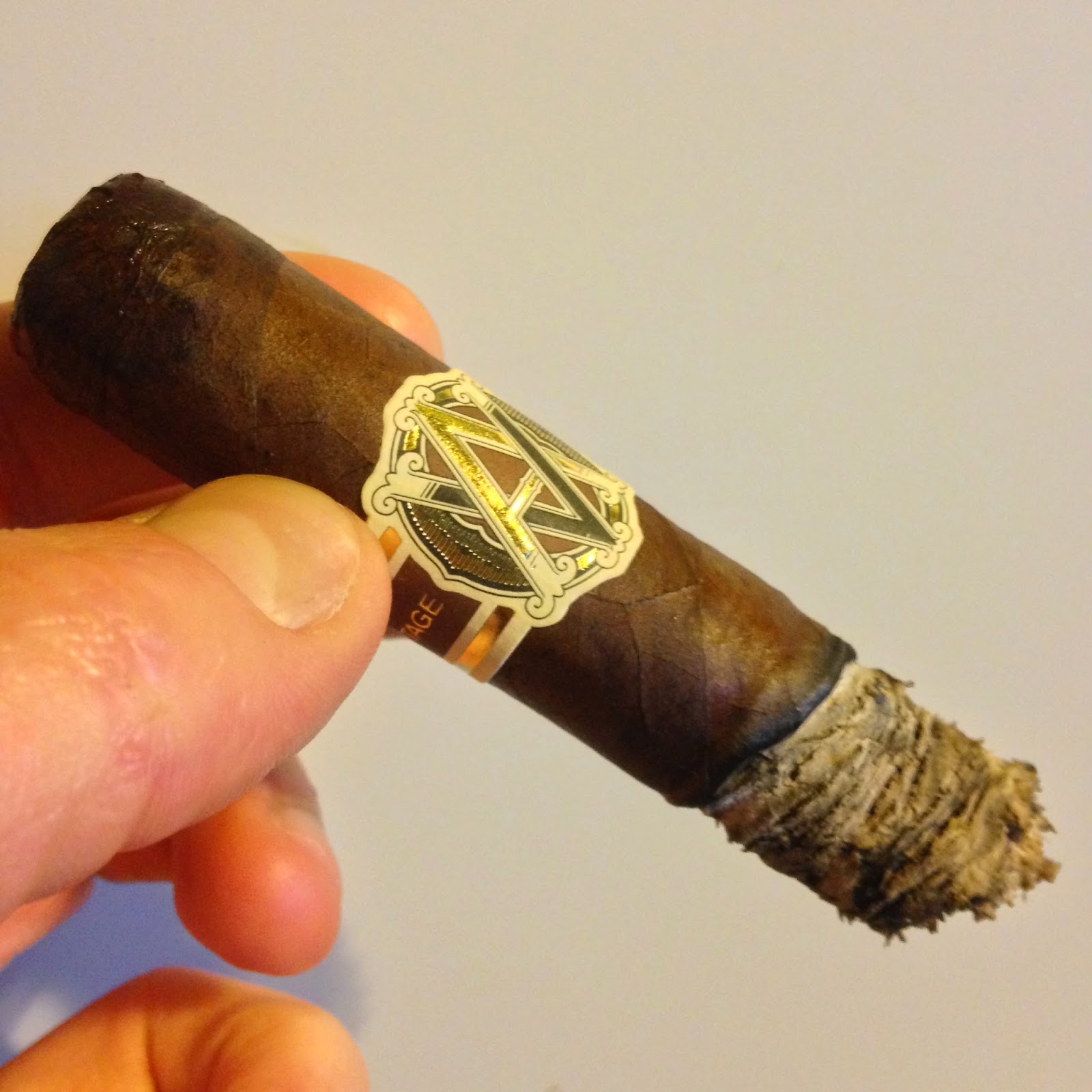 The final third has a terrific finish, and it is showing those transitioning qualities from the second third. I am picking up rich earth and a barnyard quality to the cigar, and with that are those cedar and hay notes that have been present from the beginning. I am not getting those cocoa qualities from before, but it does have a nice spice kick on the finish, showing some lovely pepper qualities. There is a nice bit of depth and complexity, and this is a lovely blend. The cigar smoked wonderfully in the final third, producing an even burn line, and it had a cool and filling finish. The ash had that dark charcoal color that it has had from the beginning, and it is holding on firmly to the end. I would say that the cigar smoked at a level between medium and medium-full in this third, more than likely closer to medium, and it finished perfectly at the nub. 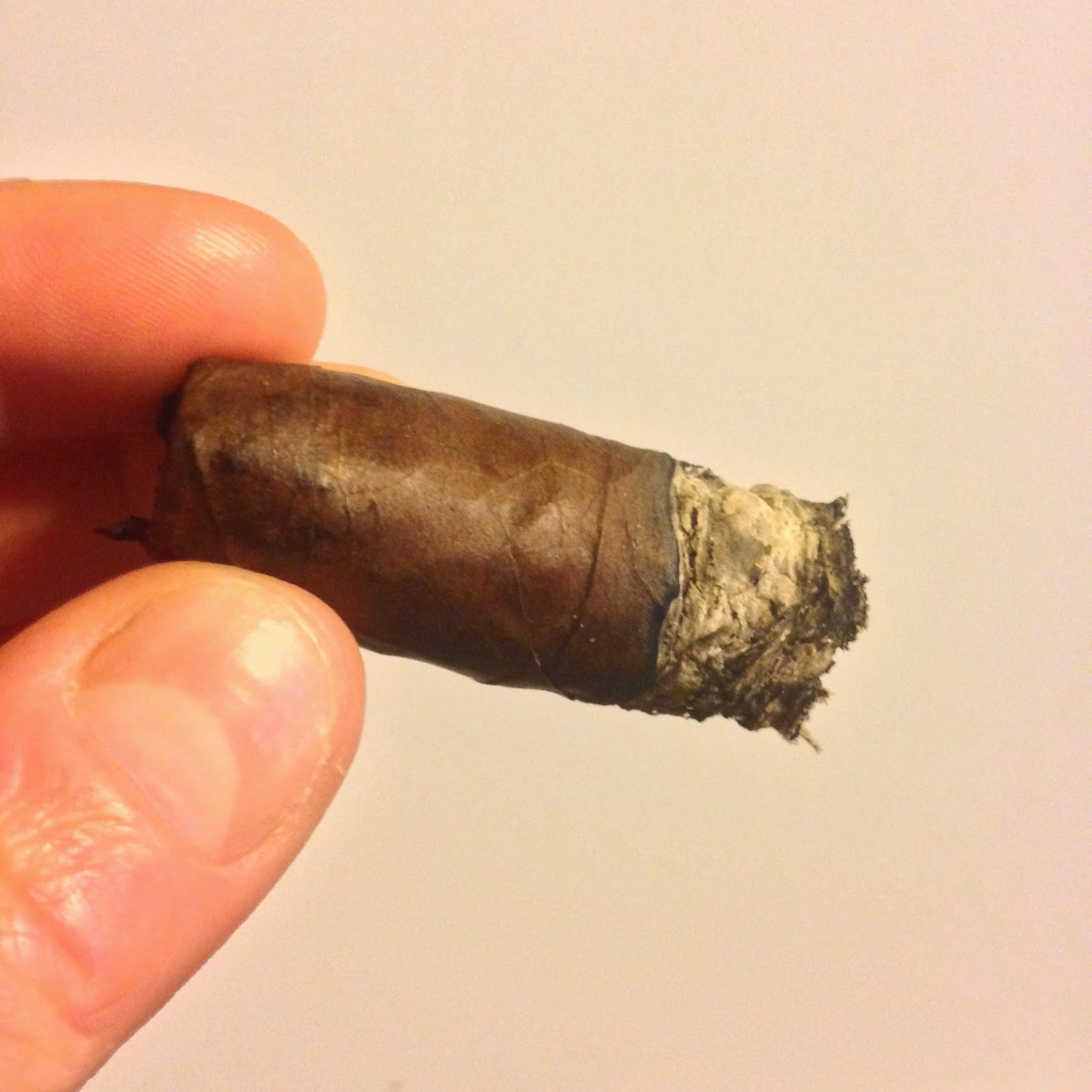 I have always enjoyed the AVO Heritage, I think it is a great line and a fuller offering for the company, and I really dig the new packaging. I really love the new bands and boxes, and everything just comes off as cleaner, sharper, and fresh. The new color scheme really works and it is definitely more modern in appearance. That aside, the cigar is still a classic. It has those great AVO qualities, but with the uniqueness of the Heritage line. The flavors are flavors that many smokers would enjoy, and depending on what you typically smoke, would dictate what time of day you smoke this. I would probably smoke it more in the afternoon, but it could be a morning or evening cigar for another smoker. The construction was solid throughout, and the flavors really worked with the body and strength. I think one of the struggles that AVO had for a while, was that everyone was going bonanza over Nicaraguan and full body and full strength cigars, that some of the softer and flavorful cigars were being forgotten about. That time is coming to a close I believe, and you are beginning to see more and more cigar smokers treasures cigars for the flavors being delivered. I am giving the AVO Heritage Robusto a 91 rating, it's a cigar I have always enjoyed, and it may seem crazy to say this, but the new packaging does a lot for the cigar. 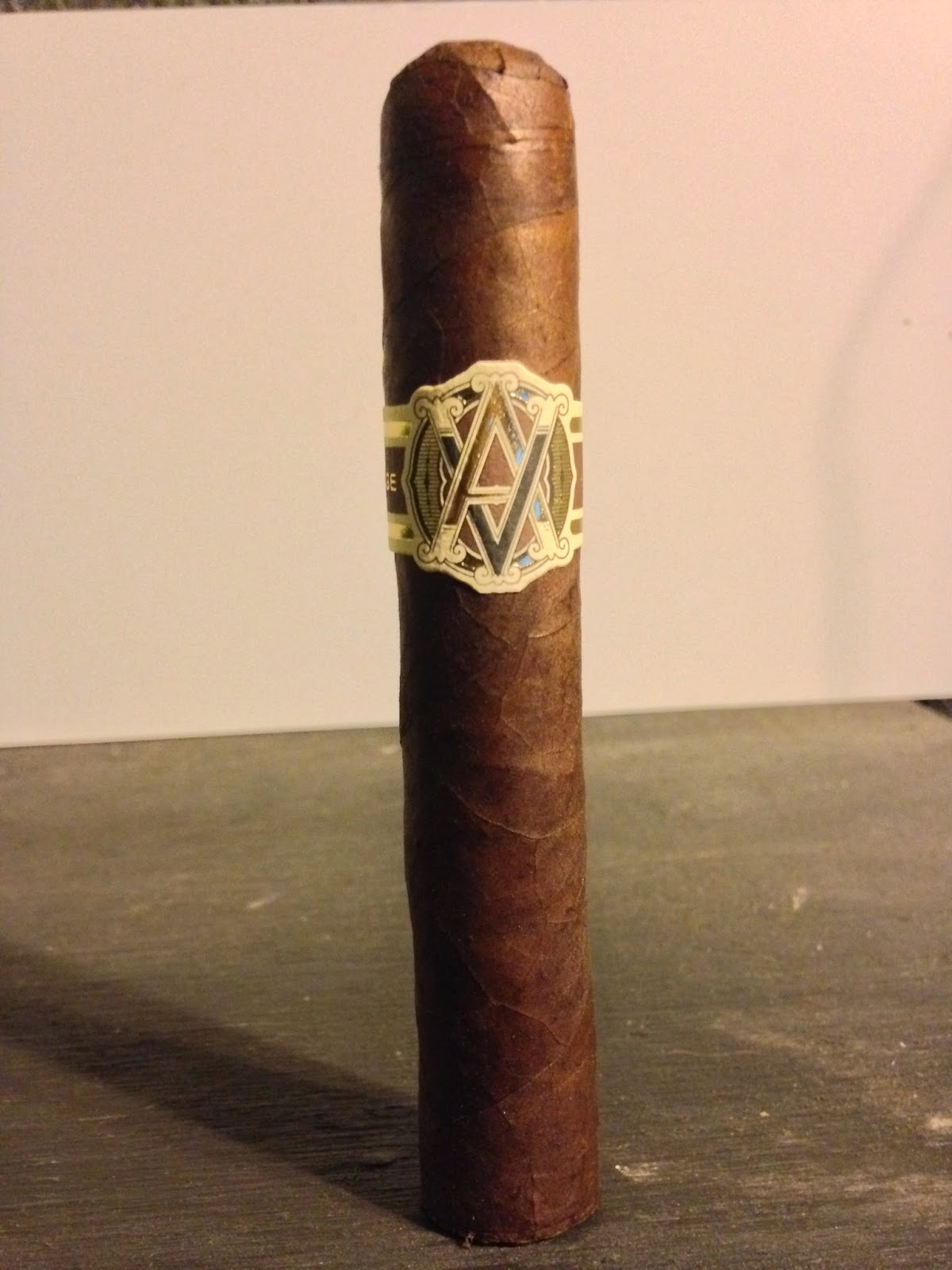 *Cigars for this assessment were provided to Seth's Humidor by AVO Cigars.