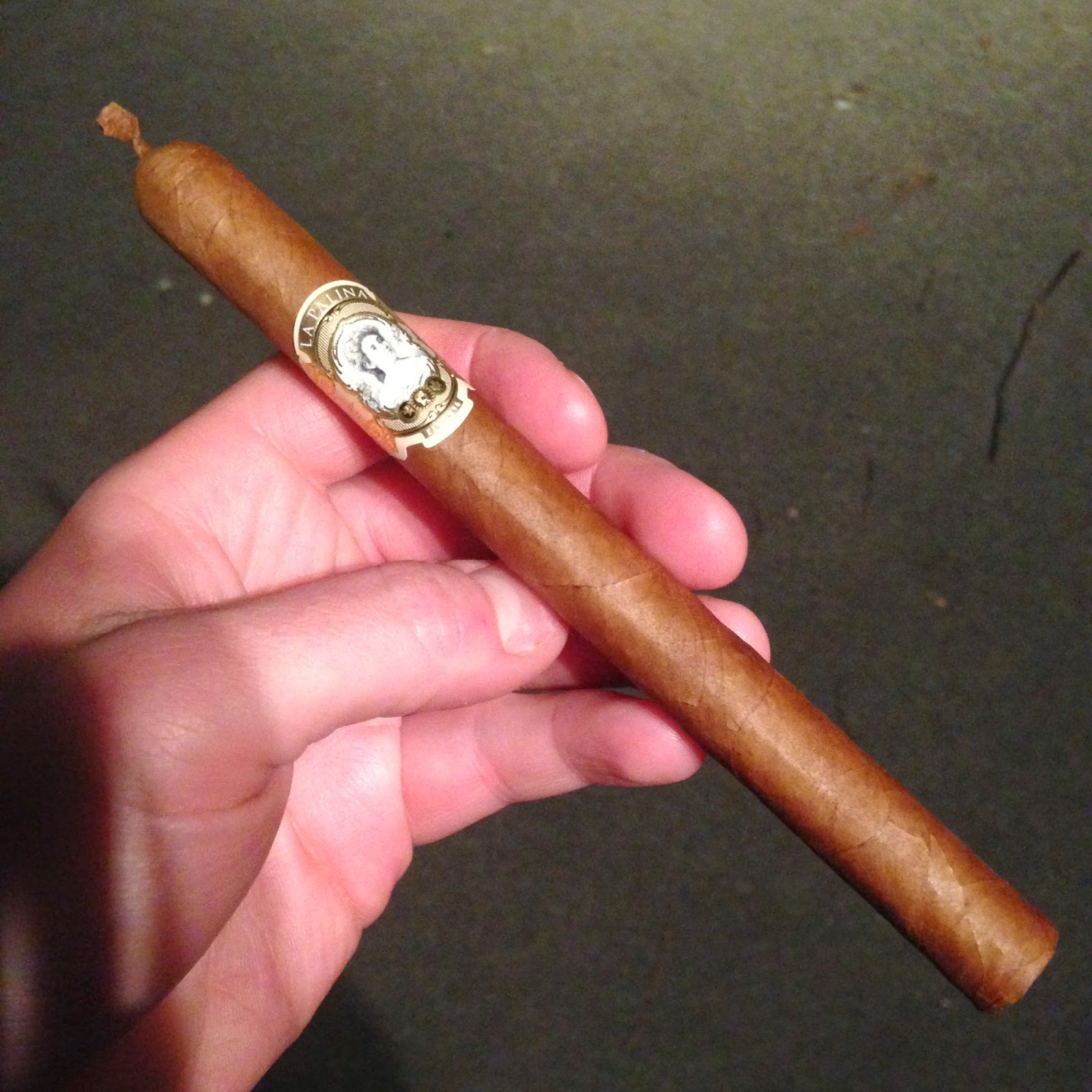 With La Palina teasing the new Goldie release recently, and me smoking a Goldie Laguito Especial after seven months of sitting in my humidor, I decided that the cigar deserved to be revisited. This is the third release in the Goldie Collection, and when it was first released it was disappointing when compared with the other two Goldie releases. It was not a bad cigar, it was just not what those initial two cigars were. What makes the Goldie Collection very special though is that the cigars are rolled by one roller, and are rolled in Miami, FL. Rolled by Maria Sierra, once a roller in Cuba who rolled Cohibas for Castro, she is a Level 9 Roller and rolls at El Titan de Bronze. Last year she rolled 25,000 of these cigars, and this year she will be rolling a similar number with the new Goldie.


The Goldie Laguito Especial is a "laguito especial," and measures 7.6" with a 40 ring gauge. It features Nicaraguan and Dominican tobacco in the filler blend, and it has an Ecuadorian binder with an Ecuadorian Habano wrapper. It is finished with a nice fantail cap, and the presentation is great as presentation can be. Over seven months the cigar has aged quite well and it has a flavor profile that is really popping now. It is showing some great spice and tobacco notes, and it has some nutty, cream, and citrus notes with that. It produces some  cedar notes on the finish as well, and it has some black pepper with that. The blend has really come together over the months and with the vitola offering presented, this is my new second favorite after the Goldie No. 2. If you have not yet smoked this, you can still get some, so grab them up because you are in for a treat. 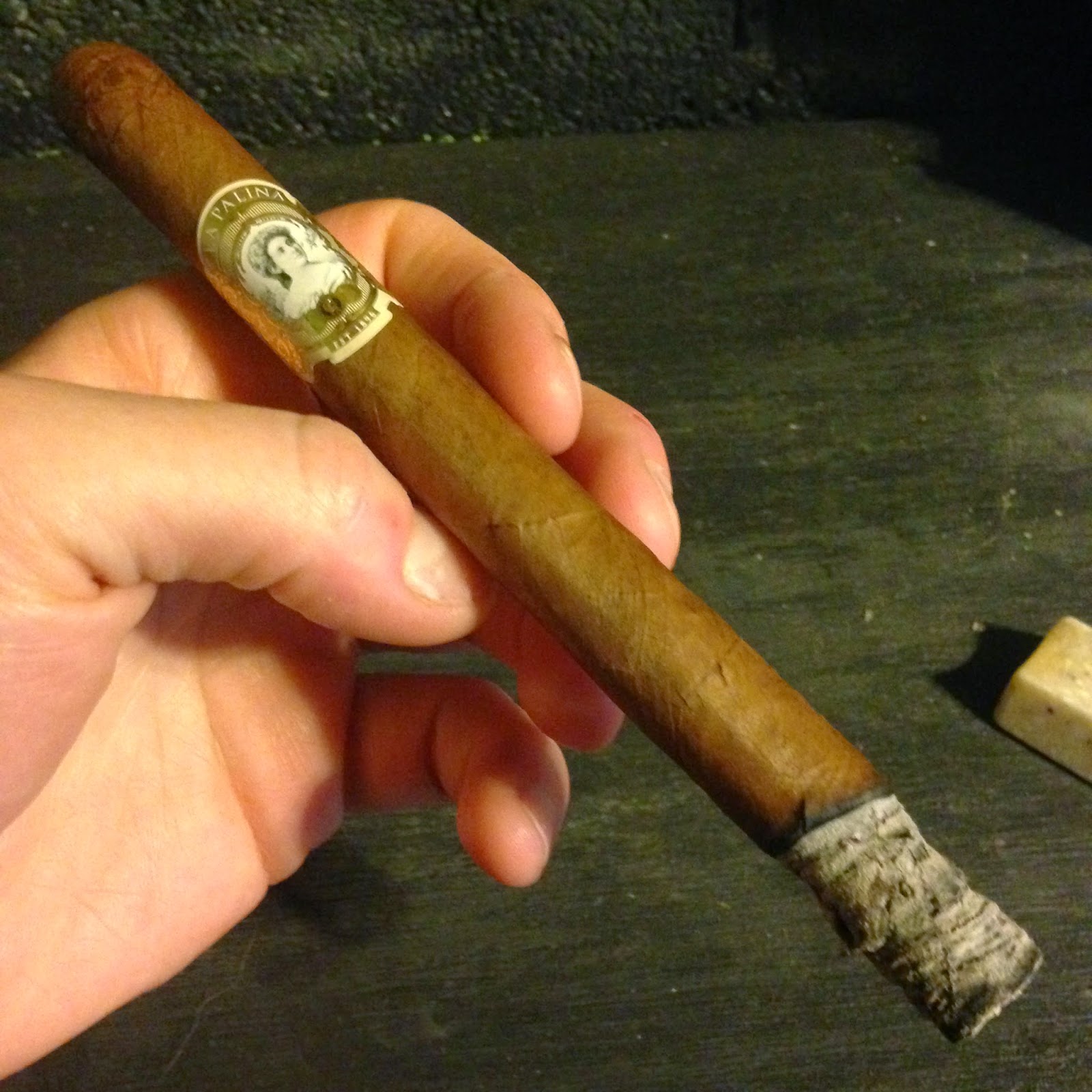