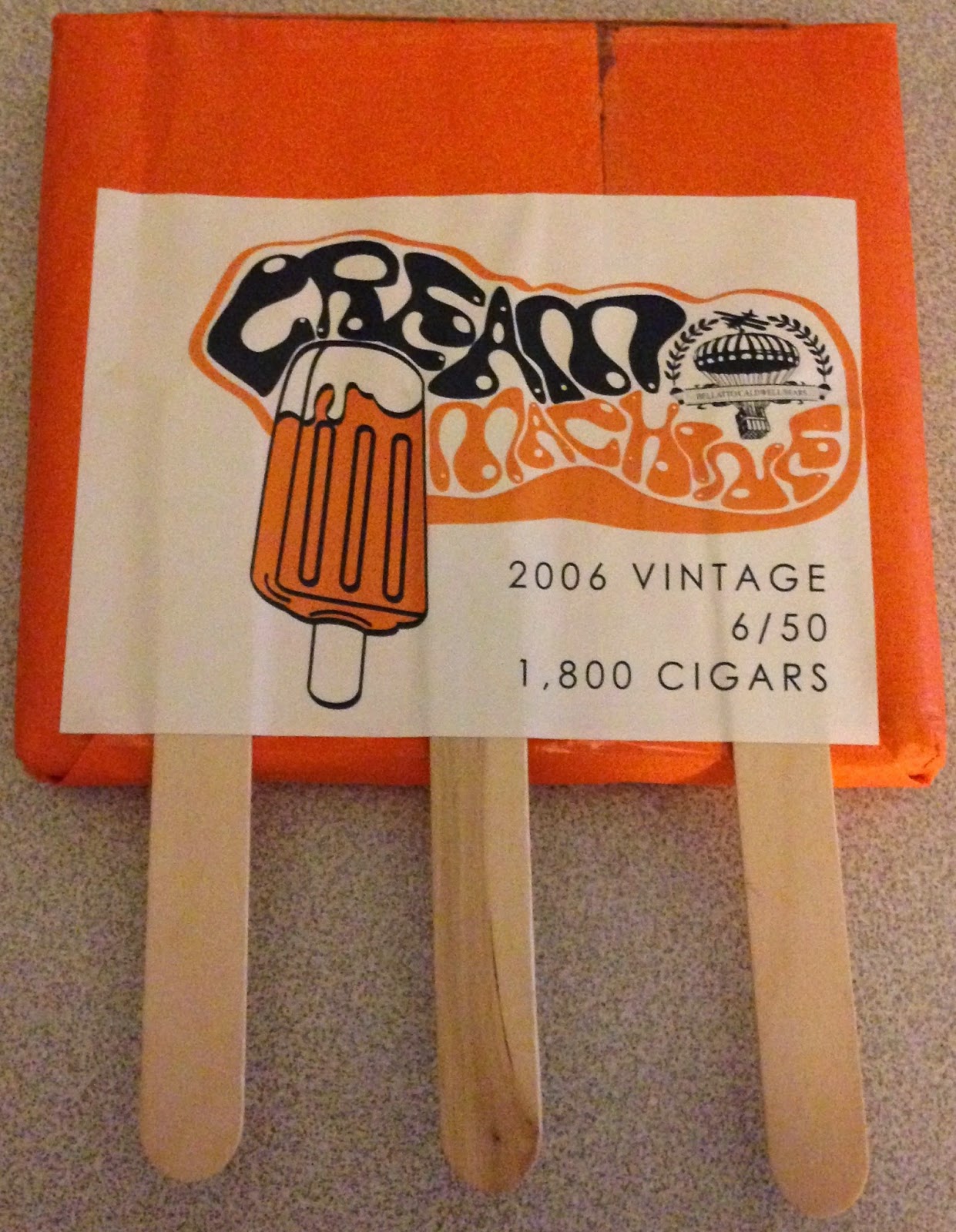 If you enter any cigar factory's escaparate, you will find media ruedas of cigars aging properly on shelves, awaiting the application of bands and the completion of the packaging process. Most of the time these cigars make it out of this room for packaging and distribution to the market, but there are times where these cigars end up sitting in the escaparate. These cigars slowly age to perfection, and can sometimes be "forgotten" about, not being smoked for many years. The concept of Lost&Found, formerly Bellatto/Caldwell/Sears & Impromptu, is to find these cigars, the good ones that is, and release them to the market in limited quantities. Very little information will be revealed by Lost&Found regarding the actual cigar, but because they loved these cigar so much, they wanted to share them with the market. This concept was first released last year, not fully understood but appreciated, and this year the group has made a return that is stronger than last year. One of the highlights of last year's releases was the Pepper Cream Soda, and following up on that, Lost&Found has released its follow up release, Pepper Cream Soda Cream Machine. 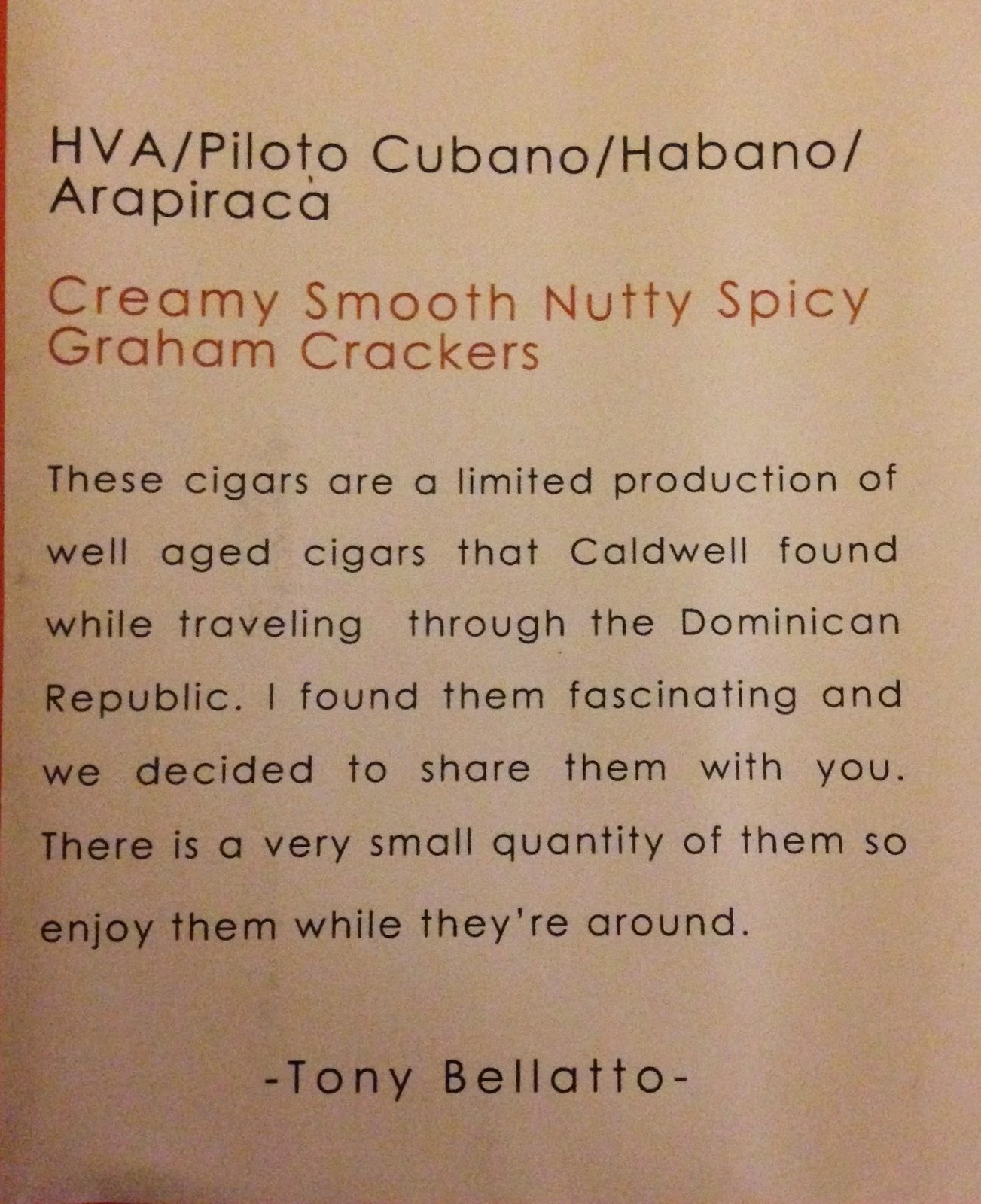 Measuring 6" with a 50 ring gauge, Cream Machine is the follow up release to the Pepper Cream Soda that was released that year. The release last year was a 2006 vintage smoke that was a 5" by 50 ring gauge robusto, and the Cream Machine is the same vintage in a toro offering. Release numbers are set at 1,800 cigars, and they are being sold in packs of three and nine. The cigar is finished with an Brazilian seed Arapiraca wrapper from Ecuador, a Dominican Piloto Cubano binder, and a filler blend of Habano, HVA, and Piloto Cubano tobacco from the Dominican Republic. The cigar comes with a silky wrapper and it has a lovey coloring that is between Natural and Colorado. There are a few minor veins present throughout the wrapper, and it has some nice tooth present with that. It is firm in hand, and as I said earlier, it is remarkably silky. The cap is applied nicely, and it has a very minor 109 finish. I don't think it is intentional, but I am picking up a little bit of that. The wrapper is giving off an aroma of cedar, tobacco, light spices, and cream, and I am getting some more oaky, spicy, and vanilla notes on the foot. 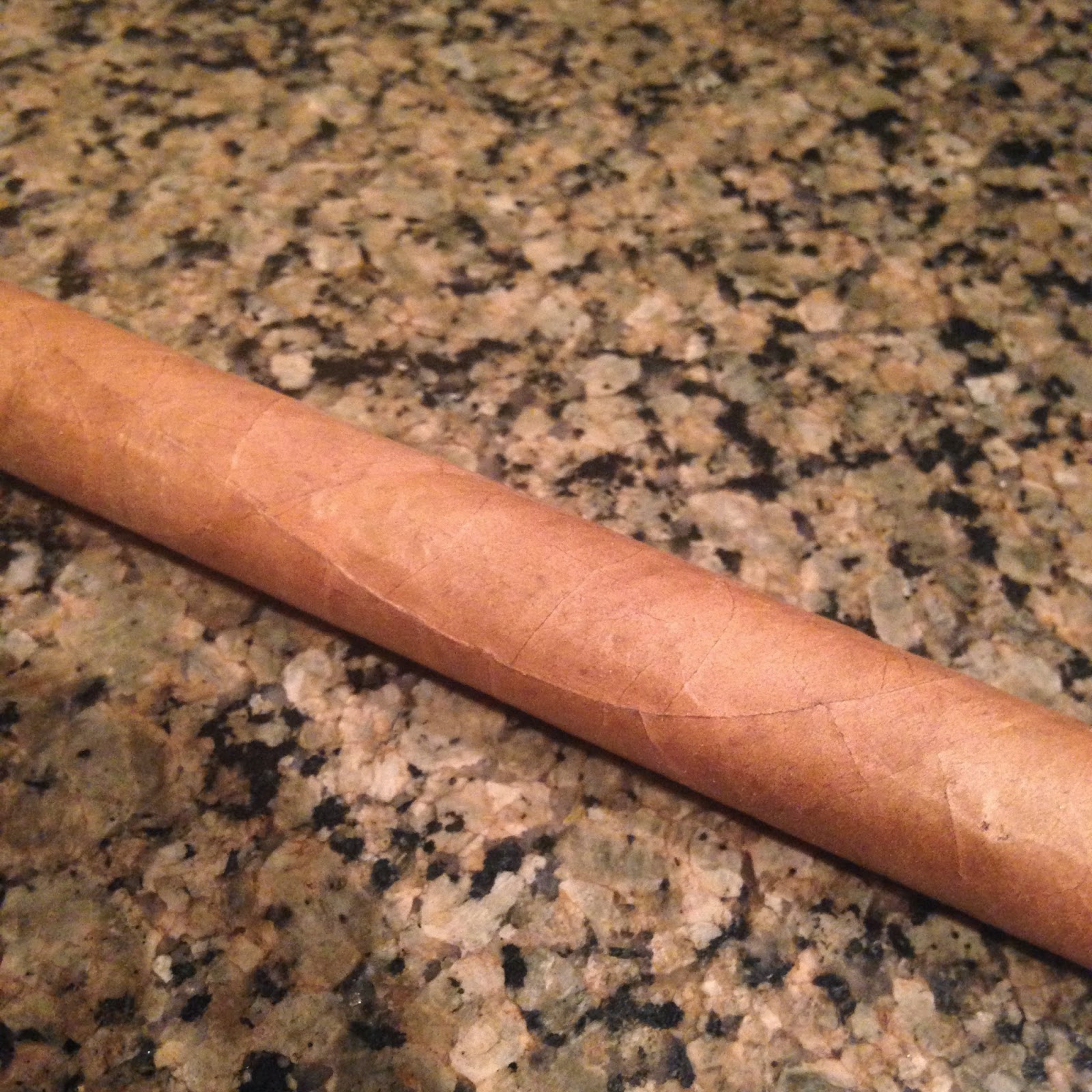 The first third opens up by showing nice cedar notes, and it has some great pepper qualities on top of that. The pepper notes present are really white pepper like, and it is a nice combination overall. I am getting some smooth flavors with that, as I was expected giving the title, and the smooth flavors are creamy and nutty. This is a really enjoyable cigar, one that I would like in the morning and afternoon, and it is a cigar that would be appealing to many people. The body and strength level are at a medium level in my opinion, and it is a nice balance with the flavors being produced. I would say the construction is fairly decent on the cigar, not perfect, but it produces a solid charcoal ash on the end that is holding on well. The draw is smooth and cool, and I am looking forward to the growth of the cigar. 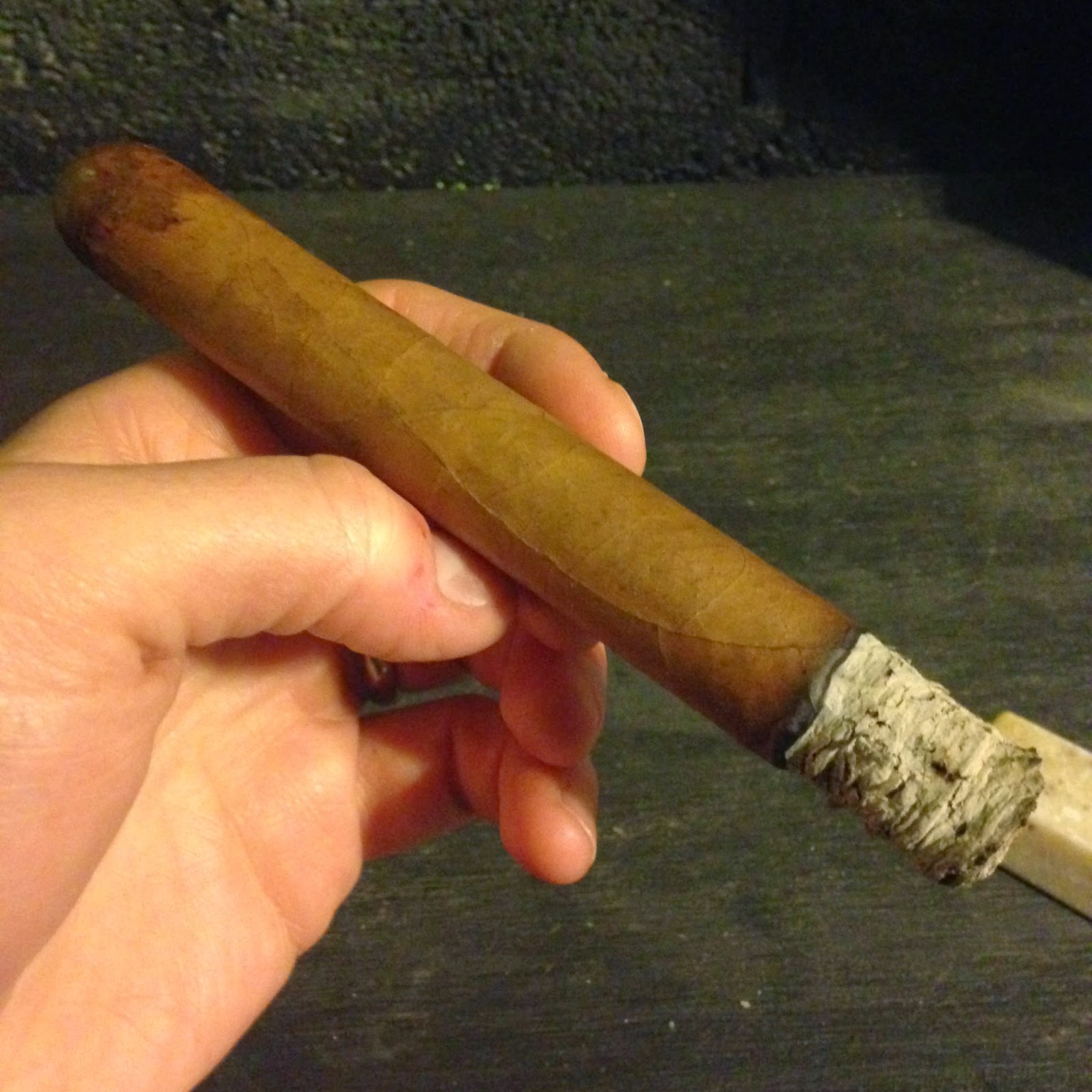 When I enter into the second third of the cigar, I find that it opens up more and is showing some sweeter qualities overall. There are still a nice bit of white pepper flavors present, but I am getting some vanilla and oak notes with that. There is a cedar flavor present as well, and it has a creamy, tobacco, and spicy finish. It is a complex blend that has grown as it has moved into the second third, and the body and strength have progressed as well. I would say that the strength is now just above medium, and the body has as well, just shy of medium-full. The construction is still similar in this third to the previous third, and it is showing a slightly uneven burn line with a charcoal ash on the end. I have had to touch up the cigar from time to time, but the ash is holding on well and it is smoking cool overall. 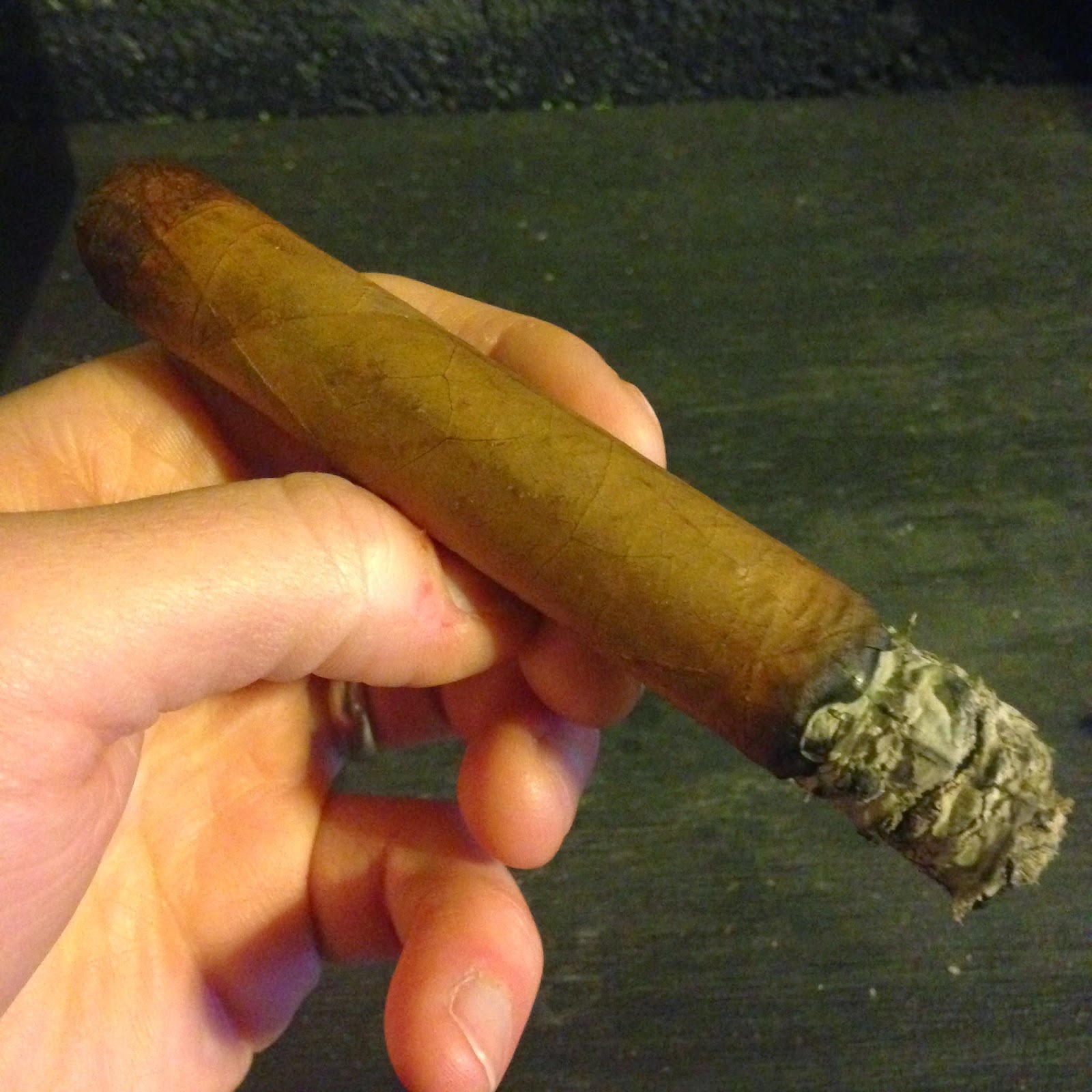 The final third shows some similar flavors to that of the first third, and it is creamy with some nice cedar notes. There are some toasty qualities present, and I am getting some soft oak and graham cracker notes. There is very little spice or white pepper flavors present on the finish, and it is a smooth finish that makes for a nice ending. I would say it is complex, but also light overall, so you have to focus on the flavors. The construction is similar in the final third to that of the first and second third, and it is has a burn line that is a little off, and requires some touch ups here and there. The draw is smooth though, and a good bit of smoke is being produced with each draw I would classify the final third as being medium in body strength and body, and with the finish being what it is, it makes me want to light up another smoke right after. 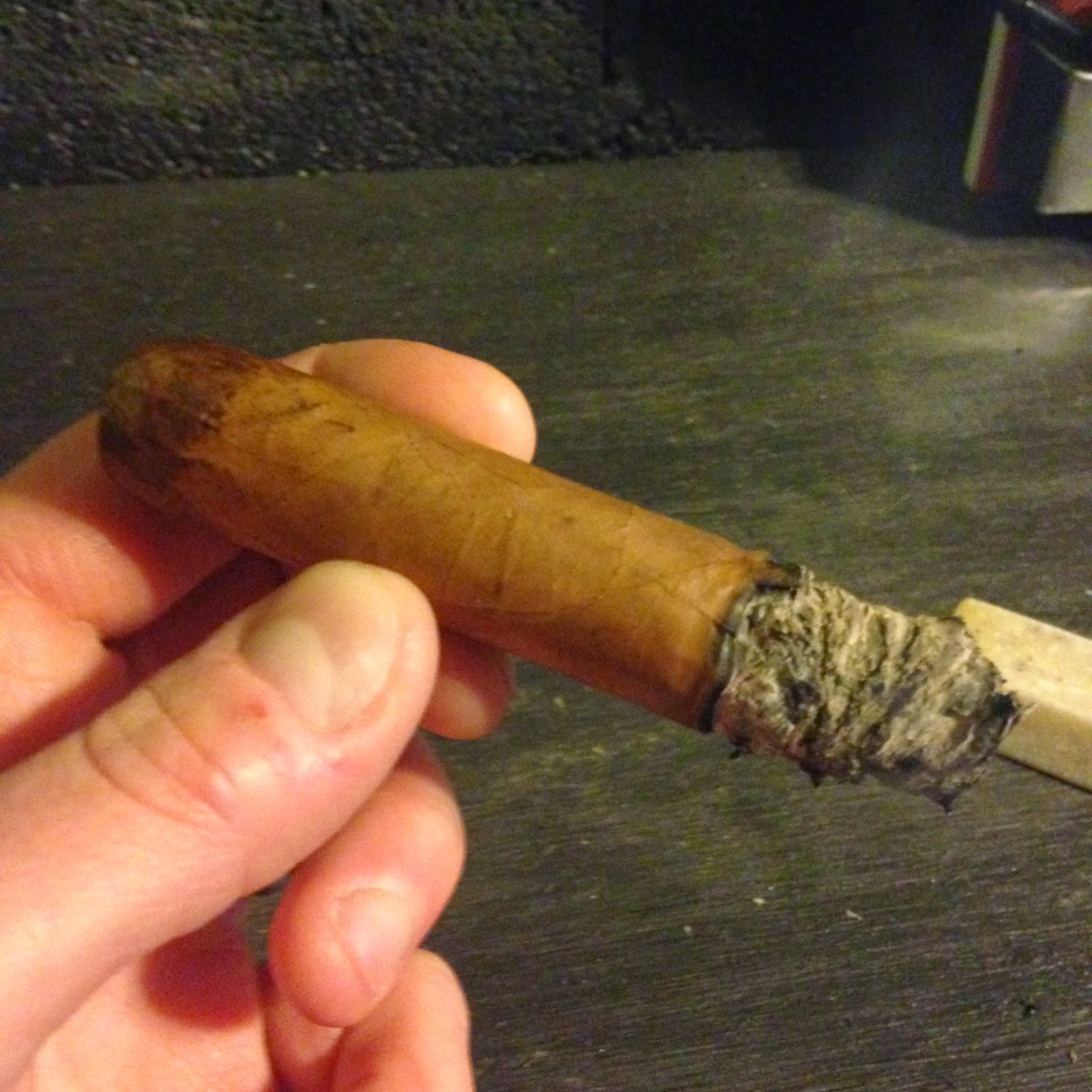 Cream Machine is an enjoyable release, and one that definitely shows its age. It is smooth, mild, and creamy throughout, and it delivers some nice flavors with that. I would be fascinated to see how this cigar smoked when it was younger, as this cigar is close to ten years old now, and I am willing to say that it was much better when it was two to four years old, rather than nine years old. It still smoked well for its age though, and you can see that it has been aging properly, but as for my personal taste and preference, it is a little mild. This is a cigar that I would recommend to many, especially for the milder fans, and it is a great morning smoke. The construction was decent from beginning to end, and I found myself smoking many of these before this review. I am giving this cigar a solid 87 rating, and it is a cigar that I would recommend people smoke now, and not age and put away. Lost&Found does not have anything to do with La Barba or Caldwell Cigar Co., I want to make that clear, but as for comparing the three, La Barba and Caldwell are definitely superior blends. 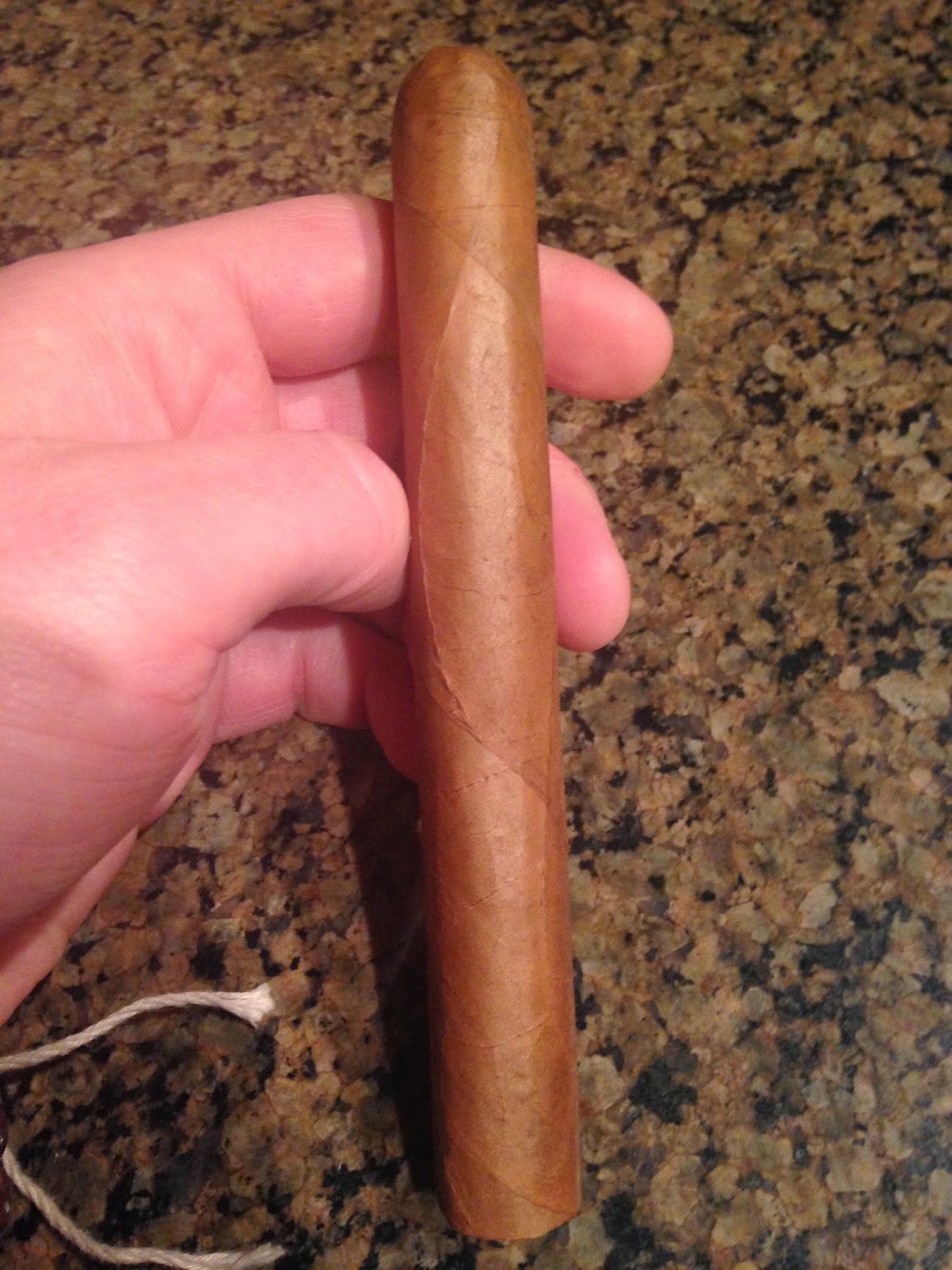