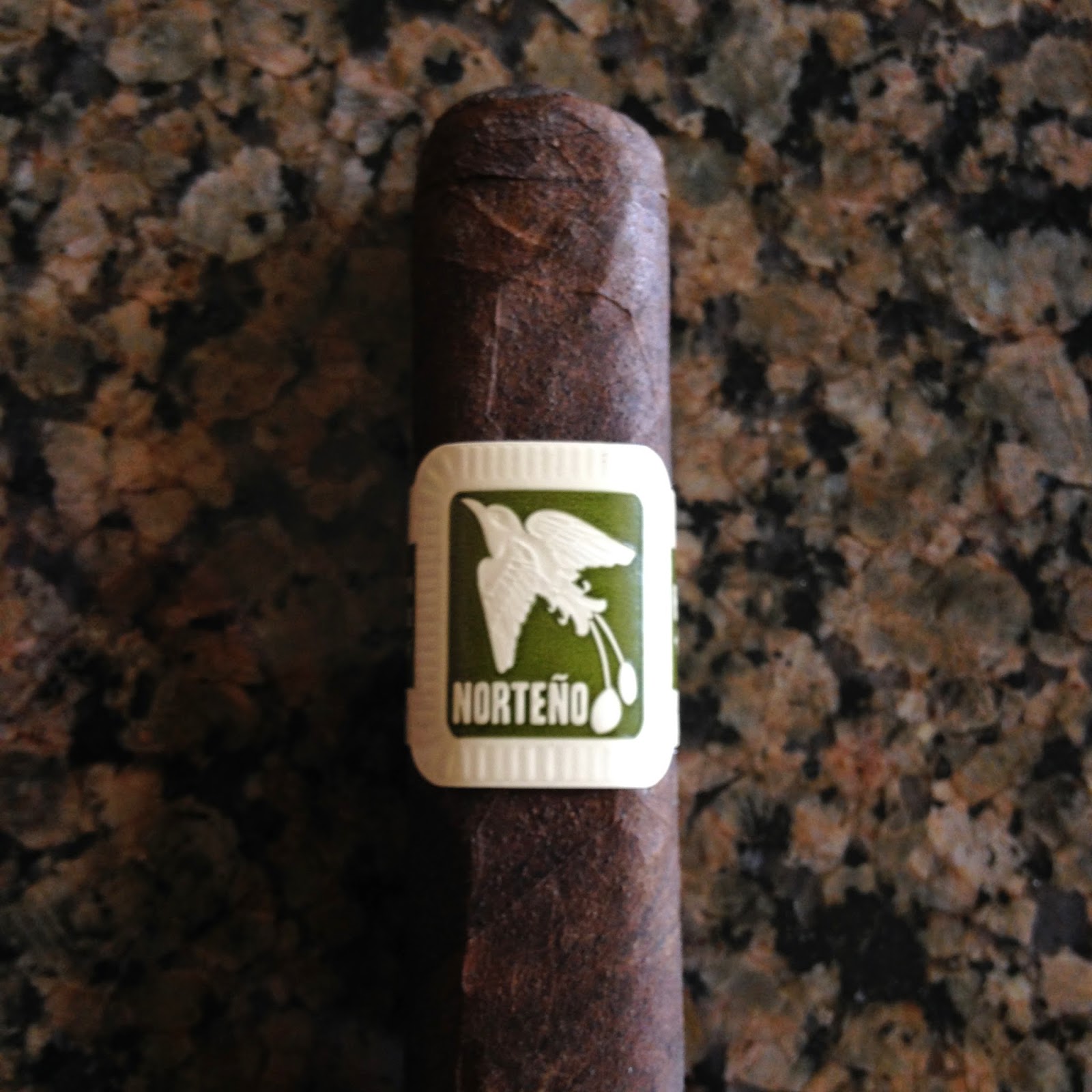 In June of 2020, Willy Herrera was named the Master Blender of Drew Estate, a position that was recently held by Nicholas Melillo. It had been a year and a half since Herrera Esteli was released, and during that time Willy was working with the crews in Miami and Esteli, learning more and more about this large and unique company. During that time, his work was kept fairly quiet, but he was handing out blends for feedback, testing the market. One of these blends, that became the blend the company would release, was the Herrera Esteli Norteño. That was not the original name, and there were a lot of changes for the cigar along the way, but the cigar was finally being released. This was the second release for Willy with Drew Estate, and it was an important release at that. Before this release, he had been involved in a lot more Cubanesque" blends, and this was more full in body and strength overall, and was maduro on top of that.

Herrera Esteli Norteño comes in six vitola offerings and for this review I went with the Corona Extra. It measures 4 3/4" with a 48 ring gauge, and at first look the appearance was my preference by reading the dimensions. The cigar comes with a Mexican San Andres maduro wrapper, and underneath that is a Honduran binder. I would be interested to see if this is the same binder used on Herrera Esteli, and to complete the blend is aged tobacco from Esteli and Jalapa in the filler. The cigar is extremely pressed and covered with a rustic like wrapper. It has some major tooth present overall and it is rough in texture. There are some veins throughout, but for the most part they are smaller veins. The cap is applied well and it is firm throughout. The wrapper is giving off an aroma of cedar, cocoa and rich earth, and on the foot I am getting some spice, earth, tobacco and damp wood notes. While the band is reminiscent of a particular Habano band, and it is a band that has been used in this manner quite often this year, I do appreciate the eggshell white that is used for the border and not a bleached white color. If it was a bright white, it would be to much in terms of appearance. 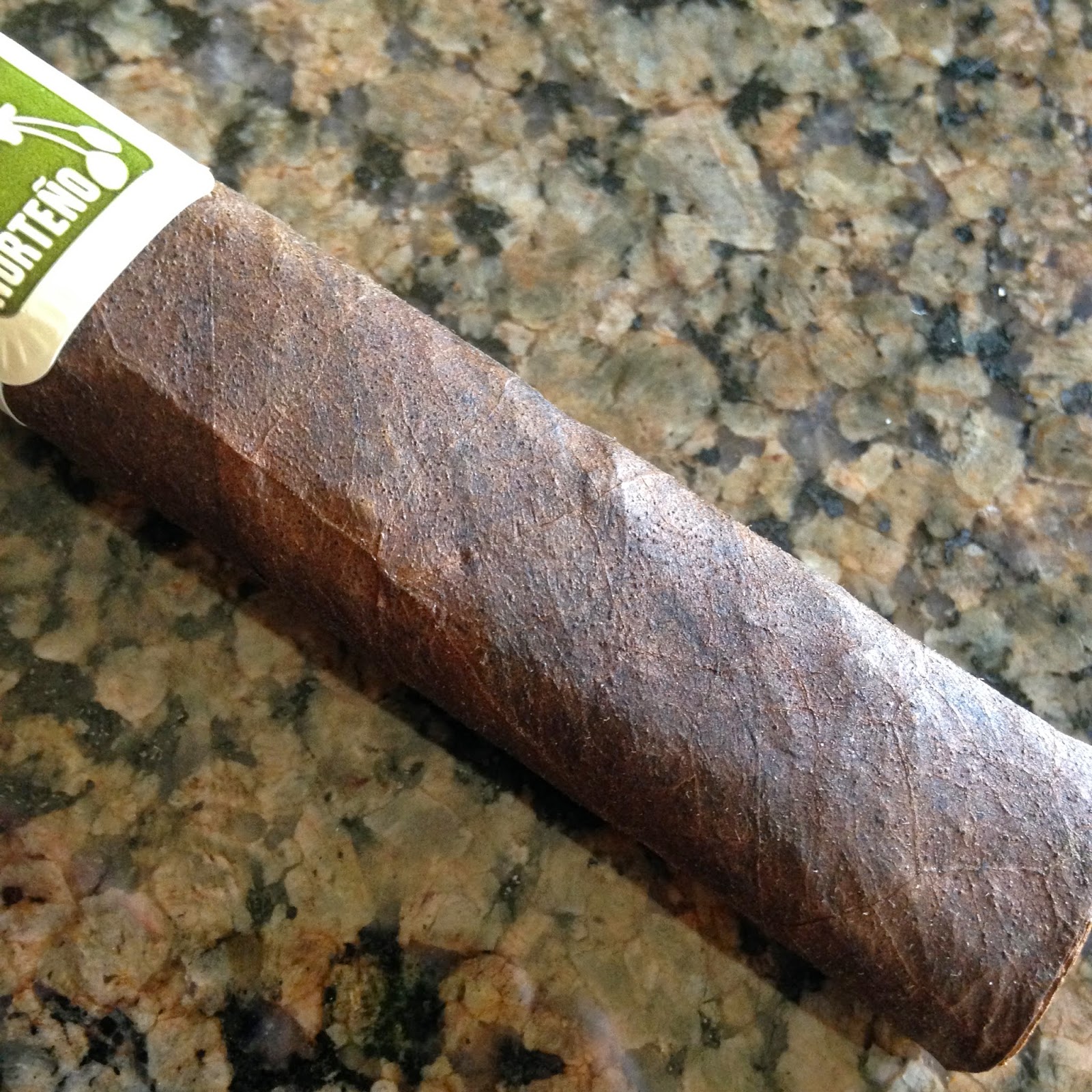 The first half begins by showing some definite pepper notes and it is accompanied by some dry earth flavors. There is a noticeable spice level present with the blend, and I find this with a lot of Drew Estate stuff that has this Honduran binder. The earthy notes are showing some sweet qualities overall, but is balanced with the spiciness and it has a finish of charred oak notes. It shows a lot of Mexican tobacco traits, but at the same is balanced by those Honduran and Nicaraguan flavors. The construction is fairly decent in the first half and it is producing a slightly uneven burn line with a nice charcoal ash on the end. The ash is holding on firmly and there is a lot of smoke being produced with the cigar. I would classify it as an easy medium-full strength and body cigar, and I am really enjoying what is being delivered right now. 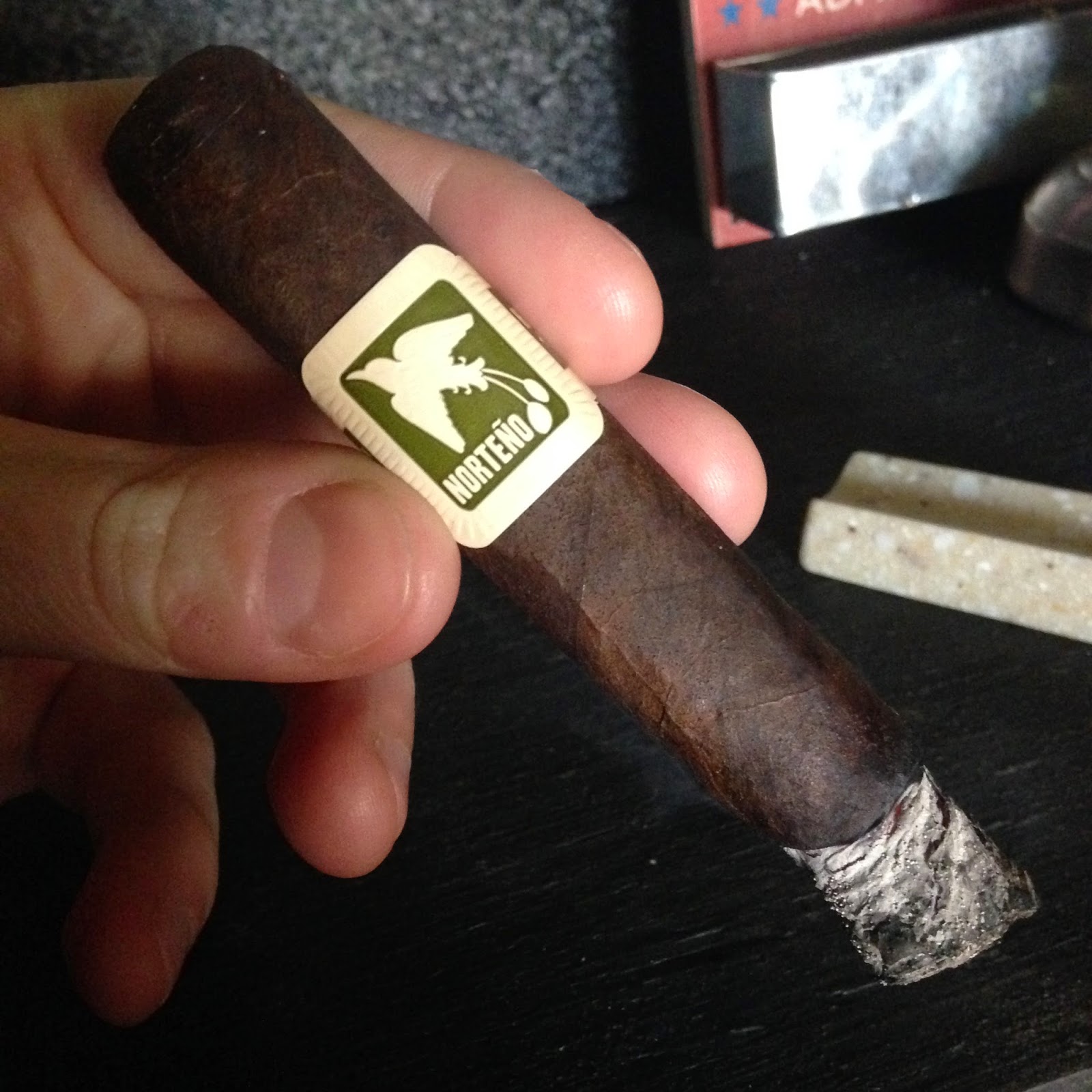 When I get into the second half of the cigar I find that the construction improves greatly and it is showing an even burn line with that nice charcoal ash on the end. The ash is still strong on the end and it is not incredibly flaky, but it is showing some flaky traits overall. The draw is perfect with the press though and giving off a great bit of smoke, something Drew Estate is known for. I would say that it is smoking at that medium-full level still, and the body and strength are really pairing well with one another and matching the flavors. I am still getting spice and pepper notes in this half, and they are pairing with those nice sweet earth notes that are showing some additional cocoa qualities. I am getting a unique berry quality that is not as present as it is with a cigar like Velvet Rat, but a little bit more sour and not as ripe. There is a thickness present as well, something I get with Mexican wrappers, and it is a nice conclusion that is flavorful and filling. 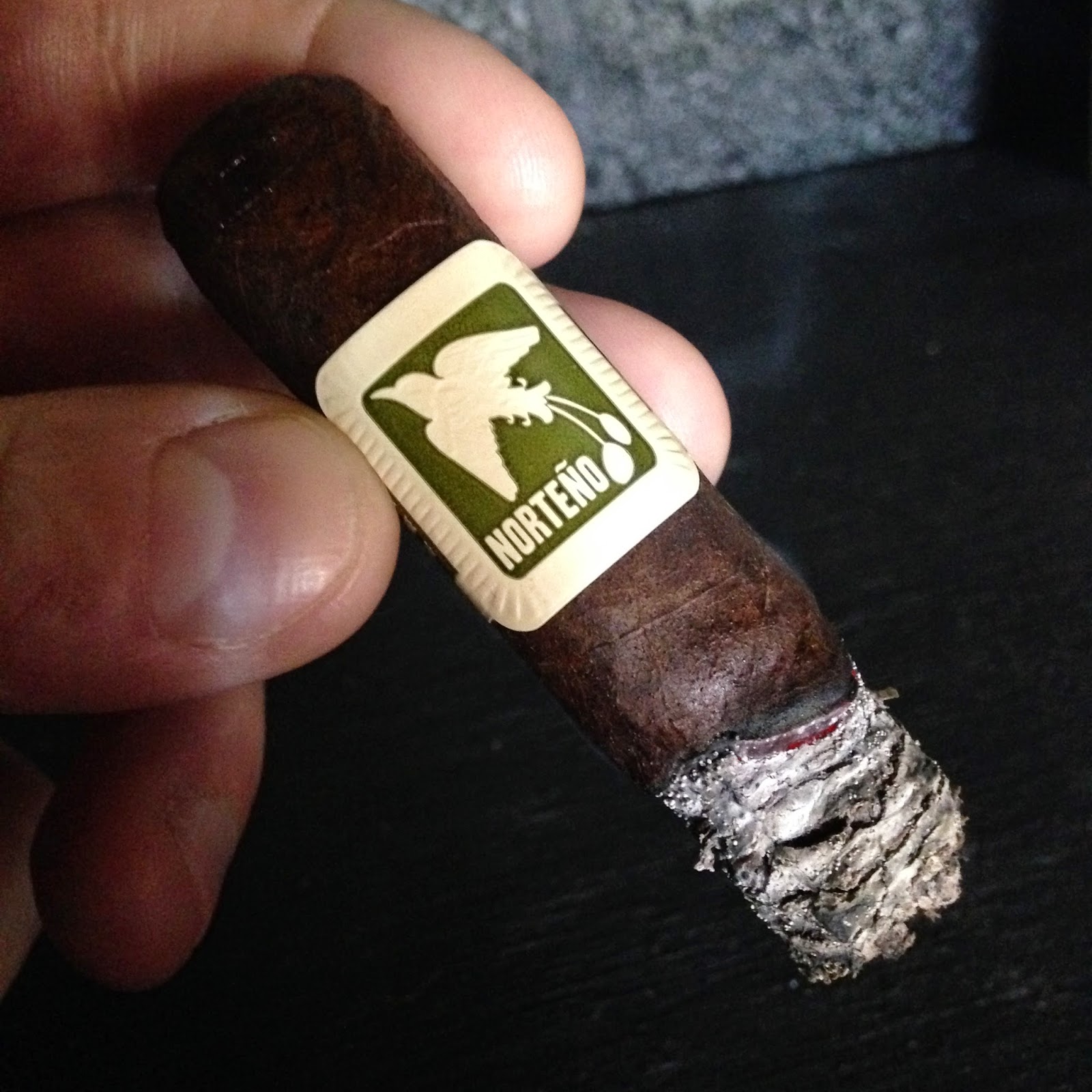 Having smoked some pre-release version of the Herrera Esteli Norteño, I can say that the cigar has come a long way and improved greatly since I last smoked it. Original pre-release versions were slightly flat and lacking in my opinion, but the cigar has shown some growth in depth since then. I have been told that line smokes better in larger formats, and I can see that with the flavors it could deliver and the offering of the vitola itself. I am not the biggest fan of the lines pressed format personally, and I believe in a larger format it would show better flavors and produce a smoking experience that is more to my liking with the a less dramatic press. To me, it was too pressed,and it is less natural and much more artificial and industrial. I don't think this is the bet Mexican release I have had from 2020, that goes to Sindicato Maduro and Satin Glove, but this is definitely the #3 of the offerings I have had. I am giving this smoke a solid 91 rating and look forward to smoking the cigar in a bigger format. 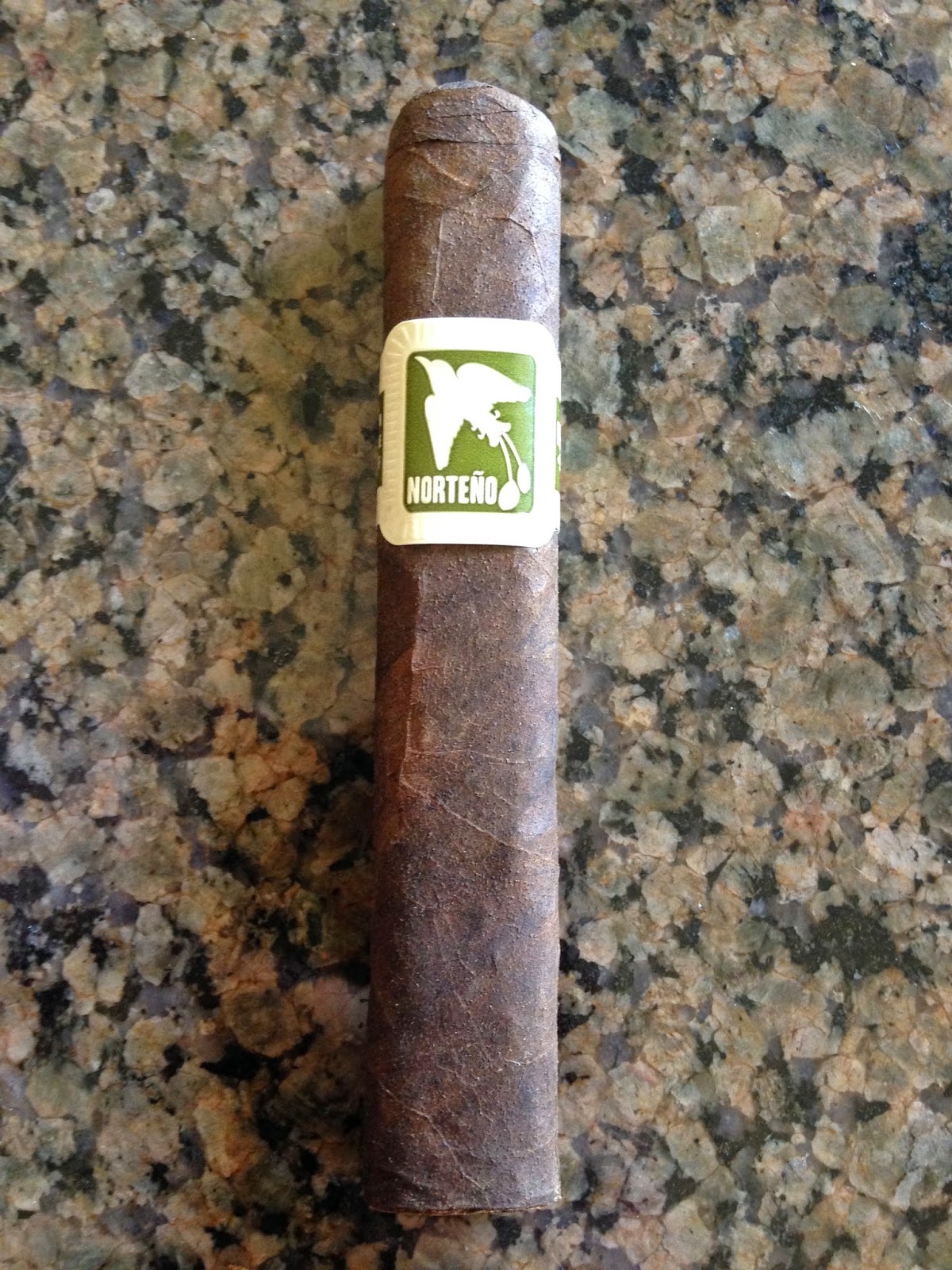