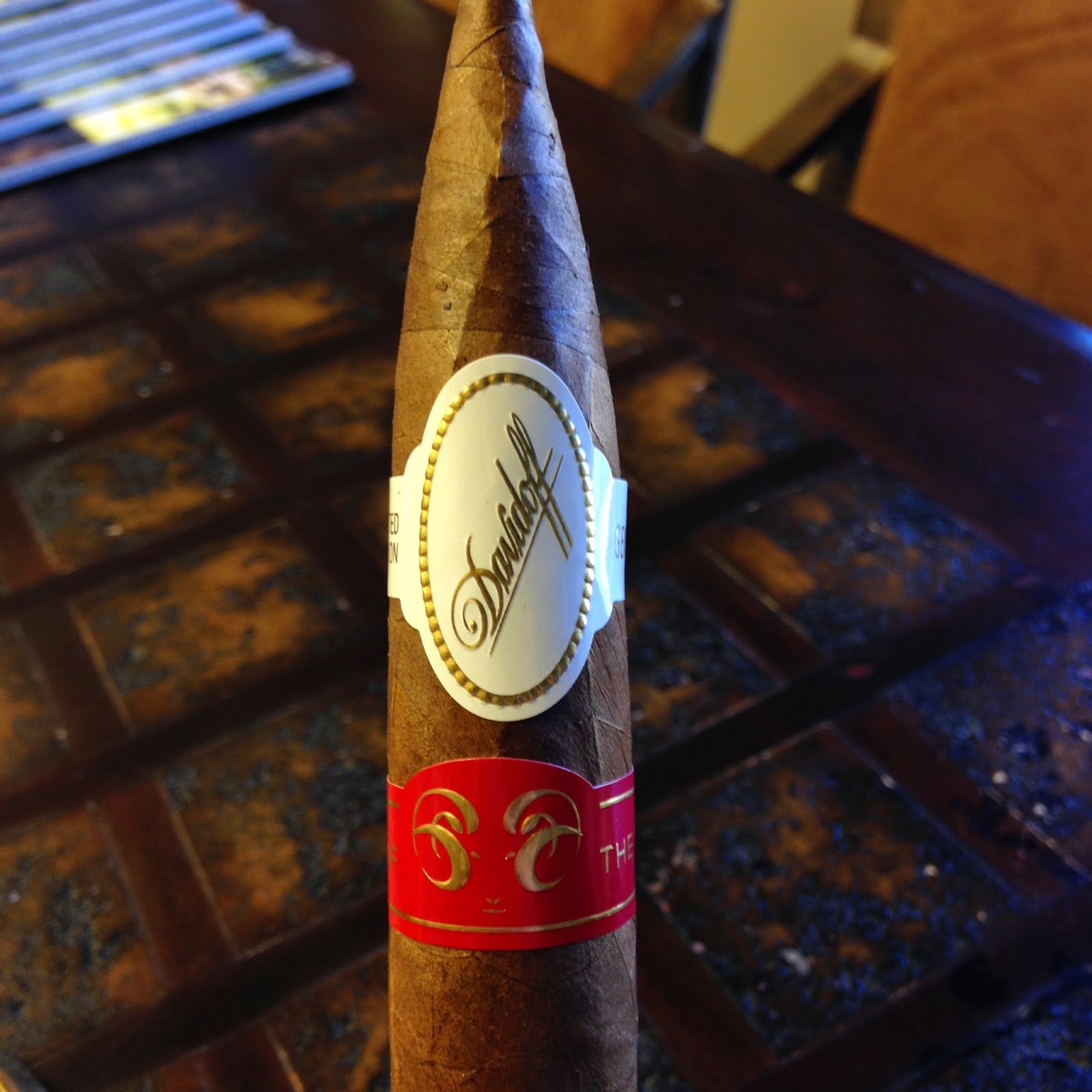 On February 19th, 2021, the Chinese New Year will begin. This year is the Year of the Sheep, and for the third year now, Davidoff has released a limited edition a few months beforehand honoring that year. It began with the Year of the Snake for 2019, followed by the Year of the Horse in 2020. The cigars have done incredibly well in terms of ranking by myself and others over the years, and in 2019 the Year of the Snake was my #3 Cigar of the Year. I think this is one of the more brilliant limited releases in the past few years, and it is one that is cool and limited but also has some ties to something besides cigars. I think it is a release that speaks well to not just the United States market, and it is also a release that will gravitate smokers to pick up a box in honor of their birth year. Either way, the cigars have been solid and I now look forward to the release whose symbols corresponds to my birth year. With that being said, let's look at the Davidoff Year of the Sheep.


Following the Year of the Horse is the Year of the Sheep. This year's blend features an Ecuadorian Habano wrapper followed by a Yamasa binder from the Dominican Republic. The filler is all Dominican and it features Hybrid Corojo/Olor Visus, San Vicente Visus, Piloto Visus and San Vicente Mejorado Visus tobacco from the Dominican. Production is set at 3,000 boxes of eight cigars and the cigar comes in one size, a 6 1/4" by 54 ring gauge torpedo. The torpedo is constructed wonderfully and it has a nice tapered finish. The wrapper has a beautiful Colorado coloring and it has some minor veins throughout. There are no oils present on the wrapper and it is firm throughout. The foot gives off a classic Davidoff aroma and it is showing some hay, cedar and lemongrass notes. The wrapper is giving off some toast, wood and leather notes, and I am looking forward to lighting up this torpedo. Upon lighting the cigar I am greeted by some terrific flavors that are showing lemongrass notes with some hay and cedar. There are some solid tobacco notes present as well and it is showing bits of leather and spices on the finish. It has a great Davidoff flavor and with that is a little bit of strength to take the blend to a new level. I have been thoroughly impressed with the smokes for this limited edition line and they have all been unique and enjoyable. The construction is terrific with the blend and it is showing a ice burn line with a firm charcoal ash on the end. The draw is cool, producing a great amount of smoke, and it is showing all of those flavors on the finish. I would classify the body as being medium overall and the strength is around the medium level as well. So far, a great start and another success for a limited Davidoff release. 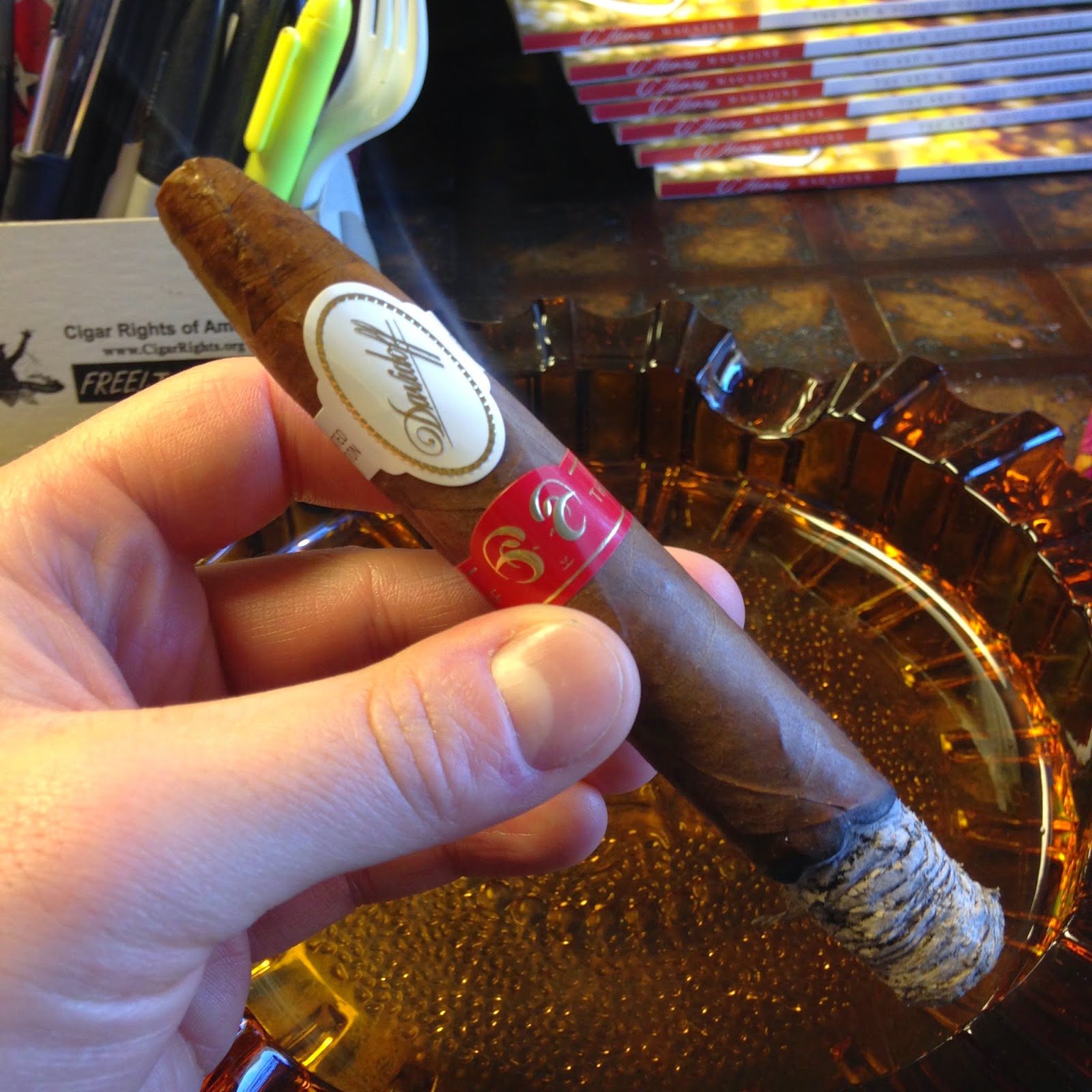 I am in the second third of the cigar now and I am finding that it is picking up overall. It it showing those nice Davidoff flavors of lemongrass, hay and cedar, and I am getting those nice tobacco and spice notes on the finish. It is a flavor profile that I can  connect with all the time, and it is a flavor profile that I can have in the late morning to late evening. The construction is still top notch in this third and it is showing an even burn line with a nice charcoal ash on the end. The ash is holding on firmly to the end and with that is a nice bit of smoke production. The draw is cool on the cigar and it is giving off a great bit of flavors. I would say the body and strength are at a level between medium and medium-full, and this is a great afternoon smoke right now. As I said earlier, I have loved what Davidoff has done with these annual limited releases and for three years they have had a winner. 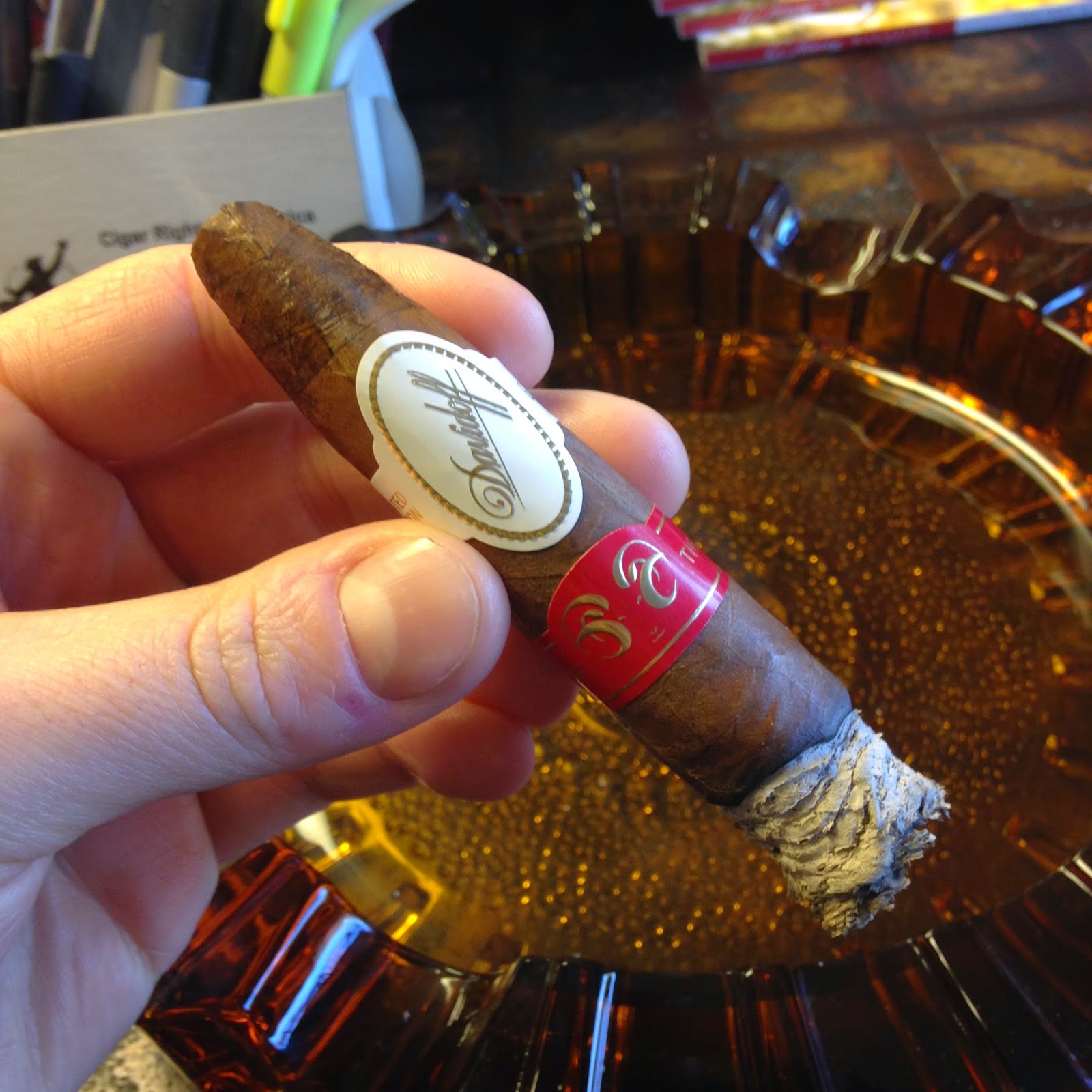 When I get into the final third the flavors remain similar to what they were in the first and second third and it is a cigar that is producing those classic Davidoff flavors while showing a little more strength and spice. The pepper notes are stronger overall and they are pairing with those hay and cedar notes that have been present. There is a nice tobacco and lemongrass flavor present as well and it is a smooth finish and and overall a classic Davidoff finish. The construction remains perfect in the final third and it is showing that razor sharp burn line with that beautiful charcoal ash on the end. The ash holds on well through the tapered head and it is producing a nice bit of smoke on the finish. The final draw is cool and flavorful, and the cigar ends at a level that is between the medium and medium-full level in strength and body. 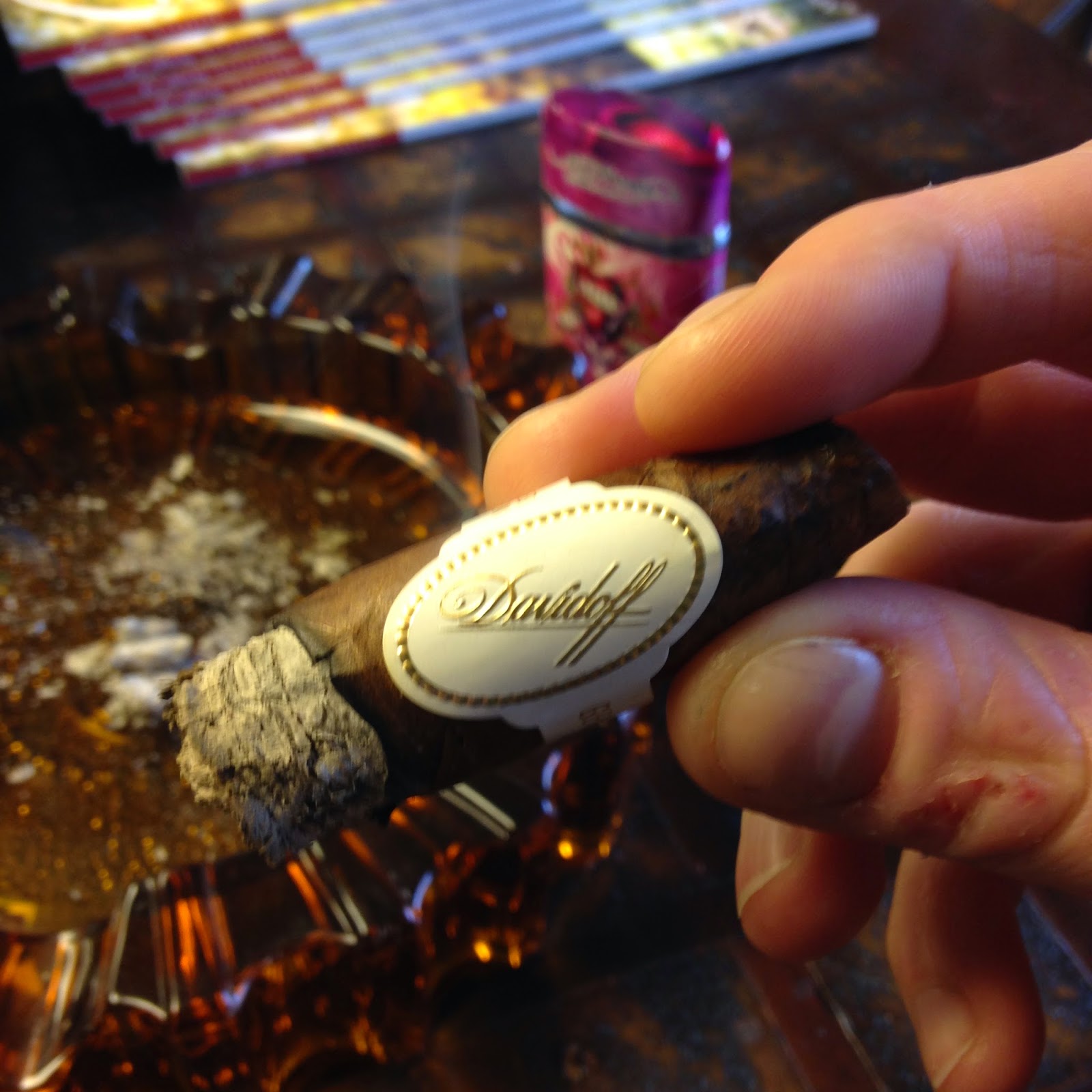 I believe that the Year of the Sheep is the second best release in this limited series and it follows the original Year of the Snake which is the best in my opinion. While it is nothing like Year of the Horse or Year of the Snake, I actually believe they are all different from one another, I believe that the Year of the Sheep is the most similar to the traditional Davidoff brands out there, falling close to the Millennium Blend. In my opinion, it is a spicier and fuller release when compared with the Davidoff Millennium Blend. The Sheep delivers a classic Davidoff flavor profile and does so in a size that I typically don't gravitate towards. I believe this year has seen some terrific torpedo releases, Cigar Coop and I have had that discussion many times, and this is definitely one of those great smokes. Don't miss the opportunity and pick up some of these for the humidor. Have it to celebrate the Year of the Sheep or whichever holiday you wish to have something great to smoke with. I am giving the cigar a rating of 92. 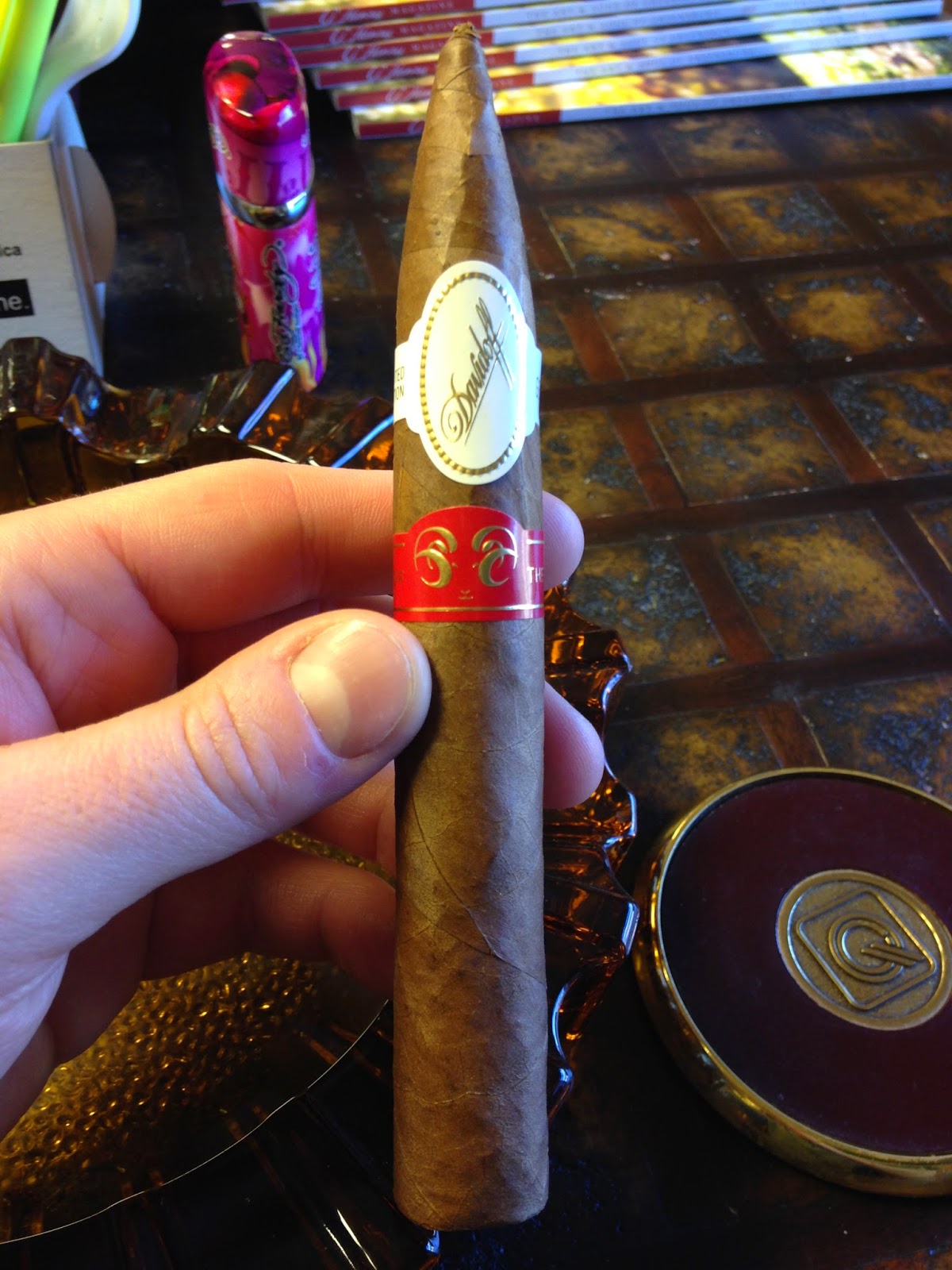