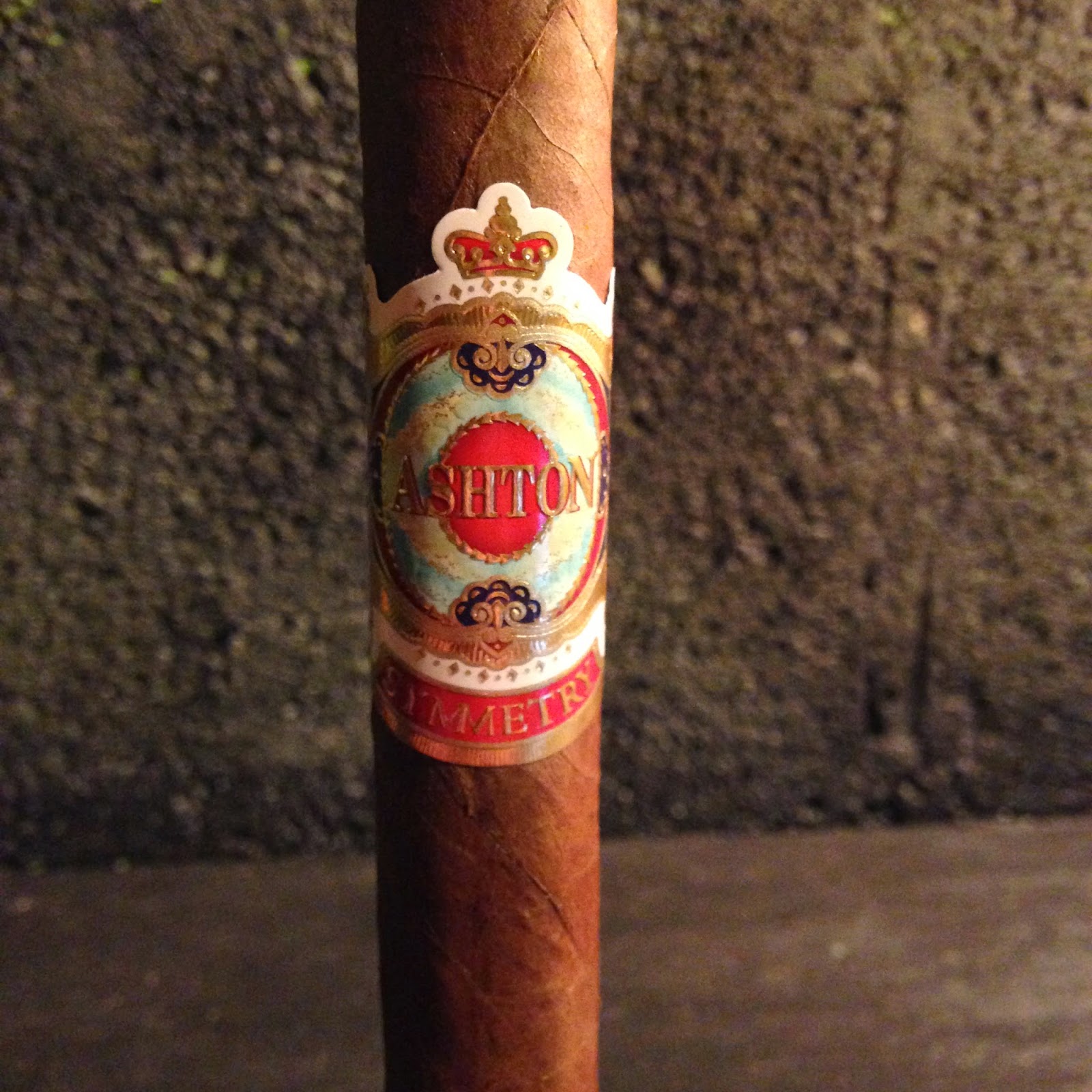 For nearly ten years, Ashton is a company that has focused on two brands, San Cristobal and La Aroma de Cuba, and one country, Nicaragua. They have been putting a lot of focus on those two brands and the production of them out of My Father Cigars S.A. They have had a lot of success with them, having them do well with end of the year ratings, but this year they announced their return to the Dominican Republic. The cigar has been in the works for years, being delayed due to tobacco issues and other items, but it is now here. The cigar is called Symmetry, and as I said earlier, it is the first new release to come out of the Dominican Republic in nearly ten years. The company returned to their close friends, the Fuente Family for this cigar, and I know I am not the only person to be excited about this partnership. With cigars like the Ashton ESG, Ashton VSG and Ashton Aged Maduro, they have made some incredible cigars in the DR and I am looking forward to seeing how the Symmetry smokes.

The Symmetry is a multi-national blend and features tobacco from the Dominican Republic, Ecuador and Nicaragua. The filler is a blend of Dominican and Nicaraguan tobacco, binder not specified, and the wrapper is Ecuadorian Habano. For this review I went with the Prestige vitola, and it measures 6.75" with a 49 ring gauge, making it a Short Churchill or Short Double Corona. The Short Churchill has lovely construction and the cap is applied well. There is a lovely coloring present to the cigar and it has a nice Colorado color overall. It has a very soft pressed and it is silky and oily in texture. There is a nice aroma present and it has a nice spice, stone fruit and leather quality present on the foot. The wrapper is showing some softer aromas as well and it has some wood, leather and spice qualities. 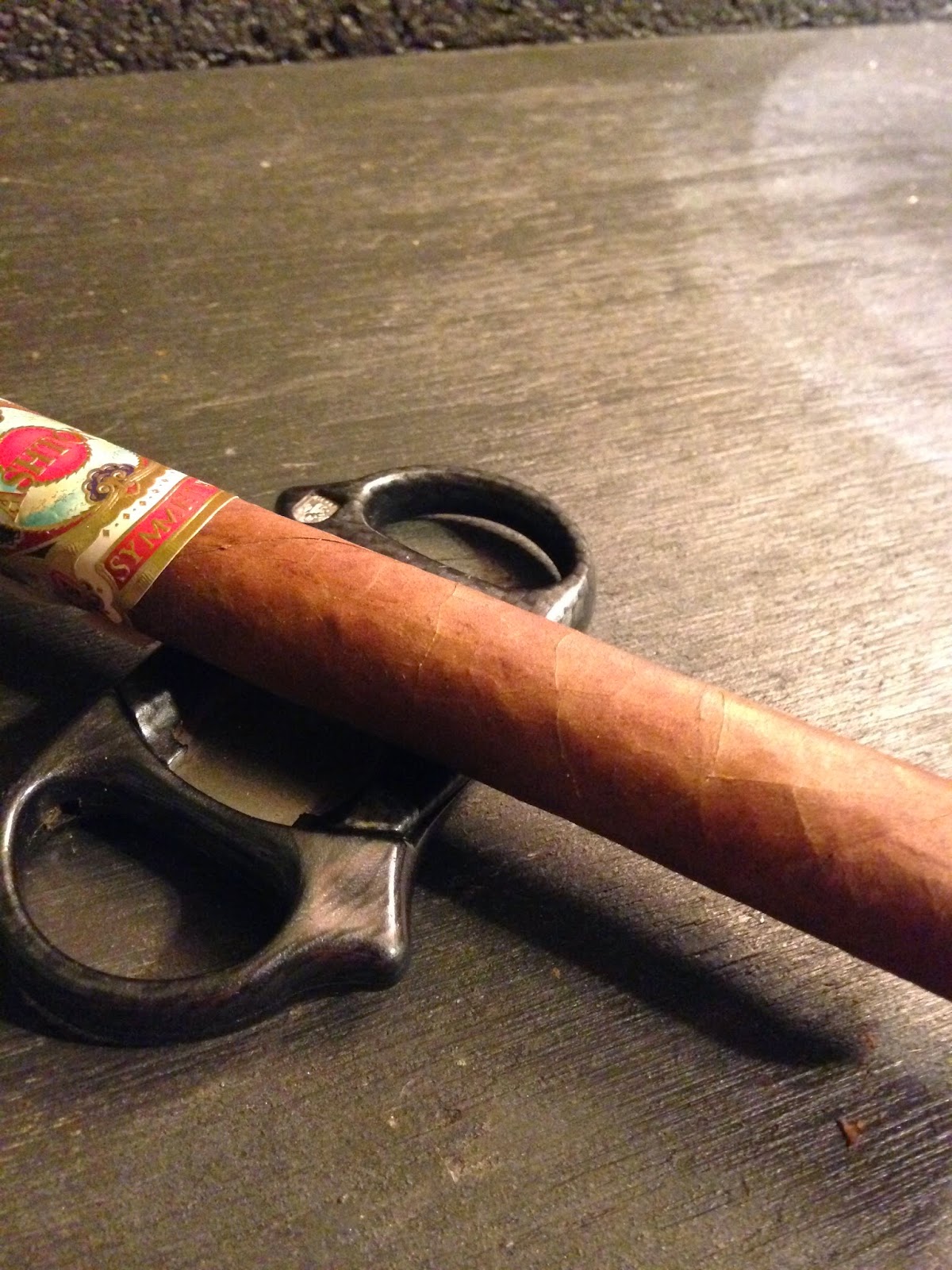 The cigar begins well but I will tell you that this is a young cigar. It is not there yet, but with some age it will mature into a very nice cigar. There is a nice sour fruit quality present to the cigar and it has a nice sharp spice that is showing some pepper qualities with that. I am getting some leather and toast notes as well and this is a young but enjoyable cigar. The construction is absolutely terrific as well and it is showing an even burn line with a nice charcoal ash on the end. The draw is cool and it is producing a nice bit of smoke with each puff. The draw is cool and showing all of those strong flavors. I would classify the body as being full overall and the strength is right around that medium-full level. It is a fuller cigar and with the flavors is a cigar you conclude your day with, I like it. 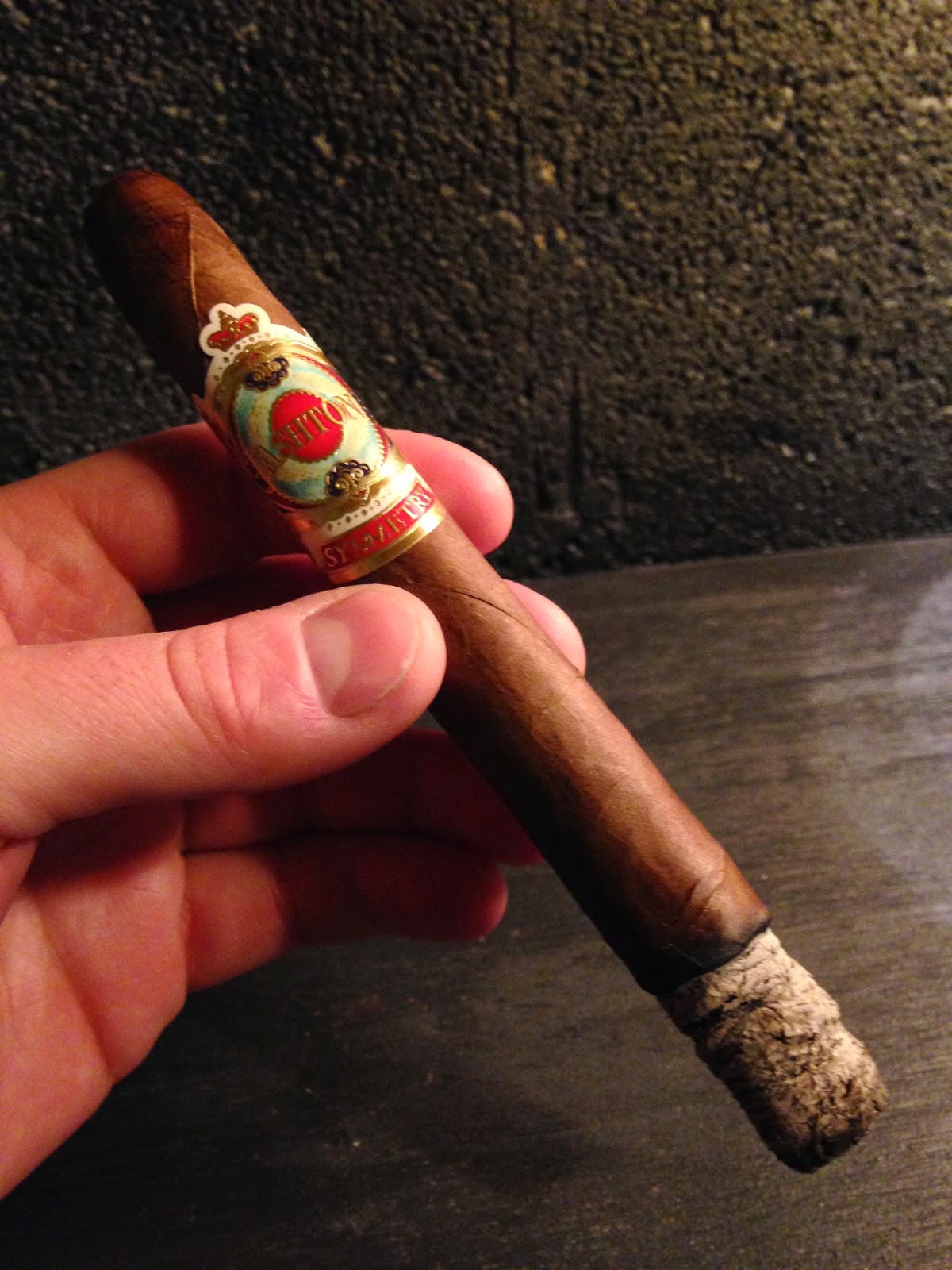 The second third shows a little bit of transitioning from the first third but overall it is fairly similar. I am getting this butter and popcorn kernel flavors, and it is pairing with those sour fruit notes. There are the touches of leather, spices and pepper present as well, and it has a nice mineral finish. It is still a young cigar, that is clear, but it is enjoyable and I know in six months to a year it will be even better. You will need to age these, smoke some now, but they need to age. The construction is top notch in this third as well and it has that even burn line with that soft charcoal coloring ash on the end. The ash is holding on firmly though and it is producing a nice bit of smoke on the draw. The draw is cool and it has a body and strength level at that medium full level. 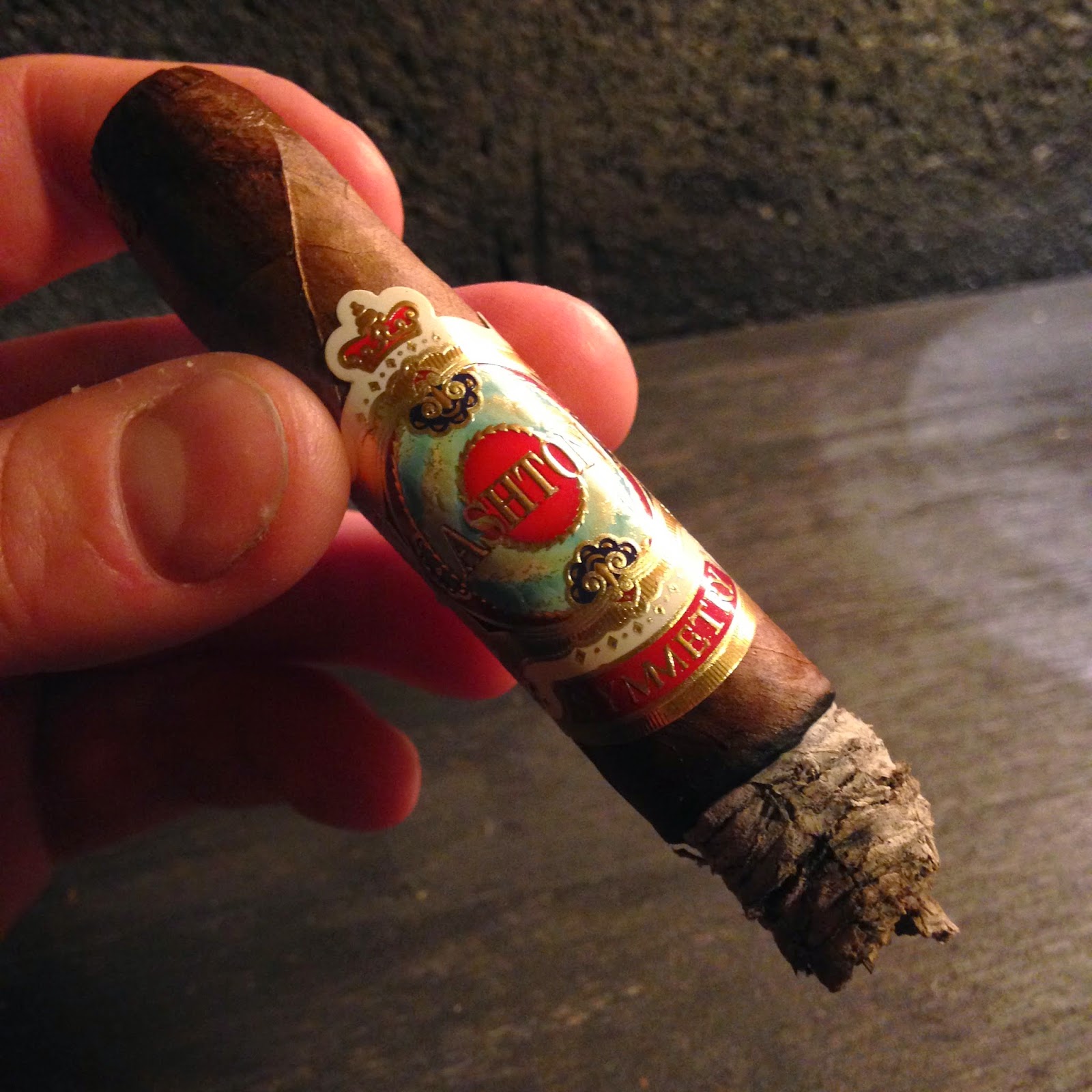 The final third shows a lot of similarities to that of the first third and it is giving off those sour fruit, leather, herbal, spice and pepper qualities. It is an enjoyable flavor profile, though a little sharp, and I believe will time it mellow out some and become much better. The flavor profile is not there yet, but I see the potential and look forward to smoking it in some months. The construction continues to be terrific and it is showing that even burn line with that nice light charcoal colored ash that is holding on firmly to the end. The draw is cool, producing a nice bit of smoke, and it is showing those solid flavors with a little bit of sharpness. It continues to smoke at a medium full level for strength and body, and it has a finish that is long and dominating on the palate. 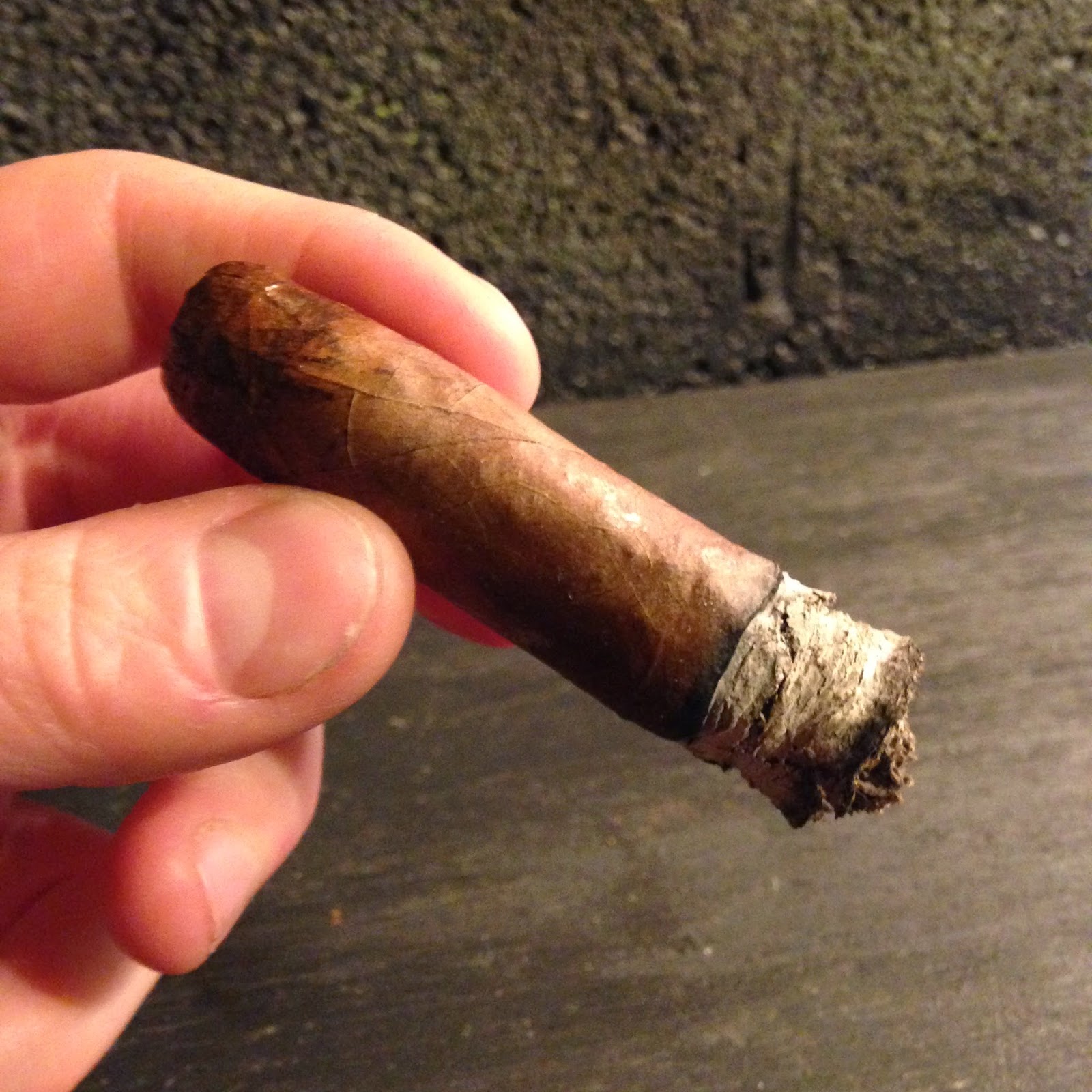 The Ashton Symmetry is not the best blend to come out of the Fuene's factory for the company, I think it is young still and will improve greatly, but the ESG is hard to beat overall. It is a nice addition to the Ashton brand however, and it is nice to see the company putting some focus back on the Ashton brand, and not focusing so much on San Cristobal or La Aroma de Cuba. I personally think that the My Father Cigar S.A. is in a slump right now, and Jaime is not giving out the best blends, so this was a nice change up for the company. I will say that there was a lot of hype and pressure on the Symmetry brand, so that always make things difficult, but overall I think this cigar will grow into the cigar that is a great cigar. I think when the flavors mature they will deliver a profile that is very entertaining and enjoyable, and one to my liking. Right now though, it needs to sit for at least six months and come together as a blend. I am giving this cigar an 88 right now, but it will get into the 90s with time. 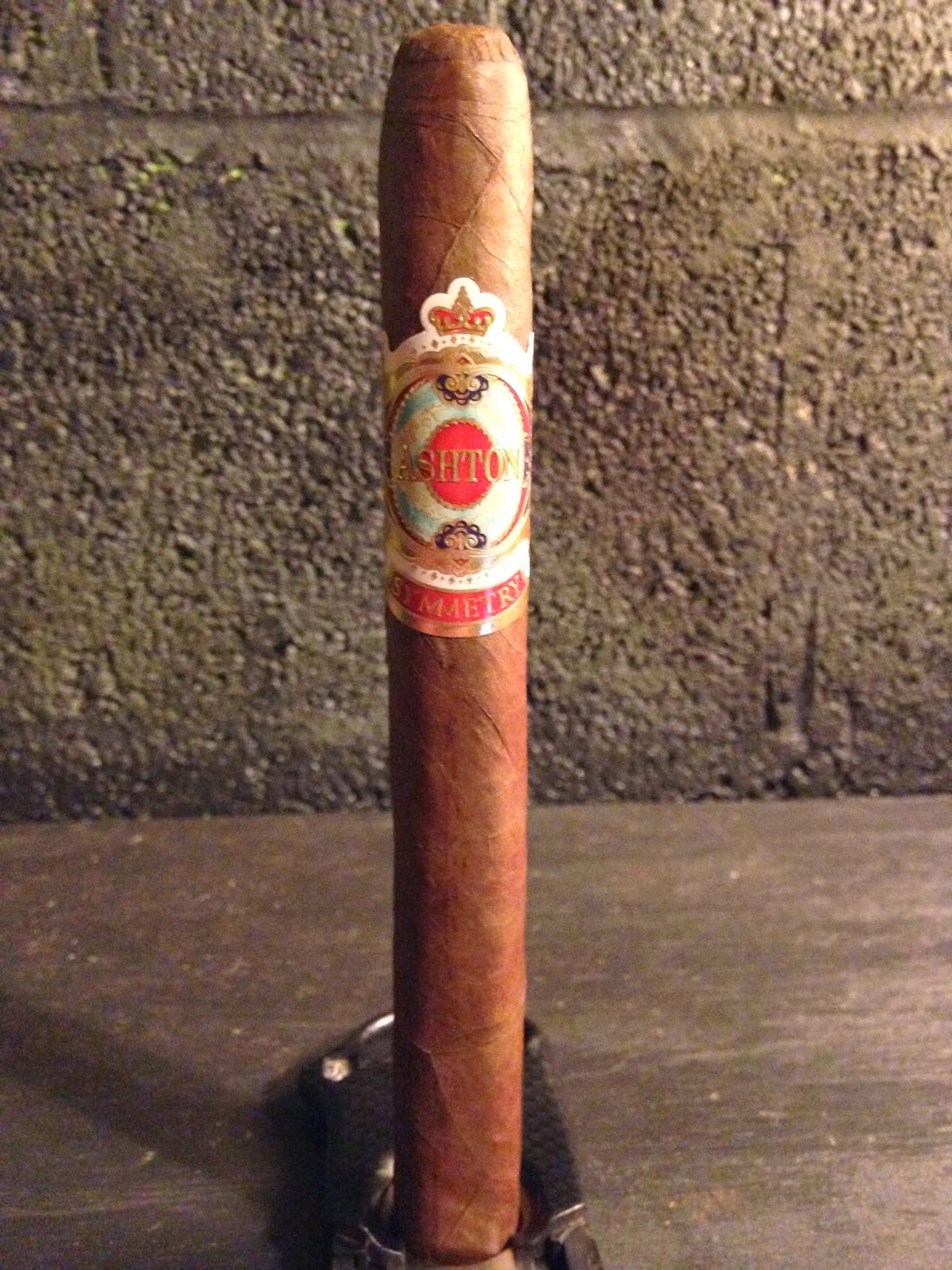