From Guayaberas to Suits: The Acquisition of Toraño Family Cigars by General Cigars 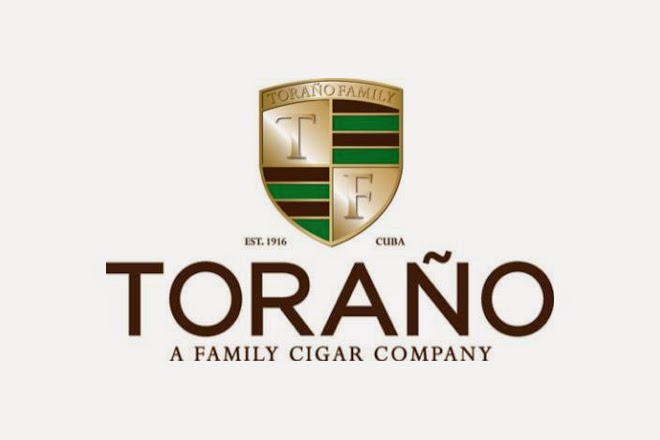 Just this week the cigar industry was shocked and awed about the acquisition of the Toraño Family Cigar brands by General Cigars. There are always rumors of small companies that will be taken in by these larger corporations, but when the news came out that General Cigars acquired the brands of Toraño Family Cigars, I was completely surprised. To this day I remember my first 1916 Cameroon, and I am going to be honest in saying that if I lit one up now, it would not be the same. There is something about this industry that projects a since of tradition and heritage that when an acquisition like this occurs, myself and others find it quite discomforting. This is an industry like no other, and it is an industry that really promotes the brick and mortar stores; stores that are run by families and not run in the corporation fashion. That is why when I see a family company, who promotes the sense of family and history, sell their brands to a large corporation, I ask myself "what?"


Our initial reaction as consumers is to be angry with these large companies and criticize them for their recent purchase of a smaller family run company. Yes there are emotions and people's jobs involved, but this is a business decision. Whatever the reason, and I am really looking for one, the two companies discussed and went through with this plan. Are these large corporations to blame though? Is it fair to punish General Cigars for acting like the corporation  that it is and making such business decisions? The answer is an easy no, and while I do not see this working out well for General Cigars and Toraño Family Cigars, it is a business decision that has been carried out by the two companies. General can't do a better job of promoting Toraño Family Cigars then Toraño, and I hope that they are smart enough to remove "a family cigar company" from the slogan as it is no longer a family company.

Looking at this decision from the other side, is it fair to be mad at these small companies that sell their brands, or some would say themselves, out to the highest bidder? Is it wrong for these small companies to think about their brands and their best interest? Is it wrong for these family companies to assess the situation currently in the cigar industry and make a business/corporation decision that is in the best interest of them from a business aspect? The business side of me says no to all of these questions, but it does not mean that on a deeper and emotional level I am unhappy with the current situation. Right now the cigar industry is under attack and in some cases we are circling the wagons, but I still find it difficult when some pioneers ditch the wagons and run for higher ground. While from a business aspect, the Toraño Family Cigar "wagon" is teaming up with another set and not leaving, the reality is that the pioneer who led that wagon has left and taken the word Family with him. Since 1916 the Toraño family has been in the industry, at different levels and in different countries over the years, but as of September 11th, 2020, that is no longer the case. You can keep the name, but that does not mean the family is still involved or this is a family company. It is what it is, and Toraño Family Cigars is no more.

No one likes to see businesses depart from an industry, and when we do see it happen we typically think the worst. As consumers we believe we are losing options in selection, companies checking one another in terms of pricing and also relationships with companies. This is very much the case with the cigar industry and no one can deny that it is easier to build connections with these smaller companies than the larger companies. These connections with smaller companies may not have been all of the time, but they were much more frequent than the larger corporations who did not need to build those relationships. As a country we love to see competition and in any area you will see that. Look around your city or town, how many burger places do you have? I can think of hundreds in my area and that ranges from the large corporate joints, smaller corporate places and even the local places that are different on so many levels. This is most definitely the case with the cigar industry, and wrapping up everything I have said so far, theories and concerns come to mind.

What this all boils down to is the level of discomfort in the industry that is already in place. If the FDA subject was not in place, not so big of a deal, but because of the FDA, this will be an acquisition that is discussed for some time. I know we are all wondering if we are going to see any more companies sell and get out of the business? There have been no other announcements of companies leaving, but the year is not over and the FDA has still not publicly announced their decision. I would not be surprised if we see more of these down the road in the next couple years. Is Toraño just the first of many to sell and get out while the industry is still doing well? They were a company that provided premium cigars at an affordable price. You did not see their sticks selling at a higher price level like some, and with the industry expecting the FDA to take actions to a certain degree regarding pricing, there is a possibility that they would not have survived the changes that will possibly be carried out by the FDA.

Toraño is nowhere near the smallest company, there are a lot of smaller companies out there, and I would not be surprised that if the going gets tough, these small companies begin to depart. The reality is that the market is flooded and it is only a matter of time before these boutique boys start killing each other. How much tobacco is really being grown? The larger companies right now are gaining more and more control, and with that control is factories, tobacco fields and placement in the humidors. At the end of the day, retailers are going to go with a company like General that can provide produce regularly, than go with a smaller company that has trouble shipping cigars and keeping up with the demand. There was a time when Toraño had factories and fields, but when they sold them they may have hurt themselves down the road. They may have been fine early on, but having your own factory and fields saves a lot of money. This whole discussion and reports leads to the question of boutique cigars and the smaller companies.

I will be honest with you, this past year has been a disappointment in terms of speaking up for our rights. I felt that a lot of the responsibility fell on the consumers, and a lot of that stems from the fact that manufacturers and retailers did not do enough in the early years to prevent this from happening. I have no problem standing up for my rights, but the words need to come from more than just consumers. Guns and alcohol understood that threat early on and that is why they are where they are. While I think a lot of the big manufacturers will be fine, these companies that have solid brands, the fear should be felt and shared by the boutique companies. All of these boutique companies need to be vocal and in my opinion they have done nothing or very little. They just keep throwing out these small batch releases and looking two feet ahead of them when they need to be looking 100 yards ahead. This

As I titled this piece, are we beginning to see the decline of tradition and heritage in the cigar industry? Is the old guard and their family leaving for good? I hate to say this, but I would be disappointed to see the industry become an industry of successful individuals who have very little history in tobacco and cigars, but merely entered into the industry because they were able to do it financially or with financial backers. I look at some other industries and see that family and tradition continue on, or are really emerging, and ask myself why is that not the case with this industry. Yes, you still have some families left who have been with us for a long time, but that number is small. Will outsiders who have entered into this industry because of their financial means be all that is left? Are the guayaberas being hung up in the closet and being replaced with three piece suits? Can we expect to see a handful of large companies control the industry and dominate the humidors of cigar shops across this nation? The positive side of me wants to say no, but the realist side in me says that things are moving in the direction that we have just seen, and no longer will companies like Toraño Family Cigar truly celebrate 100 years in the industry. Yes, General Cigars can promote that 100th year in 2016, but it will not have a Toraño family member present and/or a part of the project when it happens.