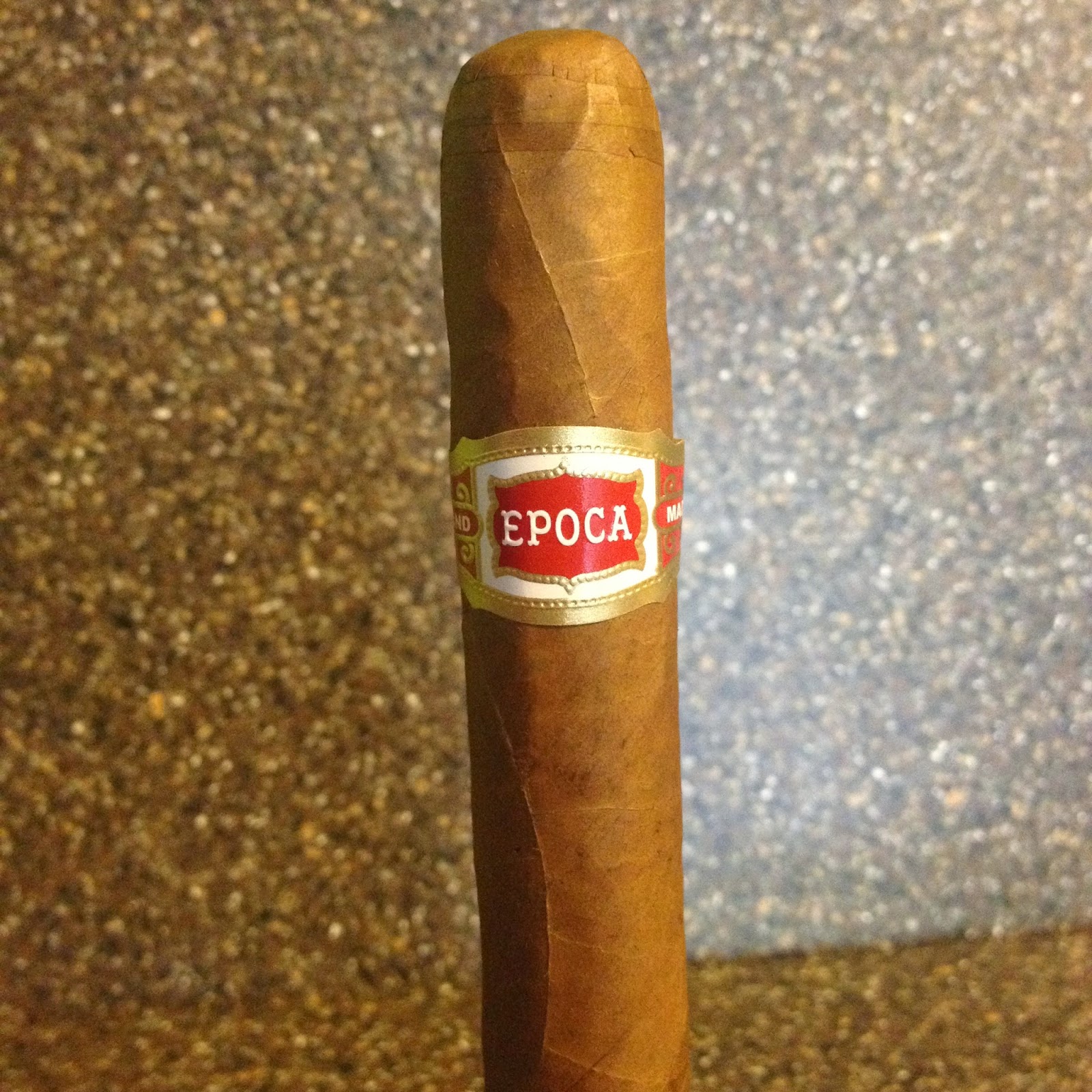 It has been a little over three years since Michael Herklots moved from Davidoff to Nat Sherman, and in that time he has done nothing but release incredible cigars that have resurrected the Nat Sherman brand. He is a man who works on several fronts for the company and does a great job, from an outside perspective that is, in all of them. He created several new faces for the company, always a positive thing to do, but this year the company decided to take a trip down memory lane and give us a piece of their history. Owned by Nat Sherman in 1929, Epoca was the first cigar brand for the company. The cigar marked their entrance into the cigar industry and at the time was Cuban handmade. Many years have past since then and while the brand went out of production, it was not forgotten by the company and was resurrected earlier this year. The company wanted to pay tribute to its roots this year, launching an anniversary cigar for Joel Sherman as well, and what better way to remember the past than to resurrect your first brand as a company. Today I look at the Nat Sherman Epoca Selection and see how the modern version is, 85 years after its creation.

For this review I chose the Prince vitola, and it is a toro measuring 6" with a 50 ring gauge. The wrapper on the cigar is Ecuadorian Connecticut and it has a Dominican binder underneath that. The filler is a blend of Nicaraguan and Dominican tobacco and this cigar is made in the Dominican Republic at Quesada Cigars. The wrapper on the Epoca just screams Cuban to me and it has this nice light Colorado almost Colorado Natural coloring to it. It is incredibly silky in texture and there are very few veins present throughout. The cigar features a nice triple cap and with the band this cigar comes off as a classic or vintage. I know Nat Sherman resurrected the line, but this cigar looks old and like an original. I love it! The cigar is firm in hand and it has an aroma on the wrapper of grass, barnyard and tobacco, and on the foot I am getting an aroma of hay, tobacco and wood. 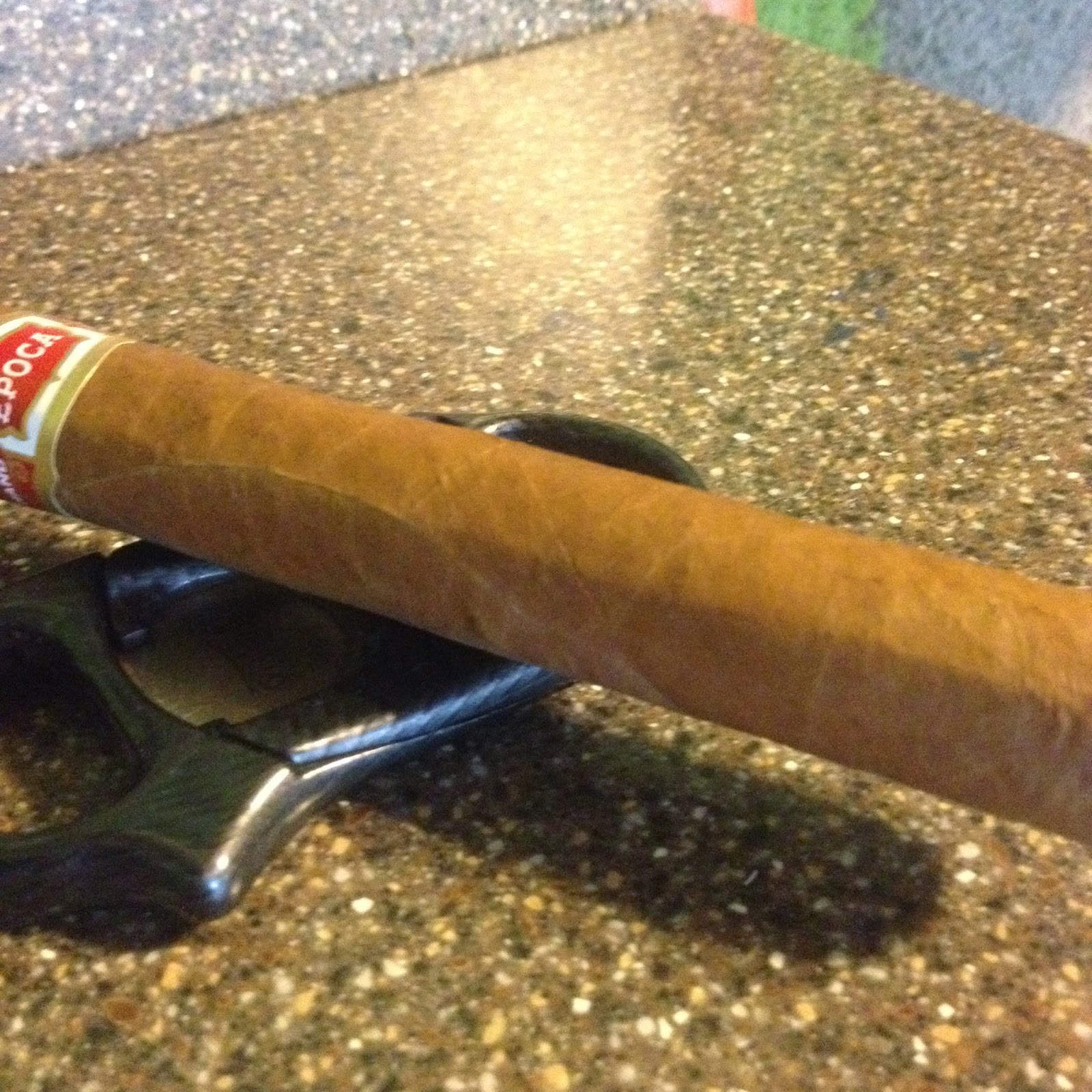 When I light up the cigar I am greeted by some great flavors and it is super smooth and enjoyable. There is a nice sweetness to the cigar, almost a natural sugar flavor profile, and it is paired with this great creaminess and it has a nice soft nutty quality with some cedar and hay notes as well. It is an enjoyable flavor profile that is not overly complex but very enjoyable and an easy smoke to have at any part of the day. The construction is top notch on the cigar and it is showing a razor sharp burn line with a firm charcoal ash on the end of the cigar. The draw is smooth and cool and this is a cigar to sit back and relax with. I would say the body is at a medium level, maybe a little bit less, and the strength is right there as well. So far this is an enjoyable cigar and I am really digging what it is offering me as the smoker. 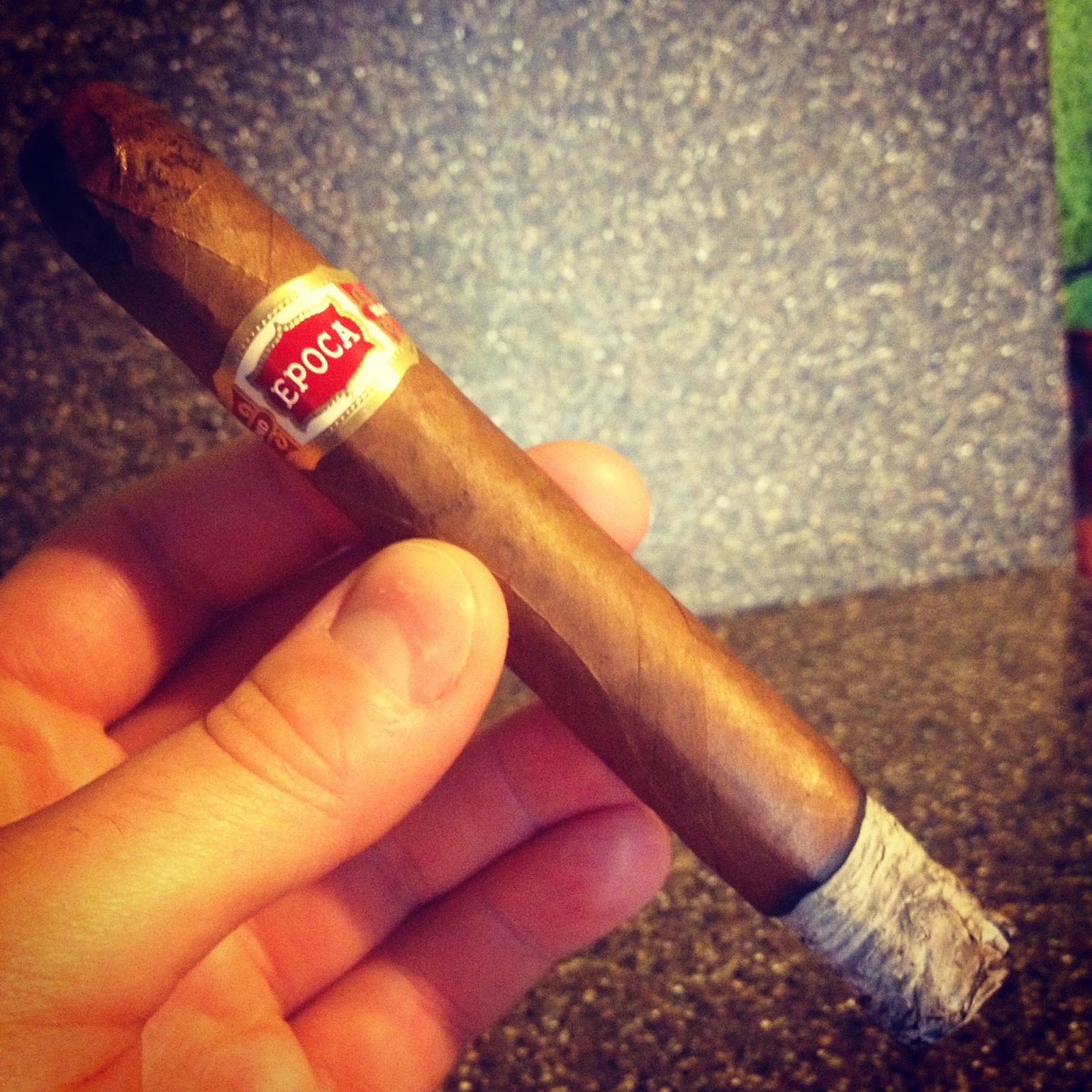 As I move into the second third of the cigar I find that the flavor profile remains fairly similar to that of the first third but I am getting some stronger sweeter notes with the stick. The hay and cedar notes are definitely present, and it has that nutty finish, but overall it is sweet and creamy and incredibly enjoyable. To me it is a cigar that is not as elegant or refined as the Timeless, but a very enjoyable smoke that so many could enjoy. I think it is just a great solid stick that is not over the top or underwhelming. Just perfect in the middle. The construction remains incredible with the cigar as well and it has that razor sharp burn line with that soft charcoal ash on the end of the cigar. The body and strength continue to smoke at a level right around medium and this is a cigar I could begin my day with or end my day with and never be disappointed. 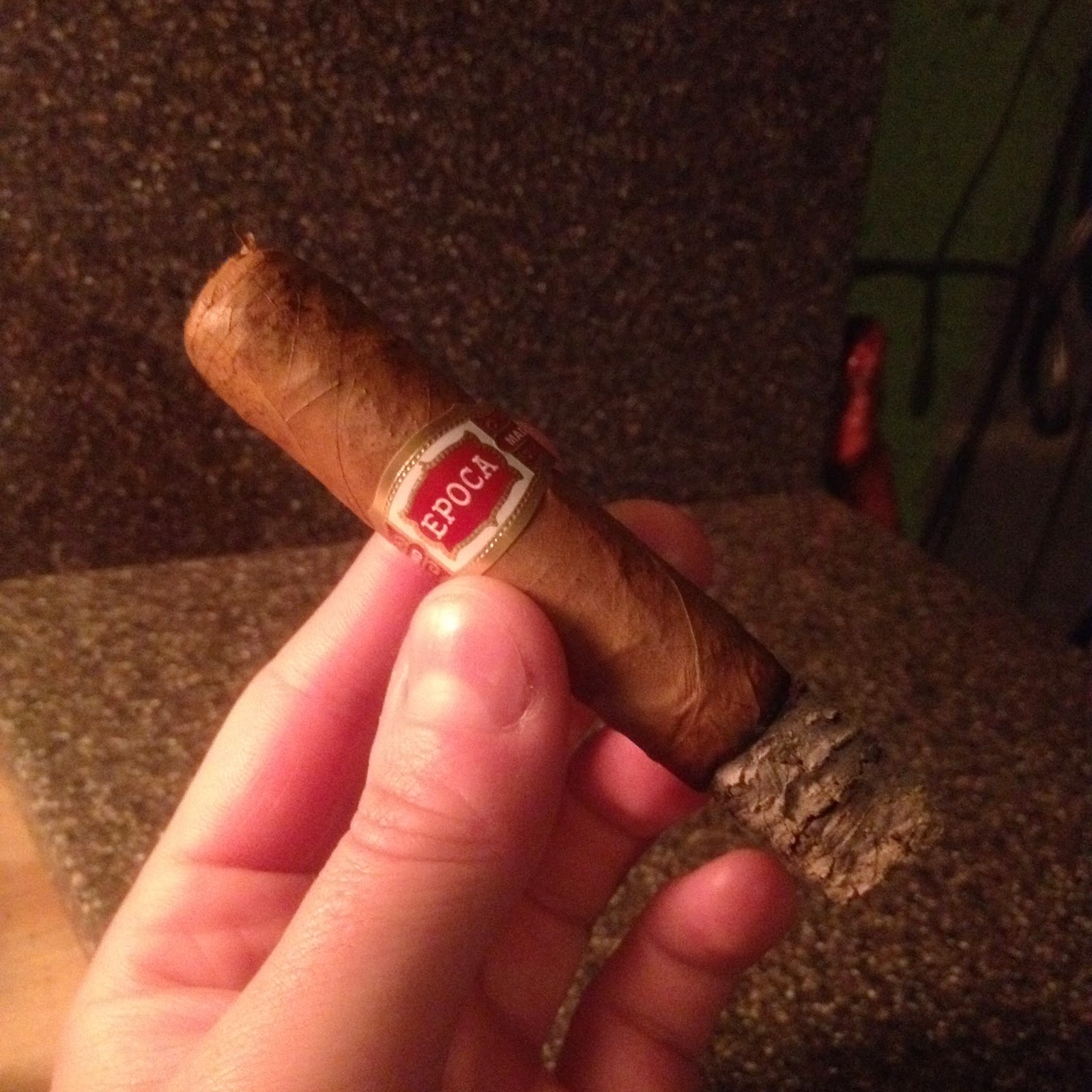 I am finding the final third to be very similar to that of the first third and it is showing some more natural flavors and not so much sweetness as was present in the second third. I am getting some faint coffee bean notes to the cigar and it compliments the cedar, cream and nutty qualities. There is a tobacco and soft leather flavor present on the finish, and it has a nice hay and sweetness with that. I don't even need to get into construction as this cigar has smoked wonderfully from beginning to end. The draw is cool all the way to the nub and the last draw is flavorful while I still have that light charcoal ash holding on firmly at the end of the cigar. The body and strength close at a medium level and while there is a slight increase as the cigar is closing, it is still easy and a cigar that does not push you. 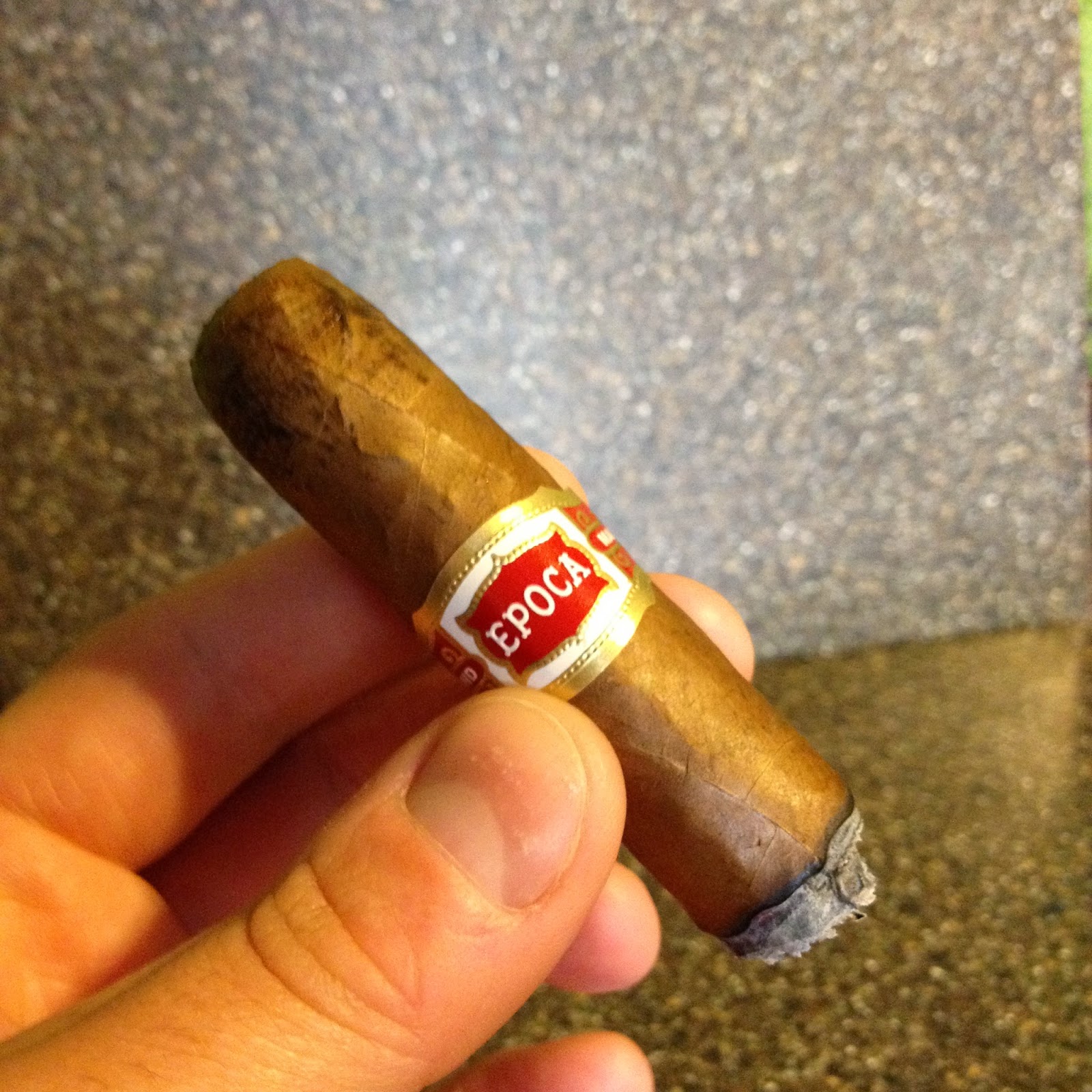 I really love this new offering from Nat Sherman and I find it to be my favorite smoke they have released yet. There is something about the cigar that is just a classic flavor profile. It is a new cigar to the market, at least to us in the since of the blend, but it has this old flavor profile vibe to it that I really love. It really comes off like they blended the cigar to be like the original Epocas. The Ecuadorian Connecticut does well with the blend, and it shows those great Dominican and Nicaraguan qualities. I think some will either love this cigar or not care for it, there is very little middle ground, but I am one that really loves it and would smoke it back to back all day. This is a box worthy cigar in my opinion and it is something that never gets tiring. It is not mind blowing or overly complex, but just solid and enjoyable. Try this one out and see what you think. You may love it, you may not, but you can not deny that it is a well made and solid stick that some smokers out there will really enjoy. I am giving this cigar a 91 rating. 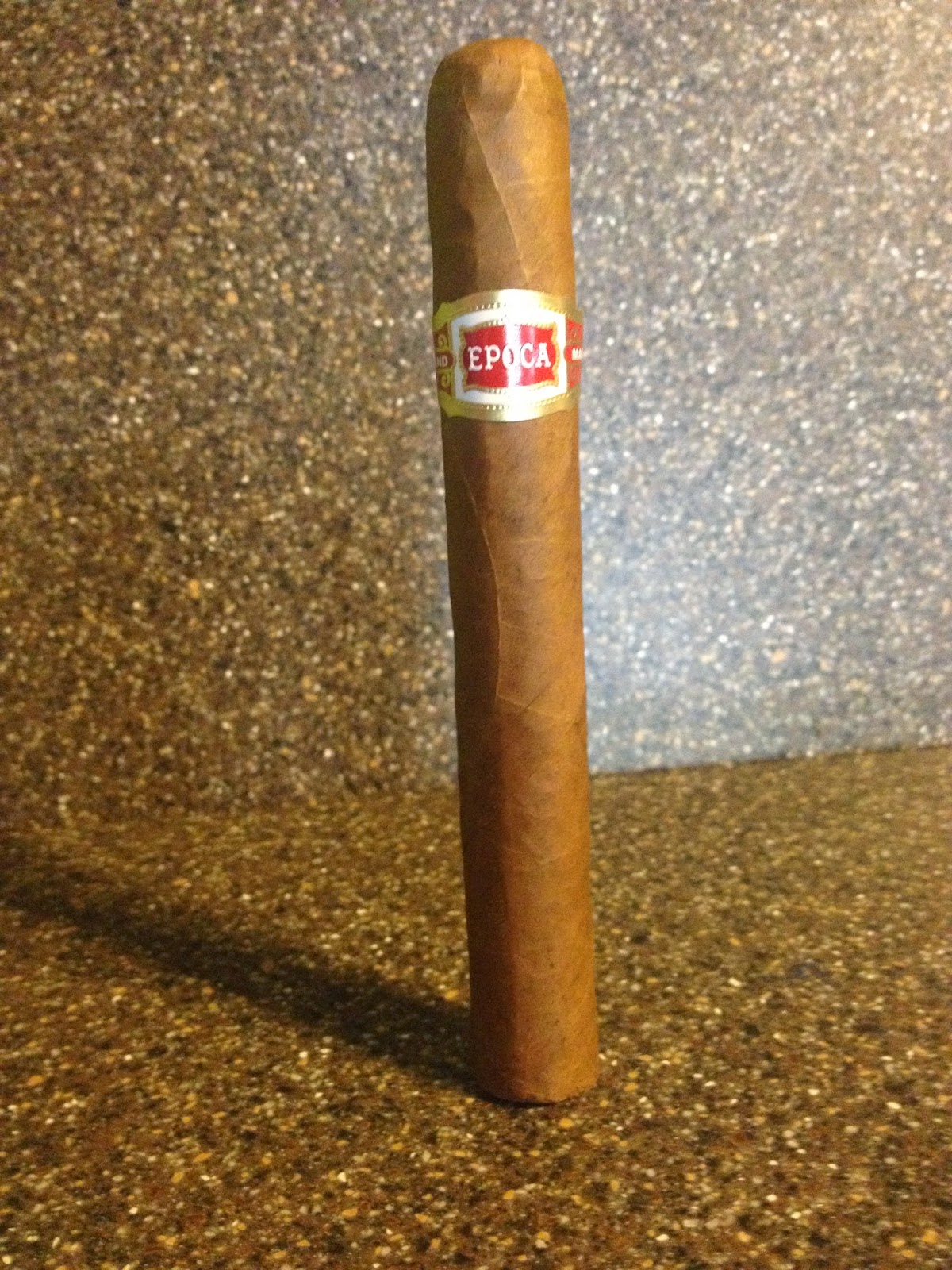