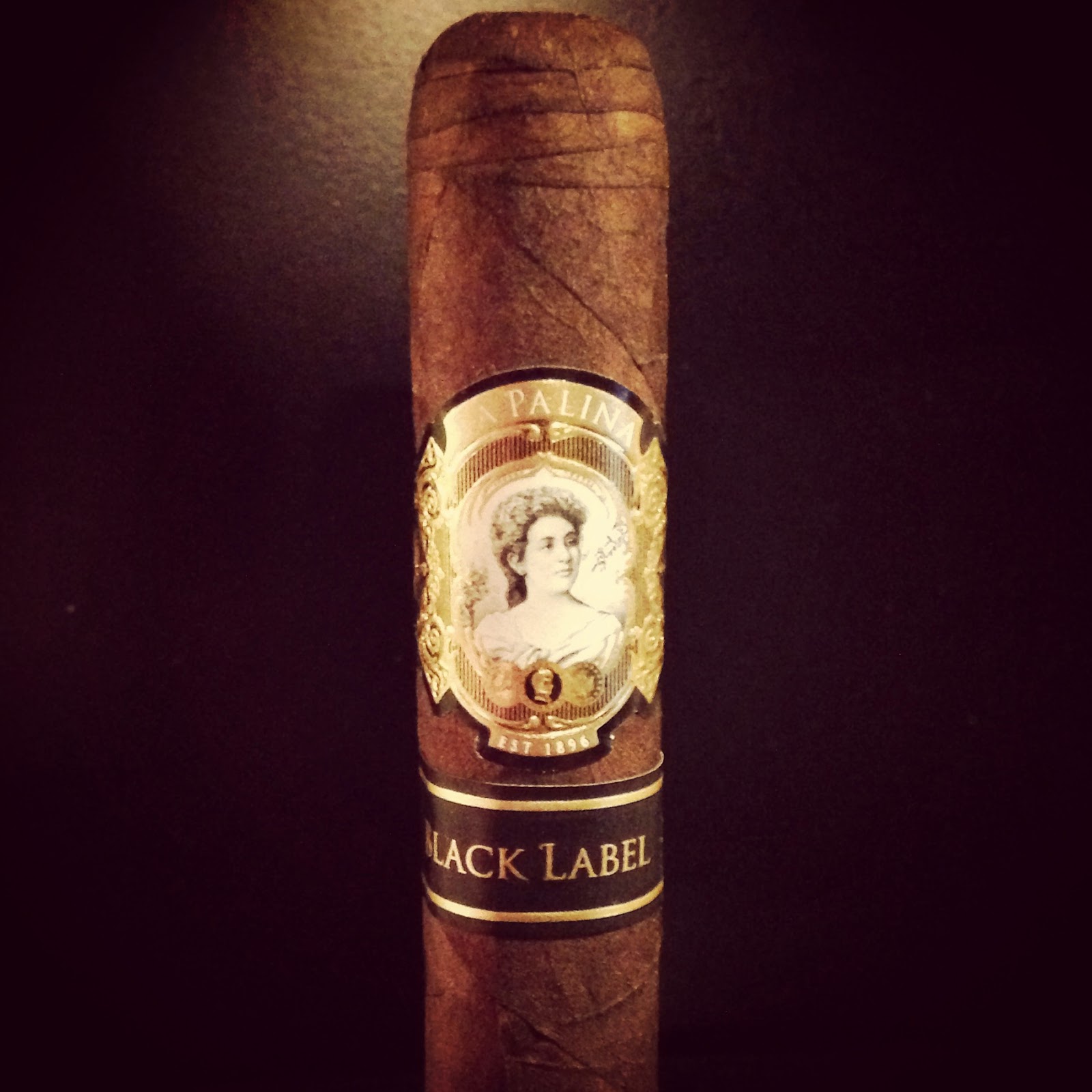 Showcased at this year's IPCPR, the Black Label is the newest release from La Palina. This marks the second cigar to come out of PDR Cigars, and it is crafted to be a strong La Palina. The company has stated that this was intended to be the strongest release they have had to date, but with the strength they would not budge on losing quality flavors being delivered. There are a lot of strong cigars out there, but with the strength I find they lose necessary flavors to make the cigar truly great. La Palina is striving to continue what they have done thus far as a company and produce not just a flavorful cigar, but a cigar that can carry the La Palina name. I think the Classic was a smart release from the company, and while it did well in some ratings, I felt that the company had better releases from other partnerships. With that said, let us look at the new La Palina Black Label.

The second release from PDR Cigars, the Black Label features a wrapper from Brazil like the Classic, but this time around they are using a Brazilian Bahiano wrapper. Underneath that is a double binder, Dominican and Nicaraguan, and under that is a blend of Nicaraguan and Dominican tobacco. For this review I was given the robusto vitola and it measures 5" with a 52 ring gauge. The Black Label features a rough wrapper that is very milk chocolate in coloring. The triple cap at the top is wonderful and incredibly noticeable on the cigar. The secondary Black Label band really looks great on the cigar and the black borders around the traditional La Palina band looks great. The wrapper has a hide like character and there are some veins noticed throughout the cigar. The aroma on the wrapper is that of spices, leather, wood and bread, and on the foot I am getting some rich fruit and earthy notes. 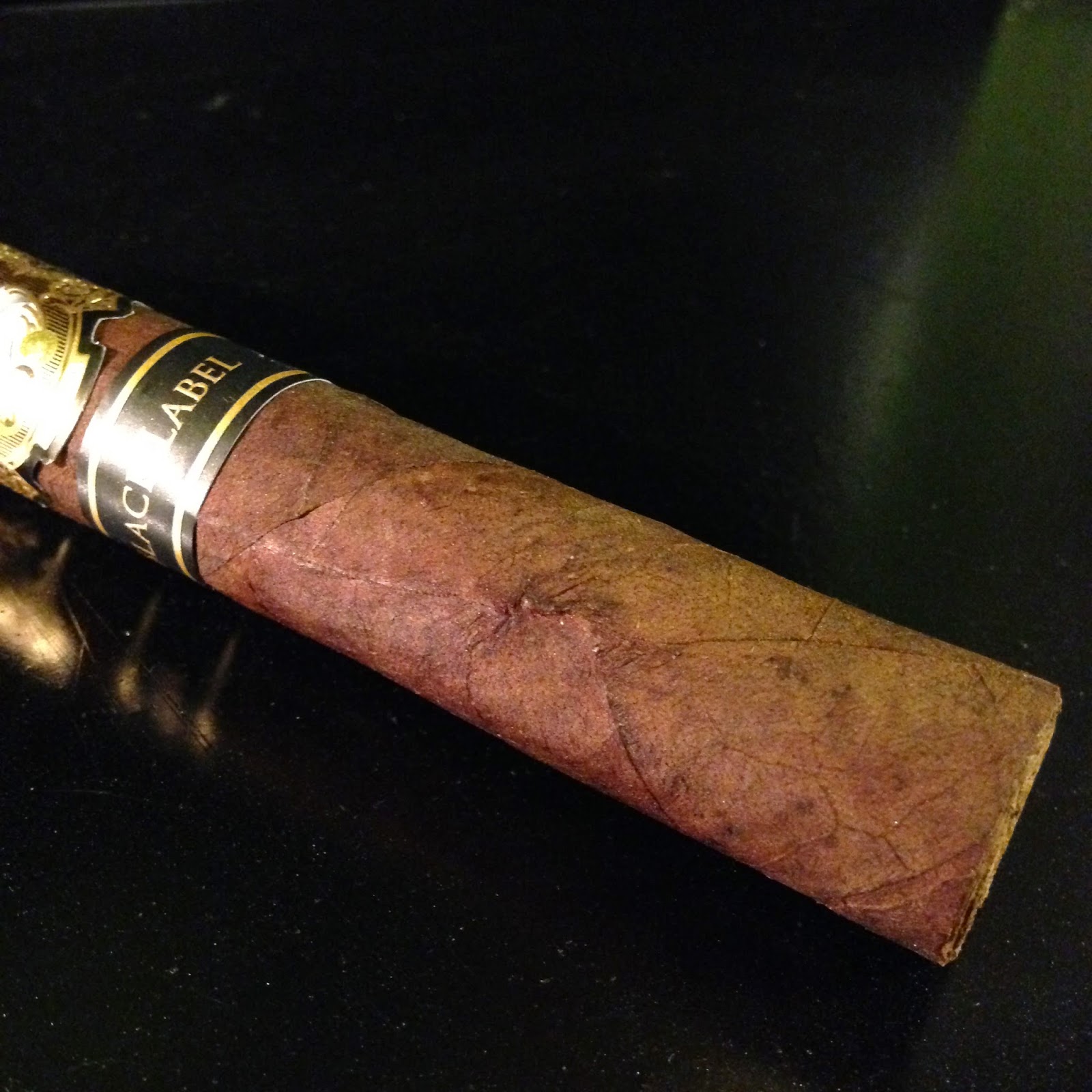 From the get go, the Black Label delivers some noticeable strength and some  noticeable body on the cigar as well. It is easily the strongest La Palina I have had, but it is still delivering some solid flavors with those traits. I am picking up strong leather notes and some definite spice, anise and pepper qualities with that. There are some fruity notes as well, and it has a sour fruit flavor rather than a stone fruit or berry quality. The finish is that of earth and unsweetened dark cocoa, and it is a nice evening cigar. The construction is fairly solid overall and it has a slightly uneven burn line with a charcoal ash that is flaky and showing some darker colors as well. The draw is cool, not too tight either, and it is producing a nice bit of smoke with that. The finish is long on the cigar and remains on the palate lingering and showing its characteristics. 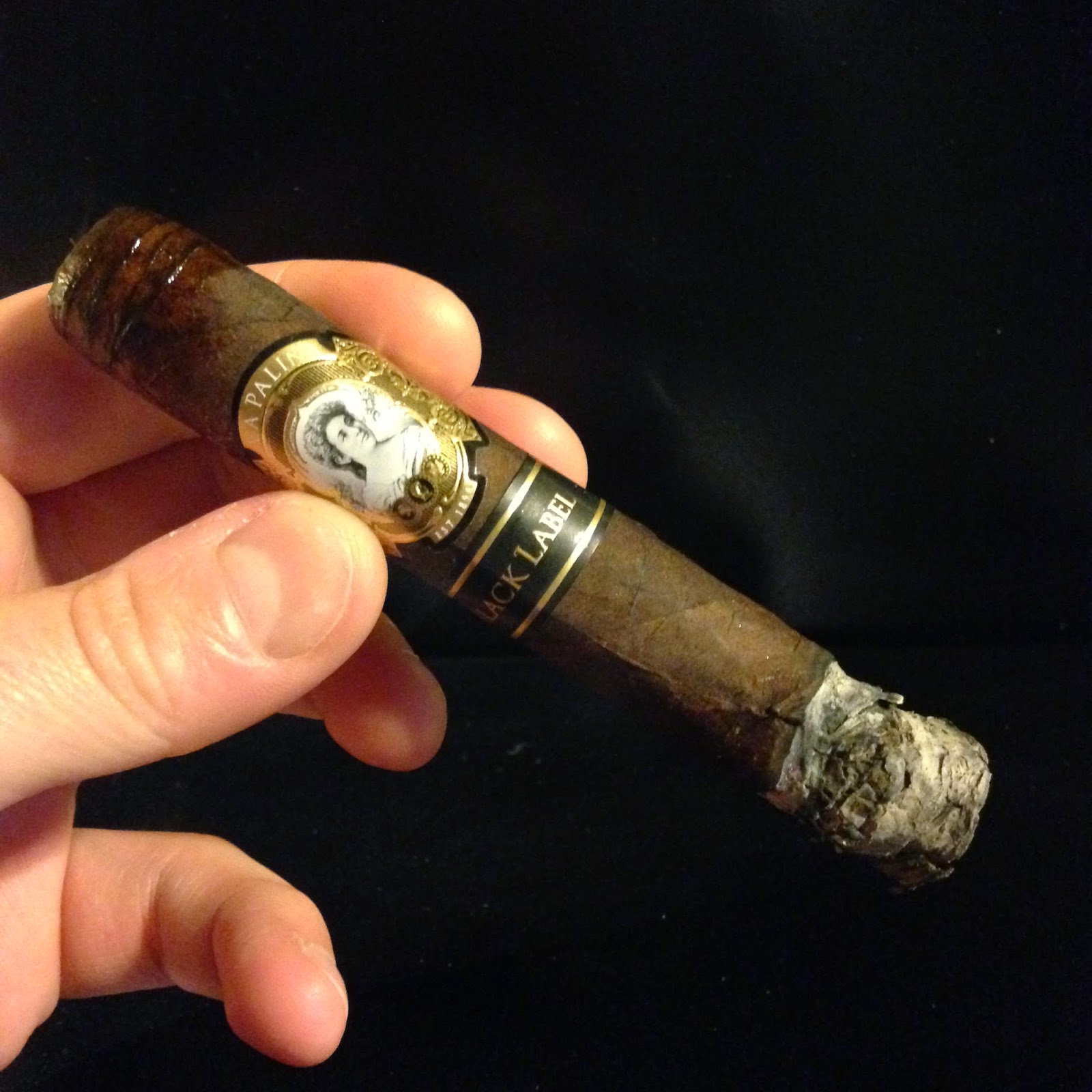 When I get into the second third the flavors continue to make themselves present, and they are delivering those nice spice, cinnamon, anise and pepper notes. There is some noticeable chewy leather qualities, and it has some earth notes present as well. The fruit and cocoa notes are still present like they were in the first third, but they are much softer now and not as in your face as they were from the first third. In terms of body and strength, this cigar is still on the fuller side of the scale and it is an evening cigar for me. I could smoke it in the afternoon, but it has a profile that lingers on the palate and makes for a cigar that you end the day with. The construction improves greatly in this third and I am beginning to see a even burn line with that charcoal ash holding on firmly at the end. The draw is cool as well, and it is producing a nice bit of smoke with each puff.

I am in the final third of the cigar now and the flavors are really popping now. I am getting an abundance of spice notes and the cinnamon, black pepper and anise notes are quite powerful. It is accompanied by some earth and cocoa notes, and there is a subtle fruitiness that follows that and makes the whole experience more complex. I am picking up faint leather notes as well, and it has an oaky finish to complete the picture. The construction continues off of the improvement from the second third and I am getting an even burn line to the cigar with that charcoal ash on the end. The ash holds on firmly and it is giving off a lot of smoke with a cool draw. While the flavors had been great throughout, the construction is what really improved for the better. The strength and body were at an easy full level in the final third and it is a great cigar to end the day with. 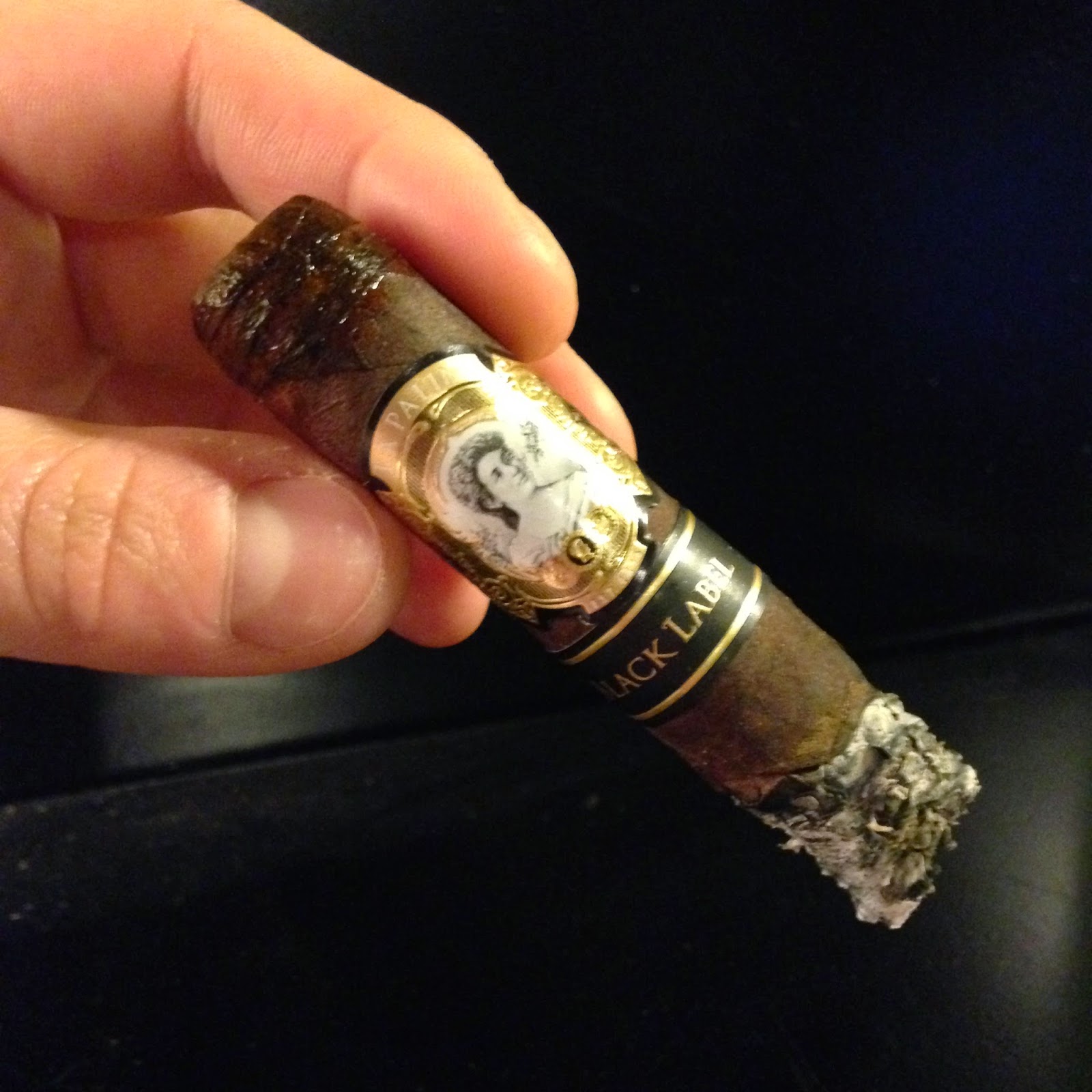 I have been a fan of La Palina since the company came about. I remember when they were only having cigars made in the Bahamas and became what they are today. I think their partnership with PDR and the creation of the Classic made them more visible as a company, but I believe with that partnership they lowered the brand value. It is not that the Classic is a terrible cigar, but it is a cigar that was not what I expected from La Palina over the years. I am pleased to say though, that my concerns with them working with PDR have gone out the window with the Black Label. This is a strong cigar, La Palina did a great job with that, but they also did a great job in keeping the cigar flavorful and not sacrificing any flavors for strength. This is a new release that I look forward to smoking more of down the road, and also keeping some in my humidor for when I want some kick to my La Palina crave. I am giving this cigar a solid 92 rating and pleased to see La Palina have another successful release. 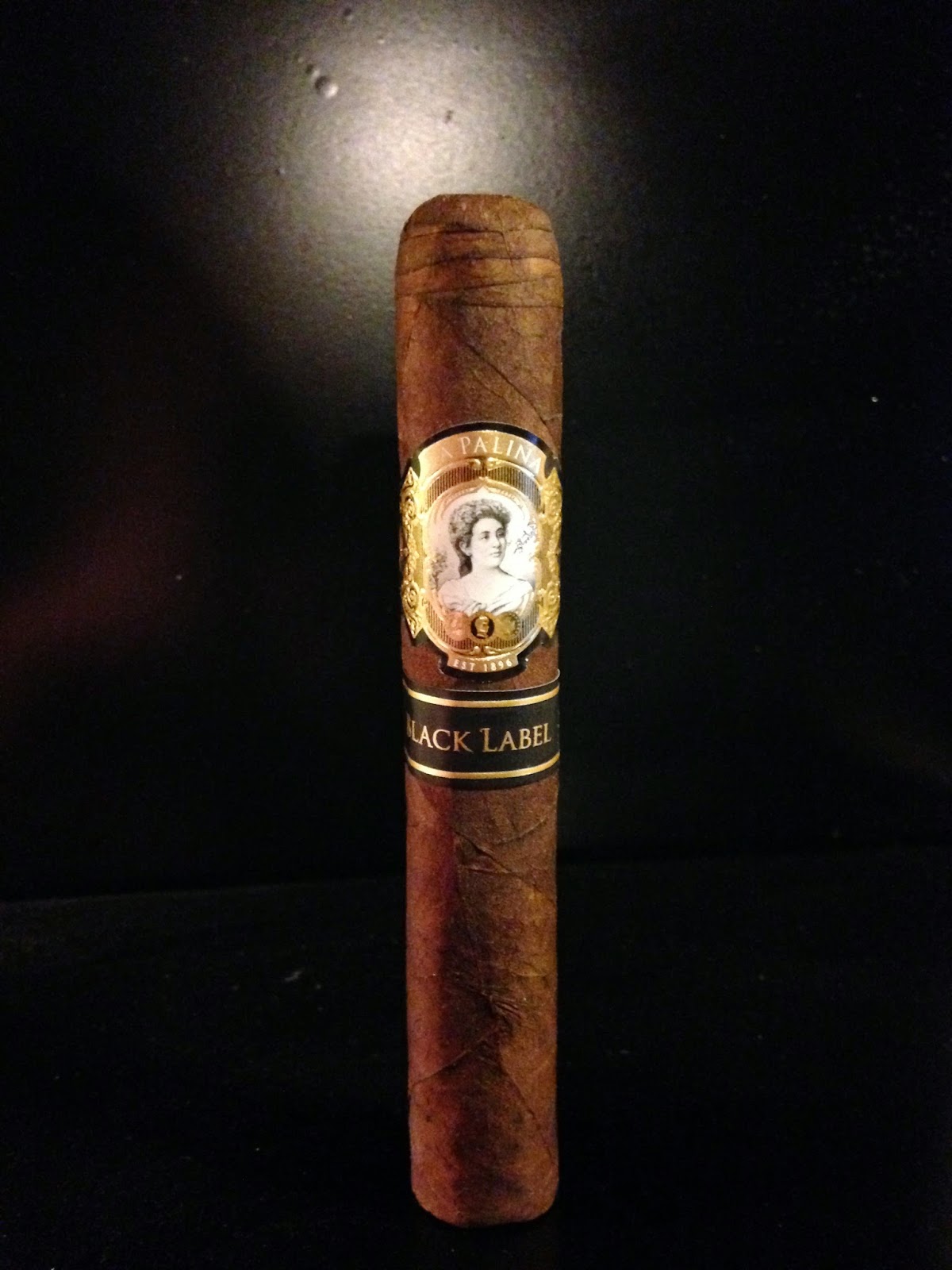