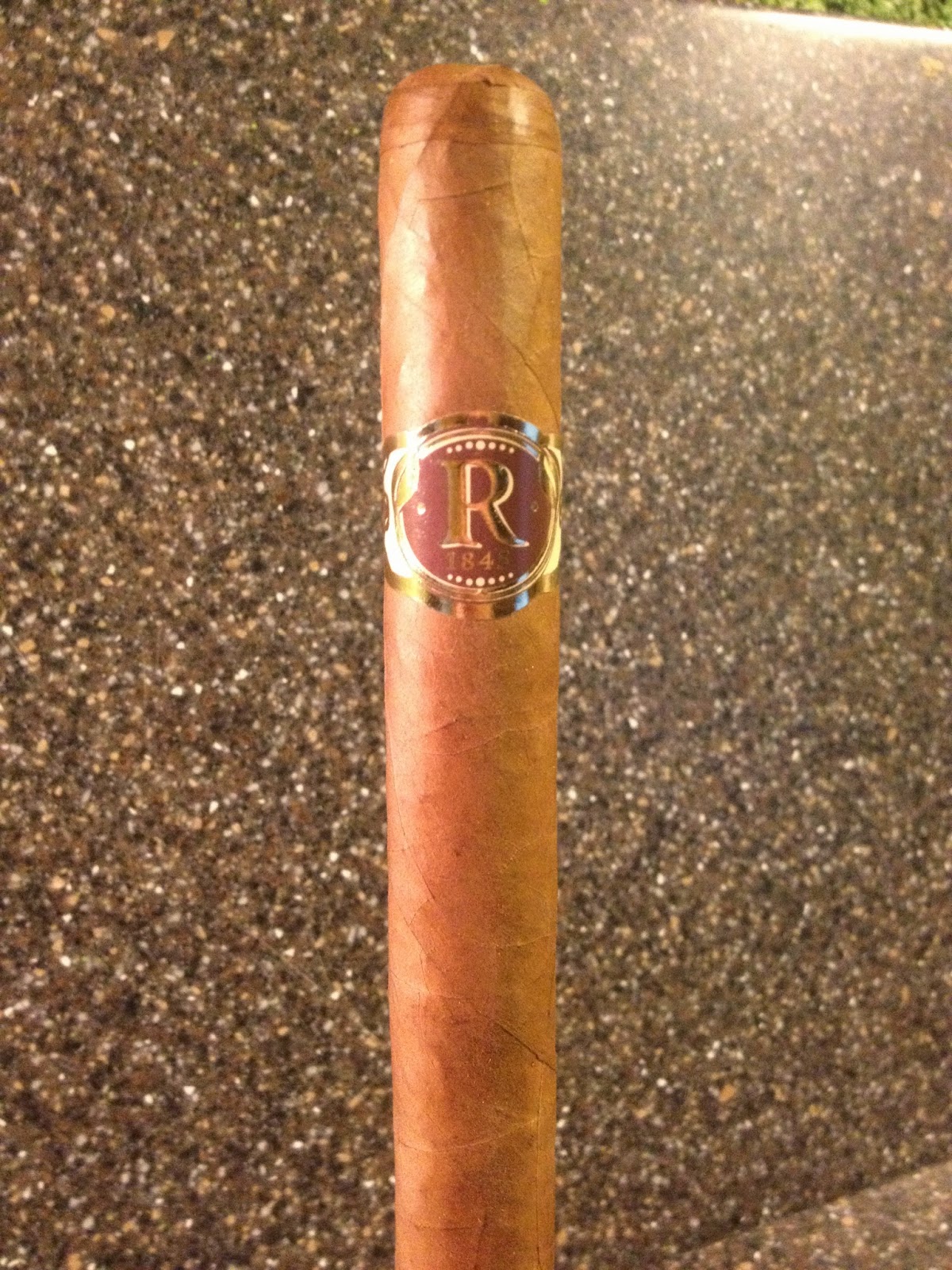 When it comes to the double corona, Habanos knows what it's doing. I wish I could say the same for the American market, but overall they fail in making the size. Habanos can make a two plus hour smoke wonderful, and deliver everything that it needs to deliver from beginning to end. There are very few smokes in the United States that are true double coronas, and the ones that are there are no where near as good as these smokes. The cigars typically lack in complexity and the other important aspects in a big cigar. I think there is a reason there are not many in the United States, and that reason is that there is no point in competing with Habanos S.A. When you think of double coronas by Habanos though, there are a few that come to mind and a few that are forgotten. Hoyo, Partagás and Ramón Allones are the most well known brands with double coronas, but one brand that does not get as much attention, and is a great brand that Catfish has brought back to my radar, is the Vegas Robaina brand. In circulation since 1997, this is a brand that for 17 years has had some winning smoked. Today I look at one of these Habanos, and look at a Habano that has seven years of age on it. The Vegas Robaina Don Alejandro.


Like all Vegas Robaina productions, the Don Alejandro is an original release and has been on the market since 1997. It is a double corona/prominentes in nature and measures 7.6" in length with a ring gauge of 49. All tobacco hails from Vuelta Abajo, and I have been told the wrapper applied is the only tobacco that actually comes from the Robaina vegas. The double corona is beautiful in hand and very firm. There are some small veins throughout the Habano and it has a nice silky texture overall. I would say the coloring is that of light Colorado, maybe even Natural, and it is nice against the classic band. There is a solid triple cap placed on the cigar and the wrapper is producing an aroma that shows hints of leather, tobacco, hay cedar and spices. The foot has a lovely aroma of spices as well and it is earthy too. There is a perfect cold draw and I am ready to light this large Habano up. 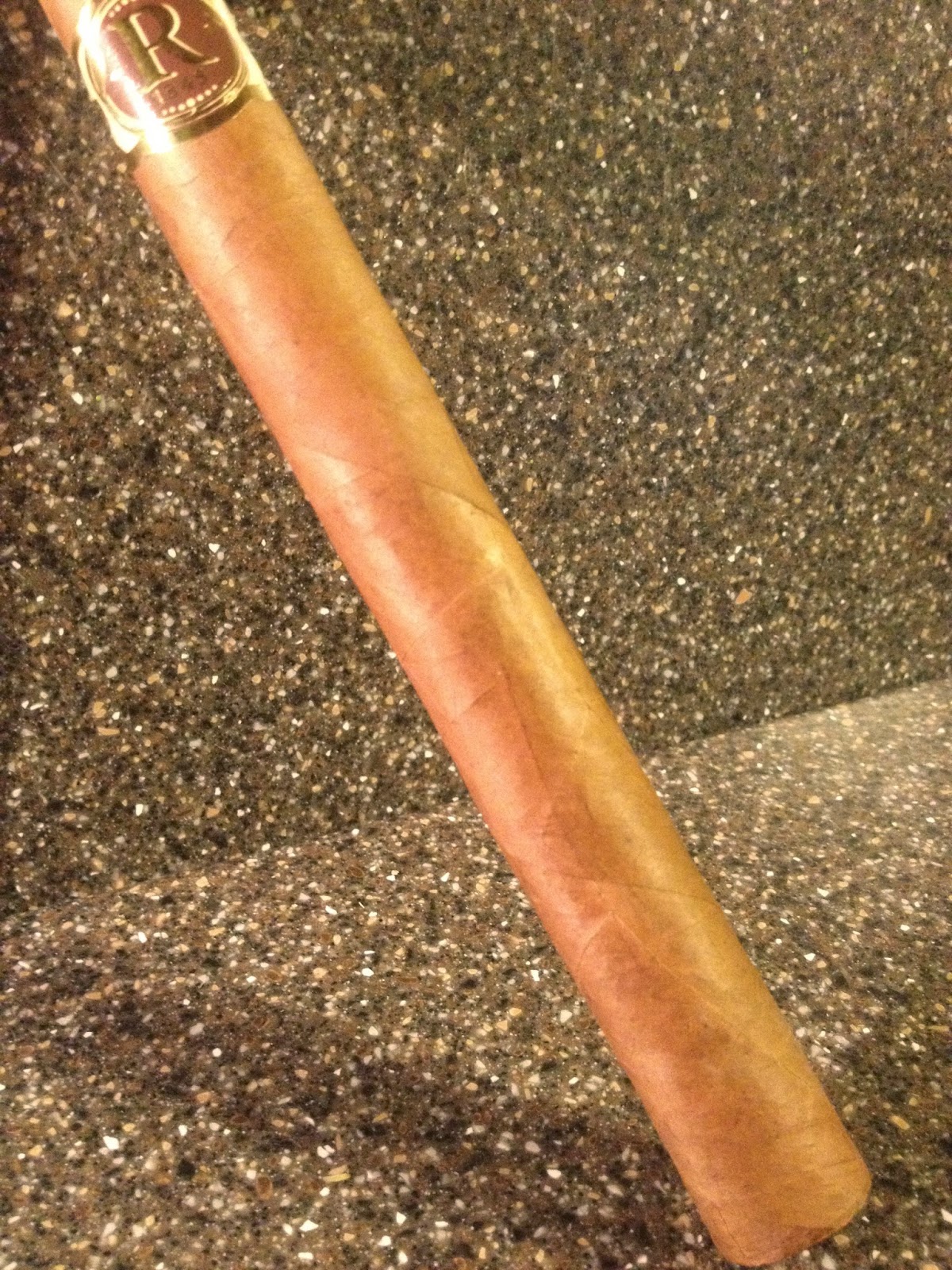 The first third begins by showing some lovely spice notes and it has some pepper qualities here and there. I am picking up some other subtle spices, but the pepper qualities are dominant.  There is some depth present as well and it is showing some citrus and light stone fruit notes. I am picking up some coffee and cream qualities as well and it has a finish of cedar and tobacco. I would say that the strength of the cigar is at a medium level and it is a flavored focus stick. The body is right at that level as well and this is a smoke that is great in the morning, afternoon or evening. The construction is absolutely perfect and it is showing a razor sharp burn line with a charcoal ash that is holding on fairly well. The draw is cool on the cigar and it is producing a lovely amount of smoke that comes off of it wonderfully. 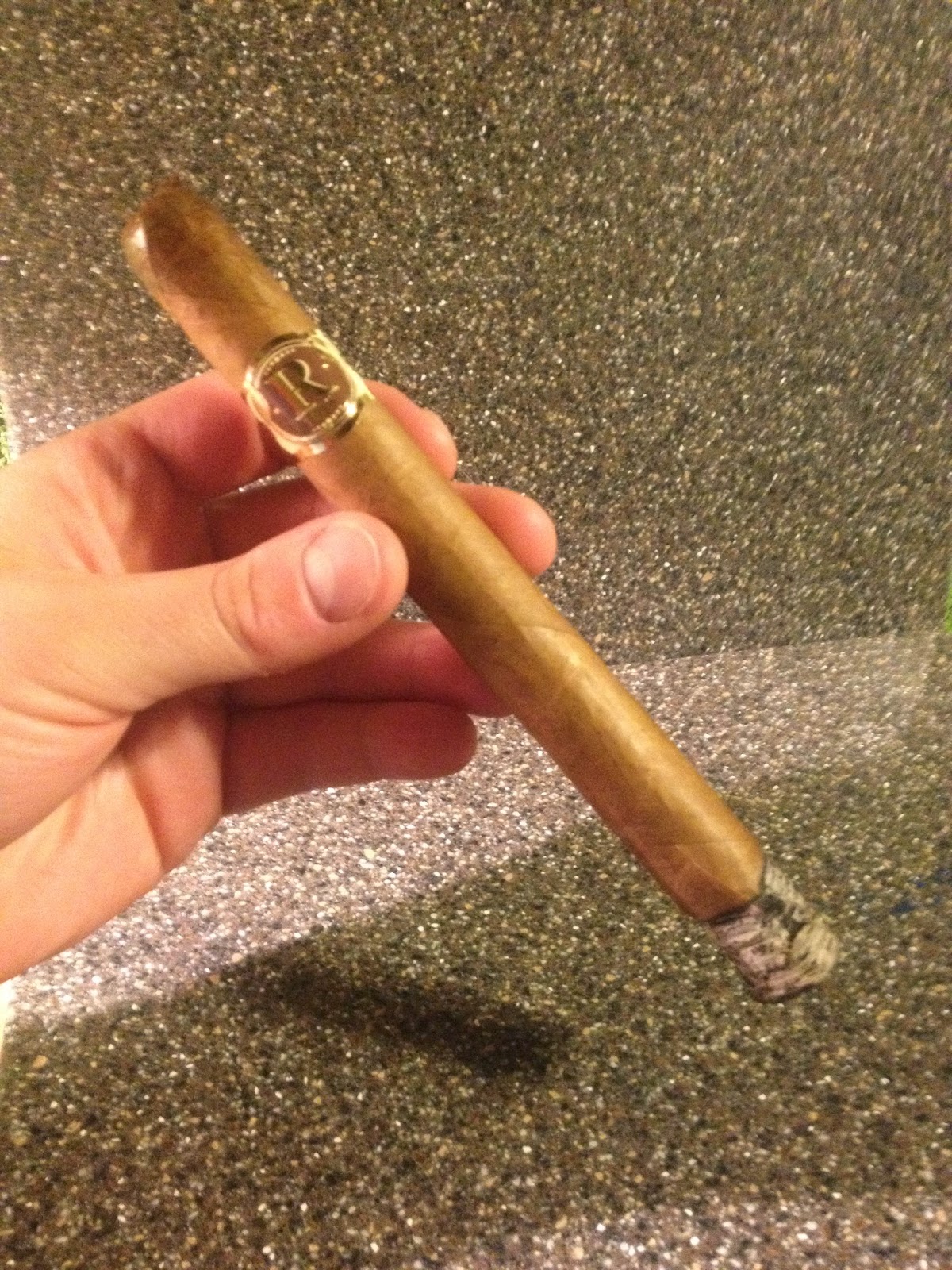 I am in the second third of the cigar now and I am finding that it is increasing in body and strength. The flavors are getting bolder as well and the transitioning is perfect. The spice and pepper notes are still very prominent, but I am picking up some nice citrus qualities along with that. There are bits of tobacco, hay, toast and nuts present as well, and it has a finish of coffee and soft cocoa powder. This is a very flavorful double corona and this is how they should be made. They should have depth and show transitioning from start to finish. The construction remains perfect in this third and it is producing a razor sharp burn line, a lovely charcoal ash and a cool draw with that. I would say that it is between medium and medium full in this third in both strength and body, and I love this stick. 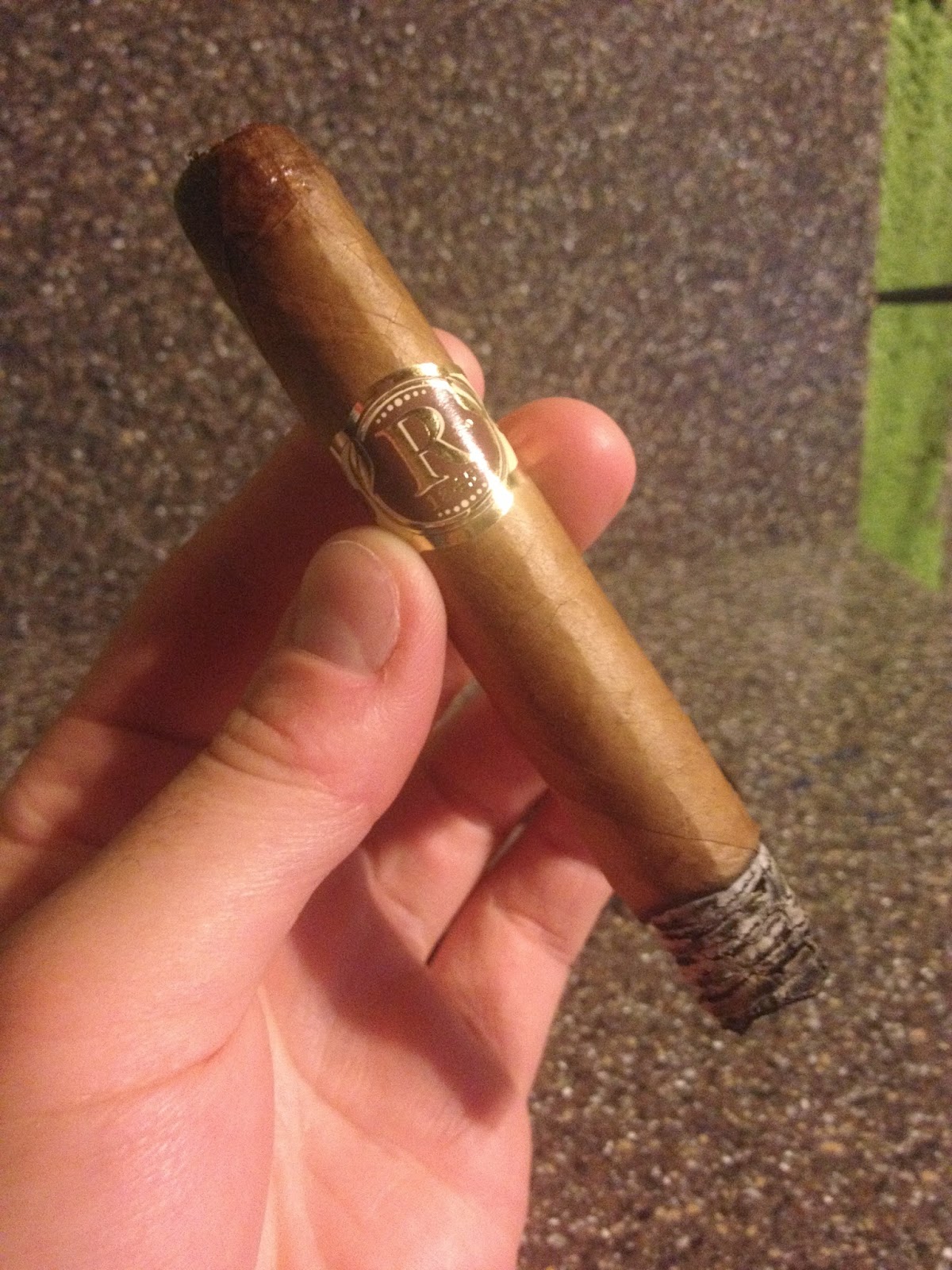 When I get into the final third, the smoke is continuing to grow in all manners and it is finishing wonderfully. The spice and citrus notes are really pairing wonderfully with each other in this third and it is accompanied by some nice sour notes that really make the finishing terrific. It is still showing those tobacco, hay and toast notes as well, and it has a cafe mocha finish that is very enjoyable. Overall, this is a complex cigar and you can tell that age has done some great things to it. The body and strength continue to smoke at a medium full level and it is a perfect level for the flavors. If it was lighter, it would not show the wonderful qualities of the flavors, and if it was too strong it would steal the spotlight. The construction remains perfect in the final third and it has an even burn line with a nice firm brown charcoal ash on the end. The draw is cool and flavorful, and I smoke it down the nub enjoying every second. 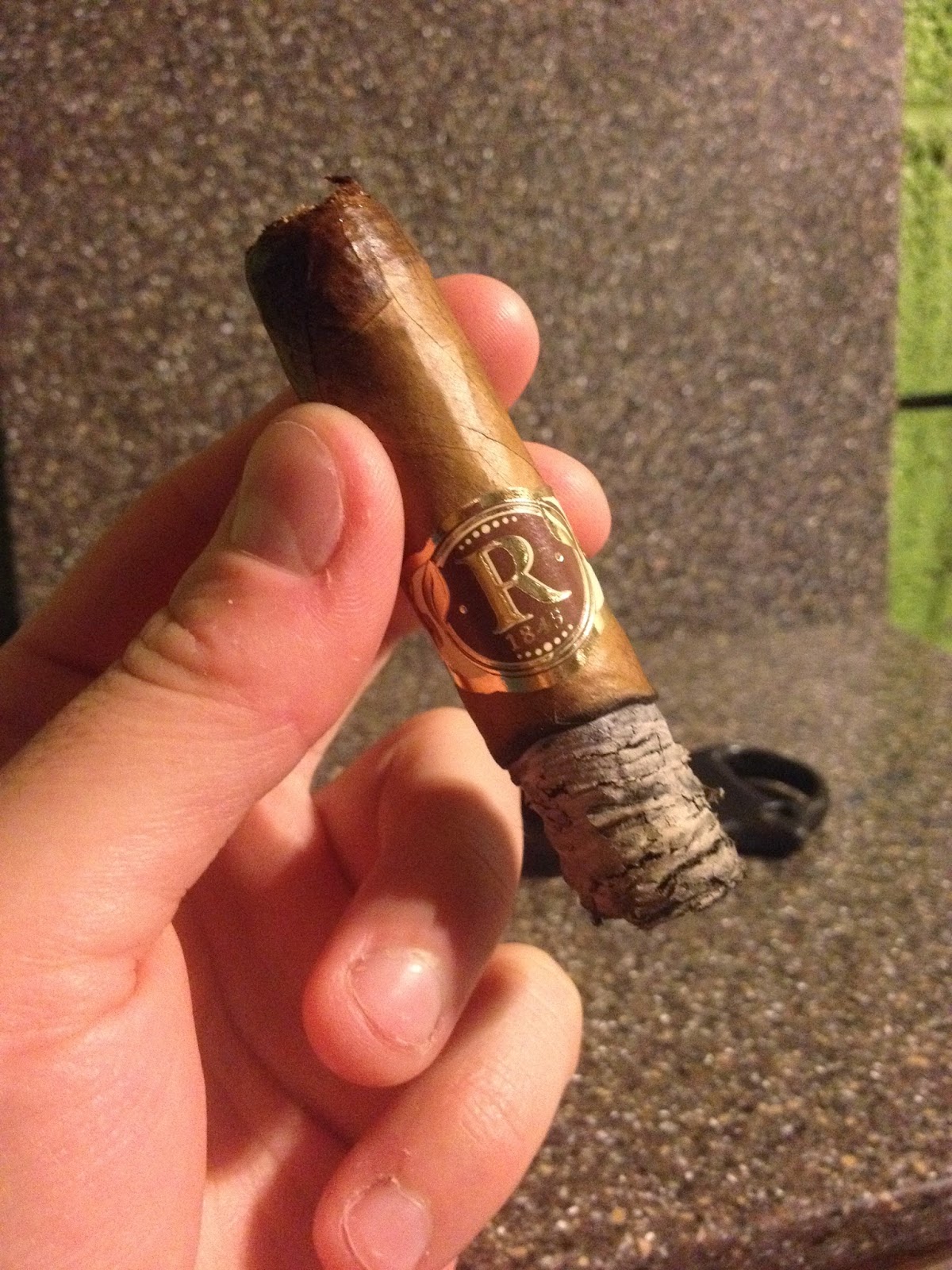 The Don Alejando is a double corona I have never given much time, but with the amount of age given to this cigar, and everything it delivered, it is a cigar I would invest in. It is double corona that is constructed perfectly and produces a wonderful draw and amazing burn line from start to finish. At no point in this massive cigar did I have to touch it up or worry about it getting hot, but instead was able to enjoy the flavors it offered. The flavors being offered were sublime as well, and it was complex with transitioning and a lot of depth in each third. With great flavors, the smoke had a strength and body level that paired perfectly with what was being offered and because of that everything was in line. Habanos knows how to produce a good double corona, far times better than any manufacturer in the United States, and they know how to give it everything it needs to be a large cigar that smokes amazingly from beginning to end. Because of that, the Don Alehandro gets a 94 rating. 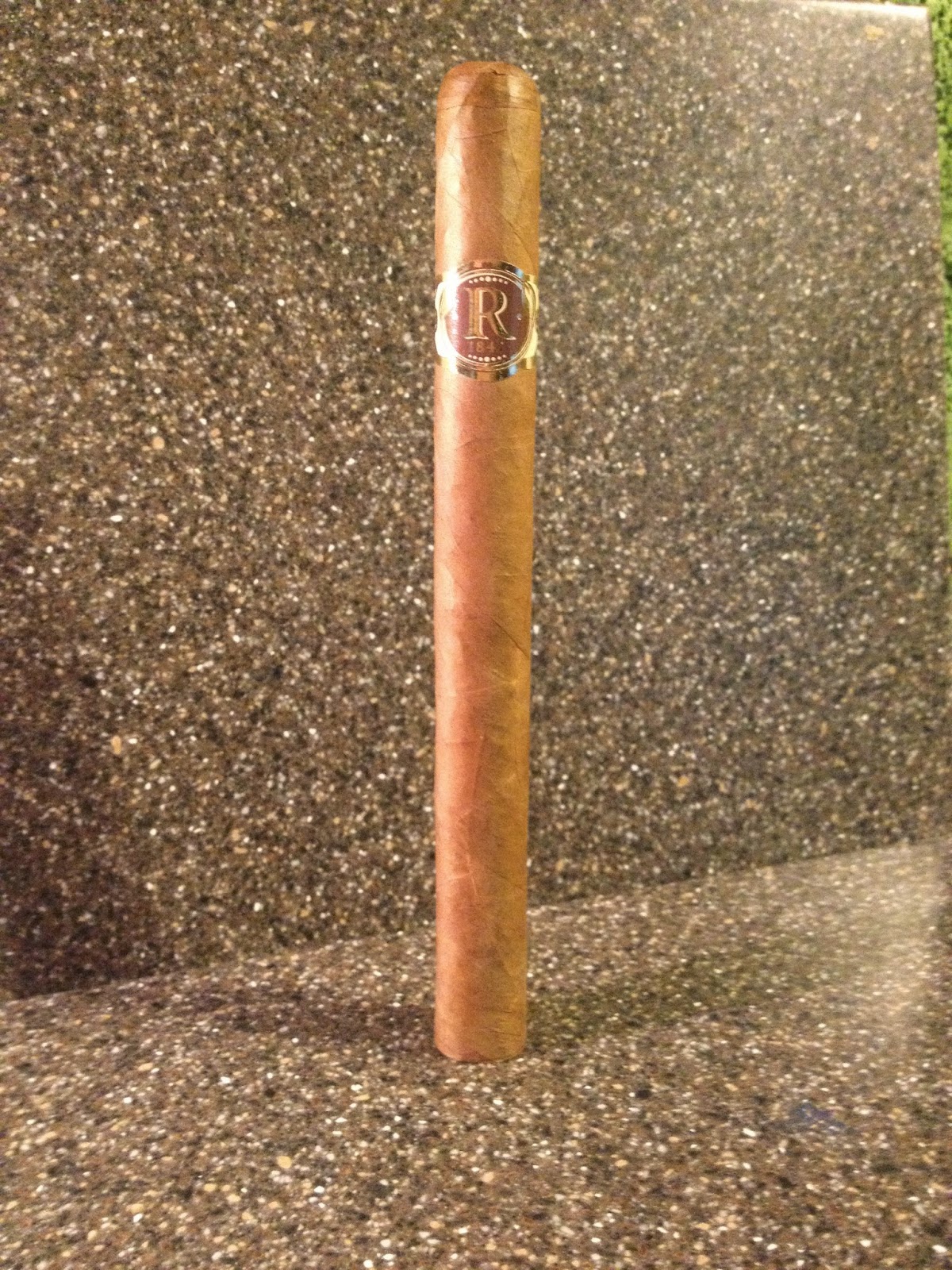