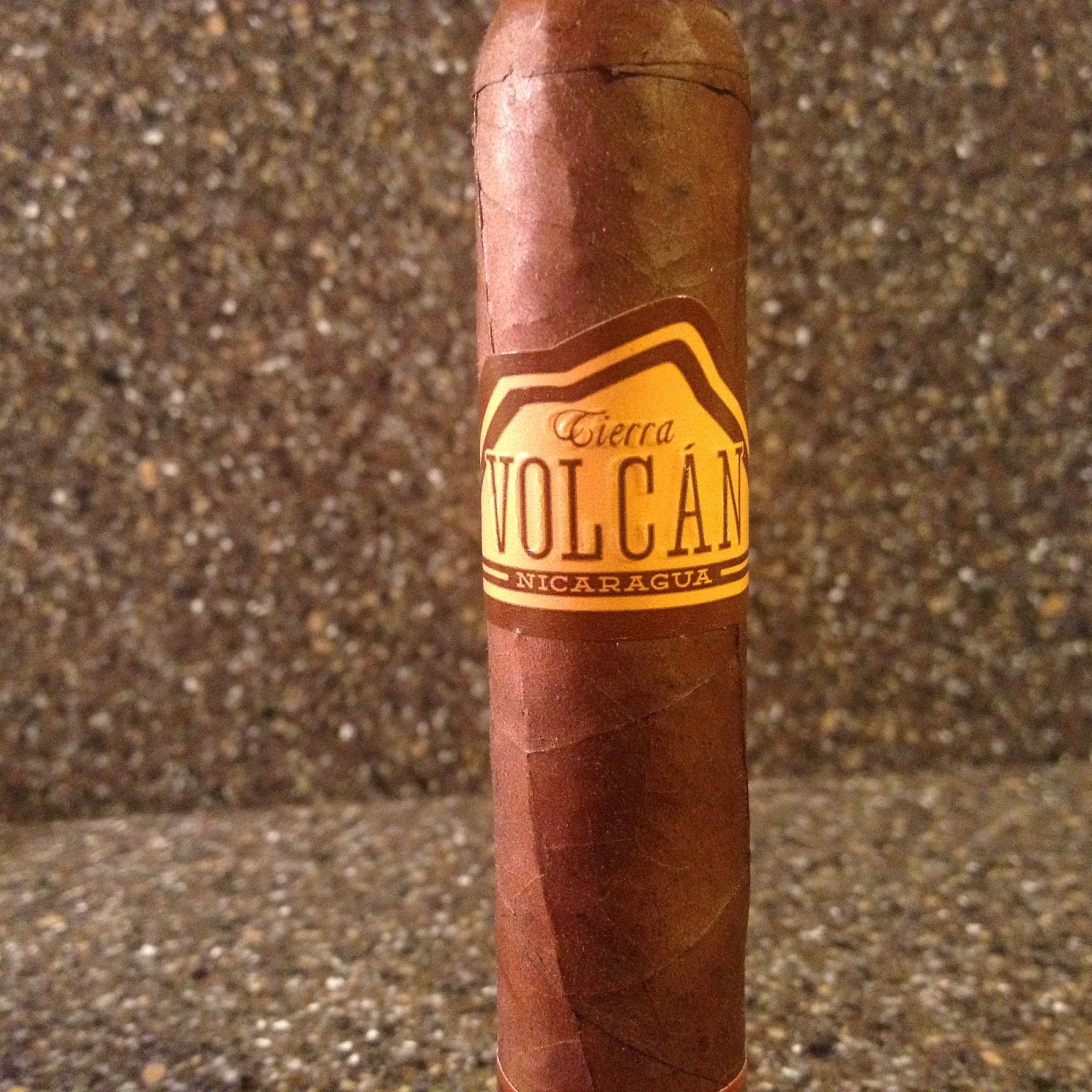 So I have been throwing back the Shiraz tonight and decided to write this introduction when I was at the top of my game. Canada! Let's face it, I hate Sidney Crosby and Brad Marchand, guys are tool bags. But Canada is more than those two guys,  in fact it is a great country. Growing up ten minutes away from the border, I spent a lot of time in the country as a kid and really loved everything it had to offer. Whether it was Montreal, Ottawa or Toronto, the three cities were good to me and to this day I am a huge Ottawa Senators fan and think that Toronto is one of the prettiest cities out there. Interestingly enough, I am going to be talking about a company that is from Toronto, I guess you can say based out of there, and a company that is producing cigars in Nicaragua. You don't think of cigar companies being from Canada, but in this day and age companies are arising from all over the place. The company I am talking about is Mombacho Cigars and until recently, they were not distributing cigars in the United States. We know of their national cigar line as Mombacho, but we are not talking about that line today. Because of trademarks, they could not use the name, so today I am looking at the Tierra Volcán  line which is a new line that is dedicated to the United States market.


Tierra Volcán is the latest piece of work from Mombacho Cigars and is a cigar that is slowly finding its way into retail stores across the nation. The line comes in three/four sizes, four if you include the Volcanitos, and are Nicaraguan puros. They are made in Granada, Nicaragua at their factory Casa Mombacho, and for this review I chose the Corto which is a petit robusto measuring 4" with a 40 ring gauge. The short robusto is constructed well and while the wrapper is not the most perfect of wrapper, it has a couple big veins here and there, it is smooth overall in texture and has a nice oily characteristic to it. The cap is placed well on the cigar and it is firm throughout. I would say the coloring is right at a dark Colorado level and you can see the dark red present within the coloring. The aroma at the foot is that of rich earth, manure and tobacco, and I am getting some slight spices with that. The wrapper is showing some damp barnyard flavors and I am looking forward to lighting this cigar up. 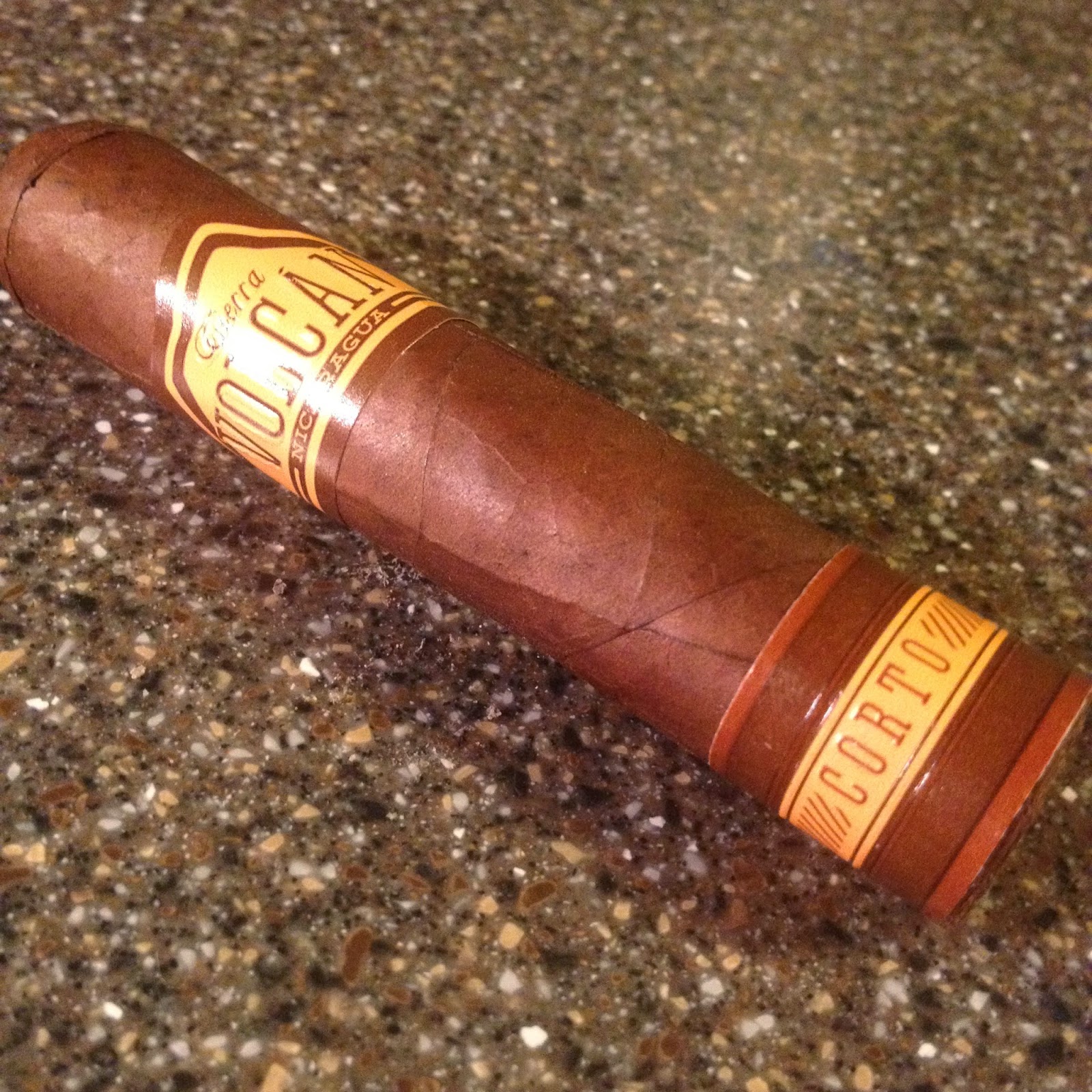 The cigar begins by showing some nice flavors that are nontraditional when it comes to Nicaraguan puros. I typically look at Nicaraguan puros as being rich, earthy, sweet and spicy, but this cigar is more floral like and aromatic. In some ways it has Honduran traits, but at the same time not at all. I am getting traces of minerals, bits of salted wood, floral aspect and tobacco, and on the finish I get a soft bit of faint cocoa and spices. Overall, I enjoy the smoke and while I think the cigar is young, it will age into a complex cigar that many will enjoy. Like the Davidoff Nicaragua, I don't think it speaks to the guys who are looking for Pepin or Casa Fernandez smokes, but it is an enjoyable cigar nonetheless. The construction on the cigar is solid and it is producing a fairly decent burn line with a nice charcoal ash on the end. The burn line is a little wavy in parts and that comes from the wrapper in general, not construction. The draw is smooth and cool and overall I would say the strength and body are at medium notes. 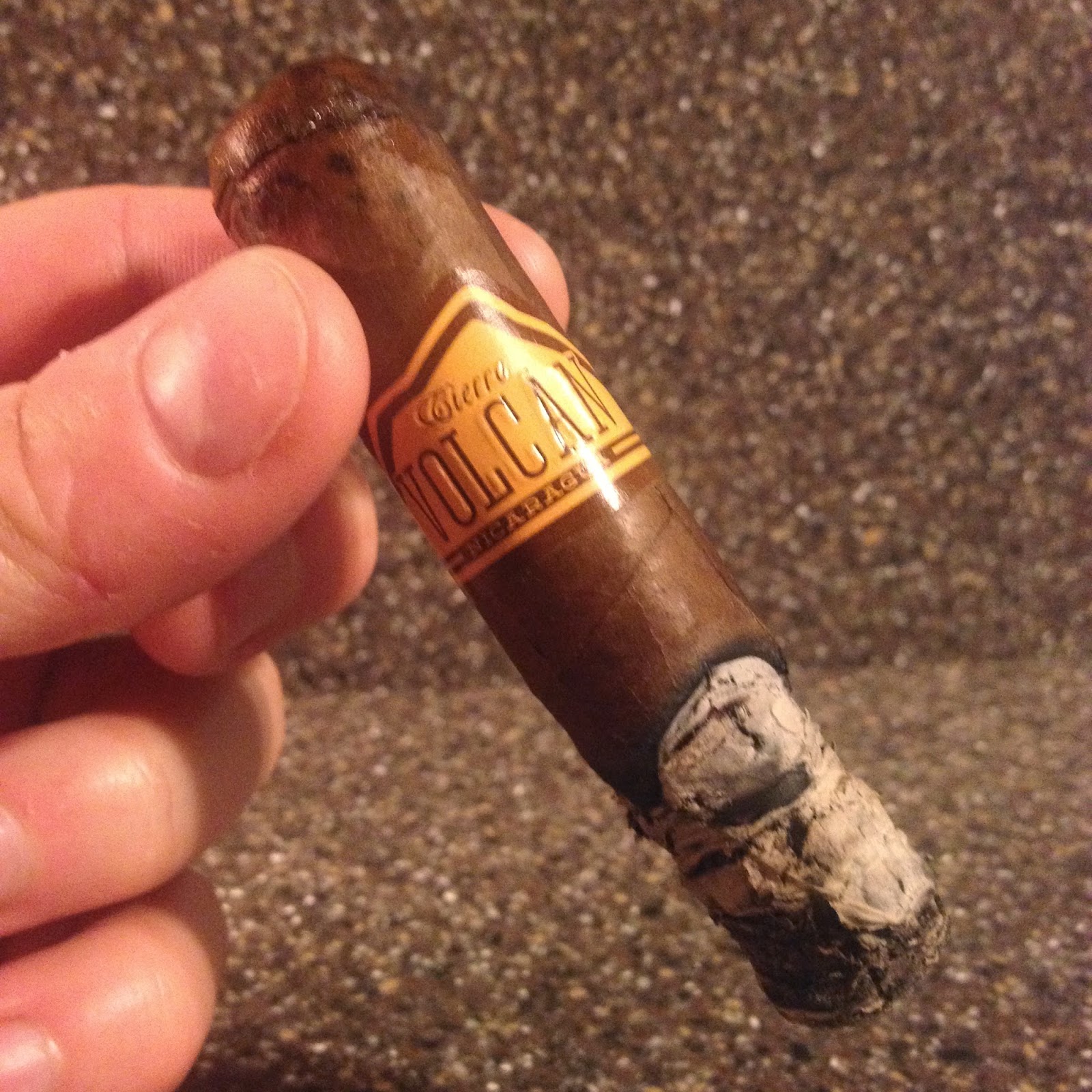 I am in the second half of the cigar now and it is continuing to deliver an enjoyable flavor profile. There are those solid floral and herbal notes to the cigar which are making it very aromatic, and it has that nice mineral and earthy quality on the finish. There is some tobacco and salted wood notes on the finish, and it even has this tropical fruit vibe which is a cross between citrus and sweet. The finish shows some cocoa and spices and it is a nice short robusto that has some enjoyable and different flavors. The body and strength continue to smoke at a medium level and it is a cigar that I could have in the morning, afternoon or evening. I am always looking for cigars that are cigars I could have all the time without having it be lacking or too much, and this cigar falls in to the perfect range. In terms of construction, the cigar continues to smoke at the same degree that it did from the beginning and it is showing a slightly uneven burn line with a nice charcoal ash on the end. The draw is cool and producing a nice bit of smoke, and the finish is flavorful and enjoyable. 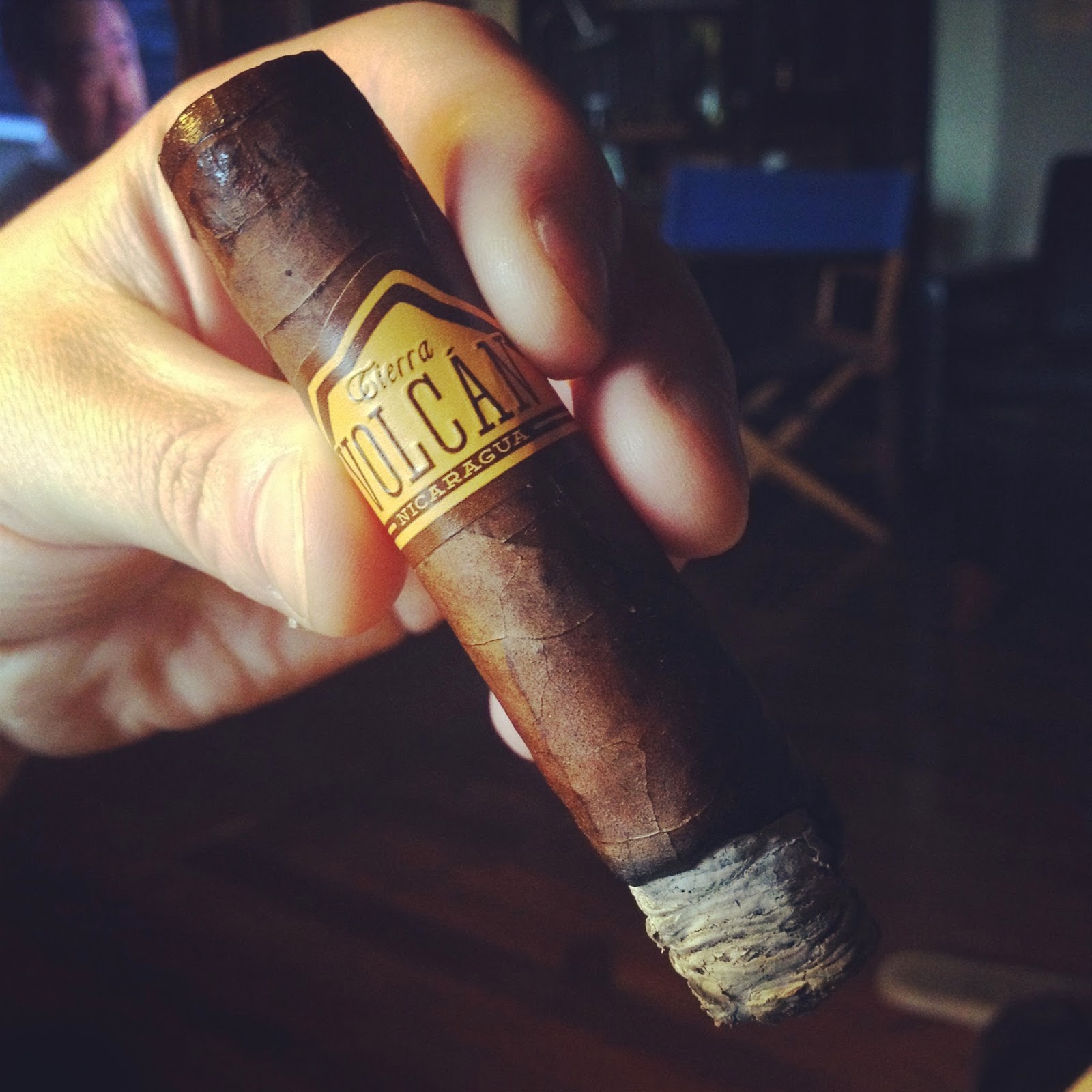 I enjoyed the Corto and I look forward to smoking the other vitolas. I have smoked some of the Volcanitos, and I find them really enjoyable, and I believe this is a line that is enjoyable now but will be even better in a couple of months and age even better beyond that. I have not smoked their other line, Mombacho, but from my understanding they are a company that is very different from most companies in Nicaragua. Besides the fact that they don't have a factory in the tobacco city of Esteli, and are based out of the historic town of Granada, they appear to take a relaxed approach to everything and blend cigars that do not come off as "Nicaraguan." The Tierra Volcán line is a line that I believe will reach out to a certain smoker in the United States and the smokers the love it will be large followers and very loyal. The cigar delivers solid flavors from beginning to end, good construction and a great strength and body level. Right now I am giving this cigar an 88, but in a couple months, when this cigar really settles down, it is in the 90s and moving on up with more and more age. 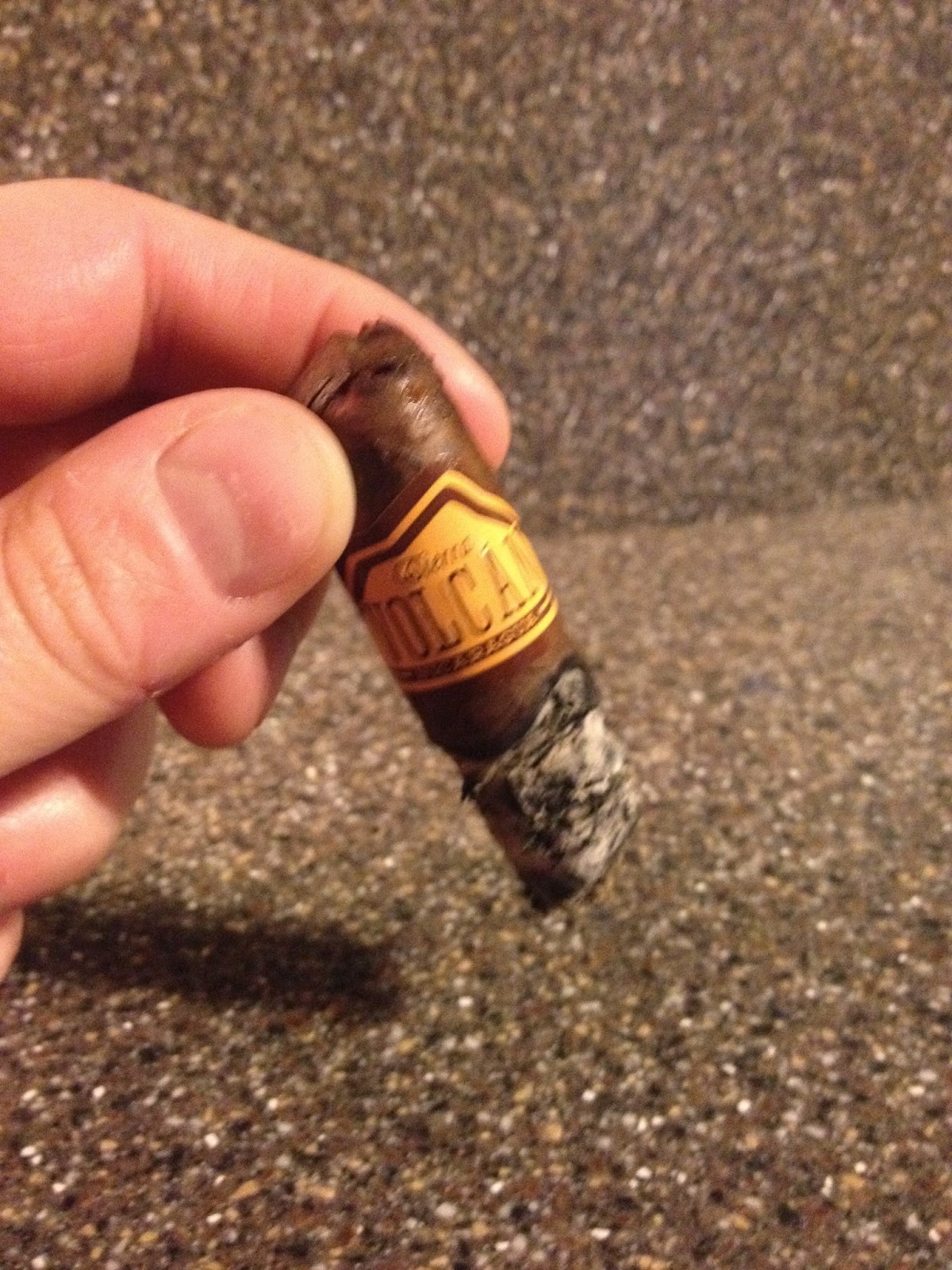 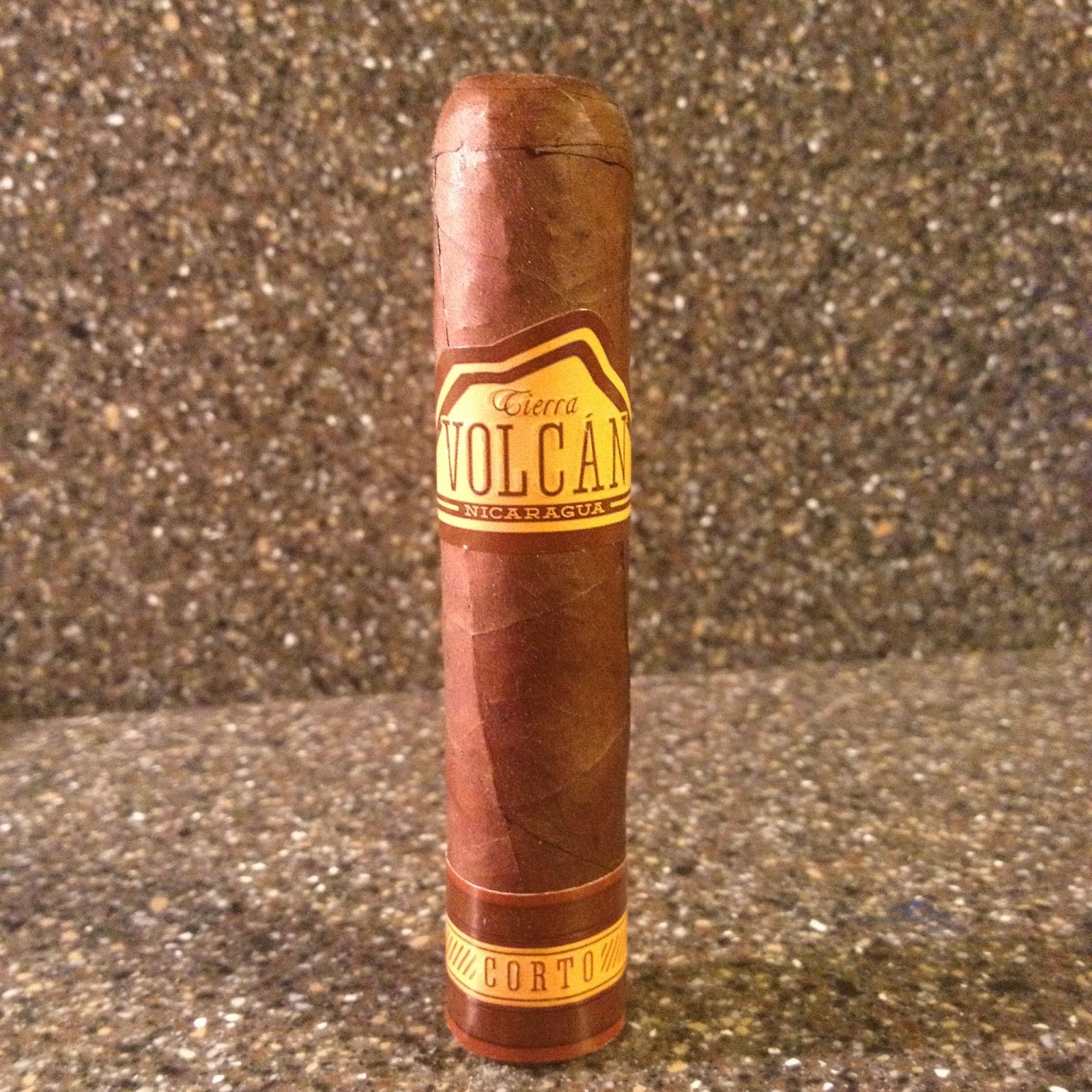