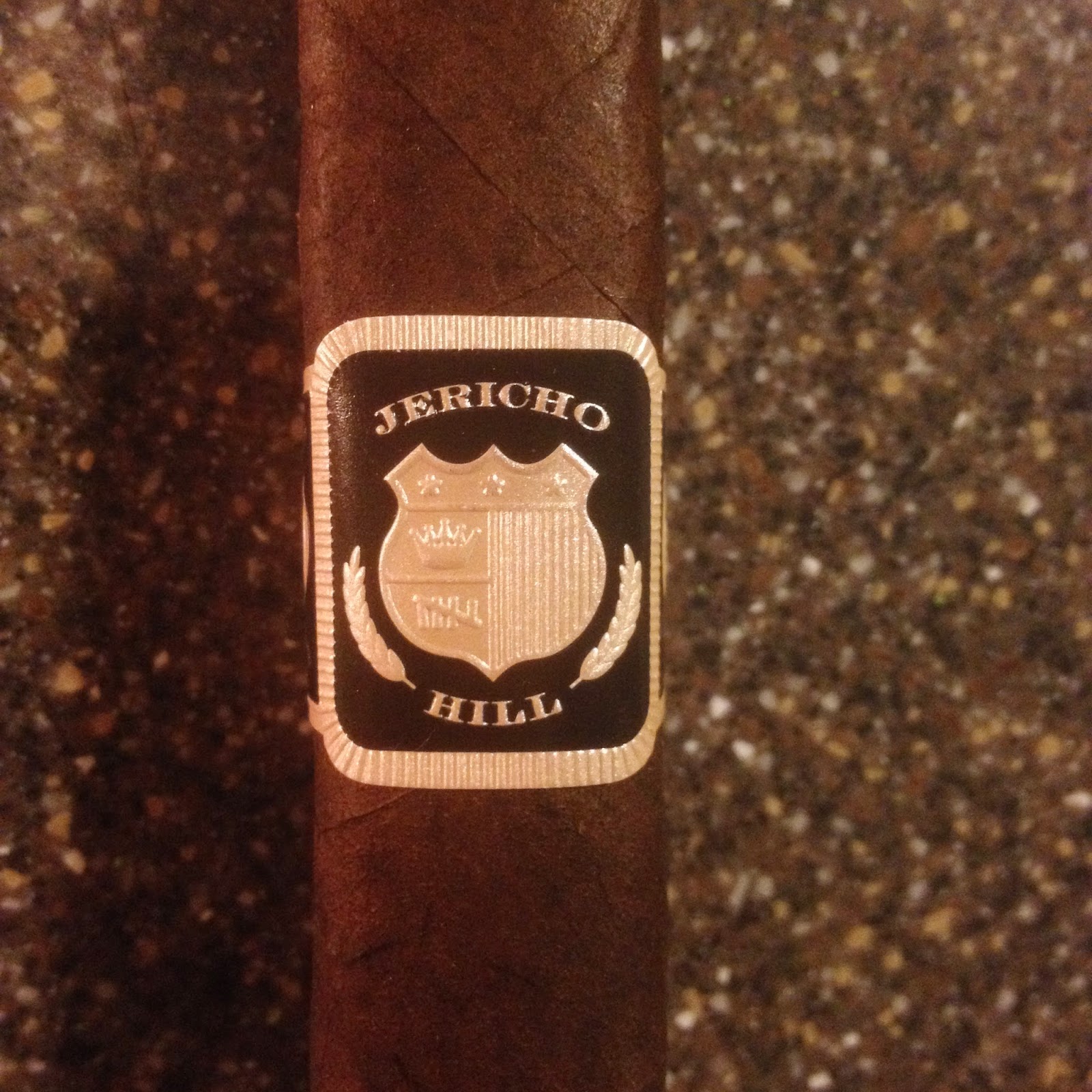 In walked the sheriff from Jericho Hill...He said Willy Lee your name is not Jack Brown...You're the dirty heck that shot your woman down
Here are some of the words that inspired the latest creation from Crowned Heads. Like many other releases from Crowned Heads, the Jericho Hill is a line that pays tribute to the city of Nashville, Tennessee, home of Crowned Heads. While the great Johnny Cash was not from Nashville, nor June Carter, they lived their lives within the Nashville Metropolitan area. The new Jericho Hill is a line that is receiving much praise from cigar smokers recently, and is a follow up release to the limited Las Calaveras that was also produced by My Father Cigars S.A. and released earlier this year. Today I break down the Willy Lee, the largest vitola in the line, and go into this review pondering a question. Will my truth end me up in Folsom Prison singing the Cocaine Blues? We shall see.

Made at My Father Cigars S.A., the Jericho Hill is the second line to be released by Crowned Heads that is made in Nicaragua. The line is a box pressed line and features a Mexican San Andres wrapper, a wrapper that pays tribute to the Juarez, Mexico reference in the song Cocaine Blues. Underneath that is a blend of Nicaraguan tobacco in the filler with a Nicaragua binder. For this review I chose the vitola Willy Lee, another nod to the song Cocaine Blues, and is a toro that measures 6" with a 54 ring gauge. The Jericho Hill is pressed well and has a nice finish to the cap. The band really pops off of the wrapper and while it pays tribute to some other brands released, which I won't get into, it looks good against the cigar. The simple colors of silver and black are legit. The wrapper is smooth in texture and features small veins throughout the cigar. It is tightly rolled and in terms of appearance is beautiful. The coloring is that of a solid maduro and it has some minor tooth present there as well. The aroma at the foot is that of rich earth, tobacco, cocoa and spices, and the wrapper is showing similar notes. 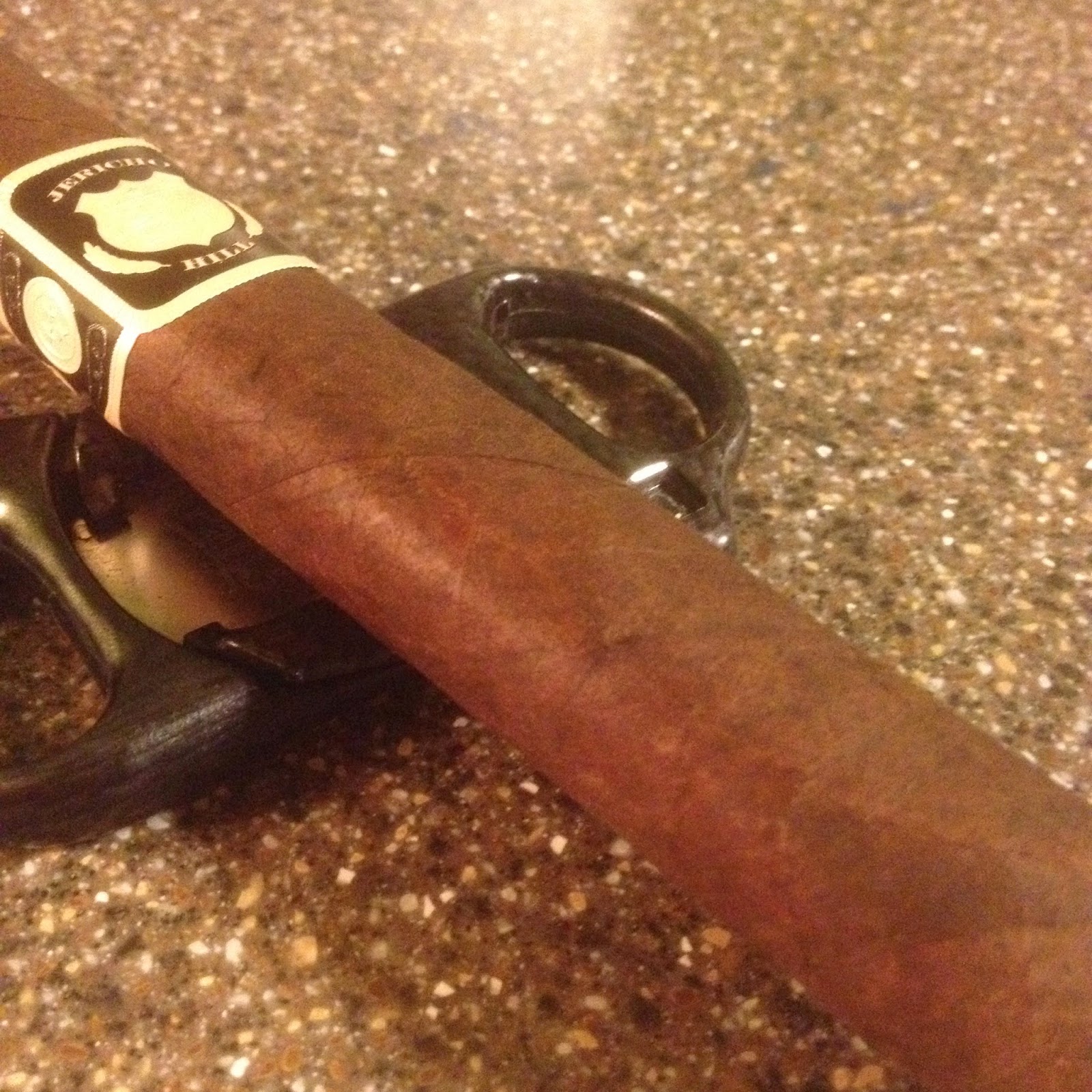 As I light up the cigar, it is showing what I consider to be a classic Pepin Mexican San Andres flavor profile. I am getting some pepper and spice notes up front, and it is followed by some damp wood and tobacco qualities. There is a very faint molasses flavor present, but it is not over the top and just a soft finishing flavors. So far it is fairly enjoyable, solid flavors, and shows a Mexican flavor profile that is not over the top but balanced with the blend. It definitely has the qualities of a cigar that is coming out of My Father Cigars, and reminds me of some Mexican smokes that Pepin has released. The construction on the cigar is top notch and it has a razor sharp burn line with a beautiful light charcoal ash on the end. The ash holds on quite well and in that area the cigar is top notch. The draw is cool and giving off a lot of smoke, and I would say that the strength and body are between medium and medium full. 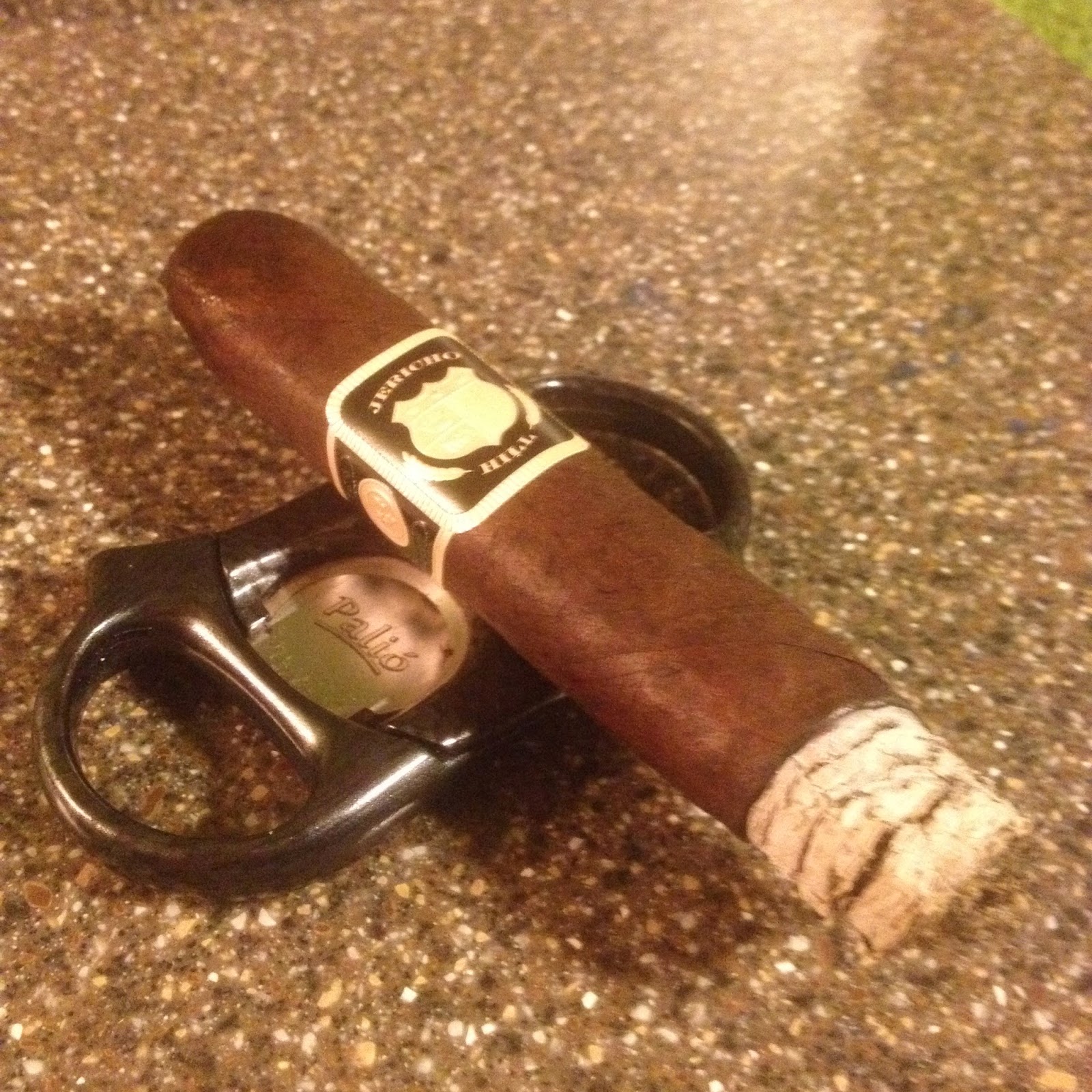 When I get into the second third of the cigar I find that the flavors pick up a little bit and the cigar is starting to produce some dark cocoa notes. They are not overly sweet, but more that powder flavor with some unsweetened qualities. I am getting a lot of damp wood and tobacco flavors as well, and it has a nice finish of spices and pepper. The molasses flavors have faded and while there are some differences in this third compared with the first, it is fairly consistent and similar. The construction continues to be outstanding in the cigar with a razor sharp burn line and that light charcoal ash holding on well at the end. The cigar is still smoking cool and producing a lot of smoke, and it is a classic example of amazing construction from My Father Cigars. In terms of strength and body, I feel that the cigar continues to smoke at a level between medium and medium full and is a cigar I could have in the morning or evening.

I am in the final third now and I find the flavors to be closing on a similar note to the first third. I feel like it has lost some of the positive qualities that came out in the second third, and it is making trip downhill. The damp wood and tobacco notes are returning to the forefront, pepper and spices included, and it is showing a faint molasses flavor profile on the finish. It is not a bad flavor offering, it is just missing something in my opinion and not a great follow up to the second third. The construction continues to be top notch on the cigar and it is producing that razor sharp burn line and light charcoal ash that is still holding on quite well to the cigar. The draw is cool and easy, and it is a smoke that leaves you with no worries and you can relax with. The final draw is cool and producing those flavors of damp wood and spice, and it finishes at a medium full level in terms of strength and body. 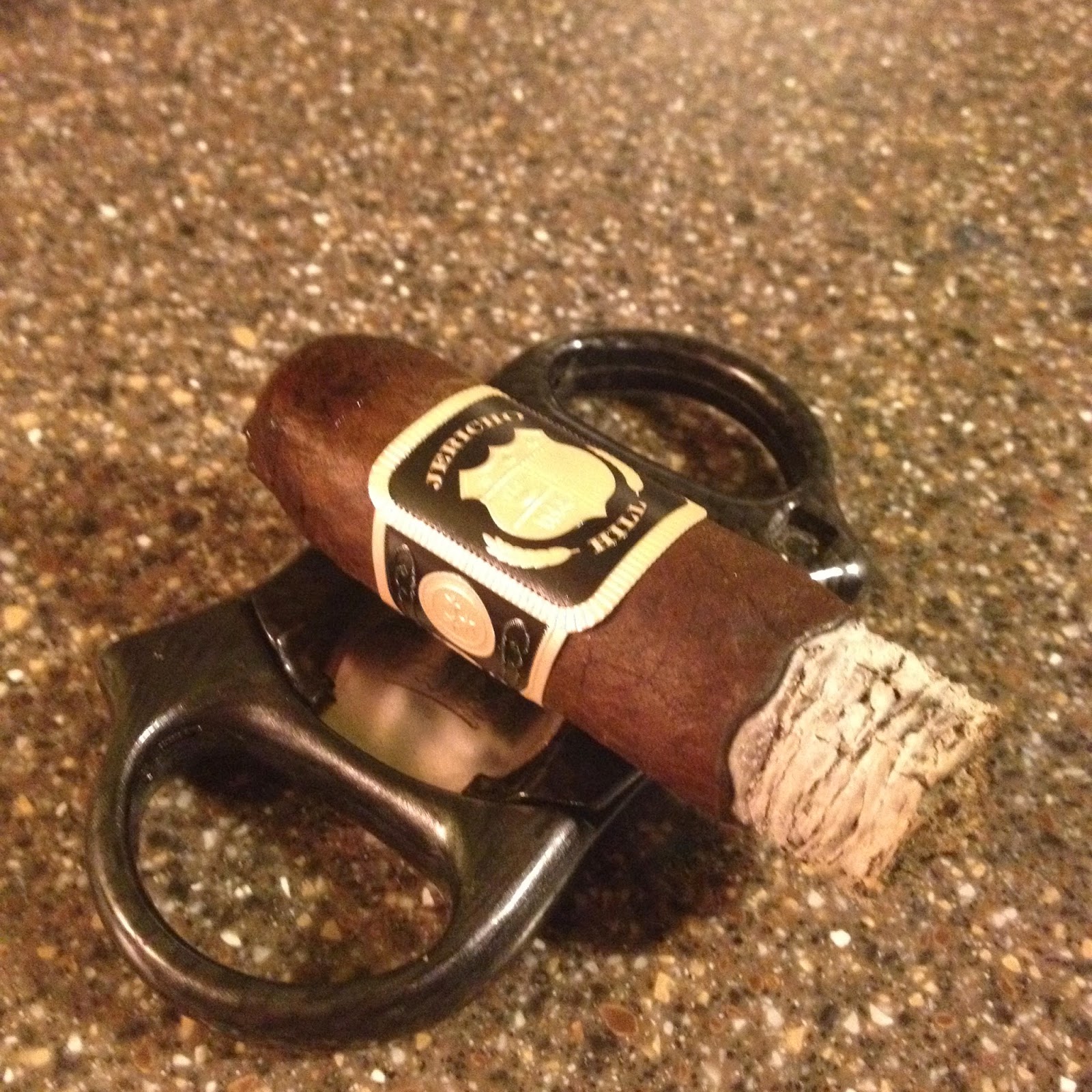 Jericho Hill is a cigar that really resembles a hill for me and I find the name appropriate. That may be confusing, but look at what a hill is. It is a summit with slopes that are uphill and downhill. On a positive note, the uphill slope, I think this is a big improvement when comparing it with Las Calaveras. I think that the final blend was superior and that there was a better selection process with My Father Cigars on this blend. I hope for better blends from the company with My Father Cigars in the future, and I think when the two companies work together more and more better blends will happen. In terms of a summit, I think this is a classic Mexican San Andres experience and it is what it is. I don't think we can expect anything better than this, and it is a solid Mexican San Andres experience from My Father Cigars. The construction was perfect as well, something you can't beat, and that is the summit as well. In terms of the downward slope, I feel the cigar lacks complexity and transitioning in flavors. While the flavor profile was fairly consistent, and not bad, I expect more from a cigar. You have a line like Headley Grange, which I think is a amazing, and it is a line that has complexity, depth and so much more. This cigar just lacked that. It may have shown some potential in the second third, but the final third brought it back down. I will be honest, I have seen a lot of reviews on the cigar and heard comments from fellow critics/smokers, but after smoking many of these, I was disappointed. I know some have compared it to a Padron 1964 and/or 1926, and I feel that is far from accurate. I have smoked enough Padrons in my life to tell the difference between a piece of art and a forgery. I am giving this an 88 right now and maybe it was the size, but it just did not do what I think a cigar should do to be great. 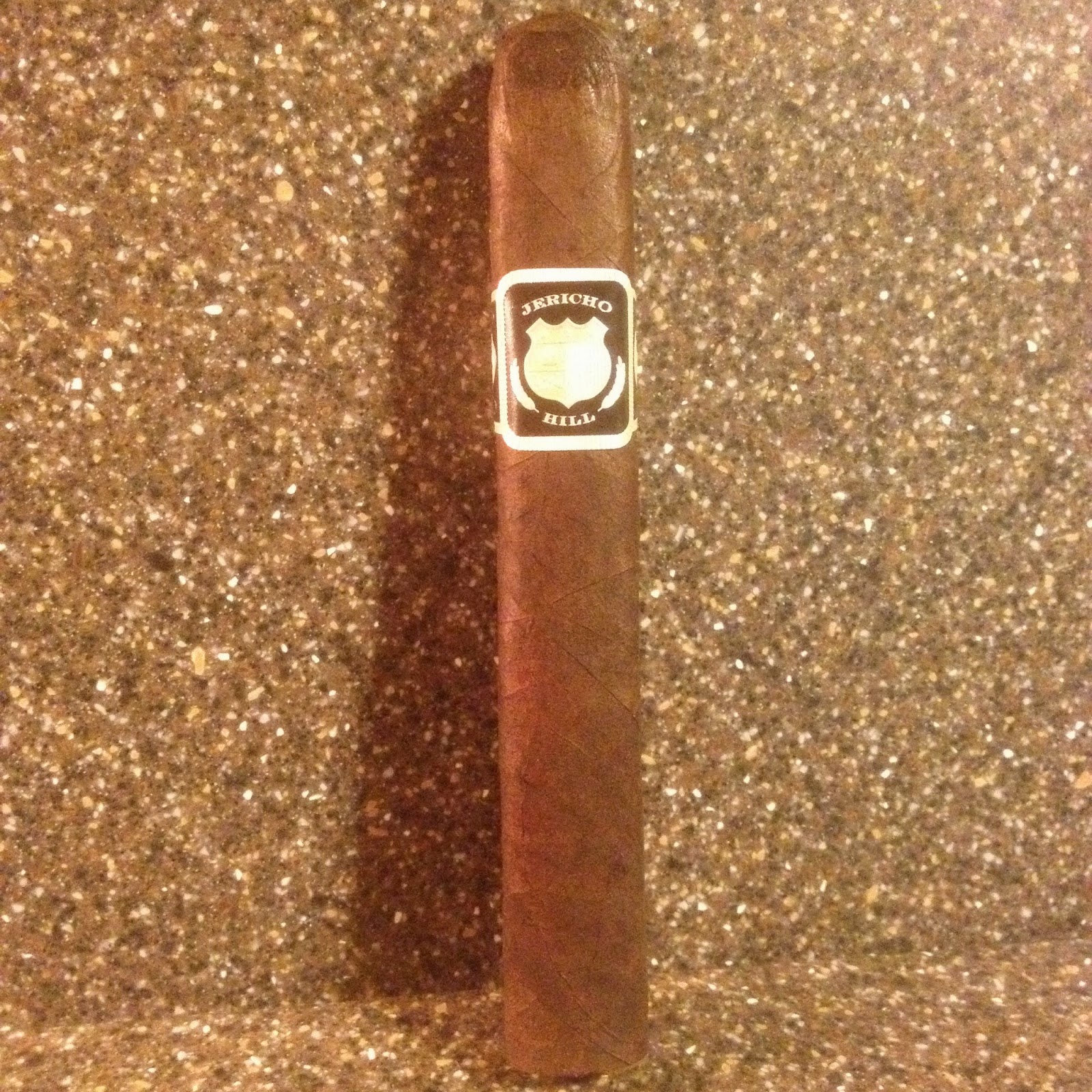