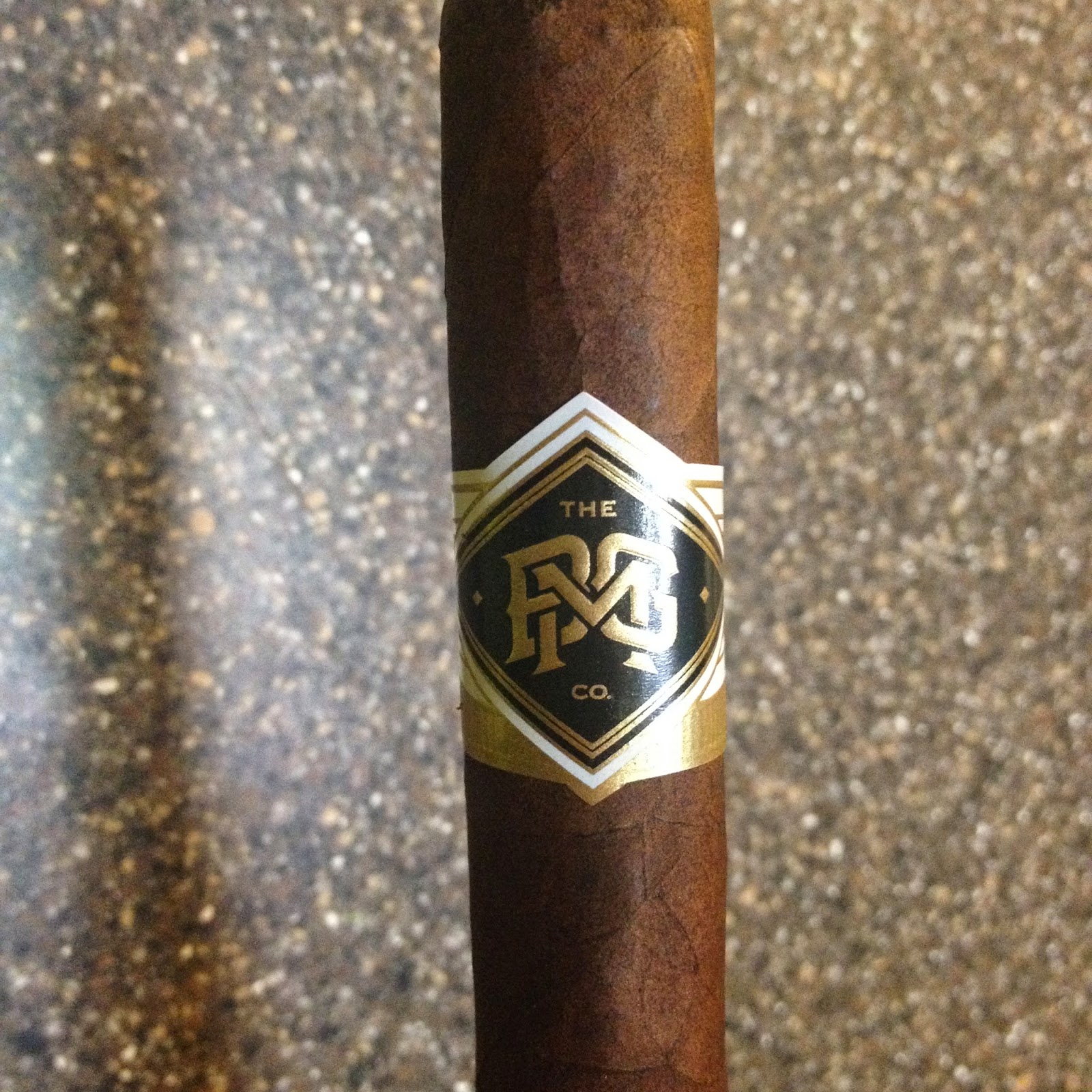 When looking at the cigar industry, the most thing that comes to mind for cigar smokers is tradition. You look at some of these older companies, classic companies in my opinion, and they are companies that have been in existence since the Cigar Boom, some before, and are companies that have had their leadership passed down to family members over the years. In some cases, we are looking at second generation leadership, but there are some that are looking at third generation leadership. Until 2008, I would say that was the norm of the industry and seeing an outsider, someone who did not grow up with tobacco in their life, enter was uncommon. Yes, there were a couple that were in the industry who had no family ties to the industry, but it was not the norm. In 2008 that began to change, and in the past six years we have seen quite a bit of new companies arise who are led by individuals who really don't have any experience in tobacco. This year we saw the announcement of the BG Meyer Company and Rob Weiss. Who is Rob Weiss though? Well, watch an episode of Entourage and pay attention to the executive producers in the introduction. In all honesty, Rob Weiss has done more than Entourage. He was a producer of Punk'd, executive producer and writer of How to Make It in America and executive producer of the upcoming show Ballers. But along with his work in Hollywood, he is entering into the cigar industry with the assistance of Camacho Cigars. Let's see what he is up to with his new line, the BG Meyer Standard Issue.

The new Standard Issue is the first line  by Rob Weiss and a line he has been working on for some time. It is a Nicaraguan puro, but it is being made in Honduras at the Davidoff/Camacho Factory there, AgroIndustrias Laepe S.A. The wrapper on the cigar is Habano seed, location in Nicaraguan not disclosed, and it has a binder leaf that was grown in Esteli, Nicaragua. The filler is a blend of tobacco from Esteli, Jalapa and Ometepe, and it has the best regions in the blend. For this review I chose the Churchill, and the cigar measures 7" with a 48 ring gauge. The wrapper has this aroma that possesses some citrus qualities, notes of leather, rich earth, tobacco and some spices on the finish. The aroma at the foot is more floral like and has some natural sweetness with that. There are some unique honey aromas there as well, and it has some earth and spice on the finish. The wrapper has this beautiful dark Colorado coloring and it is nearly a light Maduro in coloring to be honest with you. The cigar has a nice firmness in hand and a perfect cold draw. I love the simplicity and colors of the band, and it really dresses the cigar wonderfully. 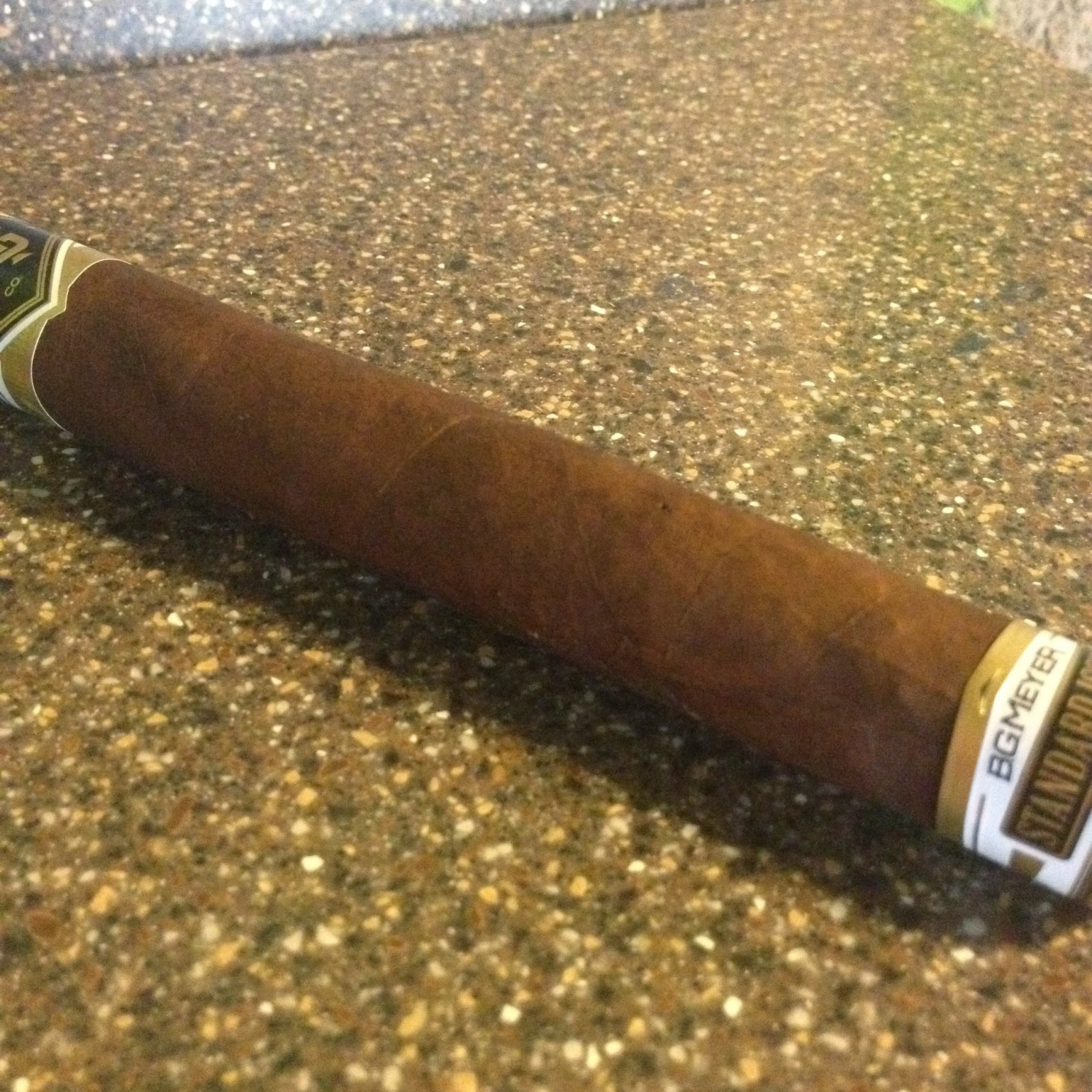 Lighting up the cigar, I am greeted by flavors that are showing some very nice citrus notes and they are accompanied by some great spices and peppers. I am getting some leather and tobacco qualities as well, and it is a great Nicaraguan smoke. There are some wood notes as well, and overall it is a complex flavor profile that is balanced and satisfying. It is a smoke that is afternoon material for me, and I would have it through the evening as well. I would classify it as being medium full in terms of body, and the strength is slightly below that, closer to medium. The burn line is nice and even with the cigar and it has a light charcoal ash that is holding on firmly to the end. The draw is smooth and easy and the smoke production is great as well. In my opinion, this is one of the better Nicaraguan puros I have had and probably the best Nicaraguan puro from the Davidoff family of companies. 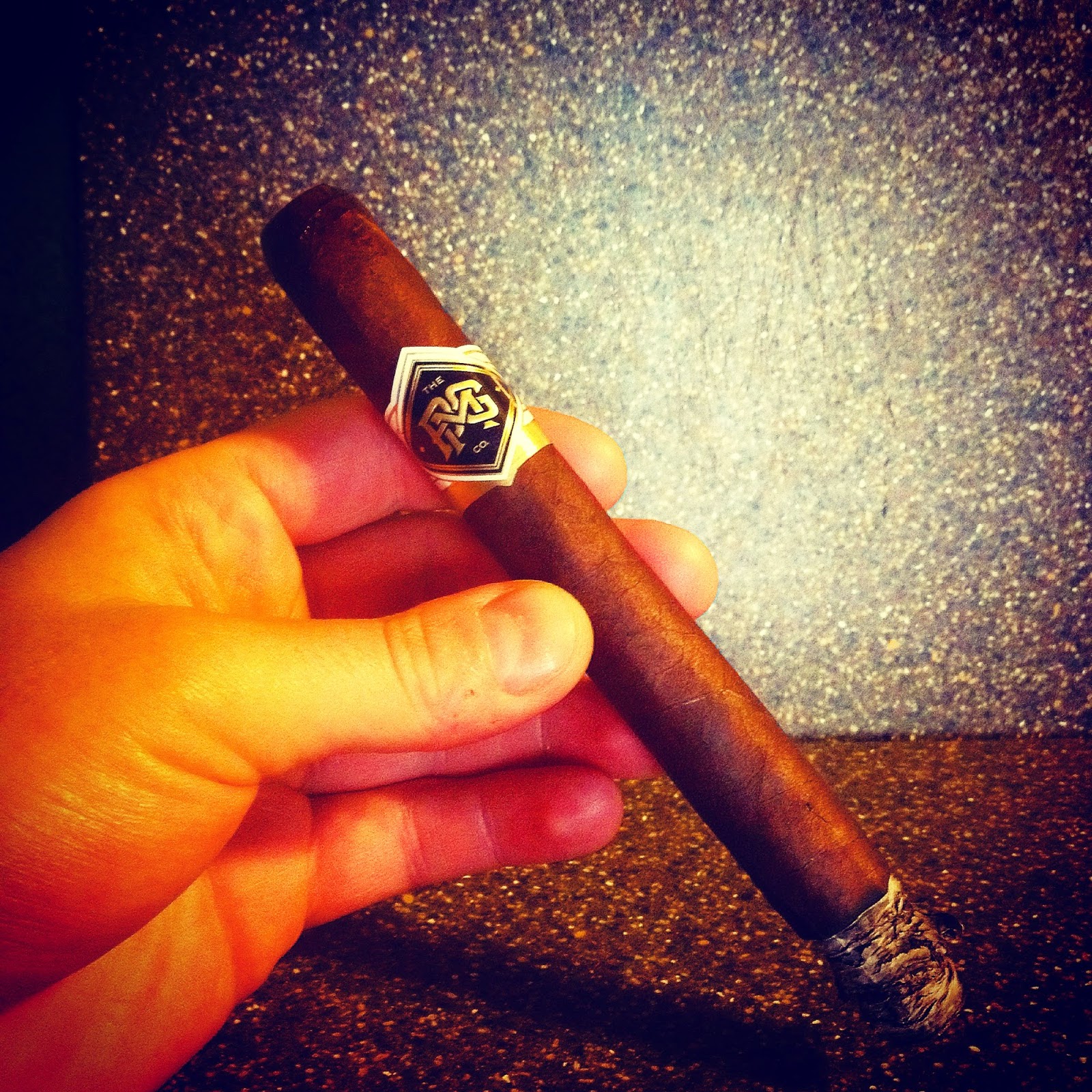 I am in the second third of the cigar now and it continues to deliver the flavors that have been present from the beginning. There is this contact citrus notes that is wonderful, and it is now pairing with tobacco, nutty and oaky qualities. I am picking up some spices, mostly pepper, as well, and it has a finish that is earthy and showing hints of cinnamon. It is a unique Nicaraguan puro in some ways, but at the same time showing those classic Nicaraguan flavors. It definitely has the vibe that the Camacho and Room 101 smokes show that are coming out of Honduras, and I like the flavors. The construction continues to be wonderful in he second third and it has an even burn line with that light gray ash holding on firmly at the end. This is easily a medium full cigar in terms of body and strength in this third and it is at a perfect level for me. Not one aspect is overpowering, and everything is working with one another, delivering a great all around experience. 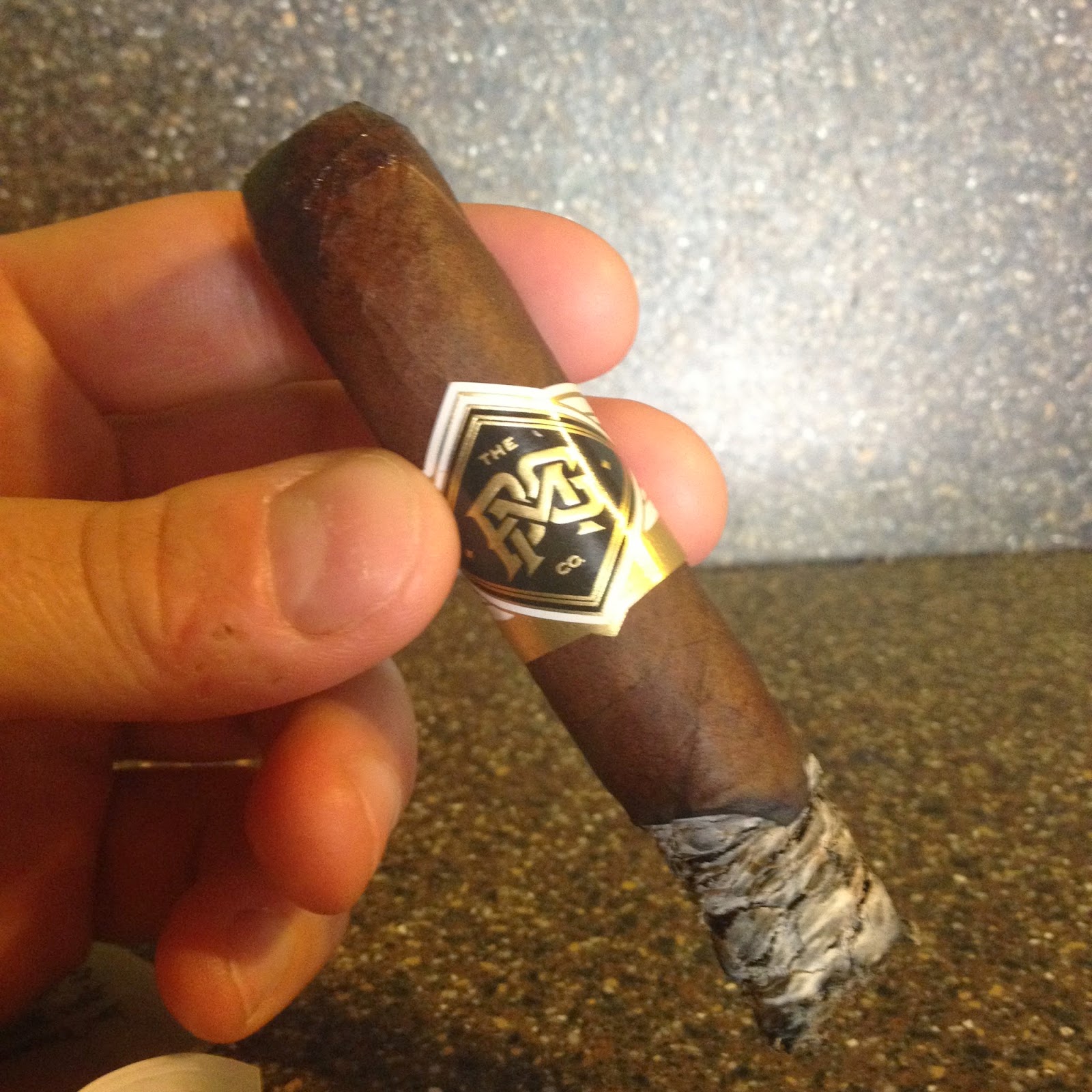 When I get into the final third of the cigar I fins that it is showing a nice finish of sweet earth and tobacco. It still possesses those nutty and citrus qualities, but it is really showing some earthy aspects to the cigar which is making for a great finish. The spice and pepper notes on the finish are really enjoyable as well and it makes for a smoke that is complete and balanced. It is a cigar I could smoke again and again, and it is a true winner when looking at it as being a daily smoke. The construction remains perfect throughout the final third and it has a burn line that is even and nearly razor sharp. The ash being produced has a nice charcoal coloring and it is holding on firmly to the end of the cigar. The draw is cool and effortless, and with that is a nice bit of smoke being produced. In terms of strength and body, the cigar continues to smoke at a medium level and it is a smooth and easy finish to an already amazing cigar. 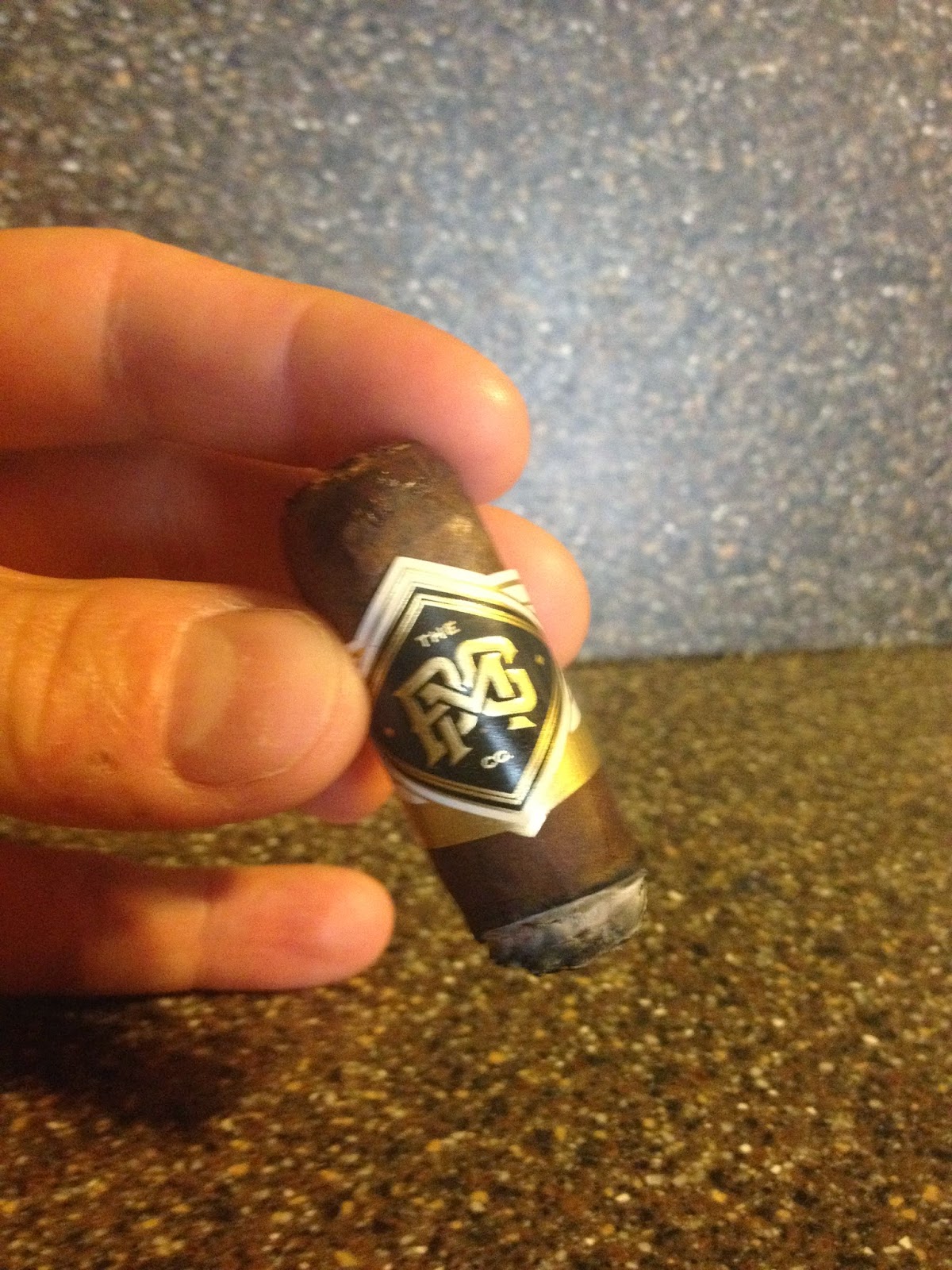 I loved this cigar and found it to be the best Nicaraguan puro that has been released by the Davidoff family of cigar companies. The flavors being delivered are terrific and truly Nicaraguan, but they have this quality to them that is present with Camacho and Room 101 cigars coming out of of Honduras. It is constructed perfectly and I love the balanced strength and body that pair with the flavors. It is almost this truly traditional Nicaraguan puro that you think of when you think of older brands, but at the same time new and cool with the packaging that the cigar has for bands and boxes. In some ways, the packaging is a combination of Davidoff, Camacho and Room 101. It is little bit more edgy and modern than Davidoff, toned down version of Room 101 and a more urban vibe of Camacho. I think that packaging carries on in to the blend and because of that creates something very new for the company. Honestly, this is one the best cigars that I have smoked that has been released this year. There has been some good sticks, but this is near the top. I am giving this cigar a solid 93 rating. 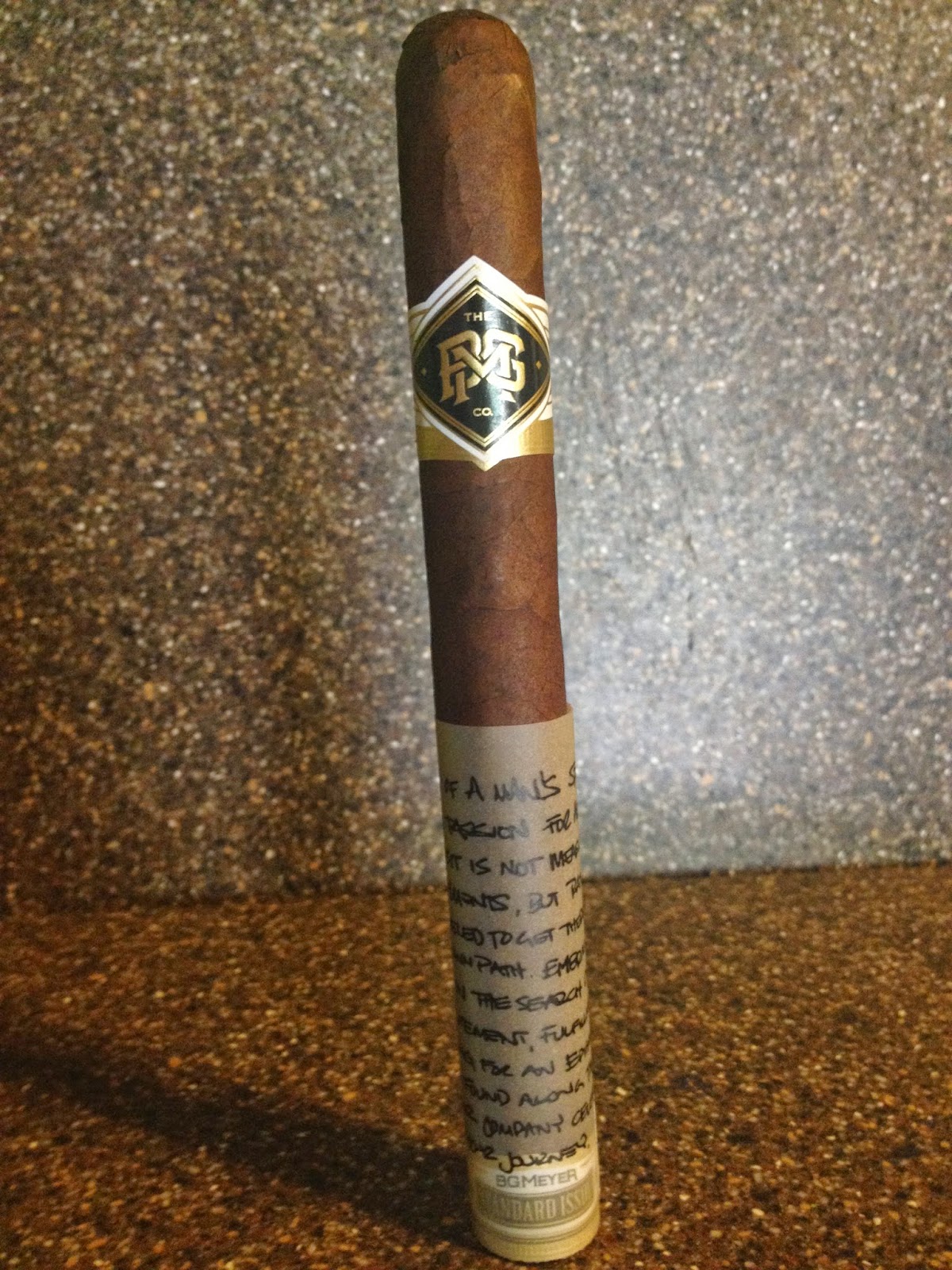