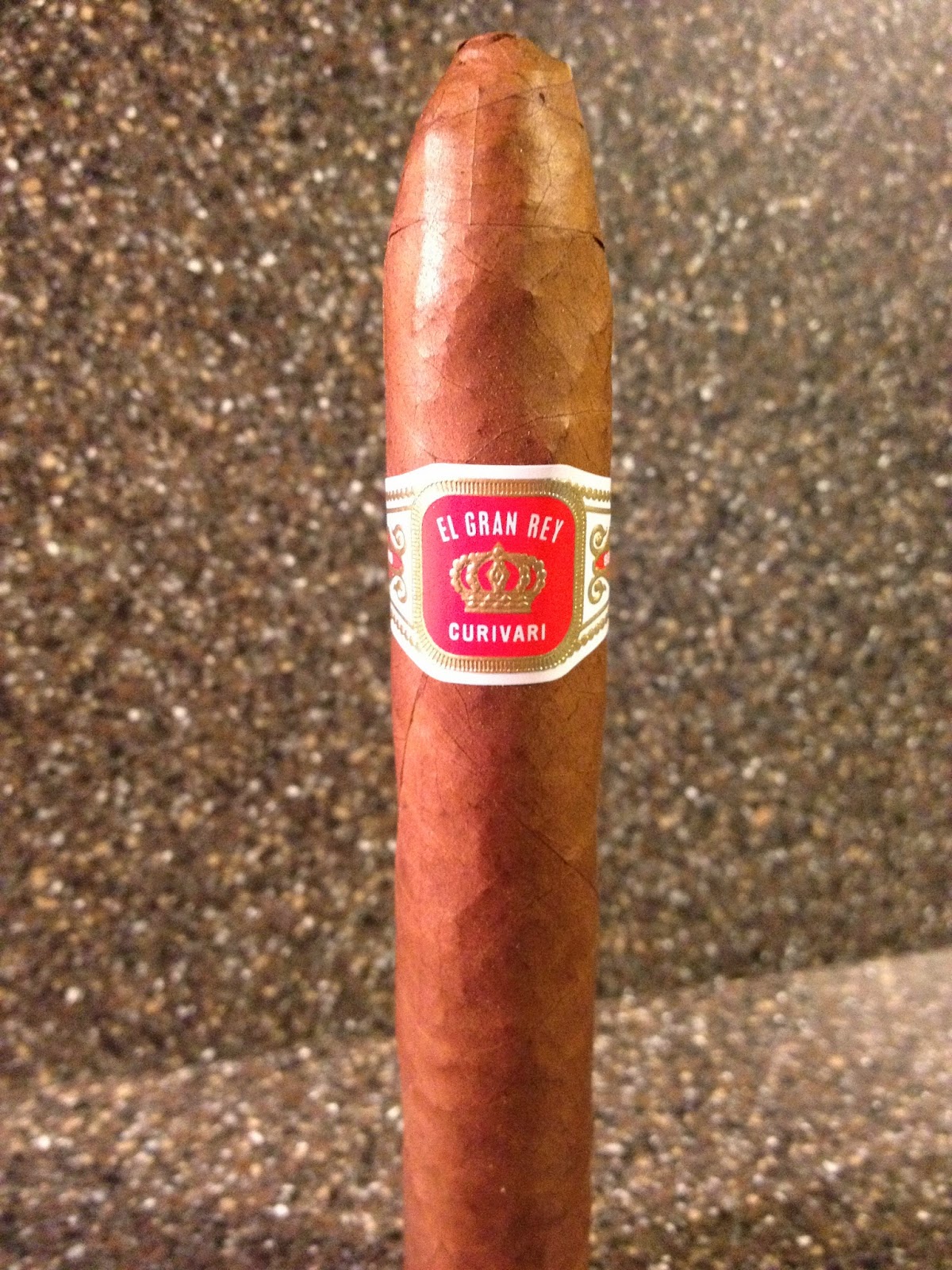 With a company like Curivari, you don't need to say much to get the attention of a cigar smoker who has not heard of them. Saying the name more often than not will get a cigar smoker to say "who?" They are the true definition of boutique company and manage to keep a very low profile all of the time. They do very little, if any, advertisement of their products, and they are non existent when it comes to social media. They receive very little attention from social media at the IPCPR from the guys I know who go, but this might be the year where they actually have people flocking. Based out of Nicaragua, this is a company that has been around for many years, but it wasn't until they began releasing their sticks to the United States that they started grabbing the attention of media guys like myself. Last year was a big year for them, they made it into the Top 25 for Cigar Aficionado, and today I look at one of their other brands.

One of the several brands produced by Curivari, El Gran Rey is a Nicaraguan puro and is made in Nicaragua as well. The cigar is covered with a Nicaraguan Habano wrapper and while I don't know the exact breakdown of the filler, I do know it is Criollo and Corojo seed tobacco. The belicoso, which I am reviewing, measures 5 3/8" and has a 52 ring gauge. The El Gran Rey Belicoso has a soft tapered head and while it is not a 109 Capa, it is not a major taper that some figurados show. There are very few veins present on the belicoso and looking at the wrapper closely you see a lot of the smaller veins present with the cigar. The coloring is that of a light Colorado and it has a nice reddish hue that is silky in texture. There are some soft minor soft spots near the bands, but overall the cigar is firm in hand. There is some incredibly spice, hay and tobacco notes on the foot of the cigar and the wrapper is showing some leather and spice notes present there. 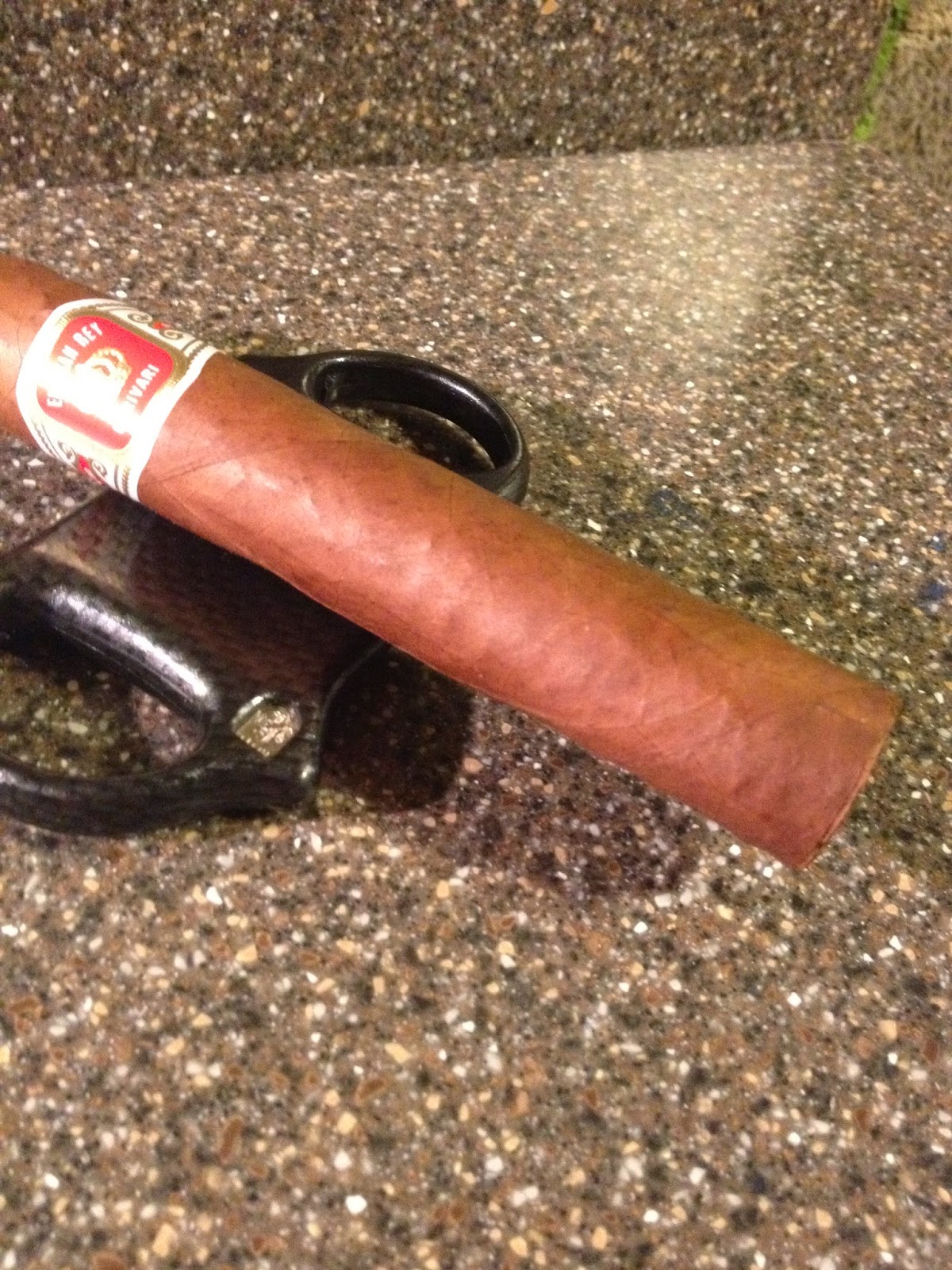 The first third opens up by showing a bouquet of flavors that are light, complex and thoroughly enjoyable. I am picking up some noticeable herbal and floral qualities to the cigar, but it is showing some vanilla and peppery qualities with that. There are some dried meat and leather qualities present as well, and it covers a wide spectrum of flavors that work off of each other quite well. The construction throughout the first third of the cigar is very solid, nearly perfect burn line, and it has a nice charcoal colored ash on the end that is holding on firmly. The draw is smooth, cool and easy, and more importantly flavorful. I would classify the cigar as being medium in body thus far and the strength is there as well. At no point is the cigar too much, but is absolutely perfect for me. 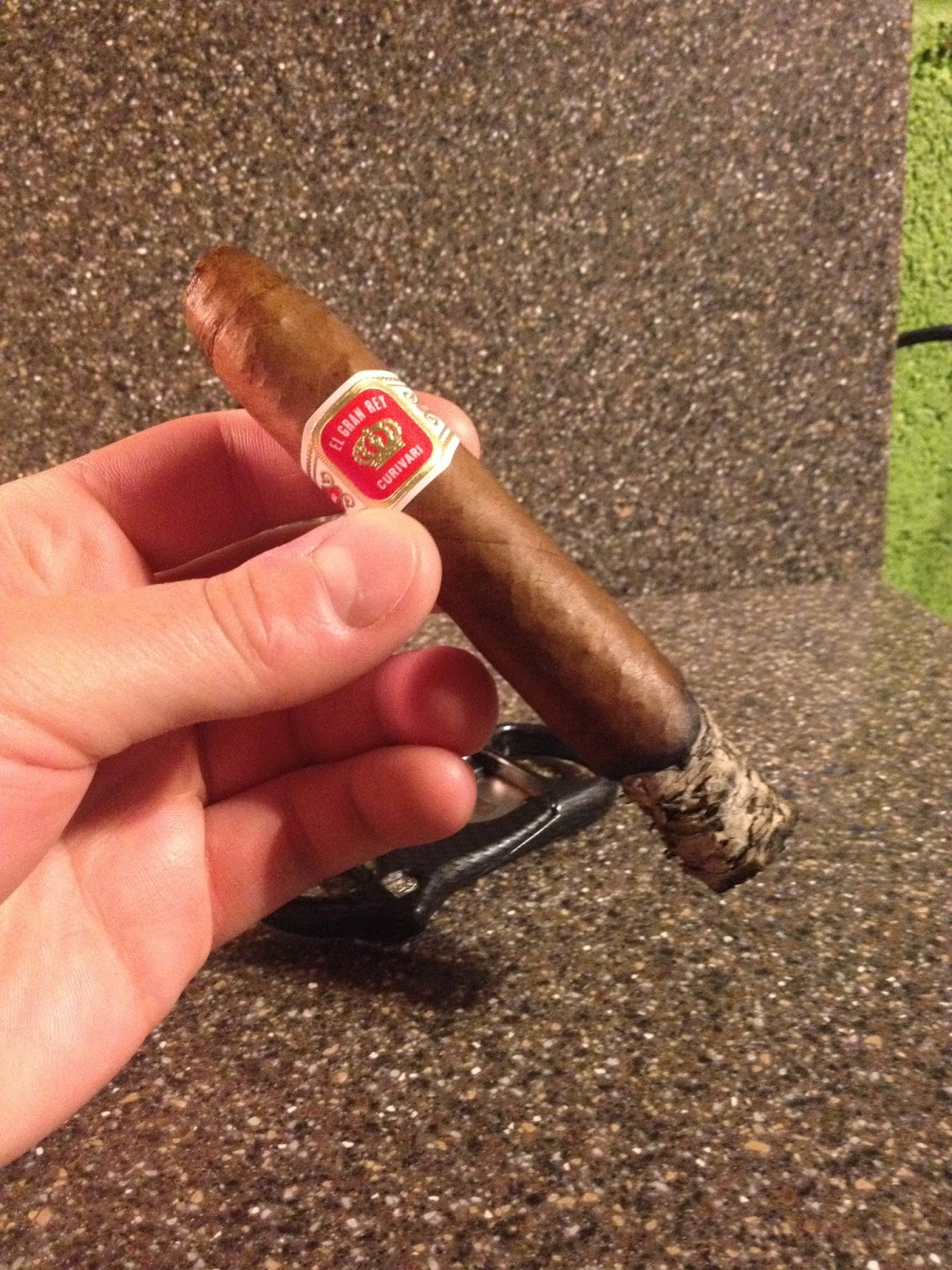 I am in the second third of the cigar now and it is really opening up and showing some great oak notes with the vanilla flavors from before. The vanilla flavors are more vanilla bean flavors now, and it is completed with some light herbal, floral and hay notes. I am getting some definite tobacco flavors on the finish, and the meaty flavors have left while the finish is definitely that of leather, pepper and spices. There has been some great transitioning into this third and it remains a complex cigar with a lot of depth. The body and strength continue to smoke at that medium level from the first third and it makes for an amazing smoking experience. At no point does the body or strength overpower or lack the matching of the flavors, but complements it throughout. The construction remains perfect throughout this third and it has a cool draw, an even burn line and a beautiful light charcoal colored ash on the end. 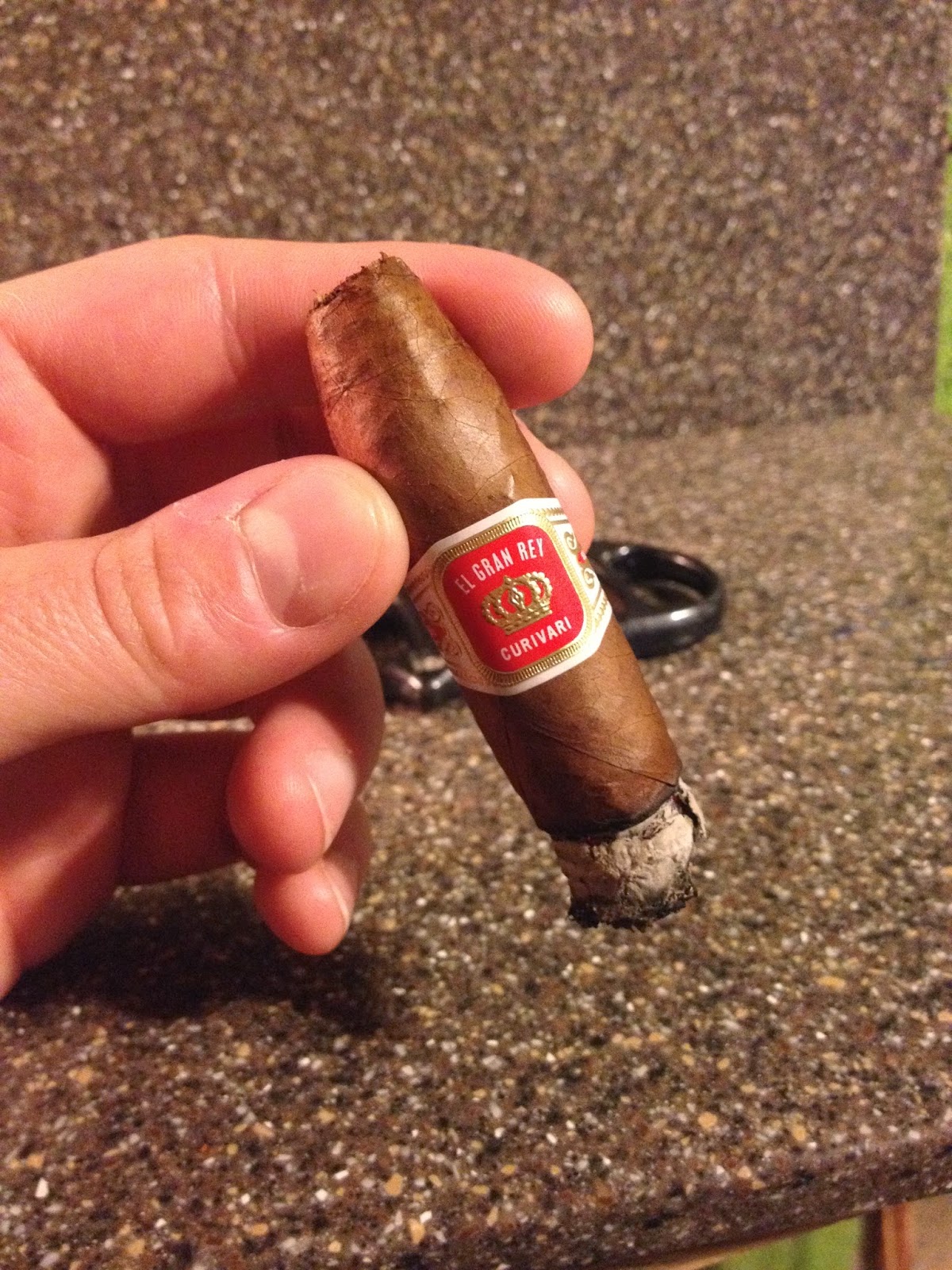 When I enter the final third I find that the cigar grows in strength and body and the flavor profile itself changes once again to be slightly bolder and darker. I am getting some solid pepper and spice notes as the cigar comes to a close, and the tobacco notes that began to emerge in the second third are much more prominent now. There are some oaky qualities present alongside that, and the vanilla flavors have really mellowed out. Notes of coffee beans and dry earth are present as well, and the complete finish is nutty and toasty. It is a major transition in flavors and I like the direction it goes. The body and strength are right at medium full levels and because of the finish, I would smoke this cigar in the afternoon or evening more often than not. The construction continues to perform wonderfully and it has an even burn line, lovely charcoal ash and cool draw to the tapered nub. 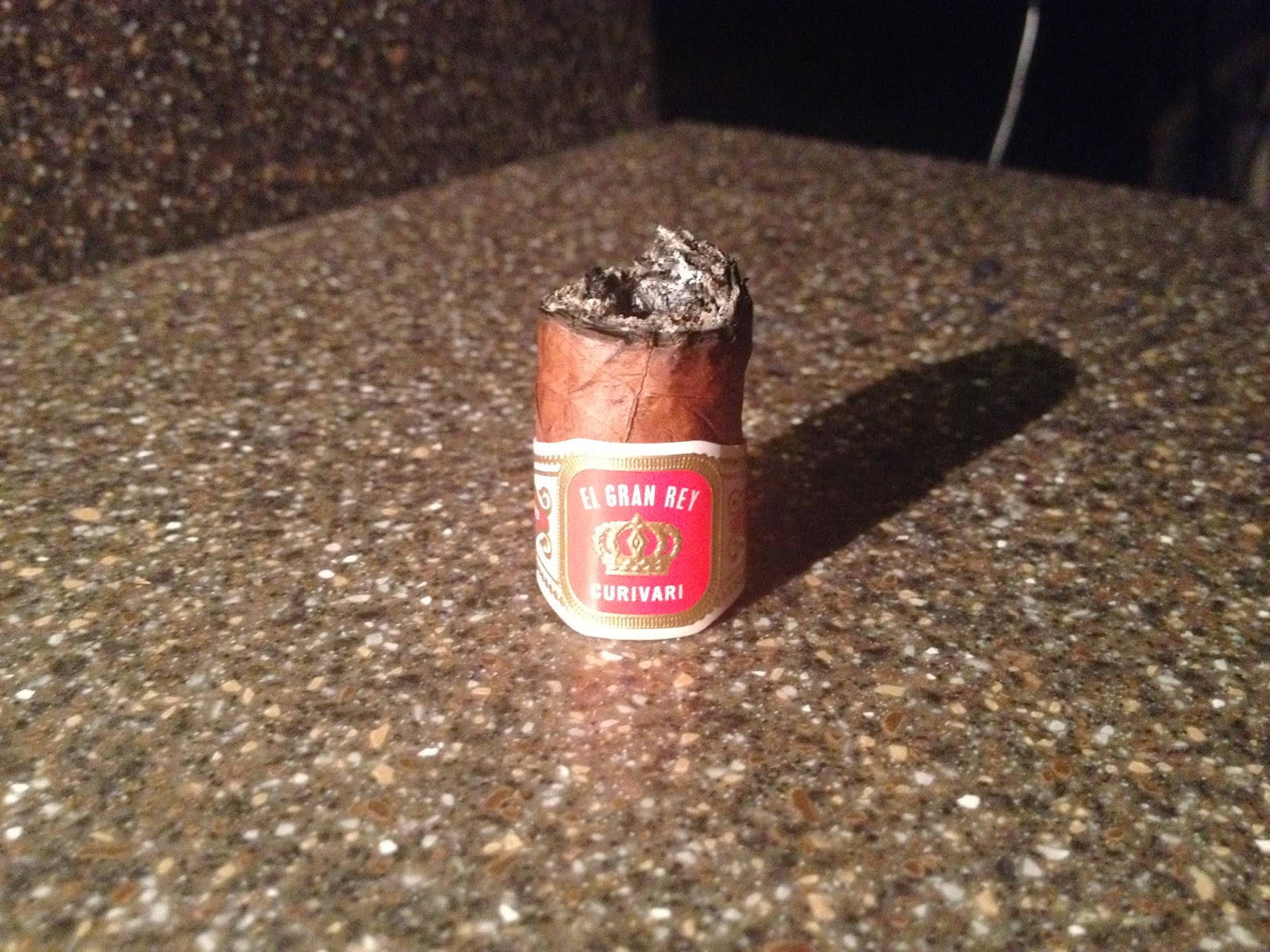 I really liked this cigar and I found that it delivered a nice flavor profile with a perfect balance to body and strength with that. At no point is the cigar overpowering, but from start to finish the cigar is tasty and quite enjoyable. They blend to make their cigars smoke like Cubans, and while the flavor profile is not identical or exactly close, the style is dead on and they are one of few that are blending close to how Cuba does it. These cigars are not always that easy to get, they are often out of stock and back ordered, but that is because they are extremely boutique and in high demand. They do a great job of flying under the radar and they are a true hidden gem to many. I have been in very few retail stores that carry these sticks, but the ones that do recognize what they have and inform their smokers of the product and are able to sell them. I am giving this cigar a solid 89 rating and look forward to smoking some more down the road. 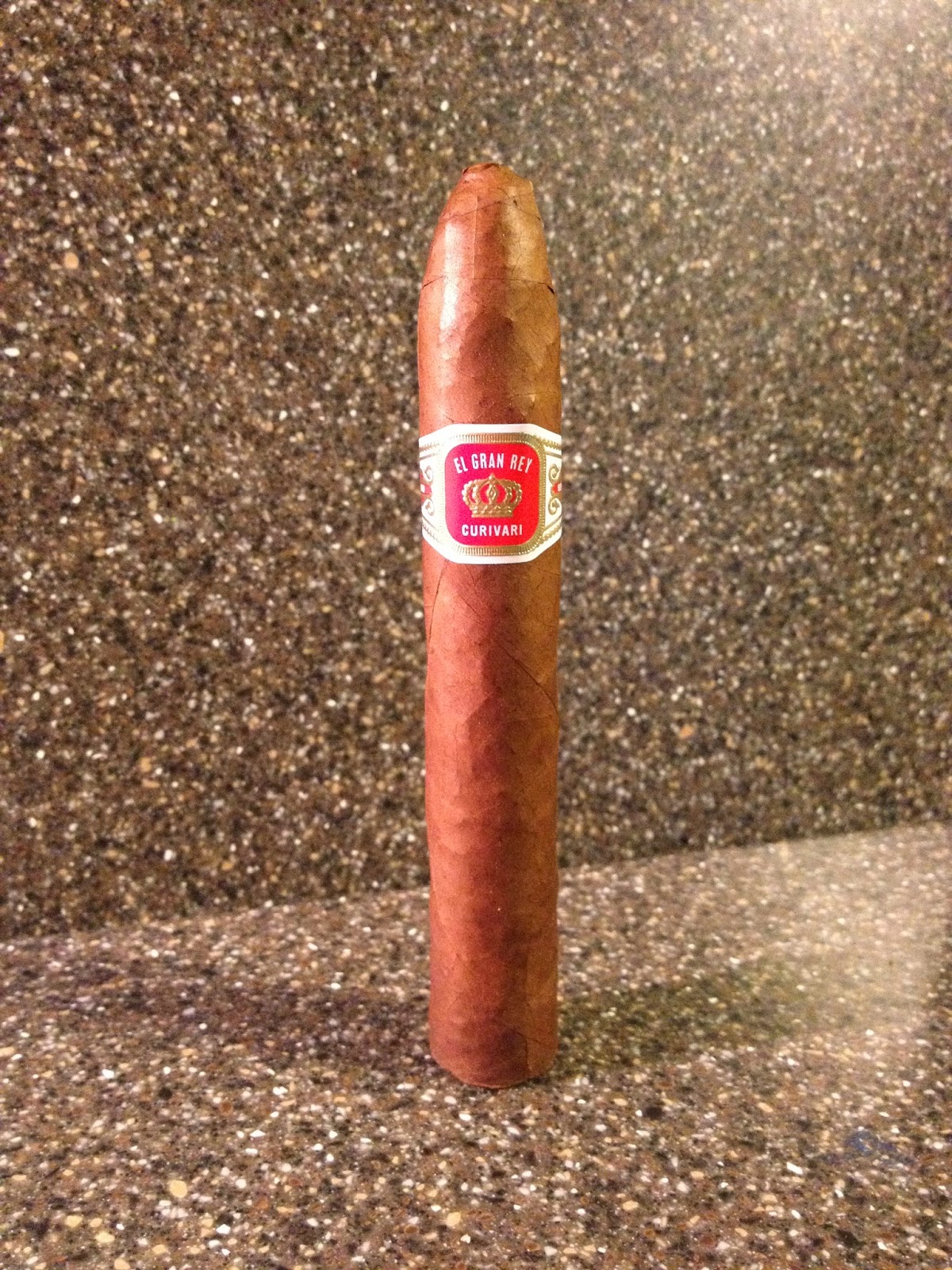