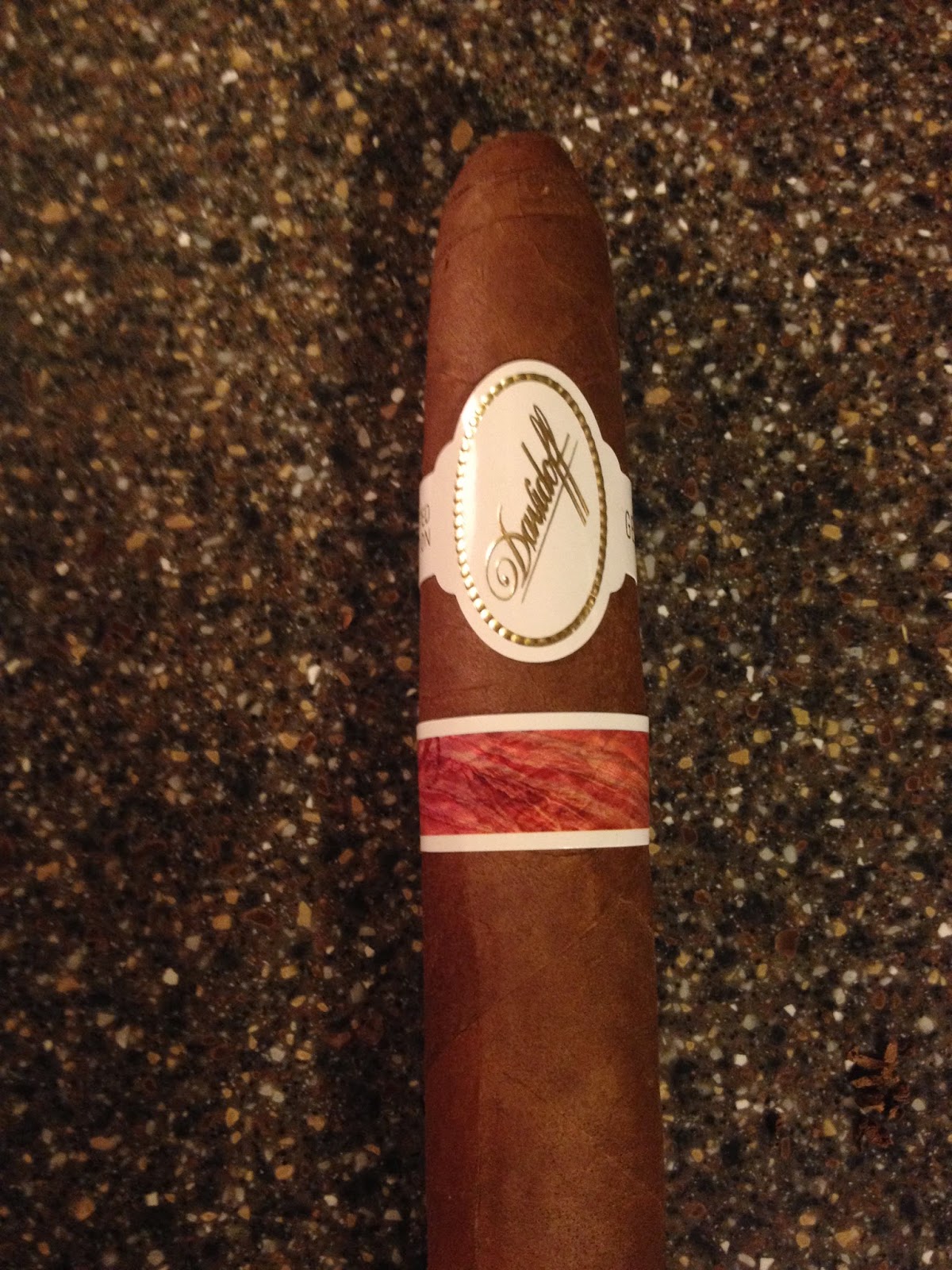 In 2018 Davidoff got involved with Art Basel. Art Basel is a group that focuses contemporary art, and they showcase the art in Basel, Hong Kong and Miami. Their goal is to provide contemporary art to the world, and that is why their galleries are in the three locations that they are. One of the reasons why Davidoff got involved with Art Basel was to help promote artists from the Dominican Republic and Caribbean and provide them with an opportunity. As a company that produces a majority of their cigars in the Dominican Republic, they wanted to give back to the country that has been so good to them for many years. One of the artists that they are helping to promote is an artist by the name of  Quisqueya Henríquez. She is an artist that was born in Cuba, but now lives in the Dominican Republic and is following her passion of art. While living in the Dominican Republic, she requested a tour of the Davidoff facilities to get a better understanding of how cigars are rolled. A Cuban native, she has an understanding of tobacco and cigars. While touring the fields and facilities she was inspired and created a piece of art that was her vision of a tobacco leaf. Davidoff loved the piece so much that they used that as the focus for their Davidoff Art Edition 2020.

The new Art Edition 2020 will be limited to 6,000 cigars and will be available in ten count boxes. They took two of her pieces of art involving the tobacco leaf and placed that artwork on the lids for the boxes. Half of the boxes were inspired by one piece of art, and the other half the other piece of art. Both cigars are the same blend, though have a different secondary band, and are Dominican puros. The cigars are rolled as perfectos and measure 5 15/16" with a 54 ring gauge at the center. I am sorry, I do not have further information at this time on the tobacco used. The perfecto has a wrapper that is slightly gritty to touch, but still fairly smooth overall. There are some minor veins present throughout and it has an aroma of tobacco, hay and cedar on the wrapper. The foot shows a soft aroma of sweet coffee notes and it is accompanied by some hay notes as well. The cold draw is perfect and I eagerly lit up the foot. 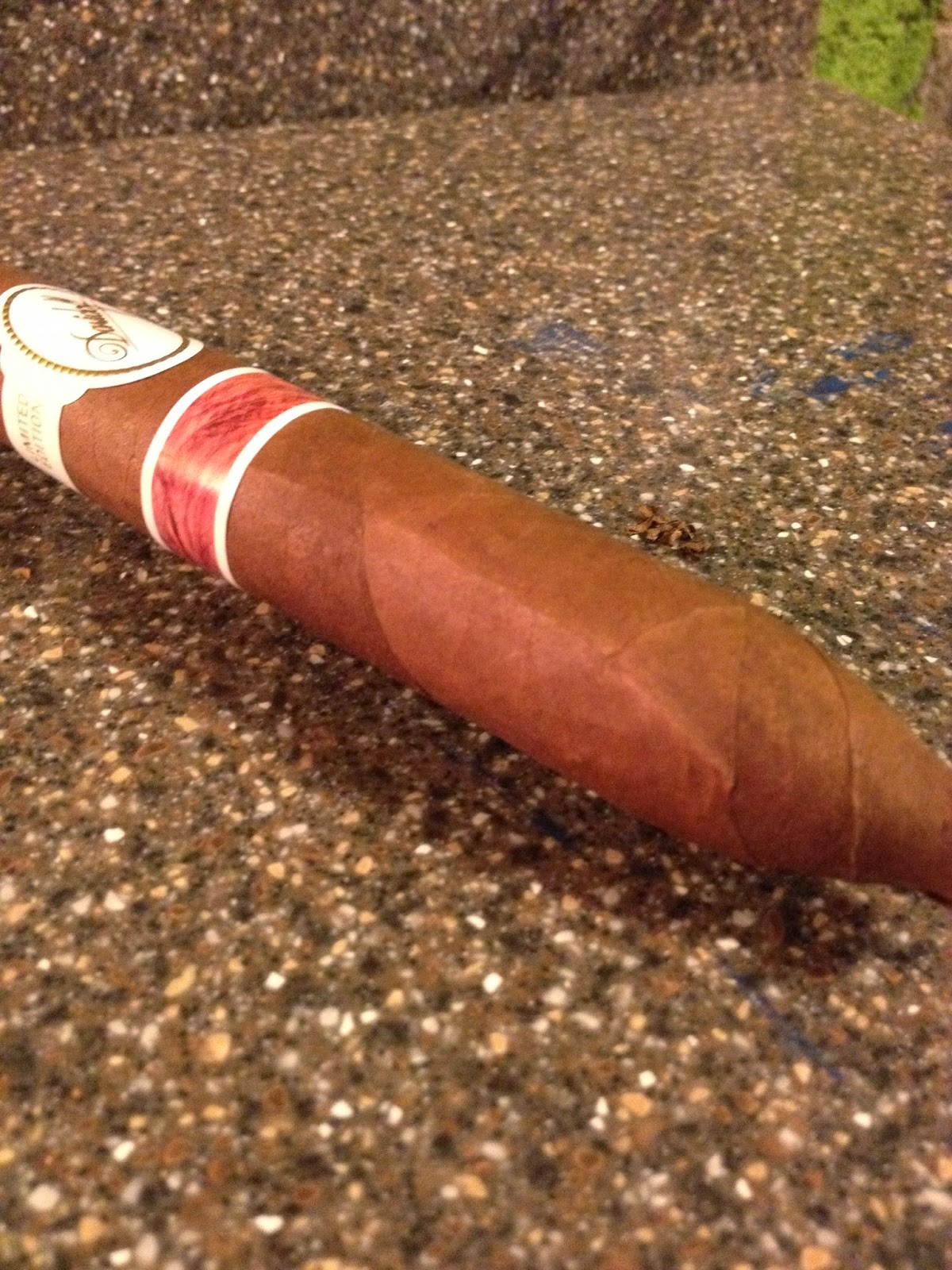 The perfecto begins by showing some classic Davidoff flavors of hay, lemongrass and cedar, but it is accompanied by some terrific sweet tea notes that have some sugary qualities to them as well. There is this sweetness to the cigar that I can not entirely put my hands on, but for some reason it is reminding me of a lighter and more natural vibe to the classic original flavored bubble gum. It is truly a complex perfecto, and it has an abundance of depth thus far. There are some sweet coffee and cream notes present as well, and maybe that is what I am getting with the sweet flavors. In terms of body I would say it is smoking at a medium level and the strength is right there as well. At no point is this perfecto too much, instead it is perfect. Along with that, there is an amazing burn line to the cigar and it is producing a light gray ash that is holding on firmly and it has a cool draw with a nice bit of smoke being produced. 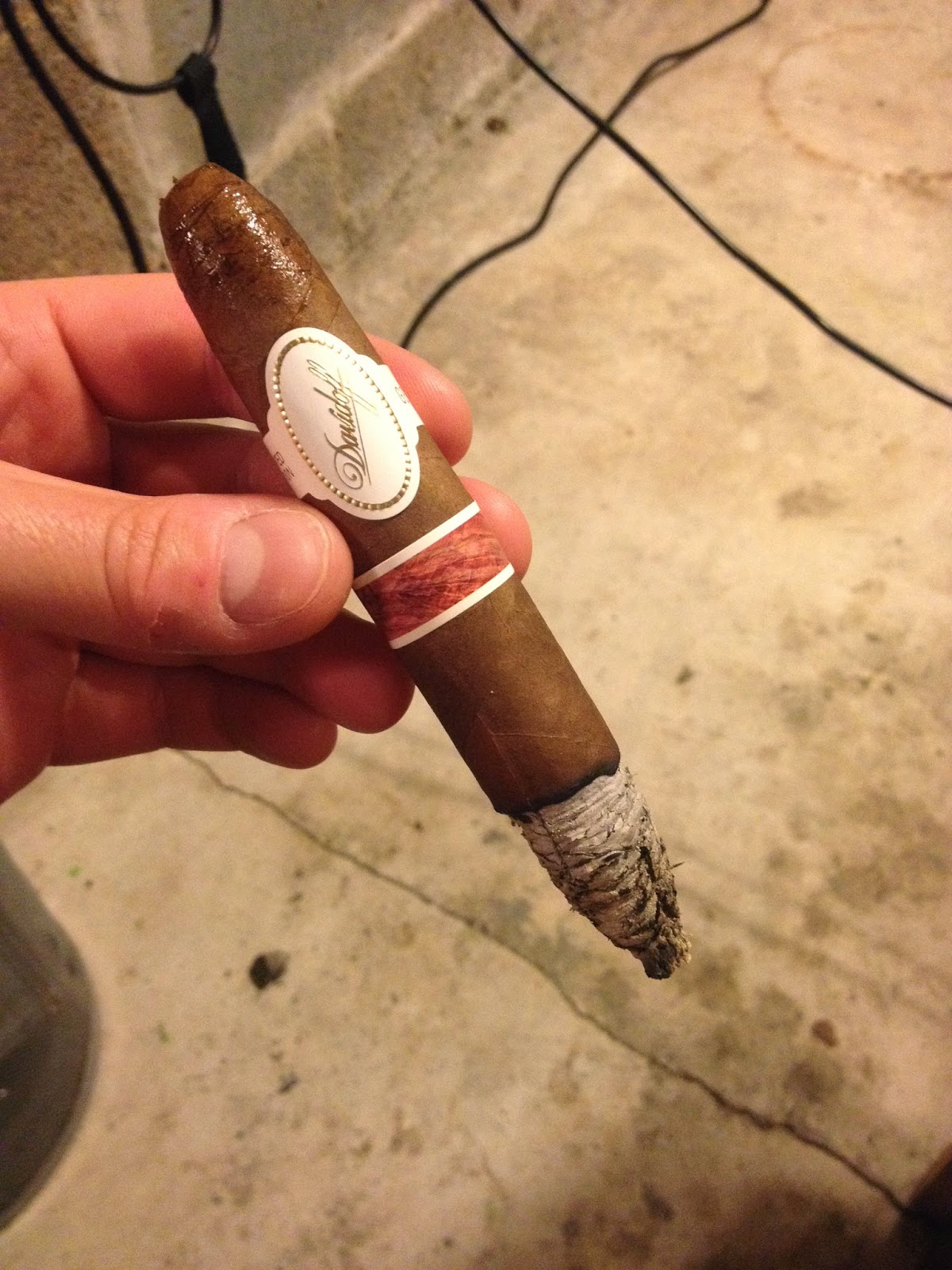 I am in the second third of the cigar now and the flavors are not letting up one bit. It is truly an incredible cigar, and I would not expect anything less from Davidoff. It is showing some lovely cedar, coffee and cream flavors to begin with, but as I focus more on the flavors I am getting some lemongrass, hay and aged tobacco notes as well. Davidoffs are typically always great, but this cigar is truly special. Right now I would say this is in the top three cigars smoked this year. In terms of body and strength, I am finding that it is increasing some and I would say it is between medium and medium full overall. The construction remains perfect as well and it is showing that razor sharp burn line with the lovely charcoal ash holding on firmly at the end. It is hard to find anything wrong with this cigar and the price definitely justifies the smoke itself. 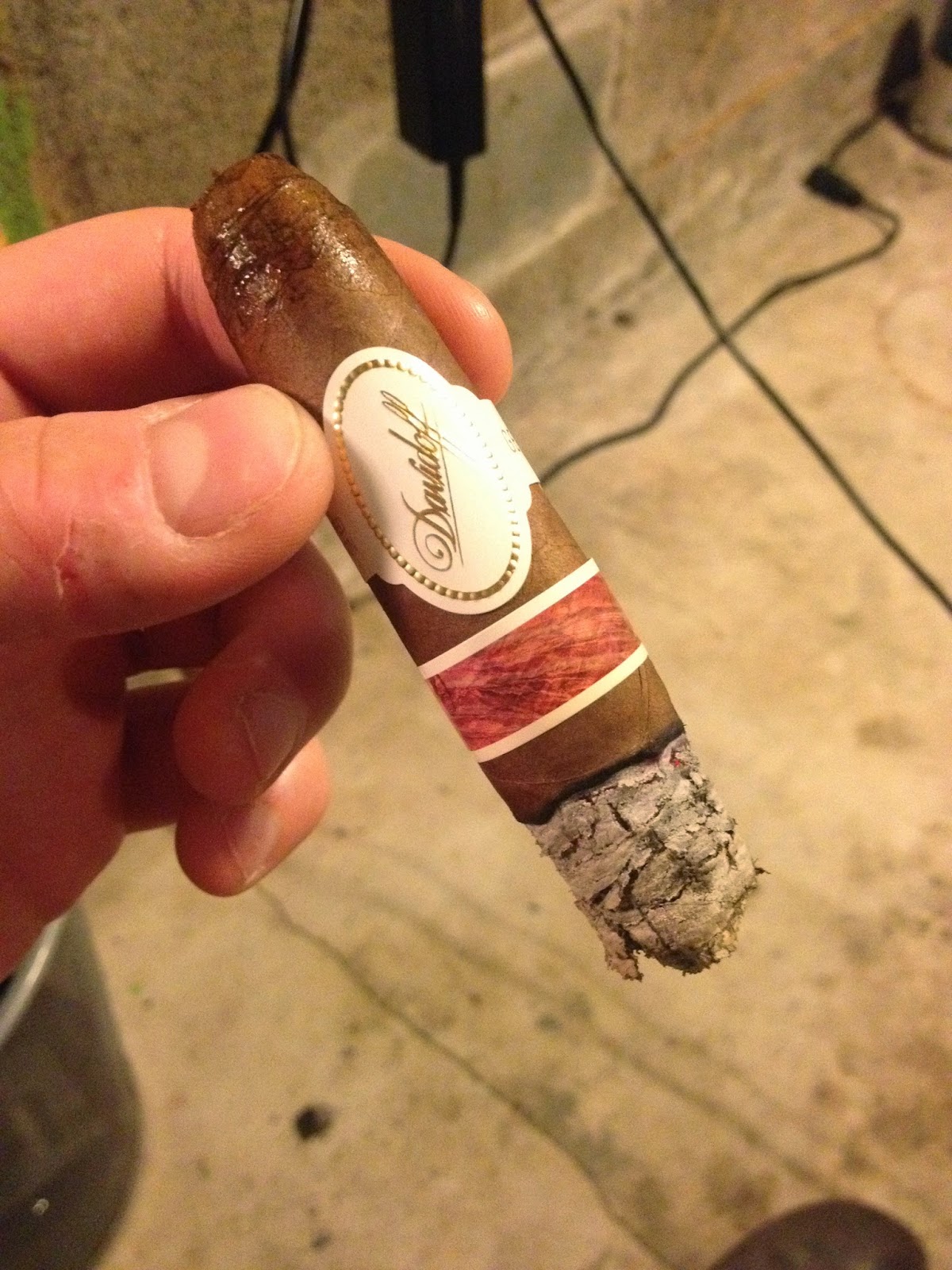 When I get into the final third of the cigar I find that the perfecto is closing in a manor that is similar to that of the first third. It has some terrific hay and cedar notes, and it has a nice sweetness present as well. I am getting some soft lemongrass notes on the finish, and it has that cream and sweet coffee flavor present to the tapered nub. It is a little bit more reminiscent of the first third, but it is stronger at the same time. While it is a stronger third, I would not say this cigar is much more than medium to medium full, and that goes for the body and strength. It is a very balanced cigar, and it is a cigar that focuses on the wonderful flavors first and foremost. The construction is top notch in this third as well and it is producing a wonderful burn line with a nice charcoal ash that is firm on the end. There is a nice bit of smoke being produced and the final draw on the end is very cool. 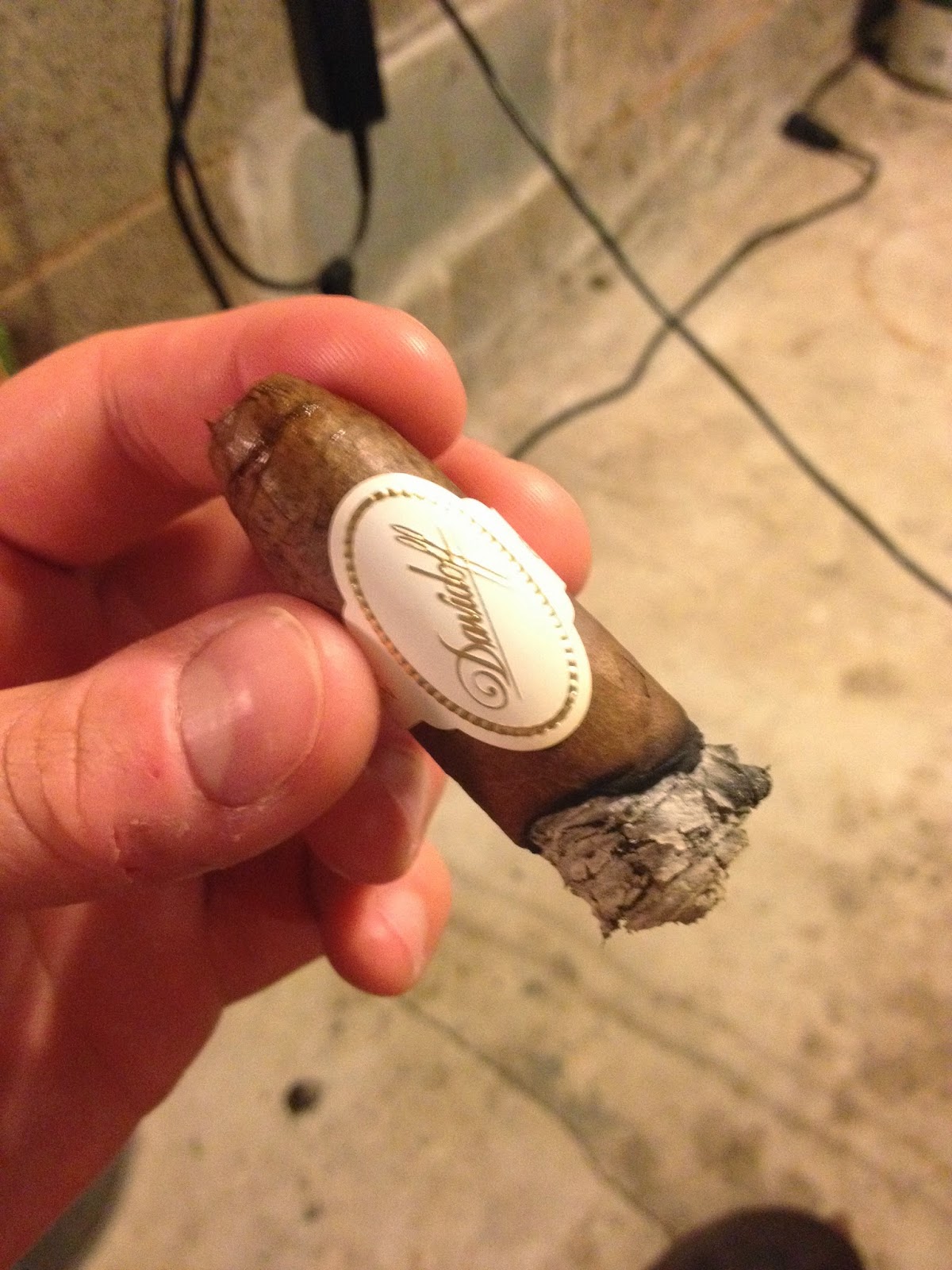 There are some cigars that are overpriced, I think we all know that, but I can tell you with confidence that with this cigar that is not the case with this smoke. The perfecto is constructed absolutely perfect and it shows nothing but excellence in burn line and draw from beginning to end. At no point is it showing any flaws, but instead remains truly wonderful. The body and strength remain balanced from beginning to end as well and it is a cigar that has nothing but balance from start to finish. The flavors were amazing as well and it has depth and transitioning. The blend is great in the perfecto offering and you can really pick up the wrapper and filler tobacco flavor as you smoke through the cigar. This is one of the best cigars I have had this year and besides the fact that they smoke great now, I imagine that in months and years this cigar will be even better. I am giving this cigar a solid 94 rating. 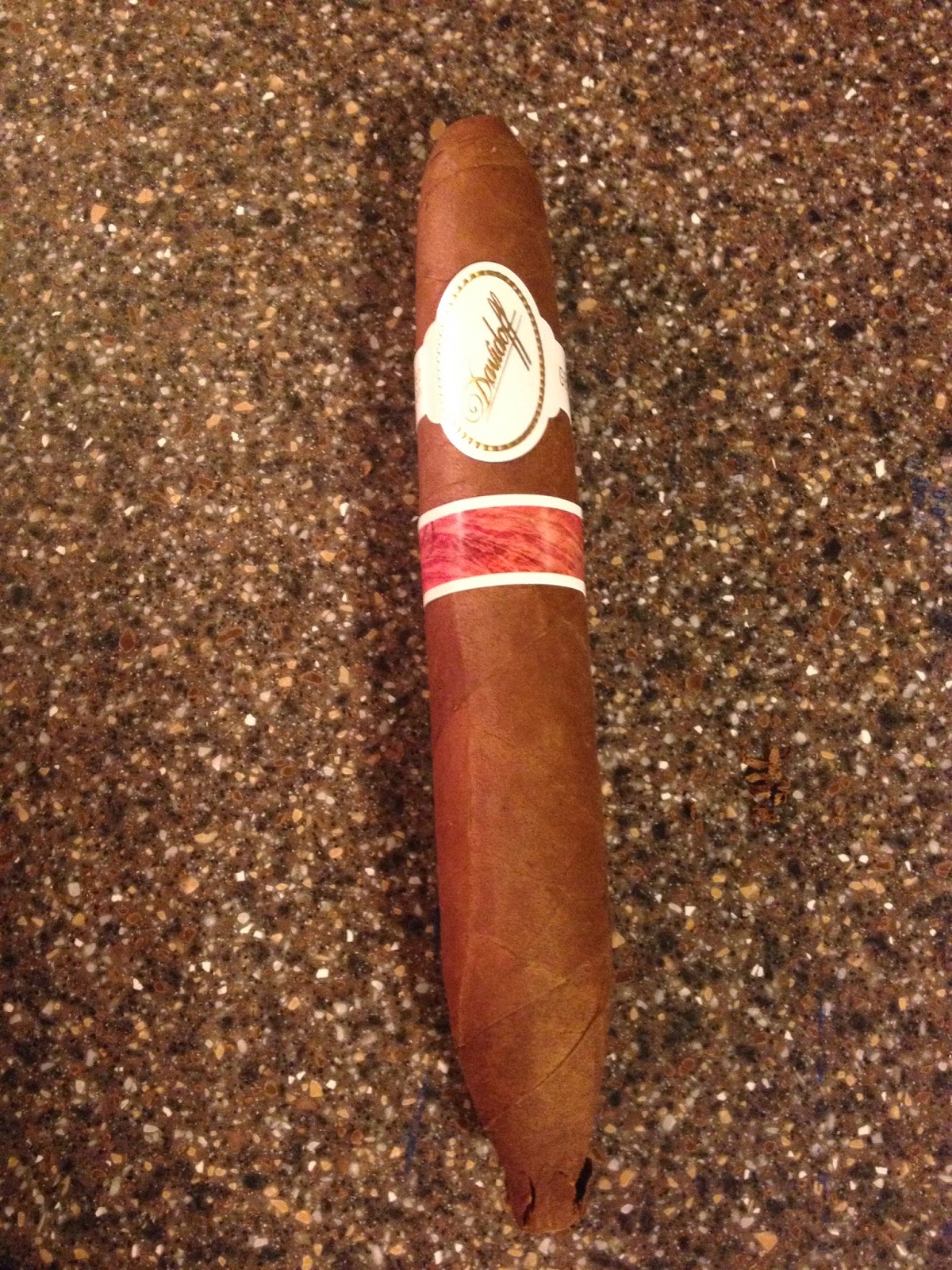