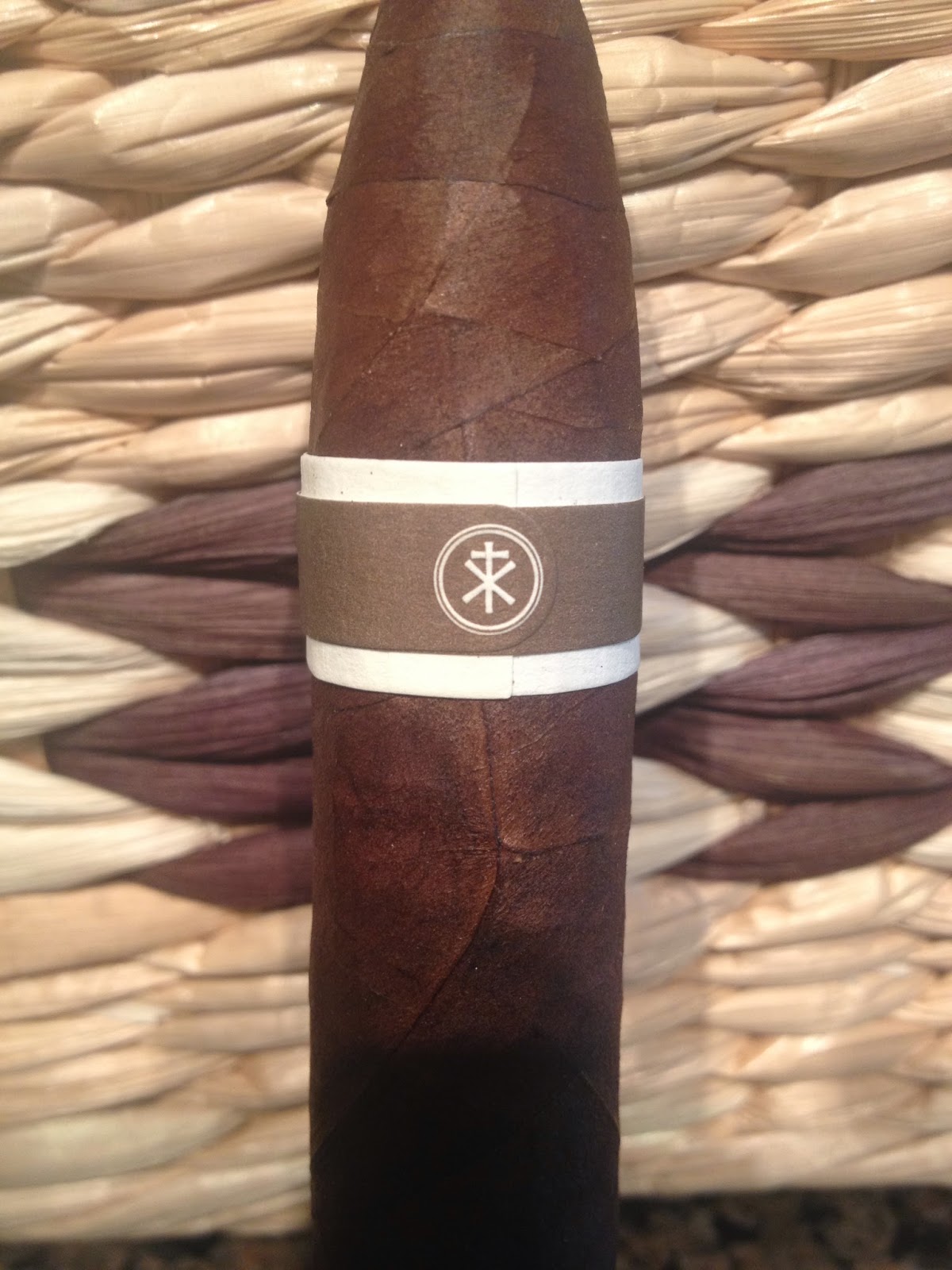 If you have not noticed already, the Aquitaine and CroMagnon lines pay homage to early humans. We are talking Paleolithic and Mesolithic times, and you can see all of the references when reading about the vitola names. Heck, he uses the name Aquitaine to pay homage to the area of France that saw large settlement of humans in Paleolithic times. Today though we are focusing on a newer vitola in the lines and one that is not as obvious a reference to Paleolithic and Mesolithic times. The cigar is the Aquitaine Mode 5 and it was released this year. Mode 5 makes reference to the latest development in stone tools during the Mesolithic times, and we are talking around 20,000 to 10,000 BCE. These tools began to include microliths and to no surprise, a lot of these stone tools were shaped like Roma Craft's figurado, the Mode 5.


The Mode 5 is one of the latest additions to the Aquitaine and CroMagnon lines and it is a figurado. It measures 5" with a 50 ring gauge and has a nice tapered head. Like all Aquitaines, the cigar comes with an Ecuadorian Habano Ligero wrapper and a Cameroon binder. The filler is a blend of Nicaraguan tobacco from regions such as Pueblo Nuevo and Esteli, and is made in Esteli at Fabrica de Tabacos Nica Sueño. The cigar is rolled incredibly well and it has a beautiful Ecuadorian Habano wrapper. There is this leather texture to touch and it has some minor veins present throughout the cigar. The coloring is that of Colorado Maduro and it has a nice raisin like appearance. In terms of an aroma, the foot is showing an aroma of aged tobacco, rich earth, spices and damp wood. On the wrapper I am getting some similar qualities, and it has a leather aroma present as well. 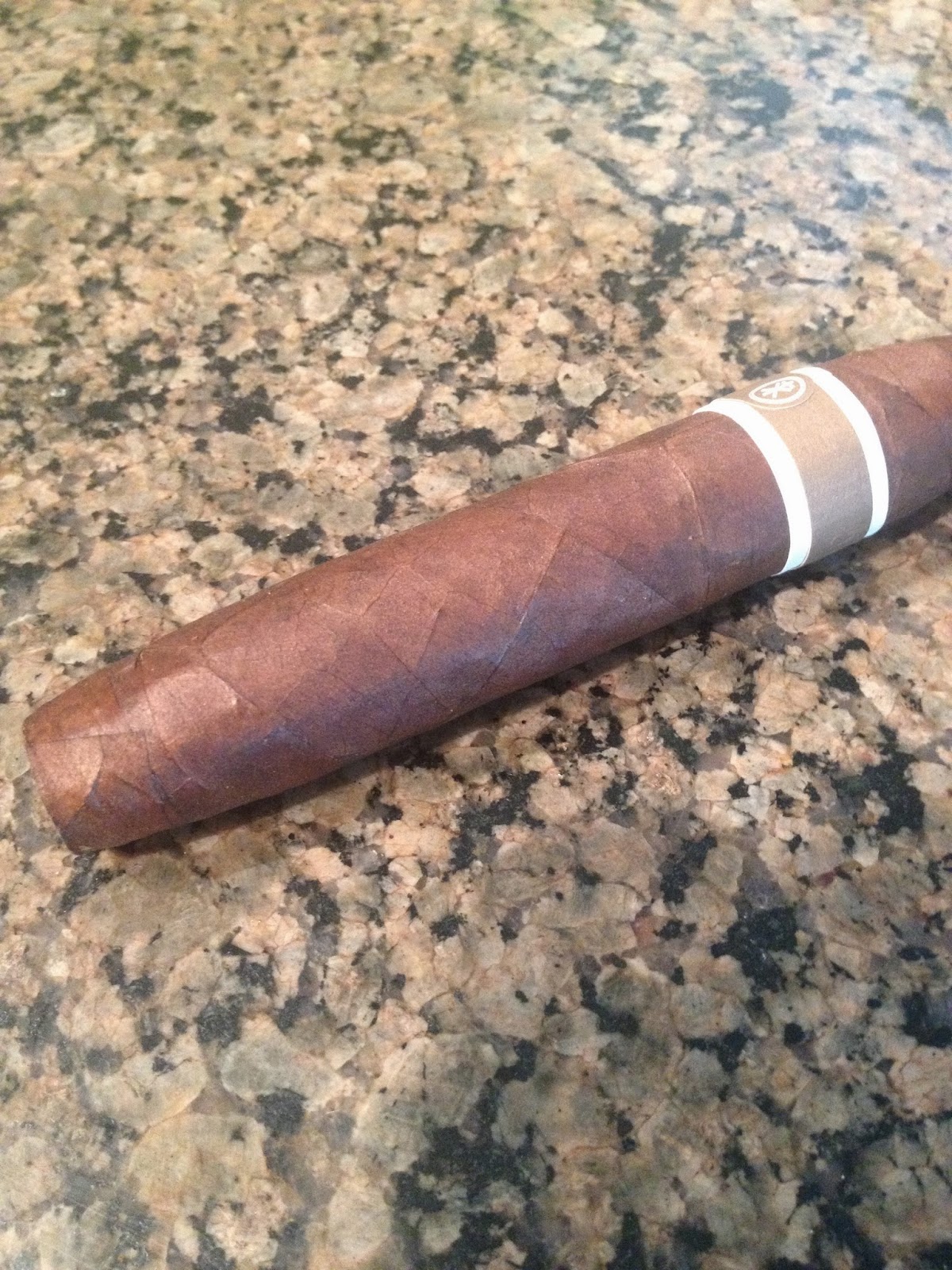 The first third begins by being very strong, but it is showing some wonderful flavors as well. I find that with the Aquitaine line, for every three I smoke, one is very strong. This is that cigar and it is a beast. The flavors produced are complex and summer like. I am getting some soft sweet cedar notes, and it is accompanied by some spice, pepper and leather. There are some earthy qualities to the cigar as well, and while it is a dryer flavor profile cigar, there are some rich earth flavors present with that. As I mentioned earlier, the cigar is strong and I would say it is smoking at a full level in that sense. The body is right there as well, and I would give this cigar to a seasoned smoker hands down. It is a later afternoon and evening cigar for me, but I know some guys smoke these in the later morning with no problems. With some great qualities in flavors, the cigar is smoking wonderfully as well and it is producing a nice even burn line with a beautiful charcoal colored ash. The ash is holding on firmly to the cigar and it a firm ash as well. The smoke being produced is cool and plentiful, and it has a very nice draw overall. 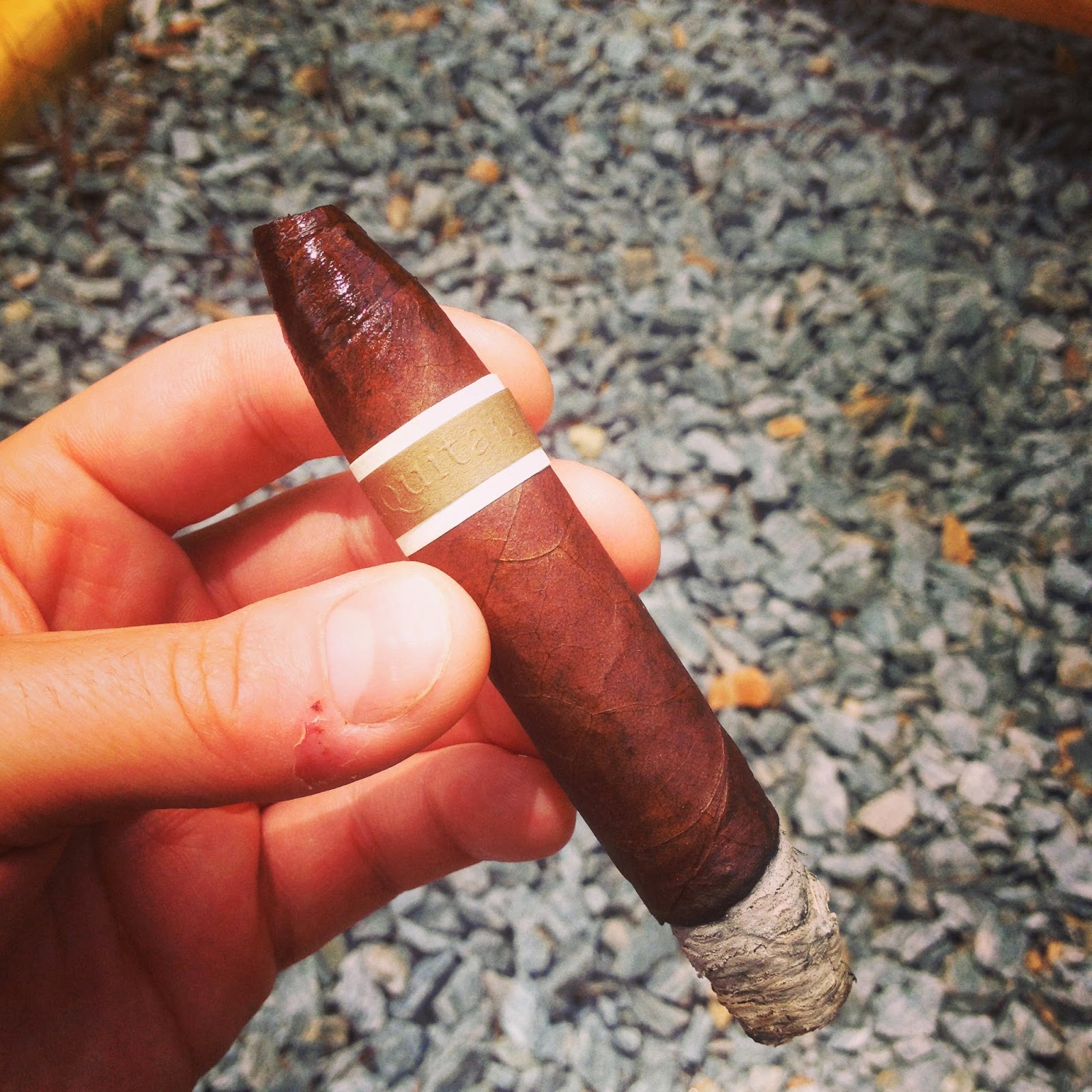 I am in the second third of the cigar now and the flavors are still rocking and the cigar is smoking wonderfully. I am getting some great cedar, oak and leather notes, and it is accompanied by some strong spice and pepper notes with that. There are some earthy qualities present as well, and some coffee bean and cocoa notes with that on the finish, and this is a flavorful smoke. In terms of body and strength, this cigar is not letting up and it is still a full bodied smoke that a seasoned smoker would really enjoy. I would not give this to a novice, not even if it is late in the evening, and that is because of what this cigar offers in terms of strength. Now, with age they soften some, but they are still medium full sticks after all that time. With construction it is still smoking consistently awesome and it is producing that even burn line with that firm charcoal ash on the end. The draw is cool and there is a great bit of smoke being produced.

When I get into the final third of the cigar I find that the flavors continue to rock like they have been thus far. The dry notes of cedar, oak, leather and tobacco are still going strong and they are accompanied by some intense spice notes. The black pepper flavors are very strong in this third and it is showing some coffee, cinnamon and soft cocoa notes with that. The cocoa flavors are more of cocoa powder and it is unsweetened cocoa powder. Full body and full strength is the only way to described the body and strength of the cigar and it is not a smoke for an inexperienced smoker. I smoke these in the afternoon sometimes and for me they can sometimes be a little strong. In terms of construction the perfecto smokes perfectly and it produces a razor sharp burn line with a lovely charcoal ash on the end. The draw is cool and to the end it produces a nice bit of smoke and tons of flavors. 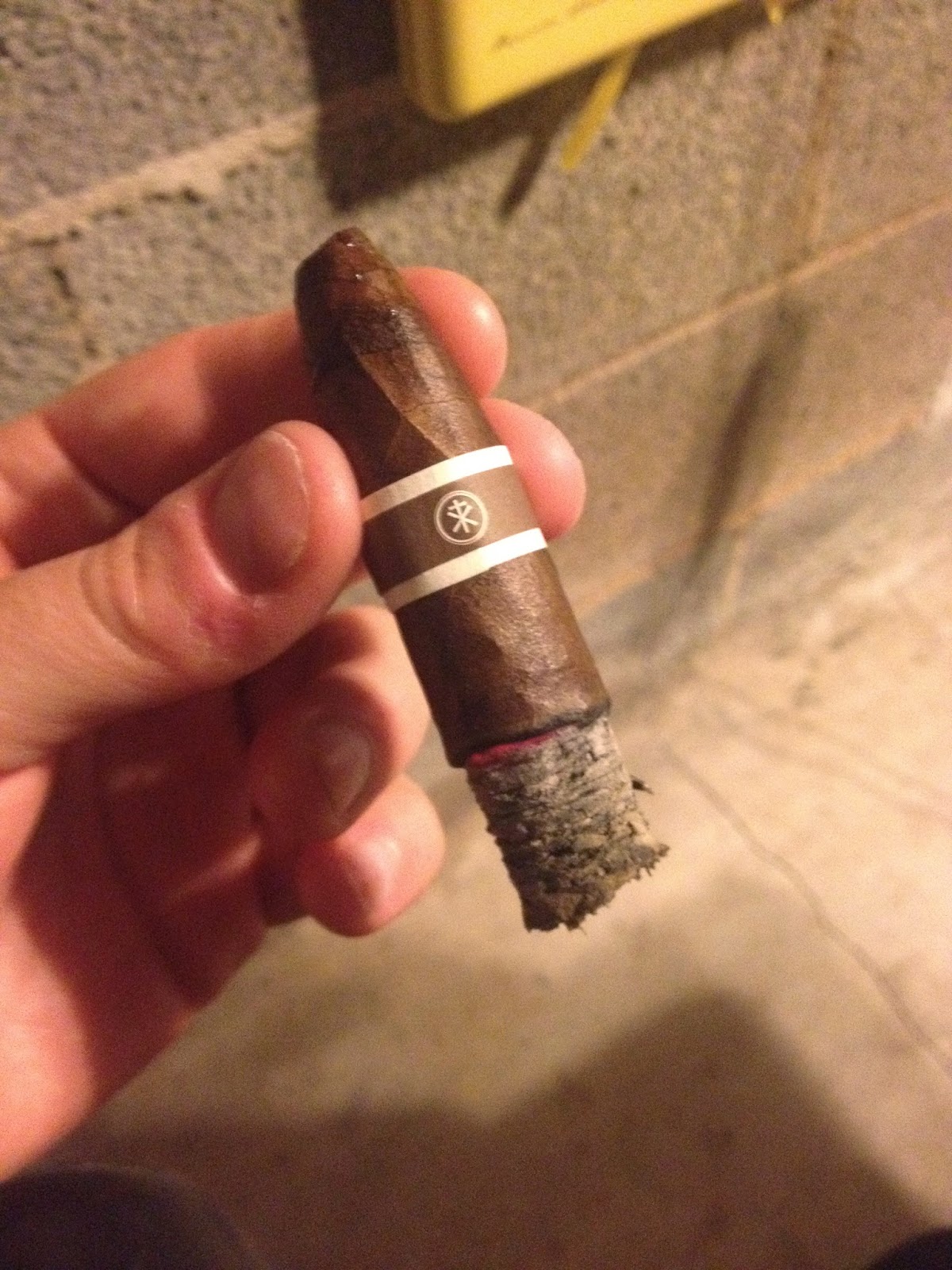 I loved the Mode 5 and to be honest with you, I love most of the Aquitaines. I find that they always deliver some incredible flavors and about one in every three is a true powerhouse. To me they are strong cigars that are full in body and strength, but they are also very balanced. All the flavors complement each other and there is terrific transitioning from beginning to end. The Mode 5 is an incredible perfecto and for some reason the perfectos released this year have been awesome. I know a lot of guys that love this cigar and the answer is very simple, it is awesome! From beginning to end it showed incredible construction and was producing a burn line that was razor sharp on the end. I loved how you really got the wrapper flavors in the first and last third, and when you get to the middle you really begin to taste those Nicaraguan fillers. I am giving this cigar a solid 93 and will continue to smoke these when available. I already went through a ten pack of these and I know that I will be smoking more for a long time. 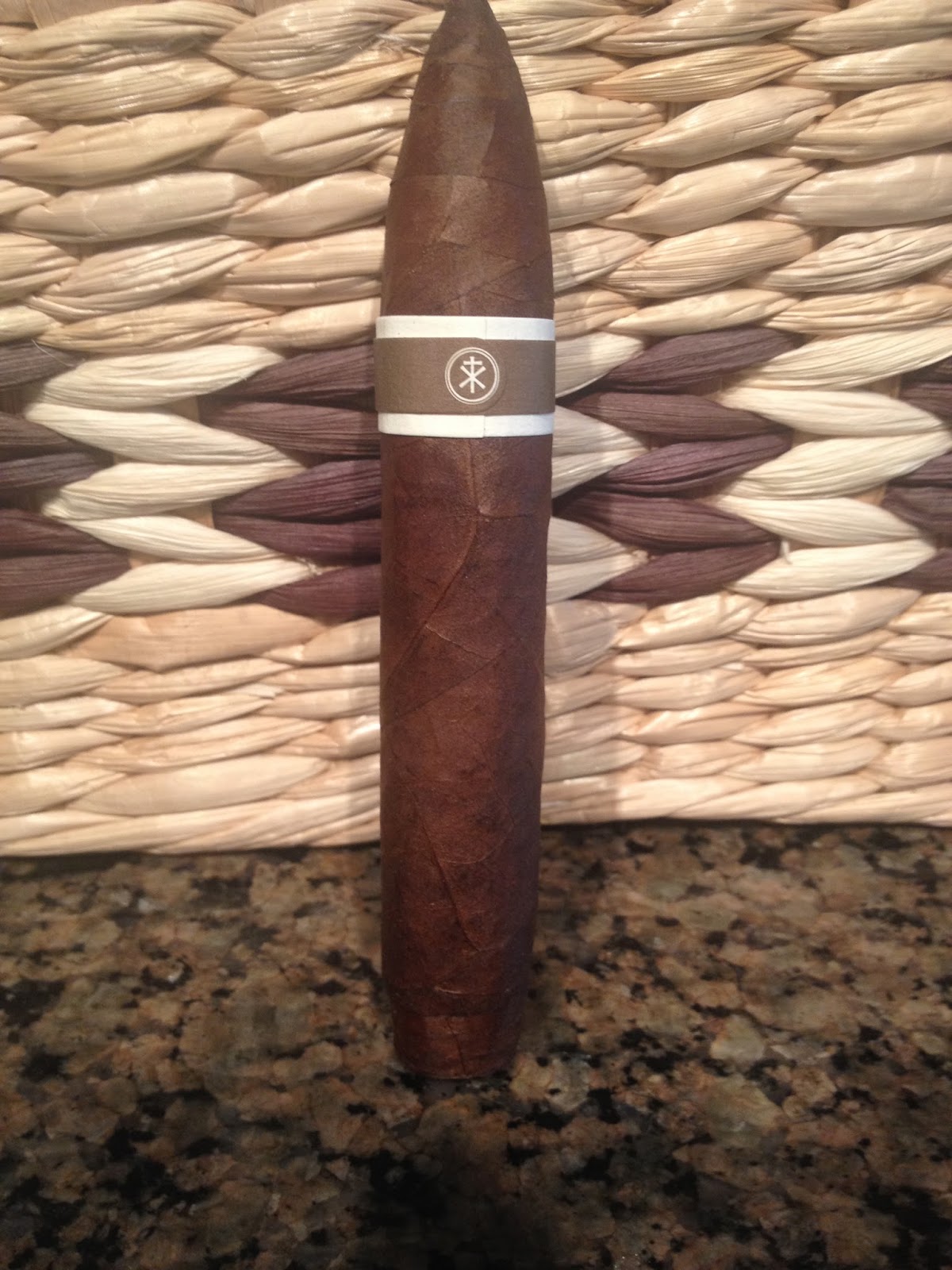