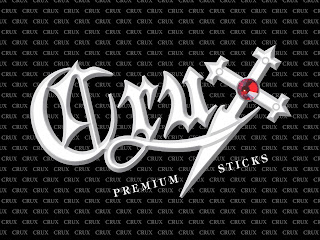 After running a retail store for two decades, Jeff Haugen and Joel Rogers have announced  their new company Crux Cigars. This time they will be leaving the retail side of the business though and be manufacturing cigars. The two have worked on this project for nearly three years now and this month we will be seeing the first two lines of the five planned. These two lines are Ninfamaniac and Skeeterz and they are being made in Esteli, Nicaragua at Plasencia S.A.

The Ninfamaniac is a ninfa double fgurado and is actually two blends, Ninfamaniac Natural and Ninfamaniac Dark. Both blends features Viso Esteli filler tobacco with an Indonesian binder, but are finished with a Habano Jalapa and sun grown Jalapa wrapper respectively. The cigars measure 7" with a 33 ring gauge and will be limited in initial production. The Natural's initial production will be 5,000 while the Dark will be 2,000. The cigars are sold in boxes of thirty, and are wrapped for five packs as well.

The Skeeterz, which will also have a limited initial production of 50,000 cigars is a purito and measures 4" with a 32 ring gauge. The filler tobacco is Nicaraguan Habano and it has an Indonesian binder with a Habano wrapper from Nicaragua. The cigars will be solid in boxes of 40 and will also be wrapped in 5 packs as well.
Email ThisBlogThis!Share to TwitterShare to FacebookShare to Pinterest
Newer Post Older Post Home