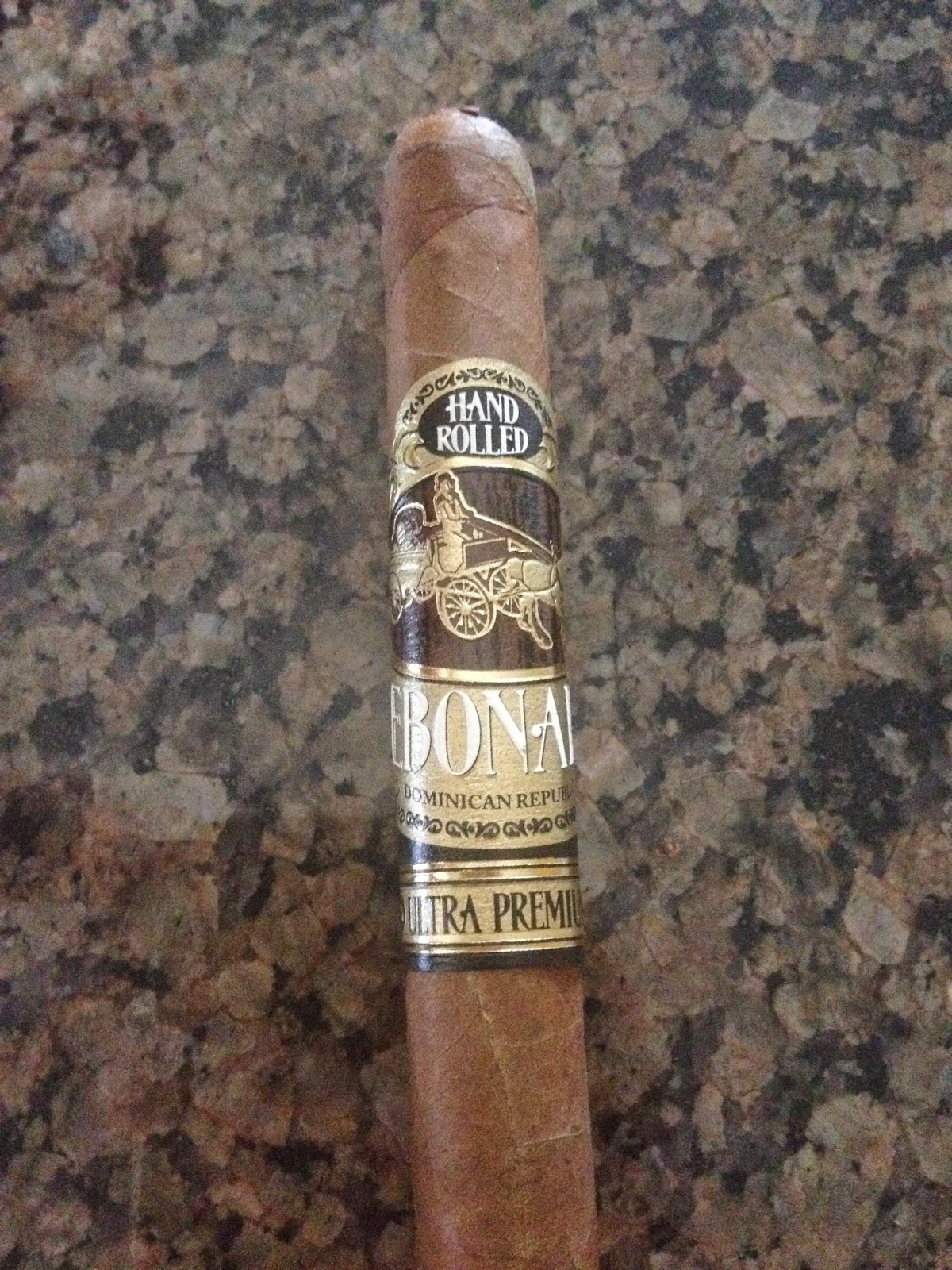 Every cigar smoker knows Rocky Patel and Rocky Patel Premium Cigars. What some don't know is that before he was Rocky Patel Premium Cigars he was Indian Tabac Cigar Company. He did not use his name because at the time he did not feel comfortable enough in putting his name on the brand. What a lot of people don't know is that he had a business partner when he first started and that partner was a man by the name of Philip S. Zanghi III. Zanghi eventually parted with ways with Rocky and would remain out of the industry for many years. Then in 2018 he returned and he made a return with Debonaire Cigars. Partnering with Daniel Sinclair, Zanghi returned with the Debonaire brand, and it was a brand that was limited to three vitolas. Eventually in 2019 he added two vitolas to the line and one of those vitolas was the Sagita Petite.


The name Sagita can trace its roots to the Latin word sagitta which is the Latin word for arrow. Like an arrow, Zanghi's Sagita is a narrow vitola cigar. The cigar can be classifed as a petit lancero and it measures 5 1/2" with a 38 ring gauge. The cigars are being made in the Dominican Republic and and are composed of tobacco from The Dominican Republic and Nicaragua. The wrapper is Nicaraguan Habano and underneath that is a Dominican binder. The filler is a blend of Dominican and Nicaraguan tobacco and it is a beautiful petit lancero. The cigar possesses an aroma that has notes of sweet tropical fruit, cedar, sweet tobacco, hay, honey and it is wonderful. I actually referred to the aroma as sexy in my notes, so I am going to stick with that. The coloring is that of a light Colorado coloring and it has some natural coloring present as well. There are some veins present throughout and it is firm in hand with a touch that is not oily but faint silky qualities. 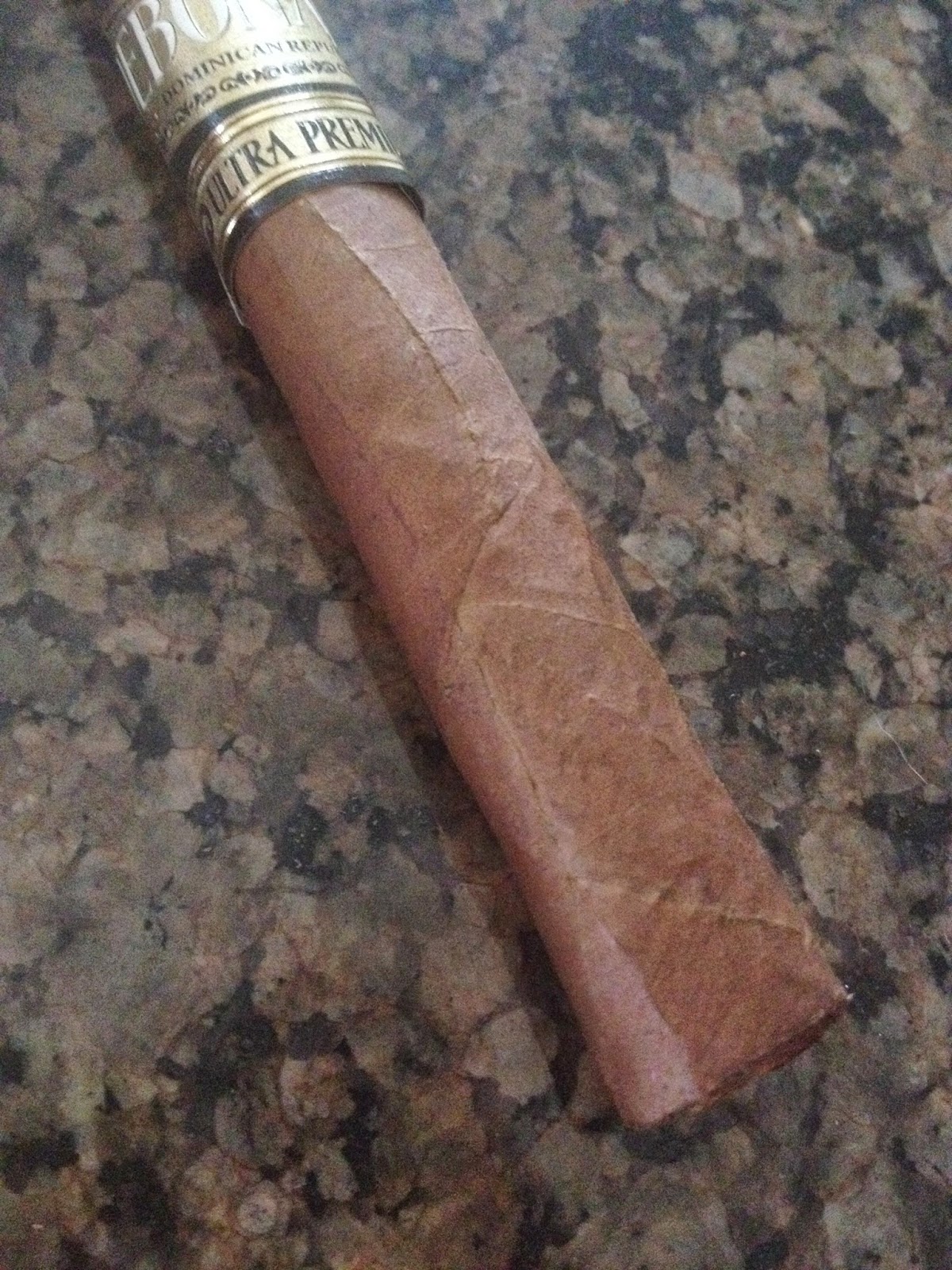 Lighting up the cigar it begins by showing some incredible flavors. There is actually a ton of things going on in the flavor department and it is a complex cigar, that is for sure. I am picking up bits of honey and cinnamon and it is followed by these toast qualities that are showing bits of hay and cedar. Towards the end of the first half it begins to produce a coffee, chocolate and cream flavoring as well and there are a lot of great things going on. The construction on this panatela is truly terrific as well and it is showing a razor sharp burn line with a lovely charcoal ash that is beautiful against the cigar. The ash is holding on firmly and I am getting a great amount of smoke produced with each puff. The draw to the cigar is cool as well and you could not ask for more with a smoke this like. I would say that it is smoking at a level that is between medium and medium full and while the body is closer to medium full and the strength itself is closer to medium in my opinion. 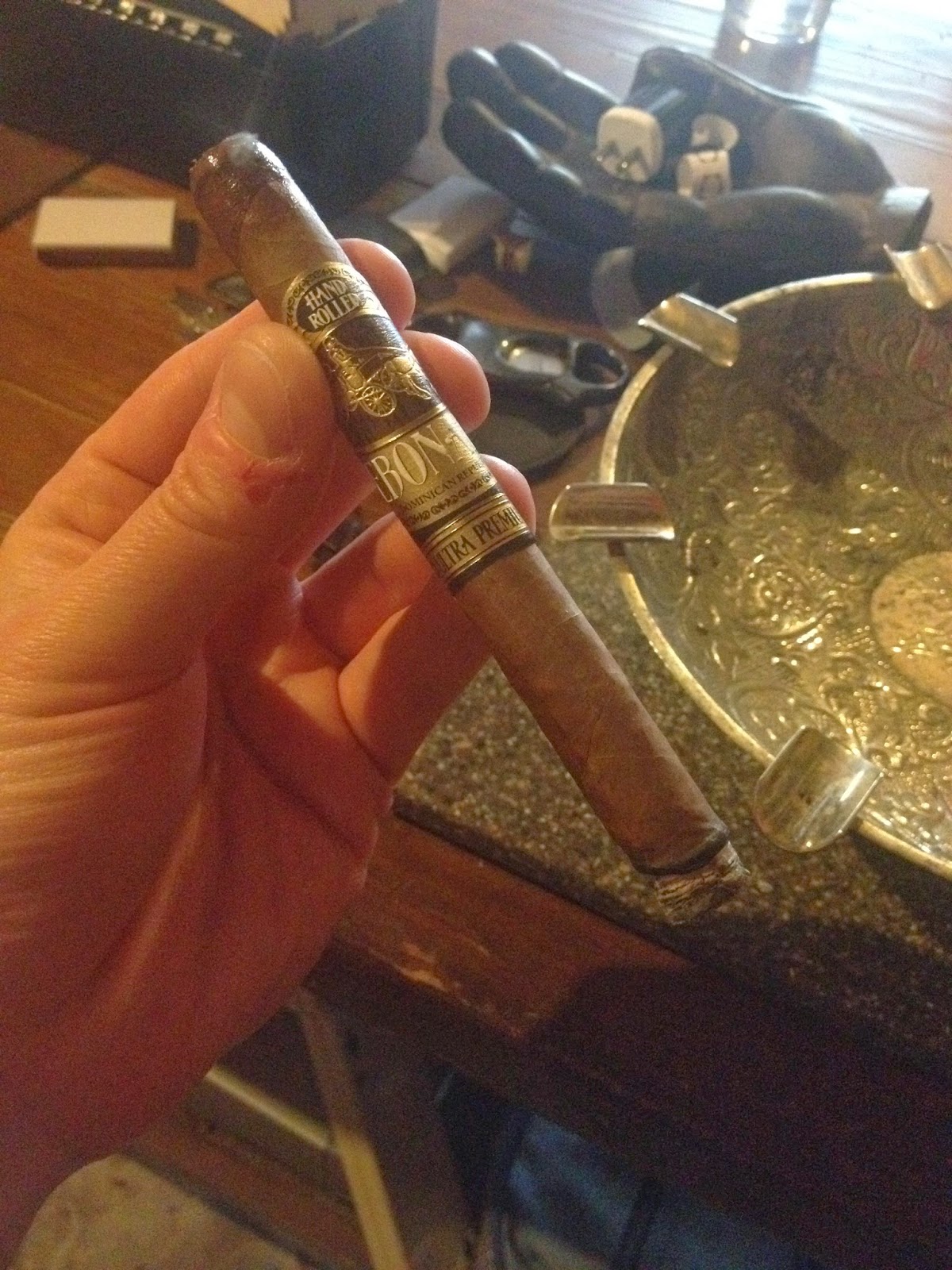 I am in the second half of this cigar now and it is still smoking wonderfully. This is a terrific morning or afternoon smoke in my opinion and it is a cigar that I would light up when time was short. To me it is one of those brands that was blended with me in mind. Everyone has a cigar like this and this is one of those smokes. The cigar is showing a lot more coffee, cocoa and cream notes that were beginning to emerge at the finish of the first half and it is still producing some soft hay, cedar and honey notes. It is really an elegant cigar that focuses on flavors and possessing a lot of depth. To me it is a complex smoke that the more you smoke it the more you pick up items. The construction remains wonderful in this half of the cigar and it is showing that cool draw with a lovely gray ash that is holding on firmly to the end of a perfect burn line. It is still smoking at a level between medium and medium full in this half and I would say that the body and strength are on the same page now. It smokes wonderfully to the end and this is a cigar I will definitely be coming back to. 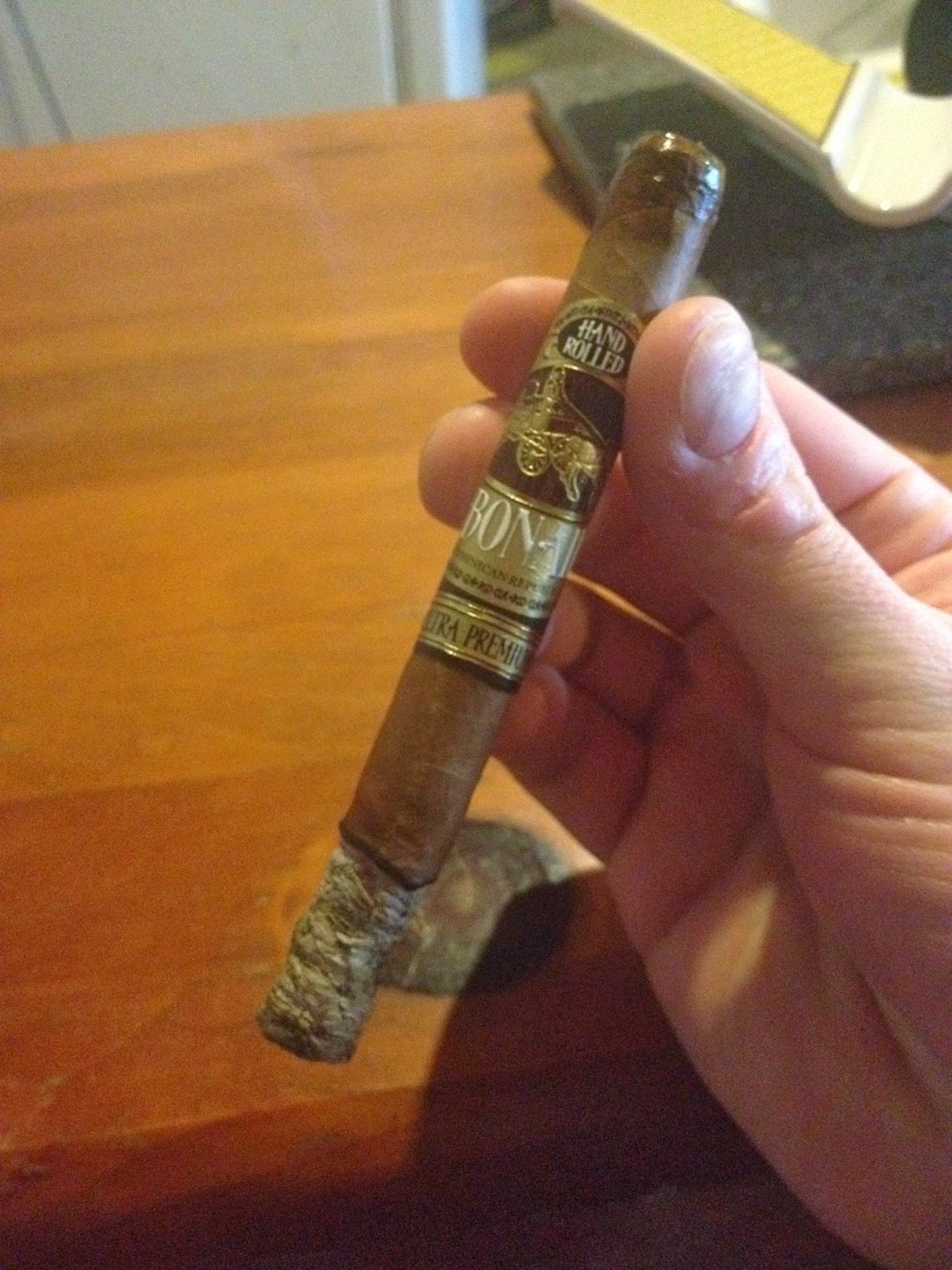 Right now I can tell you that I love the Debonaires I have had and if the rest of the vitolas are anything like this then this is an amazing line/brand. What is cool is that on the interior of the cigar bands is a date and I have been told that is when the cigar was packaged. You see boxes with these codes, always with Cubans, but you don't see it on the bands with cigars. The cigar showed incredible flavors from beginning to end and it was a cigar that was complex and possessed tons of depth. It showed some transition at the halfway mark, but with flavors so complex it could remain the same and truly be amazing. The construction on the cigar was terrific as well and this is a cigar I could smoke back to back all day. Coop thought I would love the blend and he is absolutely correct. I definitely look forward to smoking the other vitolas, I have heard the Belicoso is terrific, but right now I will remember this cigar. I am giving this smoke a solid 92 rating and will be coming back to this smoke later in the year. 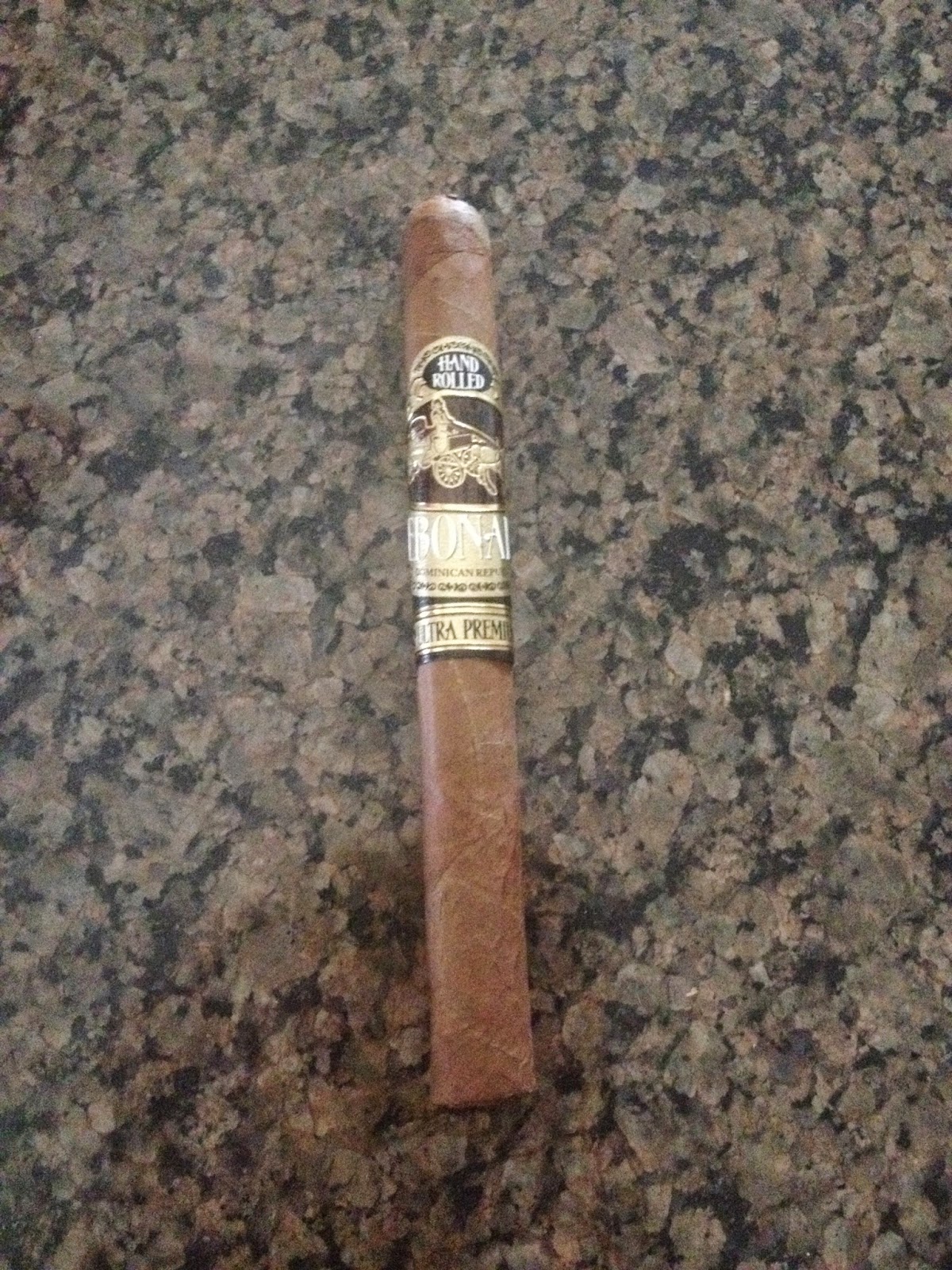