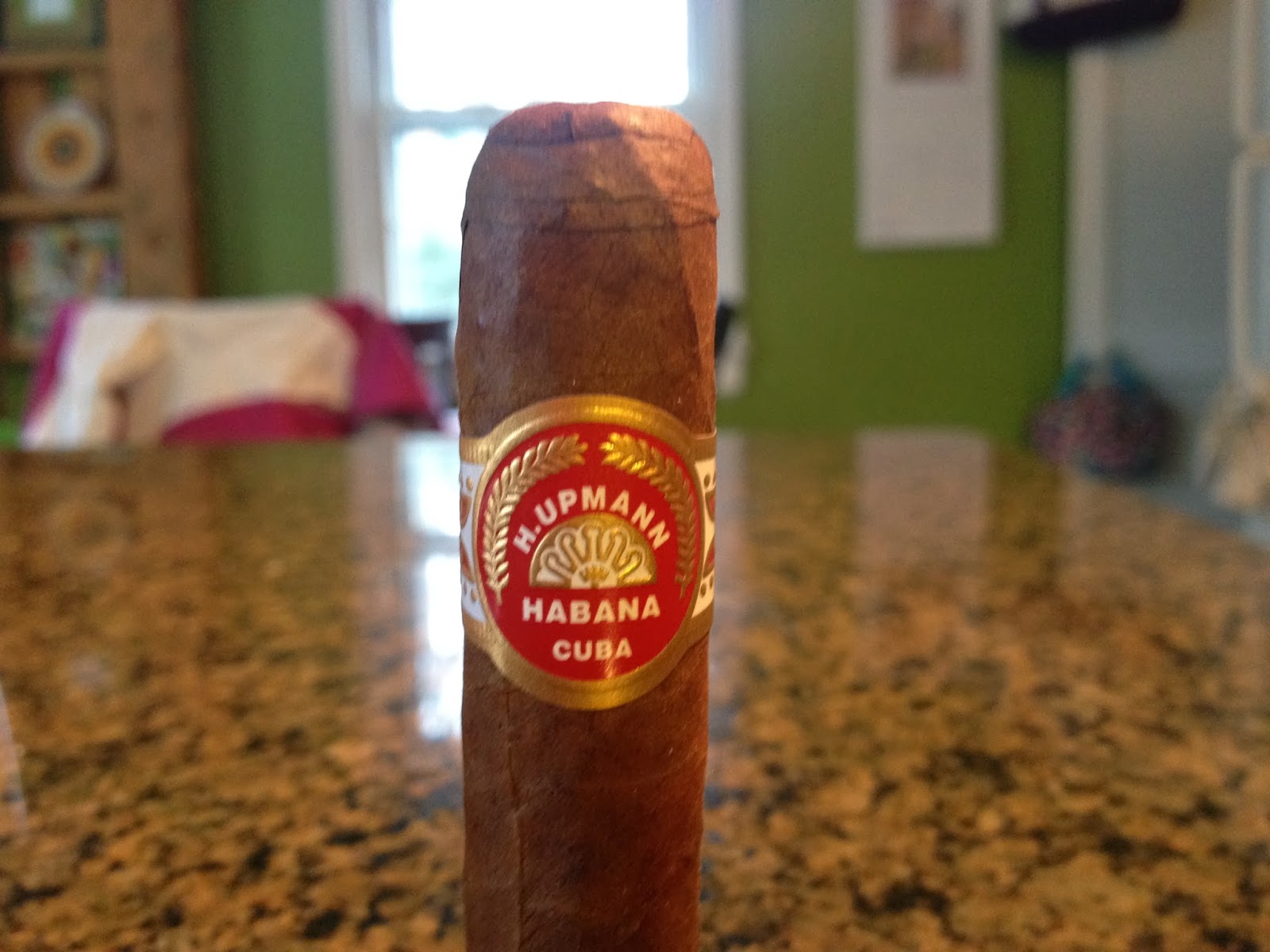 This year is a big year for the H. Upmann brand because Habanos S.A. puts the focus on the H. Upmann No. 2. At the Habanos Festival this year they released the cigar in the Reserva Cosecha Series, and the cigar is composed of tobacco from 2010. It is a great honor for the brand, and will definitely help out the H. Upmann name, but it will be a cigar that is difficult to get your hands on. Instead of putting my time on this limitada, I am going to be focusing on a regular production release that is the latest addition to the H. Upmann brand, and was a cigar that was released in 2017. The cigar is a very small addition, not what you would expect Habanos to release in the 21st Century, but that is possibly why the cigar is so entertaining and fascinating to many smokers. I personally would love to see them release an H. Upmann in the Nro. 109 (Edmundo Dantes) format, but since that will never happen let us focus on this beautiful short smoke.

The H. Upmann Half Corona was introduced in 2017 and has been a positive addition to the brand. It is a small cigar, there is no doubt about that, but it is also very affordable. It comes in tins of five and boxes of 25, and I think the packaging is perfect. The cigar measures 3.5" with a 44 ring gauge and it is an incredible ring gauge. The length is a little bit shorter than I would like, but I am picky on my cigars and their length and ring gauges. I do believe this cigar inspired a lot of the small affordable releases we are seeing on the market currently, but most American manufacturers will deny that. The cigar has a lovely Colorado coloring to the wrapper and there are some noticeable veins here and there throughout the smoke. It features a wonderful triple cap and is rolled very well. The aroma on the wrapper is of spices, wood, leather and salt, and on the foot I am getting those similar aromas with some sour fruit qualities as well. The cigar has a nice cold draw and it has just the perfect amount of resistance. 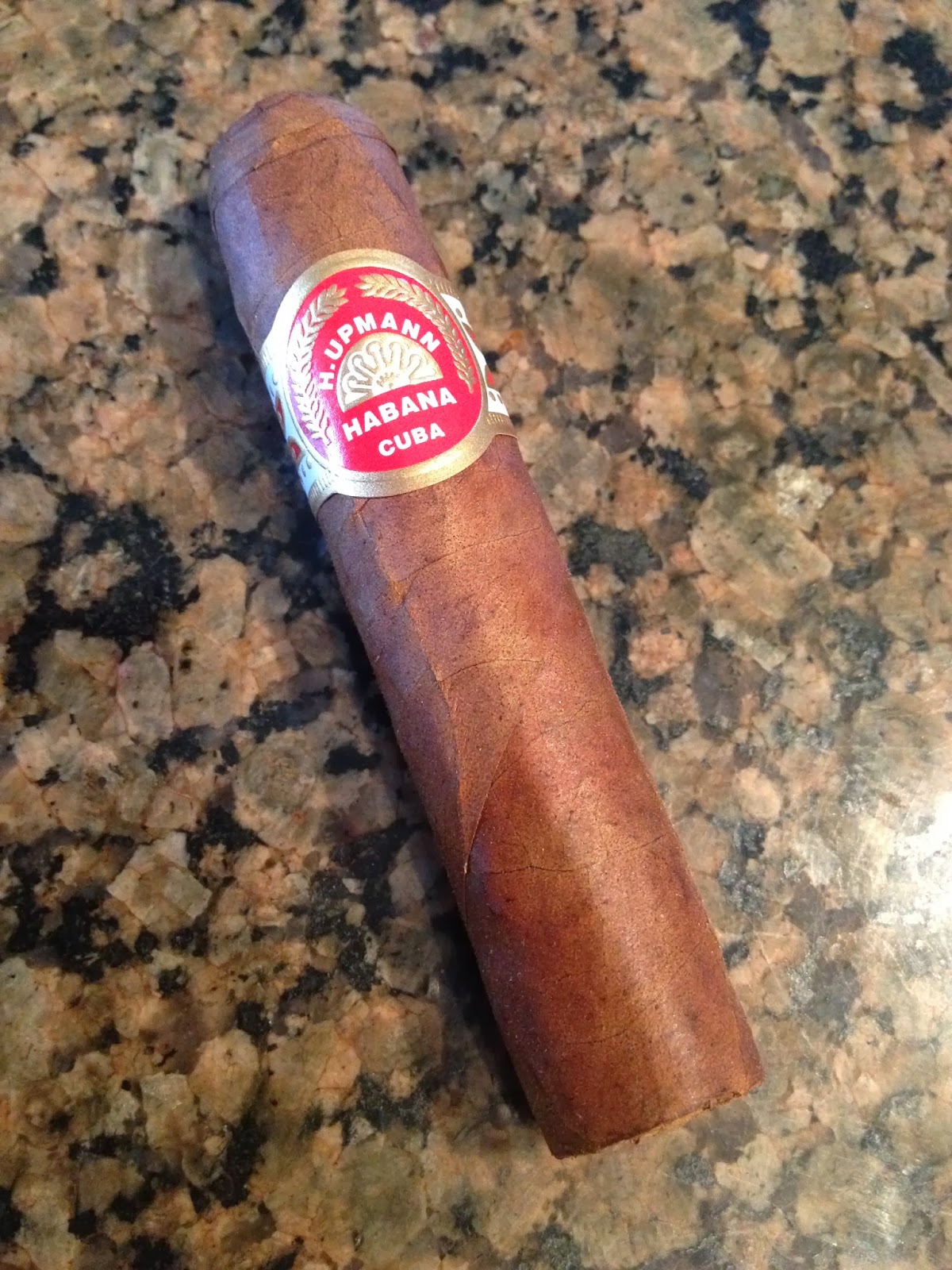 The cigar opens up by showing some flavors that I consider old school flavors. I always view the H. Upmann brand as a traditional brand, and it is showing some solid oak and cedar notes, and I am getting bits of leather and soft spices as well. There are some subtle pepper notes present as well, and it is an enjoyable cigar that is smooth, easy and enjoyable. I would say the body of the cigar is at a solid medium level, and the strength is a little bit less than that. I believe the cigar will open up with more aging, but for a cigar that is less than a year old since rolling it is performing well. The construction on the cigar is phenomenal and it is producing a solid burn line with a lovely charcoal colored ash. The draw is perfect, a little bit of resistance, and it is producing a nice bit of smoke with that. So far I am really loving this short smoke and could see myself smoking these most mornings. 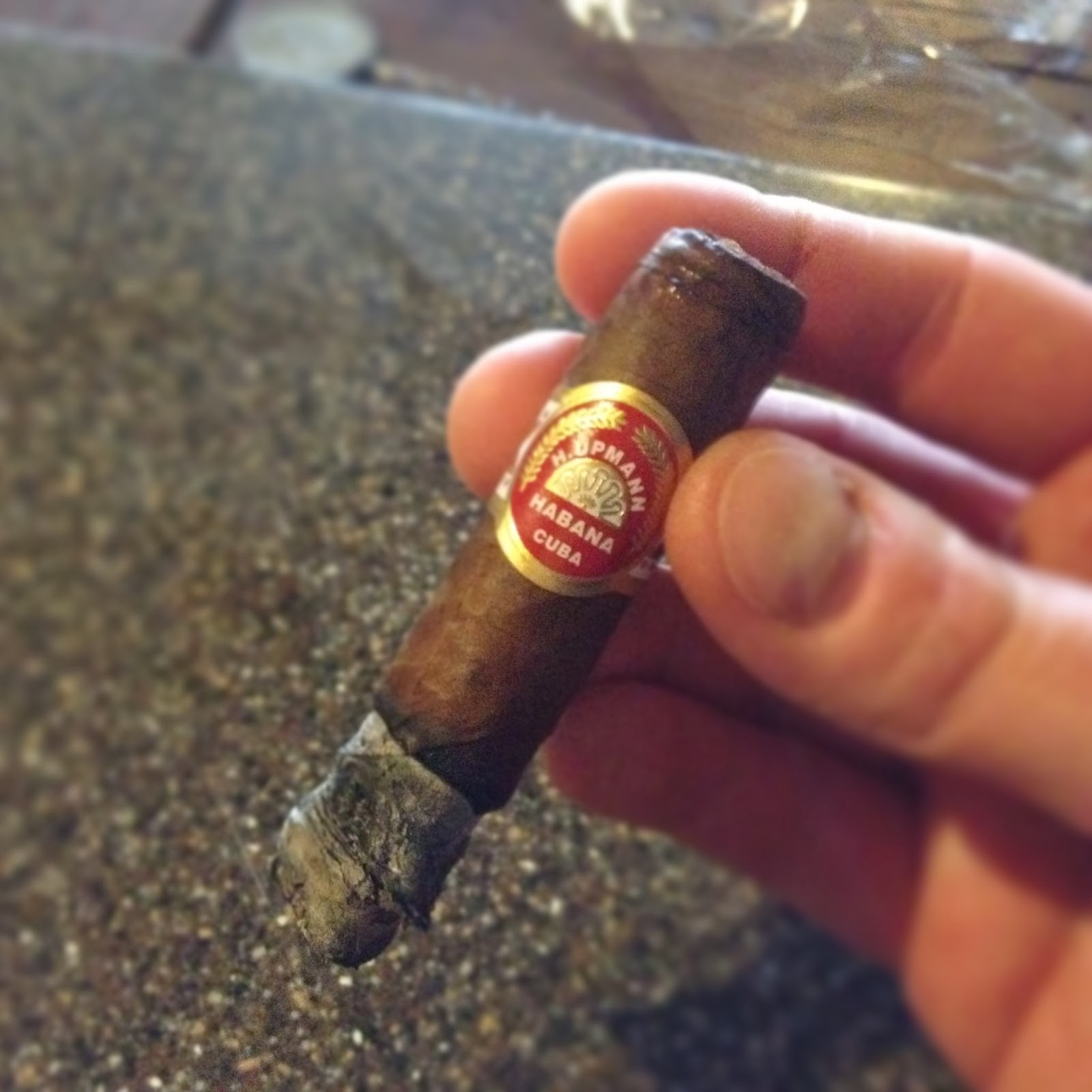 When I get into the second half of the smoke I find that it opens up more and there are some more spice and nutty qualities present with the cigar. There are still those solid oak and cedar notes present as well, and it has a creaminess present as well. I am loving the spice and leather notes with the cigar as well and it is a cigar that is delivering practically the complete picture. The construction on the smoke is top notch in this third as well and it is delivering a great burn line, nearly perfect with a dark charcoal colored ash on the end. The draw on the cigar is phenomenal and it smokes slow which is terrific for a small cigar like this. I would say that the strength is smoking at a medium level and the body is right there as well. It is an easy smoke in that sense and it is a cigar that focuses on flavors. I think that is the case for most Cubans, and not always the case for others. 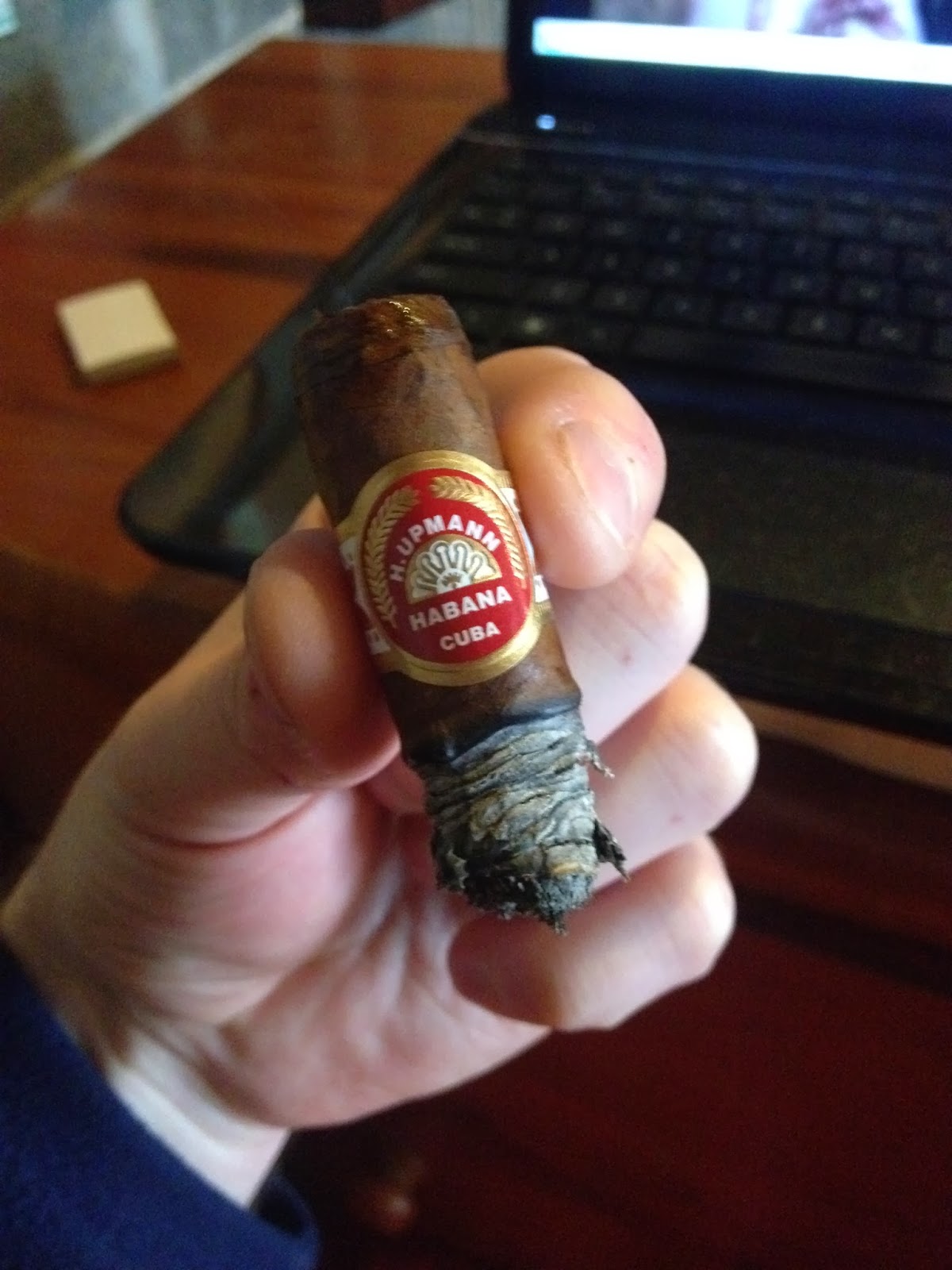 The Half Corona  is a terrific smoke that has one problem and one problem only; the cigar is too damn short! It is a hell of a cigar that has amazing flavors, but it is a cigar that needs to be half inch longer in my opinion. It still delivers tons of amazing flavors throughout the smoke and has a great body and strength level, but it is a cigar that if it had another half inch would be even better. The flavors delivered were complex from beginning to end, and it did show some transitioning, but it had tons of balance and depth to it which is important. Since this was released in 2017 a lot of American manufacturers have been making cigars similar to this size, longer, but very similar and I believe that they are paying tribute to this smoke because of that. Overall this cigar is still young and needs some more time in the humidor, but I believe in six months it will open up more, and then in a couple years will be phenomenal. I am giving this cigar a solid 91 rating right now and look forward to the future years of smoking. 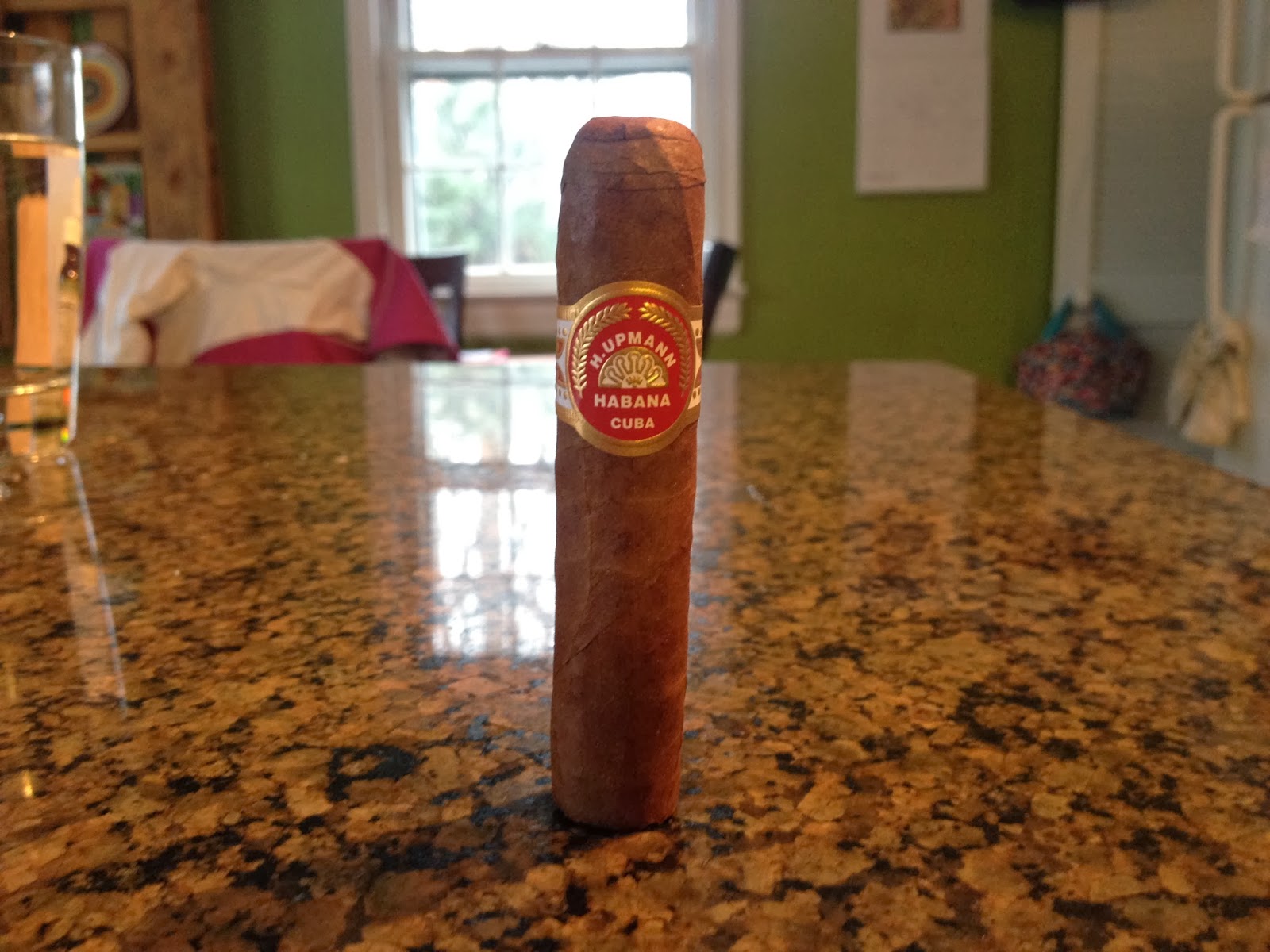