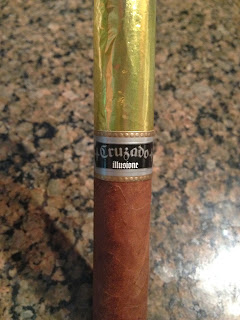 When it comes to manufacturers we all have our favorites. Whether it is Tatuaje, E.P. Carrillo or Illusione, that certain manufacturer makes cigars that appeal to you as a smoker. With that being said I do not believe many smokers can say with comfort that they enjoy everything a handful of cigar manufacturer produce. I guarantee that you yourself can not name five manufacturers whose portfolios you enjoy entirely. You may be a huge Liga guy, but I will say with confidence that you do not care for everything Drew Estate makes. I am a big fan of Tatuaje, and even I don't love their entire portfolio. He has a handful of cigars that do not speak to me. To me there is only one company, there use to be two, that makes cigars in which I enjoy the entire portfolio. That company is Illusione.

Illusione has produced nothing but amazing cigars to me as a smoker. Whether it is a Cruzado, Epernay, Orginal Documents, ULTRA, Rothchildes, Maduro, Singulare, Cuchillos Cubanos or even a Candela, I love their sticks. I think Dion is producing incredible cigars and manages to do it at a level between "under the radar" and full on "center of attention." One line of his that seems to be fairly low key is the Cruzado line. This is a great line in my opinion as I believe it brings together the Original Documents and Epernay. The Cruzado line was released in 2008 and was an all Nicaraguan cigar that was composed of Nicaraguan Corojo 2006 and Criollo '98 tobacco with the Criollo tobacco being the dominating tobacco. The wrapper on the cigar is Nicaraguan Criollo Rosado and like other cigars made by Dion the cigar is made in Honduras at Raíces Cubanas. 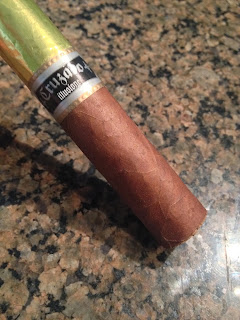 For this review I smoked the newest offering to the line, the Marelas Supremas. The cigar is a 6.25" by 52 ring gauge toro and is called the Toro 109. It is called 109 because in Cuba, they roll cigars from time to time with a rounder head rather than a flatter head. These cigars they finish with the number 109. This was the case with the Edmundo Dantes El Conde 109 2007. Another unique quality to this cigar is that the gold covering only covers the top 3/4 of the cigar. This is similar to what E.P. Carrillo did for Federal with the Federal Cigar 92nd Anniversary EPC Medalla D’ Oro and Habanos S.A. did with the Bolivar Gold Medal. As mentioned earlier, the cigar is a Nicaraguan puro and is beautiful in hand. The cigar has a wrapper that has a beautiful dark Colorado coloring and it shows some minor veins throughout. It is smooth and has fine gritty texture to touch with an aroma tobacco, raisins, spices, cedar and cocoa. 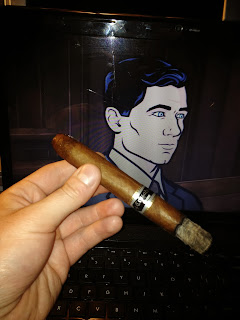 Lighting up the cigar I am greeted by wonderful dark chocolate notes. There are some oak and cedar notes with that, but it is mostly of dark chocolate. I am getting some espresso and leather qualities as well and it is a round cigar with lots of depth. There is definitely a complexity to the cigar, but that is the case with everything Dion releases. In terms of strength I would say the cigar is smoking at a medium level in terms of strength and the body is at medium full. To me it is a perfect cigar in terms of balance in flavors, body and strength, and it is a cigar I would smoke at anytime of day. The construction in the first third is great and it is producing a wonderful burn line with a solid ash that is light gray in coloring with some brown aspects. The draw is cool, producing tons of smoke, and I am loving how this cigar is going.

I am in the second third of the cigar now and there is a nice transition in terms of flavors. The dark chocolate and heavy wood notes have faded, but there is a rise in other areas. The Toro 109 is showing great depth with some nice complexity and this is a tasty smoke. There are some solid coffee bean notes popping in this third and it is accompanied by some earthy, wood and cocoa flavors. The peppery spice is still very present with the cigar and every draw is wonderful. This is a cigar that you do not want to put down or a lose one second of enjoying. The strength and body are between medium and medium full in this third and I could smoke this cigar at anytime of day. More often than not I would smoke it in the afternoon or evening, but I could enjoy this in the morning as well. The construction on the cigar is fairly solid and it is showing a slightly even burn line with that brown charcoal ash that is holding on firmly. 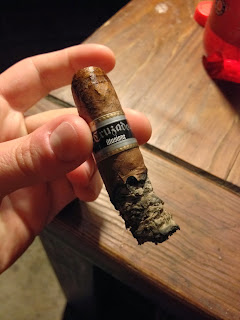 I am in the final third of the cigar now and the cigar changes slightly again making it even more complex and unique. It is in this third that the pepper flavors really pop and it is accompanied by bits of cedar and oak. There is a nice leathery flavor present with those main characters and I am getting some coffee and earthy qualities on the finish. The cigars sweetness has lessened throughout but remained just as enjoyable. The construction in the final third remains fairly similar to the second third and it is slightly even with a brownish charcoal colored ash. The strength and body of the cigar remain at a medium to medium full level to the end and it is producing a great amount of smoke with a cool draw. The final draw is cool and it shows great Criollo and more importantly, wonderful Cruzado flavors.

This was an excellent toro and a great example of the Cruzado line. I am a huge fan of Nicaraguan Criollo tobacco and this cigar shows how amazing it can be. The cigar produced a great amount of smoke and had a lovely flavor profile that showed transitioning from beginning to end. There were definitely some nice complexities with the cigar and it had depth overall. To me these cigars are right there between Original Documents and Epernay in terms of body and strength and overall they are between medium and medium full. The construction was fairly solid throughout and it produces a solid ash that held on firmly. I love the head on these cigars and it is very unique. The 109 doesn't make the cigar a full on figurado so I like to refer to them as figurado minors. There is a nice uniqueness and feel to the heads and this was something new and fresh for Dion. I am giving this cigar a 92 and will be smoking tons of them down the road. 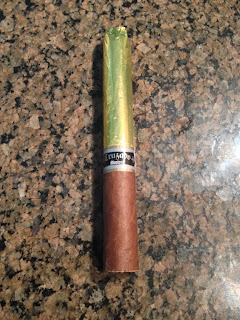