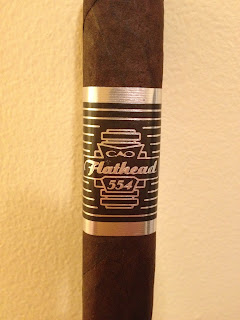 If there is a company that I have not smoked a lot of cigars lately it is CAO. My local shop does not carry a lot of their sticks and I do not order a lot of them online. It is not that they are bad, it is that they do not speak to me as a smoker. I still smoke some CAO Italia Ciaos from time to time and that is because I love the line and the use of the Italian tobacco. I know the Italia line was a line that had smokers divided, and I was on the side of loving the cigar. When General really took over the company and they lost some of their founding creativity I felt they lost some edge, but recently General reached out to me and wanted me to review some of their smokes. Like any company that sends me smokes, I go into the cigars open minded and here I am reviewing the companies latest.

The new release from CAO Cigars this year is the CAO Flathead. The cigar was showcased at the 2019 IPCPR and is a cigar that pays tribute to the days of hot-rods and pin-up girls. Like the roofs of the old hot-rods, the cigar is severely box-pressed and looks like a chocolate bar. The label looks like an engine underneath a car hood and it is a classic example of some CAO banding. The cigar is packed full of Nicaraguan tobacco and has a brawny Connecticut Broadleaf wrapper. For this review I was given the V554 Camshaft, and the cigar measures 5.5" with a 54 ring gauge. The cigar possesses a solid cap with a wonderful pressin, and has a color that is solid Maduro. The wrapper is firm and oily, and it has some nice tooth throughout as well. There is an aroma of chocolate, rich earth, tobacco and coffee to the cigar and it is showing some classic maduro and Nicaraguan qualities. 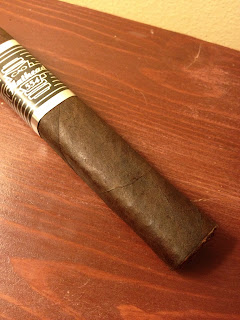 Lighting up the cigar I am greeted by flavors that are dark and tasty. I am getting some lovely cocoa and coffee bean flavors to begin with, and it is then showing some great earthy and tobacco notes. There is a nice soft spice flavor present as well, and it is showing a lot more red pepper notes than anything else. It is a rich cigar and very robust. I would say that the strength of the cigar is at a medium full level and the body is right at a solid full level. The construction is pretty decent. I am getting a slightly wavy burn line but it is producing a beautiful light gray ash that is holding on firmly. There is a lot of smoke being produced and it has a great cool draw. I am really enjoying this cigar and completely blown away by the flavors being produced. 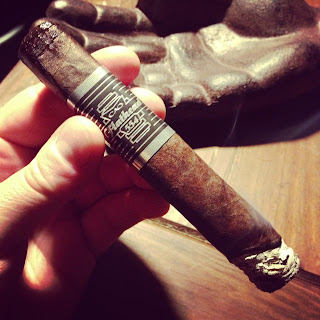 When I get into the second third of the cigar I find that the flavors are growing in terms of body and strength and the cigar is taking me further down the rabbit hole. There is this nice new meaty presence to the cigar and it is really bring out the red pepper notes. The tobacco notes are really popping in this third and it is finished by the lovely dark chocolate, rich earth and coffee bean notes. The strength of the cigar has increased to a near full level and the body is remaining at that great full level which it had been since I lit up the smoke. The construction is fairly similar in this third. It is not perfect, but it is performing fairly well and producing a lovely light gray ash on the end. The ash holds on firmly and I am getting a lot of smoke produced with each draw. 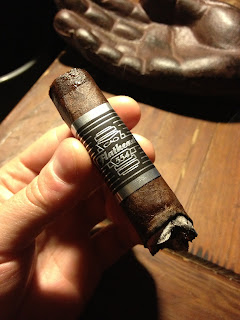 I am in the final third of the cigar now and there is a great transition in this third that takes the cigar to a whole new level. What seemed like a cigar that was getting darker and stronger has quickly turned into a smooth, creamy and rich finish. The last draw on the cigar show some great cream and cocoa notes, and it is accompanied by some earthy and tobacco qualities. There is a nice smoothness to the cigar and also this terrific minty quality. It is a fantastic finish in my opinion, and it leaves me wanting another. The body and strength are slightly below medium full when the cigar comes to and end and it is smooth and rich. To me this is like a dessert the way it all ends. The construction is showing a great burn line in the end and it is producing that lovely light gray ash against a razor sharp burn line. The final draw is smooth and cool and filled with wonderful flavors of mint and chocolate. 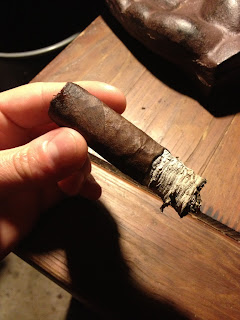 There are a times when a cigar blows you away and this was one of those times. I had heard good things about the cigar from my friend Cigar Coop, but like most cigars you need to smoke it to really know. This cigar blew me away and it was the best CAO I have had since they released the Italia. Once again, yes I loved the CAO Italia. The cigar shows terrific flavors that had depth and complexity, and it had transitioning throughout the cigar as well. The construction was solid and it was a smoke packed with tobacco. The box press was absolutely amazing and it was almost a perfect square press. I loved the use of the Connecticut Broadleaf wrapper and it is a cigar that I will definitely be coming back to down the road. With great strength and body levels from beginning to end this is a cigar that is great to end the evening with. I am giving this cigar a solid 91 right now. 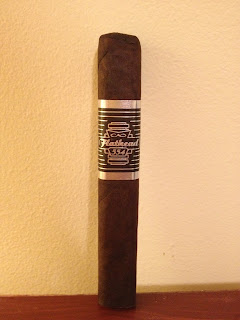