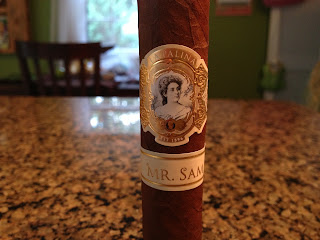 Going into the 2019 IPCPR, La Palina was flying under the radar and it appeared to have a low profile year at the show. They had just released the Goldie Laguito No. 5, and things were going great for them. Then, at the end of June, the company sent their cigar release information to the media and retailers with several new releases being mentioned. Unlike a lot of other companies, they did not focus on cigars that were massive, but looked at some old school vitola offerings. I personally appreciate that, and I believe it says a lot about La Palina as a company. Too many manufacturers are making large cigars that are simply out of control. Besides announcing the release of cigars in the more traditional offerings, they announced another limited release. La Palina has become well know for making great limited releases, Goldie Laguito No. 2 and Laguito No. 5, but they got even more limited with a cigar announced in the email. The cigar would honor the companies history, and honor the man who started the company. The cigar is called Mr. Sam, and when I first read about the cigar I was eager to smoke it.

Mr. Sam takes its name from Samuel Paley, the founder of La Palina. He coined that nickname from his employees at La Palina, and this was a company filled with employees that loved him as a person. The company was founded in 1896 and was resurrected in 2009. It is incredible to see advertisement and old boxes from the company from the early 20th century, and I am in the process of framing some old advertisement I have from the company. The cigar, Mr. Sam, is very limited, only 850 boxes of ten cigars, and is made in Miami, Florida at El Titan de Bronze. The cigar measures 4.75"with a 54 ring gauge and is simply stunning. The cigar has the classic La Palina band, and has a secondary band saying Mr. Sam. The cigar comes in a dark Ecuadorian Habano wrapper and is then finished with Nicaraguan tobacco in the filler and binder leaves. The cigar in some ways reminds me of the La Palina 1896, but I know it will be different in the end. 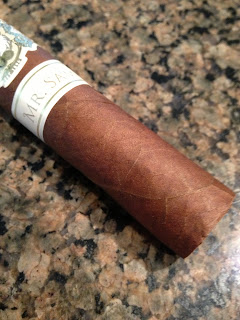 The cigar comes with a beautiful triple cap and is very firm to touch. The wrapper is very smooth to touch and there is a nice silky and oily presence. The wrapper shows some veins, but they are very small and minimal throughout the cigar. The coloring to the cigar has a dark Colorado coloring, and it shows some dark brown and dark red colors throughout. There is great contrast between the bands and the wrapper and in terms of appearance it is perfect. The aroma on the wrapper shows strong tobacco, spice and cedar notes, and at the foot I am getting spices, red pepper, fruit bread cocoa and tobacco notes. It is a rich aroma and wonderful in my opinion. This is a cigar that is starting off on a very high note, and I look forward to lighting this puppy up. 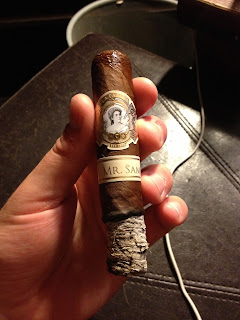 Lighting up the cigar I pick up some terrific sugar cane notes on the get go and it is accompanied by some light caramel notes. There are some nice cedar, tobacco and pepper notes along with that and it is very enjoyable. It is very Cubanesque and in someways different than most La Palina and El Titan de Bronze cigars. The construction throughout the first third of the cigar was terrific and the cigar produced a razor sharp burn line that has a firm ash along with that.The ash is solid and shows this terrific charcoal coloring. I would say that the strength and body of the cigar are at a medium full level and it is a cigar that I would smoke in the evenings or later afternoon. I like the cigar thus far, and enjoy the pepper quality that it is producing.

When I get into the second third of the cigar the flavor profile is continuing to show those enjoyable flavors from the first third, and it has a nice woody, sweet and peppery characteristic. There is a sweet cedar flavor that is pairing with tobacco and caramel notes, and the finish is that of caramel and black pepper. As in the first third, the construction is terrific and I am still holding on to the beautiful ash from when I lit up the cigar. There is that razor sharp burn line with the cigar and you could not ask for more in a cigar. The draw on the cigar is terrific and it is very cool as well. I would say that the strength and body of the cigar are remaining at a medium full level, and this is a very enjoyable cigar. It does not remind me of a lot of stuff coming out of El Titan de Bronze, but I like the uniqueness it possesses. 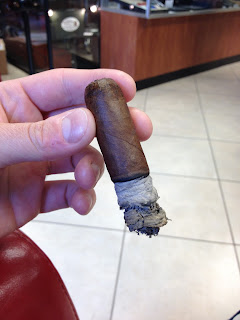 In the final third of the cigar I see a rise in the pepper and wood notes. There are definitely some strong black pepper notes present, and there is an oaky flay present with that. I am still getting some great tobacco notes as well, but the sweet cedar and caramel notes have softened throughout this third. It definitely build in that sense as the cigar comes to a close, and it is very enjoyable. The construction in the final third is as immaculate as it was in the first and second third, and I am not surprised by any means. El Titan de Bronze is known for high quality control, and this is a classic example of that. The burn line is still razor sharp and that solid charcoal ash is beautiful on the end. The cigar remains at a medium full level in terms of strength and body to the end, and the finishing draw is flavorful and cool. This is a cigar that makes you crave for another when you are finished.

This was a great smoke and very different than any other cigar La Palina has released with using El Titan de Bronze as the factory. It was definitely more Nicaraguan than the other cigars they have had come out of the factory, and I would say it is a cigar that captures that Nicaraguan quality that we are seeing on the market today. El Diario  and Maduro shows that true Raices flavor profile, and they are cigars that show some real Honduran qualities. The construction on the cigar was terrific and it was a beautiful smoke in that sense with the flavors it has offered. It is in a completely different field when you look at the Goldie and this cigar side by side, so don't think it will be similar in that manner. I think a lot of smokers will like these sticks and enjoy the limited qualities it possesses. I am giving this cigar a solid 92 and look forward to aging a handful of them. 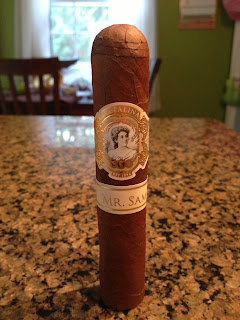