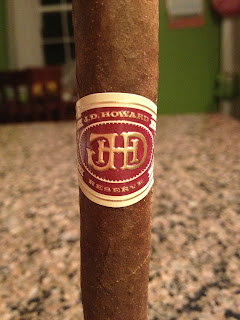 Whether it was Tyrone Power, Roy Rogers, Audie Murphy, Robert Duvall, Rob Lowe, Colin Farrell or Brad Pitt, none of them I imagine captured the true character of Jesse James. Looking back on the actors listed I would say Brad Pitt is my choice, and the movie in which he played him was well done. The only negative thing I can say about it is that the movie and even the title were a little long. It's like Diet Cherry Vanilla Dr. Pepper; a great beverage with a poor name. Anyways, Jesse James is a well known American outlaw who earned a Robin Hood status after his death, and spent most of his days in Missouri robbing trains, banks and stagecoaches. What many do not know is that later in his life, when times were not great for the gang, he lived in Nashville, TN. His wife wanted them to settle down, so they chose Nashville and while there he went by the name J.D. Howard. Nashville, as you all known, is home base for Crowned Heads, and that is where the name for their new cigar comes from.

If you read the first paragraph I am sorry. That is a great example of how one would go around their ass to get to their elbow. I thought about deleting the paragraph and starting over, but in the end thought it would be better for you all to read through it. As I just mentioned, J.D. Howard is the newest smoke in the Crowned Heads portfolio, and it was showcased at the 2019 IPCPR. The cigar is the third core line release from the company, and is in stock at retail stores that carry Crowned Heads. The first two releases by Crowned Heads paid tribute to the companies love for music, both classic and modern rock, but this cigar really pays tribute to their home city of Nashville. In actuality Four Kicks is a song by Nashville, TN band Kings of Leon, so some could say this is the second release by Crowned Heads that pays tribute to their home city. 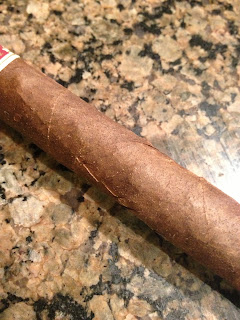 The J.D. Howard Reserve comes in several vitola offerings and all are fairly traditional vitolas. For this review I chose the HR46 and the cigar is a longer corona gorda. The cigar measures 6" and has a 46 ring gauge. Like all cigars made by E.P. Carrillo the cigar is made in the Cuban fashion and is made in the Dominican Republic at Tabacalera La Alianza. The cigar features a dark and rough wrapper that is very dark brown in coloring, and I would say the wrapper is close to a maduro. The wrapper itself has a nice bit of tooth present, and there are some veins present as well. It is a firm cigar to touch, and there is an aroma of tobacco, spices, meat and cocoa, and the foot shows a nice bit of spices, herbs and earth.

Lighting up the cigar I am greeted by some wonderful notes that show wood and creamy flavors, and there is a nice bit of pepper and spices present as well. I am getting some herbal notes with that, and there is an overall cocoa and milk chocolate flavor that is very enjoyable. It is a round cigar in the amount of flavors present, and it has a nice bit of depth and complexity as well. I am finding the strength of the cigar to be at a medium level, and the body of the cigar is at a level between medium and medium full. The construction of the cigar is top notch, and I am getting a razor sharp burn line with a nice firm ash that is holding on to the cigar with ease. The ash is this lovely light charcoal coloring and I am getting a nice bit of thick gray smoke produced as well. 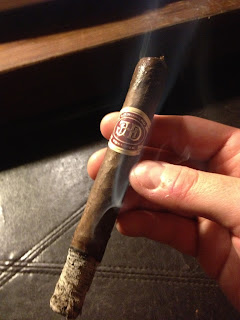 When I move into the second third of the cigar I am finding the creamy and woody notes to be pairing now and working wonderfully at that. There are some great mineral and herbal notes with that, and  it has a terrific cocoa flavor profile present as well. The cocoa notes are these cocoa powder notes that are not overly sweet, and there is this solid milk chocolate flavor following that which is sweeter. I would say the strength of the cigar is remaining at a medium level overall and the body is becoming more medium full like as I get further into the cigar. In terms of construction the cigar is top notch and it is a classic example of a well made cigar by E.P. Carrillo. The burn line on the cigar is razor sharp and the ash has this great light charcoal coloring that is holding on firmly. I am getting a great draw with the cigar and a lovely finish. 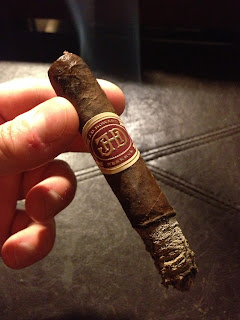 I am in the final third of the cigar now and the cigar is finishing wonderfully. The flavors have really grown and shown some transitioning in each third,and that is the case with this third as well. There is a nice bit of complexity and depth to the cigar and it shows the blending skills of E.P. Carrillo and Jon Huber. There is a terrific coffee flavor present in this third and it is pairing with some dark chocolate and cocoa powder notes. The chocolate notes are not very sweet but more bitter. There are still some solid wood, herb and mineral notes, and it has a very tobacco like finish that is pretty potent. The construction of the cigar is as perfect as it has been, and the razor sharp burn line is perfect all the way to the end. The ash has the same and lovely light charcoal ash coloring, and there is a great amount of smoke produced as well. The final draw is cool and flavorful, and the cigar finishes with a medium strength and a medium full body. 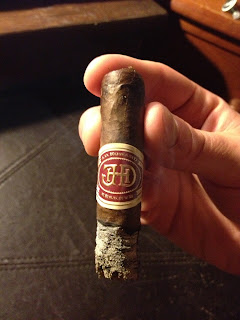 This is a cigar that has grown on me the more I have smoked it. The first time I smoked the cigar I was not thoroughly impressed, but the more I smoked it the better it got. I believe that this cigar is going to get a lot better with age, and I think the blend will age terrifically. I would describe these flavors as being young but mature with age, and I think this is a very different cigar than we have seen from Crowned Heads so far. I was not very surprised by the terrific construction, and that is because of the factory in which the cigar is made. I think one of the smartest thing the company did was team up with E.P. Carrillo to produce their cigars. So many people are going to Nicaragua, and they went to the Dominican Republic. I would not be surprised if you see me raving about this cigar in November and December. I am giving this cigar a solid 90 and I believe it will be even better with age. 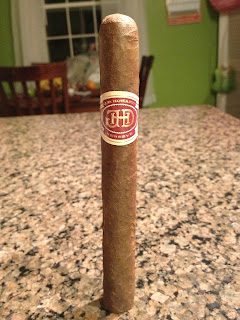 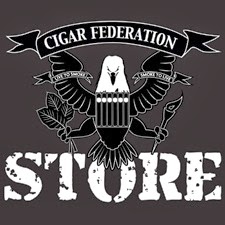