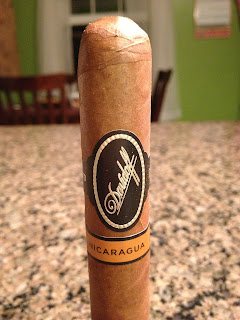 When I heard that Davidoff would be making a Nicaraguan puro I was very excited. Davidoff is an incredible company that typically does not leave their "comfort zone," and this would be a major departure for the company. Known for being high quality and premium Dominican cigars, they are a worldwide company that appeals to all styles of cigar smokers. I honestly believe they are one of the few, if not the only, that really blends a cigar and takes into account the palates of smokers from all over the globe. I rarely come across a Davidoff that I do not enjoy, and I believe the Millennium Blend to be one of the best lines on the market. With that they have lines like the Davidoff Maduro and Davidoff Colorado Claro that are also tremendous. This spring they announced Davidoff Nicaragua, and it was a project that grabbed a lot of attention.

The cigar features a ten year old wrapper that is Habano Seed Nicaraguan Rosado. Underneath that is a binder that is Habano seed from Jalapa. The filler is a blend Viso from Esteli, Ligero from Condega, Viso from Ometepe and Ligero from Esteli. They really touched on the great areas of Nicaragua for this blend, and reading the blend made me want to smoke one. Some people may not know this, or they forgot, but this is not the first cigar by Davidoff to feature Nicaraguan tobacco. They have used the tobacco in the Davidoff Maduro line, and used it quite well. They are most known for using Dominican tobacco, typically with a wrapper from Ecuador, but there was a time that Davidoff was Cuban. 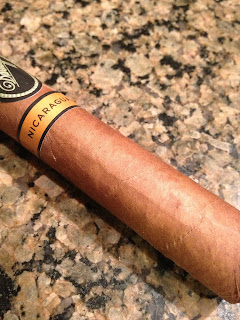 For this review I chose the robusto vitola, and the cigar measures 5" with a 50 ring gauge. As mentioned earlier, the cigar is a Nicaraguan puro and is made in the Dominican Republic at Cigars Davidoff. I did find it interesting that they decided to make the cigars in the DR, but when they provided the reasoning I respected and understood their decision. The cigar features a wrapper that is simply gorgeous and it is silky and smooth to touch. It has a lovely Colorado coloring and there are few veins present throughout. It is firm throughout and it has a lovely cap on the head. The aroma at the foot shows bits of spices, nice red pepper notes, and there are some leathery, hay, wood and earthy qualities. The wrapper shows some of that leather, spice, pepper and wood aroma as well, and it has a nice Dominican and Nicaraguan vibe going for it.

The cigar begins on a light note, and it is showing some terrific creamy and dark chocolate notes. There is a nice richness to the cigar and it is balanced by those lovely light cream notes. Along with those flavors I am getting some oak, tobacco and leather notes. The cigar possesses a finish that has some spices and pepper, and it is very enjoyable. There is a very cool and easy draw to the cigar and I am getting a strength level at a medium level with a body slightly above medium. In terms of construction the cigar is showing a nice burn line, not perfect, but enjoyable, and it has a lovely ash on the end. The ash is holding on firmly and it is showing some terrific gray colors. With a cool draw and some great smoke rings I am digging the first third and looking forward to the second. 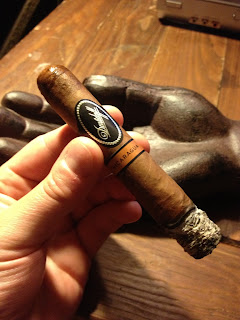 When I get into the second third of the cigar I find that the spice level is increasing and it is showing some red and black pepper notes. I am still getting those great dark chocolate notes and I am picking up some earthy qualities as well. Overall the cigar is keeping that great leather and oak flavor profile, but the present tobacco notes have diminished in this third. The strength of the cigar is remaining at that medium level and I would say the body is closer to medium full in this third. Overall it is not a strong cigar, but for a Davidoff it has got a kick. The construction in the second third of the cigar is solid and it is producing a semi-even burn line. It is still showing that lovely gray ash that is fairly firm on the end, and the draw is cool and enjoyable. 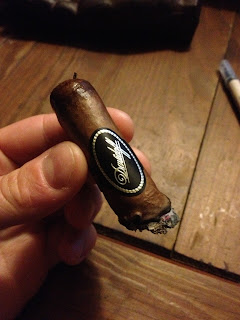 I have been smoking a good amount of these, and the more I smoke them the more I love them. These are Nicaraguan puros that are not like any other Nicaraguan puro. I was chatting with Jose Blanco about these cigars and we both agreed that they will do very well on the worldwide market and to those smokers who are fans of Davidoff. It is not a Pepin or Fernandez smoke, and you can't think that it is. It is a very light and elegant Nicaraguan puro that has that terrific Nicaraguan spice flavor. The construction on the cigar is stellar and it shows everything that is great about Davidoff. As the name says, this is Davidoff Nicaragua. You could say that this is the most Dominican Nicaraguan made or the most Nicaraguan Dominican made and you would be right. I am interested in seeing what my international friends think of this cigar as they smoke Cubans and Davidoff cigars more often than not. Right now I am giving the cigar a solid 91, but I believe the more I smoke them and accept them for what they are I will find them to be closer to a 91. 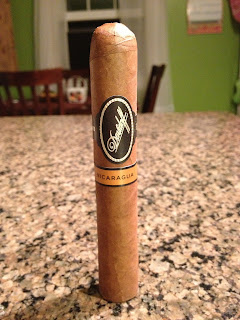 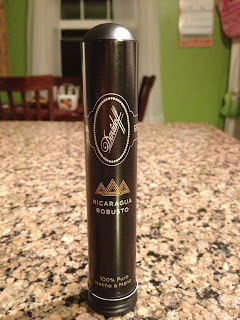