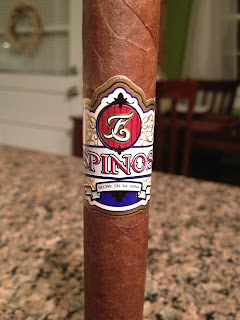 If you want to speak with a cigar manufacturer that has done every possible job in the cigar industry, than the person for you to speak with is Erik Espinosa. Since 1997 he has been in the cigar industry, and for the past 16 years he has worked with all the big players in the game. Erik has owned his own brick and mortar cigar shop, has worked as sales representative, worked as a sales manager and worked as an independent broker. Along with that, he worked with Eddie Ortega, his former partner, for many years with EO Brands. The two created the brand in 2004 and had successful lines like 601, Murcielago, Cubao and La Bomba. Where it gets complicated, it is when the company began having Rocky Patel handle distribution.

In May 2010 Rocky Patel Premium Cigars began distribution for EO Brands. That continued for a little over two years. In May of 2010 Rocky Patel bought 50% of the company from Eddie and Erik, and things began to change. Rocky saw how successful the company was and how profitable they could be. Eventually on January 31st of 2018 Eddie Ortega announced that he would be leaving EO Brands. With his announcement of stepping down as President of EO Brands, he announced that he would be creating Ortega Premium Cigars. Eddie would return to working with My Father Cigars to produce his own lines. Erik continued to remain with EO Brands though until July 2018. That same month Erik and Eddie bought back the 50% share that Rocky Patel had purchased in 2010, and got control of EO Brands again. The two divided the lines of EO Brands and went their own ways. Erik got 601, Murcielago and Mi Barrio, while Eddie got Cubao, REO and Vibe. At this point Eddie had Ortega Premium Cigars, and Erik recently announced that he would produce the cigar lines he had control over under his new company called Espinosa Premium Cigars. 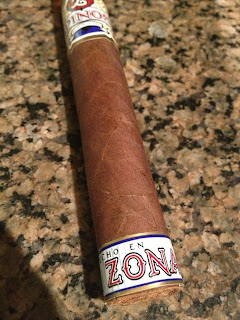 We are almost done with the history, I swear. Now that Erik had his own company, it was time for him to establish some roots as a manufacturer. Interestingly enough, in early 2018 Erik had built La Zona, which was his personal factory in Esteli, Nicaragua. It was at this factory that Erik would be able to create his own lines and do everything the way he wanted to do it. Before the creation of La Zona, his cigars were being made at My Father Cigars S.A. and TAVICUSA when Rocky Patel got into the picture. Since 2004 Erik had been creating cigars in the Cuban fashion, and when production was moved to his factory of La Zona, he wanted to continue with that tradition. (rolled entubado with triple cap) Once in his new factory of La Zona Erik created his first personal blend, and first creation of Espinoa Premiums Cigars. That cigar would be Espinosa Habano.

Espinosa Habano is a Nicaraguan puro, and a secretive one at that. Erik has said tat the cigar is all Nicaraguan, but will not give specific information on the blend. Quoting Erik, "the colonel will never reveal their 11 herbs and spices." I like that he is keeping the blend secretive, and it makes consumers like you and I guessing what tobacco is being used inside the blend. For this review I chose the Toro, and the cigar measures 6" with a 52 ring gauge. The cigar is beautiful in hand and very silky. It has a solid Colorado coloring, and a nice triple cap. There are some veins present throughout, and to me it is the classic specimen for a terrific cigar. There is an aroma of leather, cedar, caramel and coffee on the wrapper, and I am getting some hay and tobacco notes at the foot. This is a cigar that I am truly eager to smoke and I am picking up good vibes. 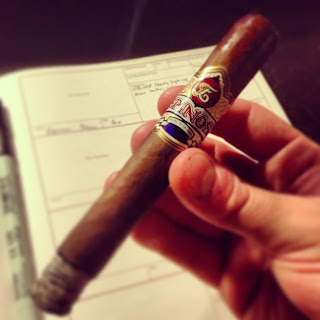 Lighting up the cigar I am greeted by wonderful vanilla, oak and caramel flavors. It is almost like ice cream it is so tasty. There are some leather and tobacco notes present with that, and it is has this wonderful finish which is showing great floral qualities. Definitely a flavor bomb from the get go, this is a cigar I really look forward to smoking through. I would say the strength and body of the cigar is at a medium level, and it is a nice way to start off the smoke. There is a great burn line to cigar and it is razor sharp. The ash is this lovely charcoal color and it remains firmly on the end. I am blow away by the first third of this cigar and the cigar in general. I heard good things going into the smoke, but I was just slacking on smoking the cigar. If I were to be in front of Erik right now I would pull a Wayne's World, fall to the ground, and bow yelling I'm not worthy!

When I get int the second third of the cigar I find there to be a rise in pepper notes from the first third, and it is creating this spicy quality that is pairing with the oak and leather notes from before. I am still getting a lot of vanilla and caramel flavors as well, and the complexity in the cigar is terrific. It has really become balance between this wonderful sweetness, and this nice spiciness. There has definitely been a transition in the flavors from the first third, and with the depth and complexity the cigar is terrific. The strength and body of the cigar have increased in this third as well, and I would say that we are coasting a long a medium full level for both right now. Construction is simply terrific, similar to before, and there is a razor sharp burn line with a cool draw. The ash is this lovely and solid charcoal, and it is a prime example of a cigar constructed perfectly. 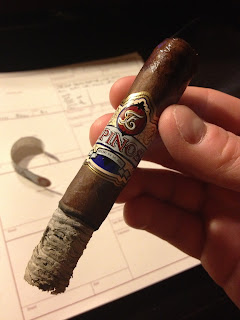 I am in the final third of the cigar now and the flavors are finishing similar to the second third, but there is a nice tough of the first third present as well. I am getting this nice wood and creamy vibe with the spices, and it is complimented by some leather and oak notes. There is not as much pepper in this third,  and everything pairs together harmoniously. I would say that the body and strength in this third have gone down to a level between medium and medium full, and it is a nice finish to a cigar. There are times where I like the cigars to end like pepper bombs or full tilt, but sometimes it ruins the cigar. The construction is immaculate, and that is one thing I can say about the cigars I smoked for this review. Every single cigar smoked great. With a perfect burn line, and great ash, the cigar finishes cool and very enjoyable.

This cigar is a terrific smoke that is packed with flavors, and remains medium to medium full in body and strength from beginning to end. It is a cigar that I would smoke anytime of day, and is a cigar that I would have multiple times in a day. Hell, I would smoke this baby back to back all day. Construction was wonderful from beginning to end, and it produced this gorgeous ash that was firm throughout. Erik really showed his skills and talents with this cigar, and it is perfect cigar to put your name on. I will definitely be smoking more of these in the future, and look forward to smoking the maduro version. Personally I would love to see this line have a corona gorda addition, but I am not going to get greedy, instead I am going to keep on enjoying this terrific toro. I give this cigar a 92, and what a terrific first cigar by Erik and Erik alone. 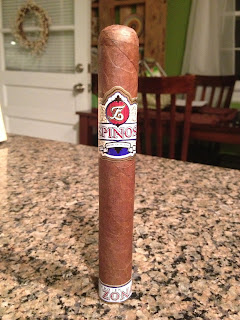