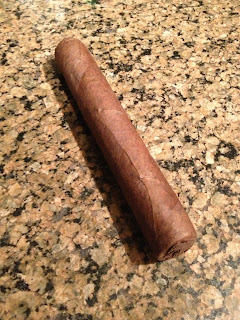 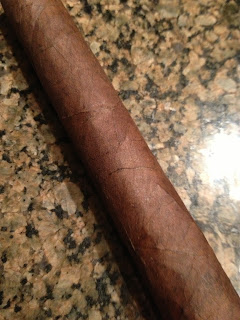 The Gran Cojonu was originally launched with the Cojonu 2006, and both cigars were follow ups to the Cojonu 2003. The Cojonu Series is a collection of cigars that Pete Johnson releases every three years. The line consists of the Cojonu 2003, 2006, 2009 and the 2018 Sumatra, Reserva and Habano. The Gran Cojonu is a cigar that really sticks out from the group because it is unbanded and is in a 60 ring gauge format. The cigar is made in the United States at El Rey de los Habanos, and until 2006 was a Nicaraguan puro. The cigar features Nicaraguan fillers and binders and has an Ecuadorian Habano wrapper. I have already said the cigar is a 60 ring gauge cigar and it has a length of 6.5". The cigar comes with a nice closed foot and has nice balance between softness and firmness to touch. It is a massive cigar and the wrapper that covers it is silky with some veins present. There is a beautiful triple cap at the end and it has a coloring throughout that is Colorado Maduro and reminiscent of a chocolate bar. There is an aroma to the cigar of cedar, leather, tobacco and pepper, and I am getting some cocoa notes at the foot.

Lighting up the cigar I get an incredible draw and it is producing a lovely bit of smoke. The draw is fairly easy and with the large ring gauge very cool. I am getting soft cocoa, coffee and leathers notes predominantly, but I am also picking up some cedar, sweet tobacco and peppery flavors. There is this lovely sugarcane sweetness to the cigar as well, but it is fairly subtle. I would say the body on the cigar is between medium and medium full and the strength level is right around there as well. It is early on the cigar, and with it being very large it is smoking cool which can give the impression of being softer overall. The construction is wonderful and it is producing a lovely ash that is firm on the foot and showing solid charcoal coloring. So far this is a great gordo. 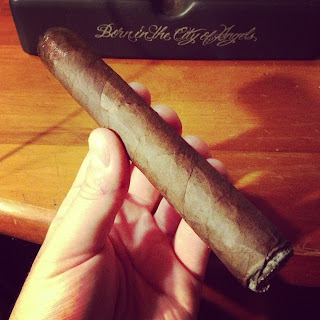 I am in the second third of the cigar now and I am finding the pepper and spice notes to increase in this third. It is not too spicy or peppery, but you can definitely pick up their presence more in this third than before. There are some solid earthy notes in this third as well, and I would say this this third is bolder and richer than the first. The cocoa notes are really popping and there are some coffee notes with that which produces this cafe mocha that has some spice and cedar qualities with that. It is still performing well in terms of construction and I am getting a nice cool draw in this third that is producing tons of smoke. The burn line is a nice razor sharp line and it has a charcoal coloring identical to the first third. I would say that this third shows more medium full qualities than the first third in terms of body and strength, and it is growing in that sense as a cigar.

The final third continues to grow from the second third and I am getting a strength and body level that is a high medium full. The cigar is still smoking cool in terms of the draw, but you can get the strength and body as the cigar comes to a close. It has a nice damp wood and earth flavor profile in this final third and while it is showing those cocoa and earthy notes, it is not as sweet as it was in the second third. There are some soft spice notes present in the final third of the cigar, but I would say they are softer than they have been in the past. Overall the cigar finishes showing flavors that are very basic, but enjoyable. The construction is terrific in the final third, as it has been throughout, and it is smoking cool while producing a solid burn line and a nice charcoal colored ash. I smoke the cigar down to the very large nub and put it down when my fingertips get hot. 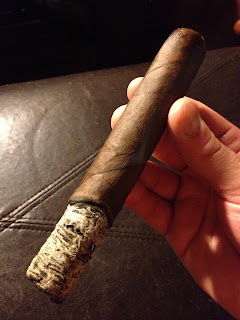 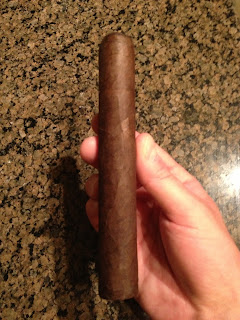